A New Defense Policy Yet to Come. Two Remarks on the Current State of CSDP

After the establishment of the EU’s Common Security and Defence Policy (CSDP, earlier ESDP) in 1999 and first operations since 2003, the last decade – roughly speaking until Brexit and the election of Donald J. Trump as U.S. president in 2016 – has been characterized by rather silent defense-policy waters. Several factors led to this situation: the French Non! to the EU Constitutional Treaty in May 2005 put CSDP’s most committed proponent on an integrative backseat until 2007. Then, the 2008 financial crisis was directing attention elsewhere, while also considerably straining defense budgets. Subsequently, the Libyan War (2011) was a serious blow to defense integration given the EU’s inability to agree on joint action.

Finally, another explanation for limited progress and effectiveness in EU security and defense is often forgotten: as Christopher Bickerton explained crucially in his 2011 book European Union Foreign Policy. From Effectiveness to Functionality, operations and capabilities are but two functions of CSDP – at least equally important is CSDP’s internal function as part of a new European integration process beyond peace and economics. Thus, despite the consequent establishment of the EU as low-intensity security management institution in its neighborhood and, first and foremost, Africa, capabilities, effectiveness, and conflict outcome were not all that mattered to CSDP – as I argue elsewhere: until Libya.

2016, however, was marked by new CSDP dynamics. Brexit means that one of Europe’s two major military powers leaves the EU, necessarily creating repercussions for CSDP. Additionally, two more events certainly led to some new dynamics in CSDP: first, the publication of High Representative Federica Mogherini’s Global Strategy in October 2016, laying out an analysis of world politics and a vision to act in all fields of external action; and secondly, the election of Trump, whose rhetoric and actions heavily rely on anti-EU and anti-NATO ideas. Consequently, in December 2017, the Council agreed to establish a Permanent Structured Cooperation (PESCO) in defense matters – the never-before activated novelty of the Lisbon Treaty. PESCO unites 25 member states – all but CFSP/CSDP opt-out Denmark, Malta, and the leaving UK – who commit themselves to increasing defense budgets and operational readiness while engaging in almost three dozen joint projects from all military areas, including cyber security and strategic enablers. At about the same time, the newly-elect French president Emmanuel Macron proposed a European Intervention Initiative (EI2) that shall bundle capabilities and states willing to improve readiness and actorness. Additionally, the Commission has considerably increased the European Defence Fund. The European Defence Action Plan or the EDA’s Coordinated Annual Review on Defence (CARD) are further initiatives that aim at fostering defense cooperation since late 2016.

The current activities deserve merit because of the new political situation CSDP and the EU are facing: on the one hand, Brexit removes an internal stumbling block to far-fetched institutional initiatives. On the other hand, formerly strongly NATO-preferring countries, also among the eastern member states, are now more open-minded about CSDP. And ultimately, Trump’s political stance certainly made people aware that more European autonomy and actorness-capabilities are needed when transatlantic relations and reliance on the U.S. are no longer taken for granted, even among the staunchest American allies. Therefore, after some years of relative dormancy, CSDP indeed received a new impetus.

On this blog symposium, von Achenbach calls the 2016+ initiatives the “EU’s New Defence Policy”. Whether the current initiatives will ultimately be able to move CSDP forward is too early to tell. This blog post, however, wants to raise two objections against politico-integrative euphoria: first, I agree with the view that the current initiatives are marginal in comparison to the EU’s needs for becoming a flexible, ready, and willing autonomous security and defense actor; and second, I will expound that autonomy still matters though in a different way than it did before, posing a particular challenge to EU actorness.

PESCO’s Limitations, the Lack of a Strategic Culture, and Political Inadequacy

European initiatives have a long history of shortcomings (e.g. Headline Goal implementation), non-implementation (headquarters), or non-use (Battlegroups). The EU is not necessarily to blame for this in the face of CSDP’s mainly intergovernmental character and chancelleries’ suspicious eyes on losing autonomy to the Commission in a field traditionally defined as national prerogative. Despite some new political and legal inroads resulting from the Commission’s involvement, short of nations’ willingness to take consequent (e.g. capability development) or swift action (a mission), CSDP is and always will be grounded. PESCO’s capability projects are laudable efforts at developing member states’ assets and the European defense industry. Especially the National Implementation Plans can serve as a tool to exert pressure on member states, at least through naming and shaming. The involvement of the European Defense Agency and the European External Action Service’s Military Staff also has the potential to move projects further through smooth(er) coordination.

Two predicaments remain though: first, by no means will the currently envisaged 34 projects – with high variance in member-state participation and an orientation toward training, issues of communication and interoperability improvement, except for six projects with kinetic qualities – be enough to make up for losses of US assets through diminished transatlantic cooperation. Although PESCO projects address – some – long-known gaps that could make the EU more independent from the U.S., the projects won’t make the EU fully independent. At the same time, member states continue to cooperate on other projects outside PESCO, such as the development of a new fighter aircraft. In sum: PESCO is about security management operations, not defense – or, as Daniel Fiott has put it recently: CSDP is currently placed somewhere between taking responsibility and hedging but not aimed at emancipation from the U.S. Given that transatlantic turmoil is going to last beyond the personality and politics of Trump, we must wonder whether these commitments meet the requirements of the contemporary politics of a decaying transatlantic security and defense community.

The other aspect PESCO does not address is the continuing lack of a common strategic culture that could guide more frequent and/or forceful EU actorness. European states do simply not (yet) agree on security and defense policy interests and, importantly, whether and how to use armed force. Although Brexit might take away some dissent that we have witnessed in the past – such as the eternal quarrel on NATO primacy or military EU headquarters –, we neither see the Germans giving up on the Bundestag’s prerogative of sending troops abroad (in defense: they can’t do so for constitutional reasons), nor on their culture of self-restraint, nor that the French would be willing to cede their ability to swift action. Therefore, as Howorth and Menon have observed, we continue to be stuck in the quandary between abstract claims for sovereignty/autonomy and concrete actorness-insufficiencies. PESCO addresses important capabilities but having the same material and personnel with the same training does not lead to agreement on when and how to use it/them.

Despite the unifying momentum, concerns about losing sovereignty/autonomy in the use of armed force do not belong to a bygone era. I want to suggest, however, that today, they matter differently to European security and defense than we commonly think. The main point here is the 2011 war in Libya, when the EU was paralyzed and unable to unite claims for engagement (mainly from France and the UK) with those against (i.e. Germany), leading to action within an alternative NATO+ framework. What has not always been taken into proper consideration is that this conflict occurred against a new French position that had pragmatized its CSDP and NATO policies considerably since president Sarkozy to the point of emphasizing outcome-effectiveness over institutions. Therefore, the disappointments of Libya could not have been bigger for France. For the following years, this led to a French posture that did not sideline the EU entirely but put any integrative verve that was not directed at producing working solutions on a backburner. Although Macron’s decisive pro-Europeanism is certainly meant to reinvigorate EU integration, it has not brought an end to this operational pragmatism. Macron’s European Intervention Initiative is purposefully designed outside CSDP. Thus, we should not underestimate states’ willingness to act outside the EU framework if they think their interests and EU politics/immobility obliges them to do so. Therefore, European and EU-actorness are no longer the same, and autonomy becomes less of an issue. After all, the internal functionality-aspect of CSDP seems to have come to an end. 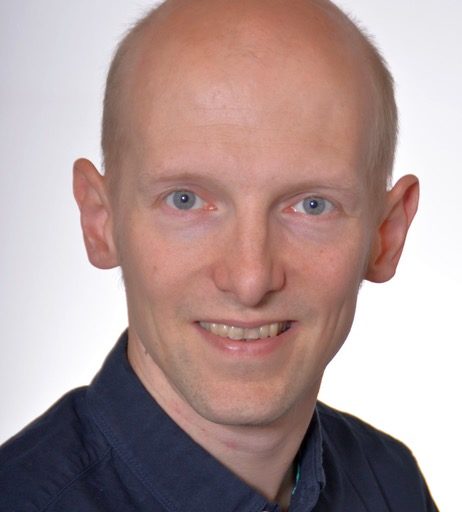