“[…] the Court considers that it was in fact the applicants who placed themselves in jeopardy by participating in the storming of the Melilla border fences […]”.

This is the conclusion of the European Court of Human Rights (“ECtHR”) in its judgement published on 13th February in the case N.D and N.T v. Spain. The Grand Chamber shockingly endorses a practice which opposes the core principles of International Law and the protection of fundamental rights. This decision repeals a previous ECtHR judgement of 2017 which had condemned push-backs and which Spain had asked to be referred to the Grand Chamber. But all hope is not lost: The Spanish Constitutional Court will rule on the “rejections at the border” provision in the near future and has the chance to uphold Spain’s international legal obligations.

The slap in the face

N.D and N.T, Mali and Côte d’Ivoire nationals, tried to climb over the fence which separates the Spanish enclave of Melilla, located in the north-west of Africa, and Morocco in 2014. As is common in this situation, Spanish police officers (Guardia Civil) apprehended, handcuffed and handed them over immediately to Moroccan officials.

There was no legal proceeding whatsoever, there was no individual assessment of their circumstances, nor were they offered legal assistance or an interpreter. They had been injured for hours on top of one of the most impenetrable borders of the World. Where were they coming from? Were they escaping from a particular threat? Did they have something to say against their return to Morocco? None of these questions, whose answers undoubtedly have legal significance, mattered at that moment.

However, the ECtHR Grand Chamber, competent to rule only in the most relevant and decisive cases, has found that Spain did not violate the prohibition of collective expulsions, nor the right to an effective remedy: The applicants should have used legal avenues of reaching Spain and they were victims of their own illegal actions.

The ECtHR empties the substance of the protection against collective expulsions and the right to an effective remedy. It distinguishes between legal and irregular entry into the territory of a State and attaches to it the consequence of placing some people outside the protection of the European Convention on Human Rights (“ECHR”). The ECtHR blames the victims for not having made use of other “available” legal avenues, as if trying to jump over the border was a wilful act of disregard for the law and sovereignty of Spain.

Instead of assessing the acts performed by Spanish officials to determine whether the expulsion was conducted collectively against Protocol no. 4 of the ECHR and whether the minimum procedural guarantees of Article 13 ECHR were respected during such a sensitive act as a forced handing over to the authorities of another State, the border and migration elements shift the focus towards the victim.

The argumentation that people attempting to illegally cross the border have other options to reach Spain and effectively access an international protection or migration procedure is a statement as incoherent as it is false (why else, for instance, would so many people risk their lives if an asylum request could be lodged at the official crossing point?). Furthermore, it does not undercut Spain obligations under the ECHR.

The consequence of such reasoning is perpetuating borders as no-rights places for very particular groups: (black) migrants, people from the Global South, the undesirable minority excluded from the benefits of global free movement encouraged for everybody else.

Hanaa Hakiki, one of the applicants’ legal counsellors, stated during a press conference held in Madrid after the judgement was eleased that “in 20 years, the Court will feel embarrassed”.

The UN Committee on the Rights of the Child ruled in 2019 that push-backs conducted by Spain infringe several provisions of the UN Charter on the Rights of the Child. This relevant decision has been neglected by the Spanish Government, which has admitted that only in 2018 there were, at least, 658 people subject to immediate returns at the border. Such a figure evidences to what extent exceptionality is the normal rule at the border and suggests that the real figures could be far higher as they reflect a practice which does not lead to any traceable administrative proceeding and, therefore, is likely to not be registered in any statistic.

The neglection of the UN Committee decision is even more appalling after a far-reaching judgement by Spanish Supreme Court in 2018 which then ruled that decisions of UN bodies interpreting international agreements ratified by Spain have a binding effect. Therefore, the UN Committee of the Rights of the Child, as well as the decisions of the rest of UN committees, must serve as an authoritative interpretation of the human rights provisions applicable in Spain.

This is in line with the Spanish Constitution which states that provisions concerning fundamental rights and freedoms must be interpreted in light of the international agreements ratified by Spain (article 10.2) and that international agreements take part of the national legal order once duly ratified and published (article 96). In fact, States are not prevented from providing a higher level of protection in the field of fundamental rights, and the Spanish Constitutional Court could go beyond the interpretation of the ECtHR and declare push-backs contrary to the Spanish Constitution, as the State Ombudsman has also been demanding over the years.

The “available” legal alternatives mentioned by the ECtHR do not exist. That is what all third interveners, such as the Commissioner for Human Rights of the Council of Europe and the UNCHR evidenced during the proceedings. The applicants could not have applied for international protection in a crossing point in August 2014, despite the fact that 6 applications had been lodged at the Melilla border in 2014. According to the Court itself, even after a law amendment which theoretically enabled crossing border points to receive international protection applications, Beni Enzar point in Melilla received 0 applications from sub-Saharan nationalities in 2014, 0 in 2015, 2 in 2016 and 0 in 2017. Sub-Saharan migrants are prevented from gaining access to this proceeding.

Meanwhile applications for protection lodged at a Spanish embassy lack a proper procedure and are a discretional and exceptional power of the Spanish representative with no real applications nowadays. It is blatant that legal arguments in the judgement split from reality to justify a punitive interpretation of the ECHR.

Spain has been carrying out push-backs in Ceuta and Melilla for more than 20 years, despite the protests of civil society organisations and NGOs. However, Spanish Governments used to deny and hide these proceedings. Migrants trying to reach the Spanish enclaves by sea are equally liable to be pushed-backed to Morocco. Actually, one of these cases put the public spotlight on Spain’s interventions at the border: in February 2014, Spanish Guardia Civil prevented a group of people from swimming to the Spanish enclave of Ceuta, even firing rubber bullets, with the result of 15 migrants drowning near El Tarajal beach.

Videos and pictures of Spanish police forces getting people down from the top of the fence by all means possible, including violent use of force, began to flood the news. News outlets and videos showed what local NGOs and all kind of organisations had tried to make public for years. The Spanish Government reacted by amending the Aliens Law (Ley Orgánica 4/2000) through a controversial new provision added to the Citizens Security Law (Ley Orgánica 4/2015).

As nobody could deny any longer that immediate returns were the reality at the border, the conservative PP-Government of the time decided to render this non-written rule into black on white. Against the concerns of several international organisations, such as the Council of Europe or UNCHR, and NGOs, such as Amnesty International, the Spanish Government converted push-backs into lawful “rejections at the border” by virtue of a law amendment.

Political opposition to the Government strongly positioned against the legalization of push-backs. Some of these political parties, including socialist PSOE, lodged an appeal before the Spanish Constitutional Court against several provisions of the Citizens Security Law, among them the legalization of “rejections at the border”.

Such an appeal is still pending, and PSOE has since then steadily included among their electoral promises to abolish the legal provision on push-backs. However, the acting Government of Prime Minister Pedro Sánchez decided to maintain the referral of the first ECtHR judgement to the Grand Chamber and even used the same arguments as the previous conservative Governments to defend border practices in Strasbourg.

Consequently, political actors, in particular the new Government, with an unprecedented coalition of socialist PSOE and left-wing Unidas Podemos, must play a role. Both of them pushed the appeal before the Spanish Constitutional Court and, although PSOE went from public opposition to a defence of push-backs in Strasbourg as the acting Spanish Government, the current majority in Parliament still supports the repeal of the Citizens Security Law.

Parliamentary fragmentation and political polarization (with a rising far-right party dragging conservatives to more radical positions, including migration and national identity issues) do not excuse the Government from advocating a law amendment and, more importantly, a deep change in border practices.

Protecting fundamental rights and complying with international law at the border cannot wait that long and it is time for the Constitutional Court and Government to keep up with Spain international legal obligations. 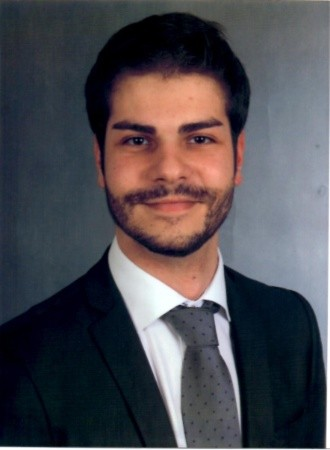 Other posts about this region:
Europa, Spanien 5 comments Join the discussion
Go to Top