A Profit that Creates Loss

The recent UK Supreme Court judgment of 2 February 2022 continues to exclude children from citizenship rights. The Court’s decision is built on the idea that British citizenship is a statutory right rather than being based on common law or human rights law. As a consequence, the court’s focus was on statutory interpretation instead of child welfare.

In the case PRCBC & O v SSHD, O is a child who was born in the United Kingdom in July 2007. In the past, every child born in the UK automatically obtained British citizenship. When the British Nationality Act 1981 came into effect on 1 January 1983 it removed citizenship by birth on UK soil and made children’s citizenship dependent on a number of connections with the UK. One such condition which could give rise to an entitlement of citizenship was ten continuous years of residence from birth. So, while O could no longer gain citizenship by birth in 2007, she attended school in the UK and had never left the UK thus from her tenth birthday she had spent ten continuous years in the UK. While holding Nigerian citizenship, she had also acquired an entitlement for British citizenship. Holding an entitlement did not automatically give her citizenship.  She would still have to register as British under section 1(4) of the British Nationality Act 1981. The registration process includes the payment of a fee. O applied to be registered as a British citizen on 15 December 2017 but was unable to afford the full amount of the fee, which was £973 at that time. Just to provide some context: the amount of the fee in 1983, at the time of commencement of the British Nationality Act 1981 was only £35 but it is now £1012.

The Project for the Registration of Children as British Citizens (PRCBC), an organisation that focuses directly on children and young adults and their right to British citizenship, joined with O in the case while Amnesty International was an intervener with permission from the court. The focus of arguments was on how the cost was unaffordable: the administrative cost of registration is only £372 and the rest, around 640 pounds, is profit from registration. The Home Office justifies the excess charged as money that is used to cross-subsidize other Home Office functions. The Home Office also argues that gaining British citizenship gives young people substantial benefits for which a premium can be charged. The very fact that children can gain some secure rights through citizenship thus becomes a reason for charging them at a higher rate and some children are then blocked from accessing those very rights which have become unaffordable.

Citizenship as a Statutory Right

The Supreme Court decided that the Home Office could indeed charge a fee in this manner as British citizenship is a statutory right rather than being based on common law or human rights law. Primary legislation had authorised the Secretary of State to set a fee as per secondary rules. The Court also pointed out that an entitlement to citizenship does not expire so can be registered at any point in a person’s lifetime that they can afford the fees. Yet, there are some undisputed facts highlighted by the decision. First, that citizenship is of great importance. The court says, “There is no dispute as to the importance to an individual of the possession of British citizenship. It gives a right of abode in the UK which is not subject to the qualifications that apply to a non-citizen, including even someone who has indefinite leave to remain. It gives a right to acquire a British passport and thereby a right to come and go without let or hindrance. It can contribute to one’s sense of identity and belonging, assisting people, and not least young people in their sensitive teenage years, to feel part of the wider community. It allows a person to participate in the political life of the local community and the country at large.”(para 26). Secondly, that there are many children who are excluded from citizenship merely because of not having the money to pay registration fees. The judgment notes “On this appeal it is not disputed that a large number of children and their families cannot afford the fee charged where an applicant is a child.” (para.20). Given the links to rights and the clear exclusion from rights, it is interesting then that the court can treat this case as merely one of statutory interpretation and not one where any substantive rights (whether in common law or under the Human rights Act) have been engaged. Treating citizenship as merely a statutory right perhaps also explains the ease with which citizenship stripping is increasing at present in the UK.

The setting of an economic bar on citizenship rights is reminiscent of the MM case R (on the application of MM (Lebanon) and others) [2017] UKSC 10) in which the Supreme Court had also upheld the setting of a minimum income requirement by the Secretary of State. In the MM case, non-British family members of British citizens would not be able to join them unless their British family member could demonstrate meeting the minimum income requirement. The argument there too was that this requirement was too high and excluded many British citizens from being able to enjoy their right to family life.

Unlike this children’s citizenship fee case, the MM case was clearly about protecting the welfare pot and preventing prospective foreign families from becoming welfare dependents. In the children’s citizenship case too the vast majority of children who cannot afford the fee are likely to be from families who are poor and may well be welfare dependents, but the children are already here, so it seems paradoxical that they continue to remain in a liminal zone because of their economic status. Further, in the MM case the court considered the welfare of children and to the extent children were affected, the Secretary of State was directed to consider their interests and record the reasoning around how they are affected. Although, the minimum income requirement was upheld its effects on children was assessed. In the children’s citizenship fee case, there is no specific consideration of the welfare of children which is strange as they are the ones directly affected by the state and the judgment does refer to the welfare principle in paras. 15 and 22.

The thrust of the court’s decision was not about the nature of children’s welfare and the extent of citizenship rights but about statutory interpretation. The court was concerned with the respective statutory purposes and intents of two acts: the British Nationality Act and The Immigration Act 2014. The Immigration Act 2014 empowers the Secretary of State to set the fees for applications to obtain British citizenship in subordinate legislation, having regard only to the matters listed in section 68(9) of the 2014 Act. Those matters include not only the cost of processing the application but also the benefits that are likely to accrue from obtaining British citizenship and the costs of exercising other functions in relation to immigration and nationality [9-17] and based on this analysis the court found nothing wrong with the fees. Contrast this position with the investor route to permanent residence and citizenship in the UK where a non-EU national can simply contribute millions of pounds and obtain settled, secure status (first indefinite leave to remain and then citizenship). The higher the contribution, the faster they can proceed to citizenship. The commodification of citizenship becomes clear through this contrasting example as clearly money matters, and the status becomes a product available for a price, and even fast-tracked, for those who can afford it while others who are entitled to it may be simply priced out by burgeoning fees.

By buying into the legal arguments for the inflated fees, the recent case continues to exclude children and young people from citizenship rights for no fault of their own. The loss of protective benefit of secure citizenship status to which these children are entitled is the other side of the coin of profit generated by children’s citizenship registration fees. The profit made from the children’s registration fees by the Home Office, which may be used to cross-subsidise other services, comes at a personal loss for those children who remain excluded from all the valuable benefits of citizenship so clearly identified by the court. It is a profit that creates loss. 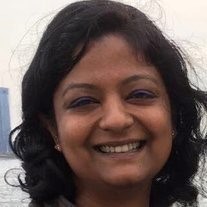