On Thursday, 30 June 2022, after a series of devastating decisions on issues from guns to abortion, the Supreme Court of the United States issued its long-awaited ruling in West Virginia v. Environmental Protection Agency on the final day of the Court’s term. WV v. EPA involved a group of Republican-led states and coal interests which sought to limit the U.S. EPA’s authority to regulate greenhouse gas emissions from power plants by generation shifting from coal-fired power plants to natural gas or renewable electricity generation. In a 6-3 decision, the conservative-majority Court held that the EPA lacks authority to require power plants to achieve the “best system of emissions reduction,” thereby hampering the United States’ ability to tackle climate change—decades after the government first learned of the crisis.

The case centered on the scope of powers delegated to the EPA by Congress via the Clean Air Act, a piece of federal legislation enacted in 1970 to regulate emissions from stationary and mobile sources. In 2015, the Obama-era EPA’s “Clean Power Plan,” a set of regulations issued under the Clean Air Act, was immediately put on hold by litigation. The Clean Power Plan was designed to encourage the U.S.’s transition to a clean energy economy and infrastructure by restricting greenhouse gas emissions from electric power plants, chiefly through the reduction of coal. After President Trump took office in 2016, the EPA repealed the Clean Power Plan and implemented the Affordable Clean Energy Rule, thus rendering the Clean Power Plan—which was still in litigation in the D.C. Circuit Court—moot.

One day before President Biden took office, the Trump-led EPA’s Affordable Clean Energy Rule, which was also in litigation, was ruled invalid by the D.C. Circuit Court (as was the agency’s repeal of the Obama-era Clean Power Plan) because the EPA had relied on an overly narrow construction of the Clean Air Act. Despite the new Biden-led EPA indicating that the agency would come up with its own set of rules to curb emissions rather than reinstating the Clean Power Plan, the conservative-majority Supreme Court agreed (seemingly for no apparent reason) to review the D.C. Circuit’s decision, accepting petitions for certiorari that had been filed by the states of West Virginia and North Dakota, and two coal companies. After consolidating these cases, the Supreme Court heard oral arguments in February, and issued its final ruling last week. That decision effectively hamstrung the EPA’s ability to regulate greenhouse gas emissions under a legal theory called the major questions doctrine.

Until WV v. EPA, the major questions doctrine had never been openly applied by the Supreme Court. According to the conservative majority of the Court, the relatively novel doctrine requires Congress to speak particularly clearly when authorizing an agency to make “decisions of vast economic and political significance” and the Court apparently found no such statement, despite the EPA’s assertion.

While this ruling is disastrous for the EPA’s ability to control emissions, progressive legal scholars and environmental groups alike feared that the Court would issue its ruling on purely nondelegation grounds—which it did not do. The nondelegation doctrine, a legal theory favored by Trump-appointed Justice Neil Gorsuch, has previously been applied to ensure Congress does not impermissibly delegate its legislative power to the executive branch (pursuant to the U.S. Constitution, that power is afforded to Congress alone). In this case, Justice Gorsuch would have applied the doctrine to effectively cripple Congress’ ability to delegate any emissions-related regulations to federal agencies, including those that are most familiar with the science of climate change.

The application of the major questions doctrine in this case did not gut the entire administrative state, as was feared, but it quite dangerously takes the authority to address climate change away from EPA officials and places it into the hands of Congressional politicians. As Obama-appointed Justice Elena Kagan explained in her dissenting opinion, Congressional politicians do not know enough about the science of climate change to sensibly regulate it. As such, “they rely, as all of us rely in our daily lives, on people with greater expertise and experience. Those people are found in agencies. Congress looks to them to make specific judgments about how to achieve its more general objectives. And it does so especially … when an issue [like climate change] has a scientific or technical dimension.” To diminish the EPA’s ability to restrict emissions from power plants at a time when the world is being battered by floods, fires, and droughts, is nothing short of reckless.

Previously perceived by many Americans as the only remaining apolitical branch of government, the U.S. Supreme Court has increasingly become dangerously politicized. The Court’s decision in WV v. EPA signals to the world that the U.S. Supreme Court is more concerned with protecting the interests of polluting coal companies and their allies than cutting climate pollution. The conservative majority of the Court (half of whom were appointed by former President Trump) flatly ignores and disrespects decades of work on the part of climate scientists. As the U.S. is the world’s second-largest emitter of greenhouse gases after China, the politicization of the Court is deeply troubling for global efforts to combat climate change in an equitable manner. The U.S.’s inaction on climate change will continue to affect Europe and the rest of the world (particularly developing island nations) in the form of increased severe weather events, vulnerable refugees, and economic instability.

In addition to the Supreme Court, Congress is now controlled by far-right Republican politicians—many of whom have effectively been captured by the fossil fuel industry and have proven themselves to be uninterested in engaging in bipartisan collaboration to address climate change. As such, bold legislation addressing fossil fuel emissions is unlikely to be implemented in the U.S. for the foreseeable future. Meanwhile, President Biden has few executive tools left to achieve his stated goal of cutting greenhouse gas emissions in half by the end of this decade.

For now, a group of mostly Democratic, climate-forward U.S. governors are still working to address climate change, including by committing to achieve the Paris Agreement’s goal of keeping temperature increases below 1.5 degrees Celsius. State agencies, local governments, and Tribal Nations are similarly continuing to take action to cut greenhouse gas emissions and adapt to climate change. And there is still much that federal agencies can do to curb emissions, notwithstanding WV v. EPA.

Given the implications of the decision, it is clear that the broader world will suffer the decisions of this new, radical Supreme Court. One can hope that the system of federalism that America’s Founding Fathers drafted into the Constitution will be robust enough to withstand these current challenges. To that end, all eyes are now on a handful of daring agency officials and a couple of dozen states as they, alongside We the People, continue to push for climate justice. 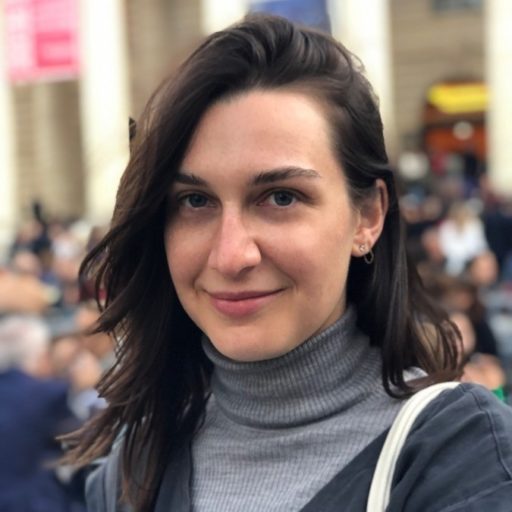