Dissociating Union citizenship from Member States nationality law recognizes and consolidates the assumption that people holding a genuine link to the EU have the right to possess its citizenship, regardless of whether their state of residence is willing to offer it to them. Therefore, I have a principled disagreement with the argument of Richard Bellamy –according to which, offering individuals citizenship of the EU, without the concomitant requirement that they take on the responsibilities of national citizenship, can only serve to erode civicity and solidarity further. On the contrary, I believe that granting the status of European citizenship beyond Member State nationality, in a period noted by the emergence of far-right populism targeting migration as the major threat for European civilizational unity is a win-win solution both for its bearers and the EU itself.

What are the normative arguments for Union citizenship?

One such argument could be the promotion of social cohesion. The acquisition of Union citizenship could enhance social cohesion for the majority of individuals by allowing equal opportunity to maximize on the profits of the status. However, within the given circumstances in the EU, where the moral legitimacy of the Union is questioned and social cohesion is rather fragile, this position may face the counter argument: that the relative dissociation of state nationality and Union citizenship would function as a factor of weakening social cohesion. Given these current circumstances, the “social cohesion” argument to be unconvincing and, concede to, Bellamy’s point. As every utilitarian argument, and other forms of consequentialism, the core question is whether actions are morally right or wrong depending on the effects and not on the principles. Nonetheless, there is a problem here. We can be confident that criminals or terrorists, for example, do not act for the benefit of social cohesion. Yet, depriving them of their nationality is a flagrant violation of human rights, and why such policies have not yet been adopted, despite being seriously considered in France proceeding the Charlie Hebdo attacks.

If a utilitarian perception of ‘social cohesion’ dictating the greatest good for the greatest number does not fit the circumstances, could a liberal argument of “individual rights” be more plausible? This argument could be shaped as follows: the EU has created its own public legal sphere that stands independently from national ones and is –to a greater or lesser extent– superior to them. A right to citizenship in this sphere – in relative autonomy from national belonging is not only welcomed but necessary. This seems more-or-less Dora Kostakopoulou’s argument. Yet, here I can also predict the counter-argument, that national citizenship acquisition is not a human right resulting from the autonomy of the subject, but a right deriving from a sovereign decision of a State to include or exclude.

After all, one could argue that the status of “long-term residence” was created exactly to fulfill the need to cover the demand of an additional legal threshold to cover the aliens in question. Therefore, I am not convinced that the dissociation of Union citizenship from state’ nationalities acquisition can derive from an “individual rights” argument. As this argument is institutionally absorbed, in a way, by the status of long-term residence.

Then, what remains to justify the thesis?

In my view, the only argument that could reasonably justify the extension of Union citizenship to long-term citizens is a republican democratic argument that has already been put forward for the normative justification of state nationality acquisition. An individual may not be subjected to legislation which they did not have the chance to (dis)approve, according to the fundamental norms of the majority principle in a democratic polity.

What we see within the EU is a legal order that originally had been created by the States’ sovereign will, and ever since its creation, has acted in relative autonomy from them. This transformation is both a factual and normative development. The EU legislation influences human lives, one could argue, even more than national ones. Moreover, national orders have limited means to control it. Therefore, the normative grounds for developing a conceptual and legal space for Union citizenship, relatively dissociated from the member states nationalities, is the classic inescapable democratic argument. According to this argument, being subjected to the rules of a polity entails the necessity of being in a position to influence them in one way or another.

The only answer is that this is possible by participating in the elections that take place within the framework of the European Union, that is the elections for the European Parliament. This would be, in my eyes, a meaningful step forward in the direction of creating an extra sphere of democratic political belonging:

“I can’t vote for the Parliament of the country I live in, but at least I can vote and influence decisions at the EU level by my vote at the EP elections. After all, this bothers me also, not to say more since my fate is related to its decisions.”
﻿… and a politically feasible goal.

Now we come to the core of our question. Can we do it? And what is the best way for trying?

I see here the following arguments. First, convergence and harmonization of nationality acquisition legislation appears to be a far too ambitious project. For the time being, the only achievement regarding harmonization of procedures of acquisition and loss is the European Convention on Nationality of the Council of Europe, which was the first time that an international treaty attempted to indicate on which grounds for acquisition and loss of nationality are acceptable. Yet, as we know nationality is sealed at the heart of sovereignty. This makes it unlikely that nationality acquisition within European legislations could be harmonized in the foreseeable future. It is worth formulating the objective, but we need to be reasonably modest as far as our expectations are concerned. Nationality legislation at the Member State level is by definition heterogeneous –due to the plural histories of nation building on the Old Continent– and therefore difficult to touch.

Additionally, we should bear in mind that nationality acquisition harmonization today in the EU could be a risky project since it might easily lead to a backlash of restrictive options. Harmonization of national citizenship legislations is not an objective per se. It is a means which serves the political objective we put forward for the kind of polity we want to see. If the objective is to harmonize national legislations to a common denominator which would reflect the wishes of the Italian, Hungarian, or Polish –and who knows which other– governments in the future, my answer is “no thank you”.

The second argument one could put forward is that by introducing a Union citizenship, which would result in increasing the political rights of voting for the European Parliament, one contributes to the strengthening of the European idea. Strengthening the EP adds value to a democratic supranational institution in a period where the EU is struggling in terms of moral identification by Europeans. In practice, such an idea could easily come as a EP resolution which could concentrate the consensus of at least four political groups in the European Parliament after the June 2019 elections: the Socialists, the Liberals, the Greens and the United Left.

What are we challenging then? State autonomy in matters of nationality, in particular within the European Union, is slowly questioned, yet far from eroding, or even weakening. There is, therefore, no movement towards a droit de la nationalité européenne. From this perspective, I see grounds for advocating for a EU Directive on Citizenship: it needs prudence, patience and attention, but it is worth giving a try. 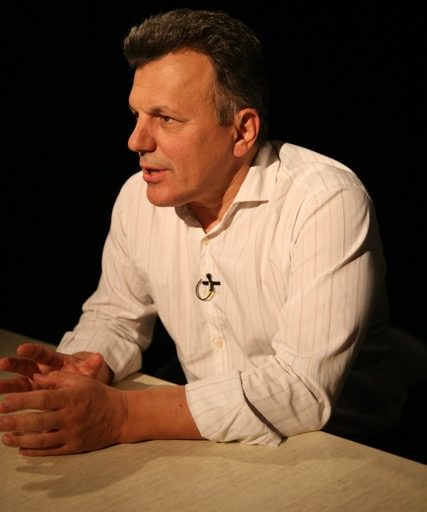