The EU's Covid Vaccine "Export Ban" and the Rule of Law

The European Commission’s proposal to impose what was referred to as an “export ban” on exports of COVID-19 vaccines and active substances used in those vaccines has generated considerable political and social media comment, particularly from the United Kingdom, perceived to be the target of the measure (though, for once, the current UK government has, at least to date, not chosen to pour oil on this particular fire).

The background is, of course, the slow progress of vaccination against COVID-19 in the EU compared to progress in the United Kingdom (and in the US and Israel).  There are a number of reasons for that, including different public health systems, the unfounded invocation of the precautionary principle by senior EU politicians as to the safety and efficacy of the Oxford/AstraZeneca vaccine, as well as slower approval of vaccines by the European Medicines Agency compared to the UK Medicines and Healthcare products Regulatory Agency (MHRA) – the MHRA having managed to approve vaccines even during the transitional period, while the United Kingdom was still subject to EU law, by using Member States’ power in Article 5(2) of the Medicines Directive to approve, outside the EU medicines regime, medicinal products for use in relation to pathogens.  Since the current UK government is generally seen as having dealt rather more incompetently with the pandemic than most EU states – a view borne out by the higher UK death rate – the United Kingdom’s marked success in this aspect of the response to the pandemic has, perhaps, been particularly galling.

One aspect of the UK success that has generated a lot of heat but somewhat less light, largely because many relevant facts remain unclear, is the extent to which the UK government managed to obtain rather better contractual terms of supply from AstraZeneca than did the European Commission. One aspect of this is that the UK government invested substantial sums very early on in the development of the Oxford vaccine, and appears to have been responsible for the choice of AstraZeneca as the pharmaceutical company partner, as well as providing large and early investment, including commitments to pay a relatively high price for the vaccines.  In possible contrast, the contract between AstraZeneca and the Commission – a redacted version of which has been published – seems to have involved only a “best endeavours” commitment from AstraZeneca.  In any event, the Commission appears to have been somewhat disappointed by the amounts that AstraZeneca has been able or prepared to supply under that contract, and AstraZeneca’s conduct in relation to that contract has not attracted universal approbation from EU politicians.

The Commission’s “export ban” takes the form of a supplement to Commission Implementing Regulation 2021/442.  The original Regulation applied to all exports of COVID vaccines and active ingredients to countries other than various listed countries (the listed countries being various states and territories in the neighbourhood of the EU, including Israel and various others, but not including the United Kingdom).  Such exports to non-listed countries needed export authorisation, but such authorisation should be given except where export “poses a threat to the execution of APAs [advance purchase agreements] concluded by the Union with vaccine manufacturers, in view of the volume of exports or any other relevant circumstances” (see Article 1(7)).  The supplementary Regulation covers exports to all territories outside the customs union (apart from microstates and territories such as Ceuta), and, more importantly for the United Kingdom, extends the grounds on which export authorisation must be refused to include cases where the exports “pose a threat to the security of supply within the Union of [COVID vaccines and active ingredients]” (Article 2(1)).  The Regulation goes on to provide (Article 2(2)) that that latter condition involves assessment: (i) of the extent to which the destination state “restricts its own exports to the Union of [COVID vaccines and active ingredients], or of the raw materials from which they are made, either by law or by any other means, including through the conclusion of contractual arrangements with the manufacturers of those goods”; and (ii) of “the relevant conditions prevailing in [the destination state], including the epidemiological situation, the vaccination rate and the existing availability of [COVID vaccines and active ingredients]”.

The so-called “export ban” is therefore more accurately seen as a power to refuse export authorisation in cases where it is considered that export poses a threat to EU supplies, taking account of the extent to which the destination state restricts its own exports and of the vaccination situation in that state.  The wide framing of the conditions permits considerable discretion: and, in the case of the United Kingdom, the reference to “contractual conditions” is designed to cover the case where the destination state does not need to impose any export restrictions because it has, in effect, bought up its entire manufacturing capacity (though note also that the United Kingdom apparently supplies key ingredients of the Pfizer vaccine manufactured in the EU, so to that extent factor (i) cuts both ways in its case, again leaving what would appear to be considerable discretion in the hands of the EU authorities).

In response, some rather over-excited legal commentary in the United Kingdom accused the EU of “confiscating private property” in “breach of the rule of law”.  The claim that the supplementary Regulation “confiscates private property” is hard to square with what that Regulation actually does: a restriction on export is not normally regarded as a confiscation.  As to the claim of breach of the rule of law, it is evidently not sustainable (at least outside the world imagined by Robert Nozick) to argue that any interference with contractual or ownership rights amounts to a breach of the rule of law.  Rather, the contention of breach seems to turn on the claim that what the Commission was doing was evading the courts by obtaining by other means what should have been the benefit of winning a (disputed) contractual claim against AstraZeneca.  That latter contention is, however, also unsustainable.  An example illustrates the point.  Assume I own (in the United Kingdom) a Gainsborough painting.  I decide I want to sell that painting to the Getty Museum in California.  The UK Government immediately imposes an export ban on cultural heritage grounds.  No plausible violation of the rule of law (such powers are, of course, routine).  Would it make any difference that the UK government also had a plausible claim to a court order that I must sell the Gainsborough to the National Gallery (say, because I had promised in a way that was arguably binding as a matter of English contract law to sell the painting to that institution)? It is hard to see why it would, even if the end result of the ban was that I decided to give up my flirtation with the Getty Museum and sell the painting to the National Gallery (which would have been the result of a successful contract claim against me).  If the general power exists and is consistent with the rule of law, it is hard to see why the use of that power contravenes the rule of law simply because the state might also have had a contractual way of achieving the same end.

Nor is there any reason to believe that the supplementary Regulation necessarily infringes any international legal rule.  Article XX GATT provides a wide gateway for export bans where necessary to protect human health, though (given the width of the discretion given by the Regulation there might be a good argument that the ban, or its application in practice, gave rise to “arbitrary and unjustified discrimination” contrary to the chapeau to that Article).  An export restriction will engage Article 1 of Protocol 1 to the European Convention on Human Rights, but the interference would seem relatively straightforward to justify, at least if the restriction is consistently applied.

That said, the fact that the supplementary Regulation is (probably) lawful as a matter of international law (and is certainly not a breach of the rule of law) does not mean that it is wise.  The EU’s citizens have trading interests throughout the world.  Many of those interests are ultimately reliant on the conduct of the state concerned: if the state concerned decides to exercise its powers in ways that cut across the contractual rights of EU citizens, those citizens will be the losers.  Using the EU’s power in this way is a bit like pulling a brick from the tower in the well-known game of Jenga: the risk is that what is already a somewhat rickety tower (the rules-based trading order) will wobble yet further.  More immediately, the risk of vaccine nationalism is that other states will retaliate in a negative-sum game.

That line may be open to the criticism that the EU is simply responding to more subtle vaccine nationalism by (among others) the United Kingdom – more subtle because the end of vaccine nationalism (priority supplies for itself) has been achieved not by public law bans but by better and more enforceable private law contracts, and by careful and early investment in manufacturing capacity.  However, the difficulty with that line of argument is that, precisely because public law bans are public and obvious, they are more likely to trigger retaliation and, in the end, more likely to do long-term harm to the international trading system.  By taking this step, the EU may have wandered into the part of the map labelled “Here Be Dragons”. 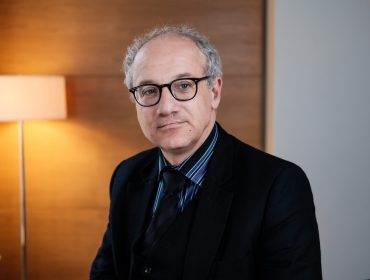 Other posts about this region:
Europa, Vereinigtes Königreich 1 comment Join the discussion