A Wolf in Sheep’s Clothing

In Brazil, the National Congress recently passed the Constitutional Amendment no. 123, nicknamed the “Kamikaze Bill” due to it budgetary impact. It qualifies the current situation – inflation, rise of gasoline price, shortage of goods, pandemic to name just a few – as an emergency state, creating financial and tax benefits for biofuel producers and providing welfare payments for part of the population. The “Kamikaze Bill” is perceived by many as a potential maneuver by President Bolsonaro to increase his chances of re-election next October. This has prompted Brazilian scholars to debate its (un)constitutionality. While the amendment is populist and dangerous, I argue that the Brazilian Constitution does not provide a basis for its unconstitutionality.

Over the last decade, Brazil’s fiscal situation has significantly deteriorated. Public spending rose way above revenue and such deficit led to the promulgation of the Constitutional Amendment no. 95 in 2016. Still in force, it imposes a ceiling on public spending until 2036. Nevertheless, the impacts of the pandemic triggered discussions on the need to weaken these budgetary limitations. In May 2020, the Constitutional Amendment no. 106 created an extraordinary fiscal and financial regime that enabled the government to cope with the socio-economic effects of the health crisis.

Since then, the Brazilian budget rules have become increasingly looser. This might sound like an overly technical discussion, but that is certainly not the case. The Brazilian Constitution sets rigid constraints when it comes to budget law; sometimes too rigid, as one might argue. Not only are there minimum percentages that the government must invest in public education and healthcare, but public pensions also take almost half of the budget. In total, mandatory expenses account for nearly 90% of the total budget, leaving little room for discretionary expenditure, such as public investments.

Therefore, the main reasons for adopting the fiscal ceiling were to decrease the budget deficit, to improve long-term financial health and, thus, to expand the discretionary spending, particularly investments. Many economists (especially those with an orthodox view) argue that cracking the ceiling would increase inflation, push investments away and deepen socio-economic instability. Other experts argue that the ceiling cannot be completely shattered, even in face of the effects of the pandemic, since a certain degree of moderation was needed to maintain Brazil’s long-term growth. This is not, by any means, a settled debate. Since its adoption, the fiscal ceiling has been one of the most controversial constitutional amendments in recent Brazilian history. Important political figures have already proposed abandoning it entirely. But, at least for now, it is still a rule of constitutional status.

On July 14, 2022, however, the Kamikaze Bill entered into force and dealt a powerful blow to Brazil’s fiscal health. Among other minor provisions, it established subsidies for biofuel producers; cash transfers for self-employed truck and taxi drivers; and expanded other welfare programs, such as the “Auxílio Gás dos Brasileiros” (cash aid that helps vulnerable families to buy natural gas) and “Auxílio Brasil” (cash transfer program for people in poverty). The measure appropriates BRL 41 billion (nearly USD 7.6 billion) from the national budget and is, thus, deemed as fiscal suicide. Nevertheless, the discussion goes far beyond budget law. This October, Brazil will hold its presidential elections. It is not absurd to claim that Bolsonaro’s government implemented these extra welfare payments to increase its chances of re-election. Three arguments substantiate this conclusion.

Firstly, the Bolsonaro’s administration strongly supported the amendment, even to the extent of nicknaming it the “benefits bill”. Secondly, the amendment’s welfare benefits will last only until December 2022 – two short months after the elections. This contradicts the argument that the policy seeks to decrease poverty in the mid- or long-term. It seems much more like another populist measure that brings short-sighted solutions at the cost of long-term problems. Thirdly, if the bill did not have constitutional status, it would have violated Brazilian federal electoral law. In order to safeguard the electorate from populist measures, the legislation explicitly prohibits government from freely distributing goods, benefits or any monetary amount in an election year. Only in the event of a public calamity, state of emergency, or by authorization in budgetary legislation passed in the previous year, an exception to this can be made. Therefore, the amendment institutes an unprecedented “state of emergency” caused by an “extraordinary and unpredictable rise in the prices of oil, fuels and their derivatives” due to the Ukrainian War, protecting President Bolsonaro from any political liability.

Is the Amendment in Line with the Constitution?

Against this political background, Brazilian constitutionalists are arguing whether the amendment to the Constitution is, in fact, constitutional. How can that be?

The Brazilian Constitution has four explicit entrenched clauses. It forbids amendments that are aimed at abolishing: (i) the federative form of State; (ii) the direct, secret, universal and periodic vote; (iii) the separation of the powers; or (iv) individual rights and guarantees.

Brazilian legal scholarship has provided two main bases for the amendment’s unconstitutionality. For one, it would violate individual rights and guarantees as well as the right to vote. This is because it (i) institutes a state of emergency without a concrete definition of its meaning; (ii) unfairly benefits the current president by establishing a populist measure shortly before the election; and (iii) hinders the effectuation of other rights by irresponsibly compromising the public budget and fiscal health. Additionally, the amendment would weaken Brazil’s federalism because it interferes with the autonomy and budget of states, reducing their income and increasing their expenditure by establishing subsidies and tax incentives for biofuel producers.

There is not an unanimous opinion on the subject. In fact, some have argued that the limits imposed by entrenched clauses on amendments cannot be interpreted so extensively. After all, once passed, an amendment is part and parcel of the Constitution and therefore its judicial review should be beyond exceptional; hence the need for strict interpretation. I personally stand with the latter point of view. The entrenched clauses do not provide the legal grounds necessary to find Amendment no. 123 unconstitutional. This view would require an expansion of their current interpretation.

First, it is unconvincing that compromising part of the budget of states and municipalities would be enough to “aim at abolishing” the federative form of government. The entrenched clause aims at protecting the core elements of federalism, such as the autonomy and power of federal units. Even if the Amendment was harmful for the public budget of the states, the impact does not reach such magnitude that it can be understood as compromising the core of Brazilian federalism. Besides that, the states’ budget has been widely harmed by the federal government through other means.

Second, it can hardly be deemed to abolish individual rights and guarantees. Unlike the state of siege or the state of defense, the declared state of emergency does not serve to facilitate the infringement of rights. It only serves to justify the economic spending. Indeed, compromising the public budget hinders the implementation of social rights. However, those welfare payments will help people in poverty during a hard economic crisis as they did during the hardest periods of the pandemic.

Third, there is the argument that the Kamikaze Amendment seeks to buy votes from the electorate. It is based on the idea that in a democracy, candidates should have an “equality of arms”. By providing Bolsonaro with an unfair political advantage so close to the upcoming elections, this election gift could compromise the “direct, secret, universal and periodic vote” in Brazil. However, the basic structure of the voting system is unaffected and recent polls indicate that the majority of voters do not intend to change their votes to Bolsonaro because of the welfare payments.

A Case of Abusive Constitutionalism?

The argument is interesting. Unfortunately, cases of abusive constitutionalism have not been rare within the last few years: Poland, Hungary, Egypt and Venezuela are frequent reminders of how fragile democracies can be. Brazilian institutions still do not have the desired stability. Nevertheless, once again, the amendment does not interfere with core elements of democracy. It does not hinder the separation of powers nor citizens’ fundamental rights. Besides, the idea is invariably vague to serve as a basis for the Court to decide on the constitutionality of a measure. Quite to the contrary, it might decrease the Court’s legitimacy.

Indeed, the Kamikaze Bill as a populist measure is harmful. However, in some cases, constitutionalism alone cannot prevent the state from making bad decisions. Instead, the quality of a policy should be addressed on a political level, through debates and wide awareness among society and legislators, with the aim of preventing future mistakes. After all, major parts of Bolsonaro’s opposition in Congress voted to pass the Kamikaze Bill. Ultimately, only few politicians would be crazy (or Republican) enough to vote against such a populist bill in an election year. In the Senate, only one senator opposed it, against an approval of seventy-two votes cast. In the Chamber of Deputies, there were only seventeen votes against it out of four hundred and seven cast.

The political party NOVO and the Brazilian Associated Press have each filed a lawsuit for the declaration of unconstitutionality before the Brazilian Federal Supreme Court requesting it (i) to strike down the amendment and (ii) to grant a preliminary injunction. Generally speaking, both lawsuits reproduce part of the arguments presented here and argue that the amendment’s true objective is to interfere in the electoral process. For now, there has been no decision from the Court on the matter yet.

The dispute reaches complex issues well beyond the legal realm. If the Court decides that the legislature went too far in its power to change the Constitution, then it will have to strike down a very popular policy. Once again, this is not a legal problem, as counter-majoritarianism is a feature of judicial review; thus, it should not stop the Court from acting.

However, in this case, Bolsonaro and the Supreme Court have a long history of antagonism. The president has made the Court one of its public enemies and constantly stimulates attacks against the institution and its justices. For instance, he has repeatedly said that the “Supreme Court does not let him govern”. Therefore, a declaration of unconstitutionality would almost certainly boost claims against the judiciary among Bolsonaro’s supporters and strengthen this discourse during the upcoming elections. This scenario should not stop the Supreme Court justices from acting if they indeed find Constitutional Amendment no. 123 to be invalid, but it may damage the Court’s image before society and, thus, its stability as an institution. In the end, regardless of this discussion’s outcome, society’s loss is already plentiful.

I would like to thank my fellow colleague Gustavo Fonseca Ribeiro for his valuable inputs on this article. 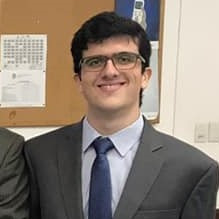