An Early Deal-Breaker? EU Citizens’ Rights in the UK after Brexit, and the Future Role of the European Court of Justice

The UK has finally made an offer to allow some EU citizens to retain some rights in the UK after Brexit. There are two sets of issues that arise: the substantive rights that will need to be agreed to, and the enforcement of these rights. In a statement yesterday to the House of Commons, the Prime Minister confirmed the publication of a Home Office policy paper which provided more details and confirmed in a short paragraph that the arrangements on offer will be enshrined and enforceable in UK law, that commitments in the Withdrawal Agreement will have the status of international law, but that the Court of Justice of the European Union (CJEU) will have no jurisdiction in the United Kingdom.

Despite this offer, there remains much uncertainty.

Difficult though these issues will be to resolve, the enforcement issue is even trickier. The EU-27 rightly insists that any guarantees with the UK over the rights of EU citizens should be ‘effective [and] enforceable’, and the European Commission’s chief negotiator, Michel Barnier wants ‘crystal-clear guarantees that rights will be effectively enforced.’ But this leaves quite a lot of space as to the nature of the guarantees that would be sufficient.

The inevitable disputes over the application of such an agreement must, from the EU-27’s perspective, be resolved by a process that the EU-27 trusts to implement the agreement well into the future. To ensure this, it is clear that they want the Court of Justice of the European Union (CJEU) to have jurisdiction over the interpretation and enforcement of these guarantees.

Theresa May has argued that this is unnecessary since the British courts are already well-respected and can be trusted to uphold any agreement. Expect lots of huffing and puffing by the Prime Minister and her fellow-travellers, and plenty of bait and switch: to refuse to leave the enforcement of the law to the UK courts alone will be portrayed as in some way insulting to British judges; to insist on a role for the CJEU will be said to impinge on national sovereignty.

The difficulty with Parliamentary sovereignty

In my view, the EU is entirely justified to insist on a continuing role for the CJEU. Theresa May’s problem in convincing the EU-27 on this point derives from the nature of the British Constitution which British judges swear to uphold, not with the judges who loyally follow the logic of that constitution.

The UK government is about to discover that the rhetoric of ‘taking back control’ and the reassertion of Parliamentary sovereignty of the most traditional kind is a major problem when it enters the brave new world of international negotiations. Although the issue has first arisen in the context of the future rights of EU citizens living in the UK, it is by no means confined to this issue; rather, it goes to the credibility of British offers of guarantees in all other areas under negotiation as well, not least those concerning Northern Ireland, one of the other ‘divorce’ issues on which sufficient progress must be made before trade talks can begin.

The essential point is that any agreement between the EU and the UK will be an agreement binding in international law not in UK law, unless the UK Parliament incorporates this international law into domestic law and makes its enforceable in UK courts. Where it has not been incorporated in this way, it has effectively no binding force in domestic law, and British judges will not recognise it. Even if it is so incorporated into domestic law, although British judges will enforce it, this is only so for as long as Parliament keeps that law in force.

Any agreement will, therefore, from the British legal perspective be entirely subject to the principle of Parliamentary sovereignty, which states that Parliament can make or unmake any law whatever, and that no Parliament can bind future Parliaments. Whilst the British courts have proven themselves to be mostly reliable in applying EU law faithfully, this is only because Parliament has told them to be so. To put it crudely, but not inaccurately, any agreement with the EU is not worth the paper it is written on, if only domestic methods of legal protection are available to enforce it.

The much-vaunted independence of the British judiciary, their rectitude, their intelligence, and their legal skills, all are beside the point in the face of the brutal constitutional reality that the British courts will do what a future Parliament tells them, irrespective of whether that means that the UK is in breach of its international legal obligations.

This is not some merely academic or theoretical point. In the Article 50 Miller case decided by the UK Supreme Court in January, the Northern Ireland parties argued that the Agreement between the UK and Ireland, incorporating the Belfast/Good Friday Agreement, was binding in international law, and should be taken into account in the interpretation of domestic law. Leave aside whether there was such a breach. The point is rather that the Supreme Court entirely ignored the point, apparently agreeing with the UK government’s flat denial that the Agreement was even worth considering in UK law. In light of such brazen non-engagement with international law in that context, why should any EU citizen trust the British courts to uphold international legal protections of their rights?

Lest this be thought to be a mere aberration, explainable by the generally cavalier approach adopted to ‘guarantees’ relating to Northern Ireland, but confined to that context, think again. A similar deferential approach is adopted by the British courts in the face of the British government’s continuing refusal to implement repeated findings of the European Court of Human Rights that the UK’s ban on prisoners’ voting is in violation of the UK’s international law obligations under the ECHR. The courts have admitted that, essentially, there is nothing they can do to force the government’s hand. And even the imperfect protection provided by the European Court of Human Rights is under threat, given the UK government’s highly contingent commitment to remaining in the ECHR, and the continuing uncertainty over the Human Rights Act 1998.

By the way, the debacle over prisoner voting and the Belfast/Good Friday Agreement should also be enough to demonstrate that the UK’s political support for the international Rule of Law is now highly questionable. The EU-27 would be foolish indeed to accept political commitments or arguments of the ‘trust us’ type, or promises based on vague and unenforceable ‘constitutional conventions’. Its treatment of Scotland over the Sewel Convention demonstrates this all too clearly. Put simply, the UK can no longer be trusted to honour its international legal or political commitments.

Theresa May must know all this; it is, after all, precisely what ardent British sovereigntists like her celebrate. So, what is she playing at? The economists have a term for it; they call it ‘moral hazard’. The impression that she wants to convey is that the UK is making a ‘generous’ offer, whilst knowing that ultimately it is the EU, not the UK, that bears the risk if things go wrong. The UK will simply be able to scupper inconvenient international obligations at will. Classically, moral hazard arises when one party has incomplete information about the other and the Prime Minister apparently hopes that the EU is ignorant of the basics of the British constitution. Fortunately for EU citizens resident in the UK, the EU appears to be all too well-informed of UK constitutional realities.

An effective method of enforcing the legal rights of EU citizens

From the EU perspective, if the agreement on EU citizens’ rights is not to be worthless in the longer term, what is needed is a mechanism for interpretation and enforcement that means that the UK cannot simply squirm out of its obligations when it suits it, invoking Parliamentary sovereignty. But how is that to be achieved? Ultimately, an agreement will presumably be underpinned by the ability of the EU to suspend the operation of the rest of the Brexit package in the event of a fundamental breach of the EU citizens’ rights agreement. Offers may be made to establish a joint UK-EU committee to which disputes may be referred, or to an international body such as the Permanent Court of International Arbitration (PCIA).

But these types of inter-state political or arbitral protections really aren’t sufficient. Individuals cannot invoke the protection of the PCIA, and no international agreement is going to be suspended unless the violations are gross; individual breaches, however disastrous for that individual, will not amount to a gross violation.  EU citizens should have an individually enforceable legal right to ensure that any UK commitments are enforceable by them, in a court that can deliver an individual remedy speedily and relatively cheaply, and without the fear that Parliament can simply pull the rug out from under them when it suits. The rights guaranteed must be capable of overriding any incompatible UK law. Ironically, the exercise of UK national sovereignty may lead to new limits on Parliamentary sovereignty.

Role of the CJEU

The CJEU has shown itself robust in the protection of individual EU citizen’s rights, and would remain steadfast in the face of any UK backsliding. If Theresa May wants to be taken seriously in her offer to protect EU citizens’ rights post-Brexit, she will need to come up with a much stronger proposal as to how precisely those rights will be legally enforceable by EU citizens well into the future and not subject to the whims of a future Parliament. If not the CJEU, then something that is to all intents and purposes equivalent to the CJEU, and equally credible, will be necessary.

Switzerland’s resistance to CJEU jurisdiction in a similar context has significantly contributed to its inability to conclude agreements with the EU, and a significant role for the court is now included in several treaties that were concluded. The legality of the exclusion of the CJEU in the recently-concluded Canadian-EU trade agreement is likely to be decided by the CJEU, and it is unclear which way the court will decide.

Continued access to the CJEU or a tribunal guided by their decisions seems the only sure guarantee of rights. This may mean accepting the jurisdiction of an already existing court, such as the European Free Trade Association Court, or the creation of a bespoke court or tribunal, but one that is a standing body similar to the Iran-US Claims Tribunal with judges drawn from the CJEU and the UK Supreme Court, rather than the usual ad hoc bilateral investment treaty tribunal. But, in any case, the key test will be whether the decisions of the body established will be capable of overriding incompatible UK law, and be directly enforceable in UK domestic law.

If the Prime Minister sticks to her guns in resisting a post-Brexit role for any effective international or European judicial protection of EU citizens’ rights in the UK (an obsession no doubt exacerbated by her time in the rights-averse Home Office), this may be enough to sink the negotiations before they ever really start.

This article has previously been posted on the UK Constitutional Law Blog and is republished here with kind permission by the author.

DOWNLOAD PDF
LICENSED UNDER CC BY NC ND
SUGGESTED CITATION  McCrudden, Christopher: An Early Deal-Breaker? EU Citizens’ Rights in the UK after Brexit, and the Future Role of the European Court of Justice, VerfBlog, 2017/6/28, https://verfassungsblog.de/an-early-deal-breaker-eu-citizens-rights-in-the-uk-after-brexit-and-the-future-role-of-the-european-court-of-justice/, DOI: 10.17176/20170628-112330. 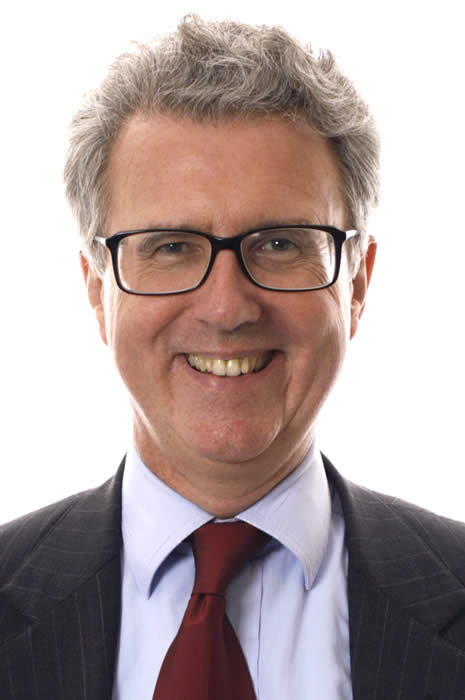 Other posts about this region:
Europa, Vereinigtes Königreich 2 comments Join the discussion
Go to Top