An Explicit Constitutional Change by Means of an Ordinary Statute? On a Bill Concerning the Reform of the National Council of the Judiciary in Poland

Towards the end of January 2017, the Polish Ministry of Justice introduced a bill reforming the current legal status of the National Council of the Judiciary. If passed as proposed, the bill would seriously undermine the independence of the judiciary in Poland.

The bill is a sequential step on the road to reshaping the legal order in Poland in a direction in which the standard meaning of the most essential constitutional concepts can be questioned. All measures taken by the ruling Law and Justice Party (PiS) are presented under the guise of ‘necessary reforms’ or ‘greater transparency’ and are justified with reference to the lofty catch phrases of democracy and the notion of ‘the sovereign’, who, in the parliamentary elections, awarded the winning majority the right to unrestrained operation. Chief Justice of the Supreme Court Małgorzata Gersdorf, just after releasing the bill, dramatically declared that ‘the époque in which we relied on the principle that the democratic state is ruled by law, as expressed in Art. 2 of the Constitution, has ended’.

The National Council of the Judiciary was created in 1989 in the wake of the democratic transition as an authority to safeguard the independence of courts and judges. The main power of the Council is to make judicial appointments. Pursuant to Art. 179 of the current Constitution of 1997, ‘judges shall be appointed for an indefinite period by the President of the Republic on the motion of the National Council of the Judiciary’. The Council also has the competence to make an application to the Constitutional Tribunal regarding the conformity of normative acts to the Constitution to the extent that they relate to the independence of courts and judges (Art. 186 (2)).

Modern democratic countries have established various measures to safeguard the independence of the third power. Councils for the judiciary, for example, function in many constitutional systems. Regardless, their internal composition and exact competences are supposed to guarantee that a range of decisions concerning the judiciary are taken independently from the executive and legislative powers. The institution of judicial council is also sometimes criticised in academia.1) In this context, for instance, it is argued that judicial councils may petrify the status quo to preserve the corporate interests of the most prominent representatives of the judiciary, which may weaken the accountability of judges. Of course, every legal institution may have certain advantages and drawbacks. Still, increasing politicians’ competences towards the judiciary does not seem to be a desired alternative. As professor Andrzej Zoll (former Polish constitutional justice) rightly emphasizes, ‘judges must be servants of the law – not of the government’.

In Poland, the mixed system of the Council’s composition has been created. The Council includes representatives of all three powers of the state. Its members are: the Chief Justice of the Supreme Court; the Minister of Justice; the President of the Supreme Administrative Court; an individual appointed by the President of the Republic; 15 judges chosen from amongst the judges of the Supreme Court and other courts; four members chosen by the Sejm (first chamber of the parliament) from amongst its deputies; and two members chosen by the Senate from amongst its senators (Art. 187 1(1)).

According to the government bill, the following reforms have been proposed:

To interrupt the term of office of the current elected members of the Council, which amounts to four years according to the Constitution.

To establish two sections of the Council that will have the power to block each other in relation to judicial appointments.

To change the methods of the judicial members’ elections. Pursuant to the bill judges will not elect judicial members of the Council (as it is presently). Rather, the Sejm will elect them from amongst the candidates whom the speaker of the Sejm presents. The speaker in turn will choose candidates from persons whom a group of deputies or the Presidium of the Sejm propose. He may, in this respect, take into account recommendations put forward by judicial associations.

To endow the President of the Republic with the power to appoint a judge for a given post from amongst two proposals submitted by the newly created Council.

Most of these proposals must be rendered not only as evidently unconstitutional, but also leading to an important, implicit change of the Constitution without passing a necessary constitutional amendment. In making this point, I skip possible violations of international standards included in the European Convention of Human Rights or defined by the European Network of Councils for the Judiciary.  The explicitly unconstitutional provisions of the bill include those concerning shortening the term of office of the elected members of the Council and those introducing its two parallel sections. According to the case law of the Constitutional Tribunal, decisions to break a constitutional term of office may be possible only if extraordinary constitutionally justified reasons occur and when a proportional test is met (Judgement of 18 July 2007, case no. 25/07). Both conditions do not seem to be fulfilled in the considered case. Regarding the establishment of two sections of the Council, one of them would be composed of members ex officio, MPs elected by the Sejm and Senate (respectively) and an individual whom the President of the Republic appoints. The second section is supposed to be composed of judges.

This normative solution would mean a strange derogation from the collective functioning of the Council as a single authority. The intended reform in this respect definitely goes beyond the scope of the ordinary law maker’s action. As well-known Polish constitutional lawyer Dr habil. Ryszard Piotrowski neatly formulated, one might well divide parliament into two equal chambers: ‘the government’ and ‘the opposition’. No act will be passed without consent expressed by both groups.  In turn, the election of judicial representatives in the Council by the Sejm, though not textually unconstitutional (as mentioned, Art. 187 (1) does not specify which organ or organs are entitled to elect them), may be rendered not in conformity with the Constitution, taking a functional interpretation into account. As it seems, the constitutional concept of the Council assumes that each power should be exclusively responsible for deciding who its representatives are in the Council. There must also be no doubt in the case of a proposal to extend the President of the Republic’s power to use his discretion in the process of judicial appointments. According to the Constitution, the President ‘appoints judges’ on the motion of the Council. He does not ‘choose’ them.

The representative organs of the judiciary voiced their profound objections, expressing their conviction that all such measures would contribute to politicising the judiciary. Judges also voiced their outrage at the fact that the Minister of Justice only allowed four working days for the current Council to respond to the project. The Council convened its exceptional meeting on 30 January and accepted a decisively negative opinion. The Minister of Justice, Zbigniew Ziobro, appeared to reject the judiciary’s point of view. He argued that the reform introduces European civic standards in terms of judicial appointments that live up to society’s expectations. As the government is rather ill-disposed towards dialogue with anyone who does not share its views, one can be sure that most, if not all, controversial solutions will soon be implemented.

Under normal circumstances, a statute passed on the basis of the described bill would undoubtedly be challenged in the Constitutional Tribunal. Nevertheless, trust in the Tribunal has been seriously undermined due to the long-lasting political and legal crisis surrounding this institution.2) All actions taken by the PiS in relation to the Tribunal appeared to be aimed at its blockade by means of more and more new ‘remedial’ statutes until the party could muster a favourable majority in this organ to rubber-stamp various constitutionally suspicious bills such as the one described here. The constitutional legitimacy of the Tribunal was weakened even more by the recent decision of the newly appointed President of the Tribunal, Justice Julia Przyłębska3), to include on the bench three persons who, in December 2015, were elected as constitutional judges despite the fact that the previous parliament had filled these vacancies.4)

This article has previously been published on the I*CONnect blog and is reposted here with kind permission.

DOWNLOAD PDF
LICENSED UNDER CC BY NC ND
SUGGESTED CITATION  Mikuli, Piotr: An Explicit Constitutional Change by Means of an Ordinary Statute? On a Bill Concerning the Reform of the National Council of the Judiciary in Poland, VerfBlog, 2017/2/23, https://verfassungsblog.de/an-explicit-constitutional-change-by-means-of-an-ordinary-statute-on-a-bill-concerning-the-reform-of-the-national-council-of-the-judiciary-in-poland/, DOI: 10.17176/20170223-160310. 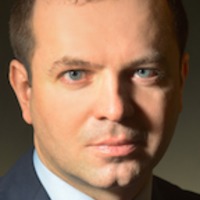 Piotr Mikuli Piotr Mikuli is an Associate Professor and head of Chair of Comparative Constitutional Law at the Jagiellonian University in Kraków.