An Illusion of Western Democracies

Wessel Reijers criticises the Chinese Social Credit System for two reasons. Firstly, because it cannot promote virtuous actions. According to the Aristotelian tradition to which Reijers refers, virtuous actions cannot be determined by the pursuit of reputation, money, pleasure, etc. Acting virtuously is not acting according to social conventions, but ‘standing out distinguishing oneself.’ Secondly, the Social Credit System denies the principle of virtuous governance by creating a master-slave relation between government and citizens that undermines the Greek-Western principle of political freedom.

The Illusion of Political Freedom

The thesis I propose is that the reason why the Social Credit System so scandalises Westerners is not because it is contrary to ‘our’ Aristotelian and Arendtian liberal political tradition. Rather, it is precisely because it shows the illusion upon which this tradition is founded. This consists in believing that there is a void at our disposal between people as ‘free’ citizens and the political as a set of laws.

Imagine that there was a large empty square, the mythical Athenian agora – not the real one, in which there were at least twenty buildings and structures, each with its complex access and behaviour rituals. Imagine further the mythical Athenian citizens – no children, women, or slaves. In this mythical empty square, supported by a few basic rules, virtuous action entirely depends on the single citizen’s free will.

The Social Credit System scandalises Westerners because it shows that such an ideal type does not exist. On the one hand, no political or social actor acts virtuously, at least if by virtue one means the self-contained search for the eudaimonia. On the other hand, all governments, at least from the 16th century, have tried to fill the gap between the laws of government and the governmental practices by making rules more granular. These are the two points I want to explain further.

The Absence of Disinterestedness

Firstly, I am convinced that there is no disinterested action, neither in political acting, nor in other forms of acting and speaking. Human acts are always ‘interested’, which means that one plays a social game only if she believes that the game is worth playing.1) Being interested in a specific social game is not the result of cold calculation. On the contrary, it rather implies a belief in its value, and it also means ultimately forgetting the game qua game. According to this perspective, virtuous is a person who best acts according to the implicit rules of a social game he or she is playing.

According to the Aristotelian model of civic virtue, a virtuous person aims to act without being influenced by the pursuit of ambition, money, or reputation. But this same virtuous action is in fact determined by a series of rules that do not arise from the individual herself, but from the definition that a certain tradition has given, which in the Western context is primarily the liberal tradition. The act of believing in this conception of virtue, and of reiterating the same rules, leads to the creation of a certain habitus, a form of acting, thinking, and desiring common to all the people educated at the school of the Aristotelian and liberal tradition. This allows the participant to this specific game to recognise, appreciate, and judge each other according to the best and the worst, etc. The Social Credit System does nothing different, but it does so by starting from another premise; it privileges, probably for historical and cultural reasons, social conventions rather than the standing out from the mass.

Incidentally, I think, as Jens van ‘t Klooster underlines, that Western societies are already full of indicators that publicly signal our value as members of a liberal society. I do not mean by that that, by centralising the ‘rules of the game,’ the Social Credit System is fairer. Instead, it is based on dynamics of domination, discrimination, and social exclusion (for instance, in terms of access to basic services such as education, health, and food). Furthermore, the Social Credit System does not show the intention to compensate for injustices – for example, by giving more credit for ‘virtuous’ actions carried out by those coming from the segments of the populations that are least favoured in economic and cultural terms.

As for the government, the Belgian political theorist Thomas Berns affirmed that at least from the 16th-century two forms of normativity have been pursued.2) First, the normativity of the laws, which however is often too abstract and detached from concrete citizens’ actions. Second, the ‘discrete’ and ‘weak’ normativity of numbers and quantification of the population.

The purpose of this second form of normativity is not to sanction crimes, but to correct small infractions and deviant behaviours. ‘De minimis non curat lex’, ‘the law does not concern itself with trifles’, and for this reason another normativity is needed to deal with such trifles. Berns refers especially to the works of the French political jurist and philosopher Jean Bodin (1530-1596) and to the manner in which he, with other thinkers of that century, rehabilitated a non-Greek, but a Roman form of politics, in particular the figure of the Roman censor. The normative action of the censor derived exclusively from his administrative practice. His decisions did not imply punishments, but forms of downgrading. The effectiveness of his activity mostly lied in provoking ‘blushing’ – ruborem is the Latin word used by Cicero. This form of normativity became more and more important as states developed statistics and other methodologies for the government of their populations.

The Social Credit System is not so different from what Bodin had in mind. It is the same matter of developing and practising a normativity, whose strength is not that of the law, but rather of a mode of quantification that better adheres to the reality and whose force depends precisely on this adherence. It is a more granular kind of normativity, whose main goal is to occupy the empty room for manoeuvring that the law is incapable of occupying. The Social Credit System does not aim (at least, not primarily) to punish individuals, but to bring them to the self-correction and the self-control over their habits, behaviours, and actions. Its ultimate scope is to intervene where the law cannot, that is, in the diffused corruption of the mores that afflict contemporary Chinese society.

The techniques and technologies at disposal to the Chinese government are very different from those that states had at disposal until a few years ago. It must also be acknowledged that in the Roman tradition to which Bodin referred, the censor was well distinguished from the legislator, while in the case of the Social Credit System the two regimes of normativity are merged. However, I wonder if this does not correspond precisely to what has already happened for a long time in Western democracies. We are scandalised by the Chinese Social Credit System not because it is contrary to ‘our’ political tradition, but because it brings forward the grey zone about which we usually prefer to delude ourselves. 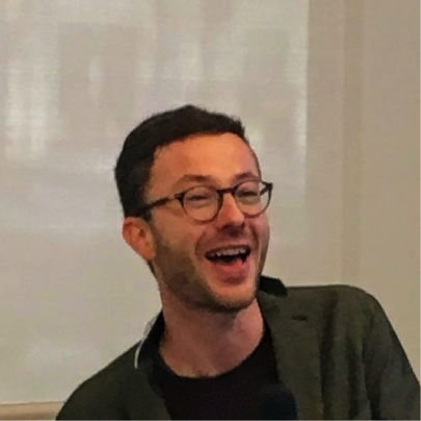 Alberto Romele Alberto Romele is associate professor in philosophy of technology at the Catholic University of Lille. His research focuses on technological imaginaries, hermeneutics, and theories of the digital.