What Chile’s constitutional assembly can learn from Weimar and Bonn

In April 2021, Chile will hold elections for its first constitutional assembly. It will draft a new constitution to replace the current one, born in 1980 during Chile’s military dictatorship. The assembly will take place in a context defined by some features that seem very specific to contemporary Chile, including a long-standing debate on the legitimacy of the 1980 Constitution, growing pressure to expand social rights within an economic system frequently described as ‘neo-liberal’, a mass (and sometimes violent) social uprising, police repression in response, and not to mention the Covid-19 crisis.

One topic that will be at the centre of the assembly’s debate is the status that ‘social rights’ shall have in the new constitution. The most debated issue in this regard is whether such rights should be directly enforceable. Despite the distance in time, space and culture, the drafting of Chile’s new constitution can learn important lessons from Germany’s constitutions of 1919 and 1949 in this field. The contrast between both suggests that the long-term success of Chile’s new constitution will depend less on the legitimacy of its origin and the promises contained in its text, and more on the social acceptance of the actual solutions arrived at under it. Thus, the assembly should be careful not to make welfare promises it cannot deliver, while political elites must be prepared to fulfil the new social pact that will arise from it, even if it is not judicially enforceable.

In Latin America, the Weimar Republic is best known for its infamous ending, over its troubled origin. Similar to Chile’s new constitution, the Weimar Constitution of 1919 was drafted by a constitutional assembly called as a political solution to a massive social and political crisis, in that case, Germany’s defeat in the First World War. However, the call to the assembly did not prevent the unrest from turning into open violence among warring political factions with clashing visions for the post-war State.

The difficulties faced by the Weimar Republic are exemplified by the provision of social security rights. Germany had enacted an array of these since the 1880s, which grew enormously in importance during the war. The constitutional assembly intensely discussed the status social security rights should have in the new constitution. Faced with a deadlock, the assembly simply opted for extending the list, with each group pressing to include the rights they saw as most important for themselves, leading to what has been described as a number of empty provisions on ‘economic life’. In Chile, the high hopes put by large segments of society on the expansion of social rights in the new constitution, and the strong opposition of other sectors to it, coupled with a rule requiring the assembly to take its decision by a 2/3 quorum, foreshadows that the assembly could face a similar stalemate.

In the impoverished Germany of the 1920s and 30s, armed with new constitutional rights, the benefactors of the welfare state competed for scarce and shrinking resources, which its opponents already saw as too generous. As a result, the expectations created by the constitution rapidly became a grievance and a source of social tensions, when the welfare promise failed to become a meaningful reality. In retrospect, historians have argued that the failure of the Weimar Republic can be explained, to no small extent, by its inability to provide security to a population that faced the effect of the lost war, revolution, hyperinflation and economic depression. The are no reasons to expect Chile to face hardship at the same scale in the immediate future, but the risk associated with failing to meet an ambitious welfare promise is still there.

The German Federal Republic’s 1949 ‘Basic Law’ (GG) was not drafted to become a proper constitution (hence its name), but as a set of provisional rules for the occupation zones of the Western allies, destined to lose validity as soon as the free (unified) German people voted for a constitution (see former Art. 146 GG). This has not happened. Its original text was only approved by the Regional Parliaments of the allied zones, and its post re-unification version by the Federal Parliament. However, within living memory, the Basic Law has become a full and legitimate constitution (Verfassung), without ever been subject to direct voting.

The legitimacy of the Basic Law does not lie in its origin, but in the success of its praxis. This is well-reflected in the approach to social rights developed under its ‘Welfare State clause’. The clause holds that Germany is a “social State” (Art. 20(1) GG) and that the constitutions of the Länder must conform to such principle (Art. 28 (2) GG). Understanding how this clause works in practice is of paramount importance for Chile, as the German constitution is frequently mentioned as a model in public debate, especially in the context of a social security system.

The Welfare State clause was a novelty in German constitutional history but was not intended to remedy the lack of practical efficacy of the social rights of the Weimar period: in a country destroyed by war, this was an aspiration inconsistent with reality. The clause was only taken seriously after Germany’s ‘Economic Miracle’ started in the 1950s, and once the question of its enforceability found its way to the courts. In 1954, the Federal Administrative Court decided that, even if individuals have a right to a minimum of social assistance, the government has discretion as to its provision. Accordingly, individuals can only judicially enforce the rights acknowledged by legislation (BVerwGe 1, 159). This line was later developed by the Federal Constitutional Court, deciding that the Welfare State clause is a principle that legitimates and requires the development of comprehensive social policies, but does not provide specific rights to individuals (BVerfG 39, 302, 315). The clause is aimed to bind only the legislator (BVerfG 65, 182) and the decision on how to enact it is for Parliament to decide (BVerfG 8, 274). Further, the Basic Law is neutral in matters of economic policy (BVerfGE 50, 338). However, despite the absence of constitutionally enforceable social rights, the German State takes this duty seriously. In 2019, according to the OECD, Germany’s social spending amounted to 25,9% of its GDP, one of the highest in the group. By contrast, according to the same source, in 2019 Chile only spent 11,4% of its GDP on social welfare, and is located on the opposite side of the spectrum.

The reality of Chile in 2021 is not that of Weimar nor Bonn. Nonetheless, both constitutions were also drafted during times of social upheaval, offering valuable lessons for Chile. The path leading to Chile’s first constitutional assembly originated in large-scale social unrest, triggered in October 2019 by the raise of Santiago’s subway fares. ‘The Outbreak’ (el Estallido), as it is simply known in Chile, included massive demonstrations with some extremely destructive outcomes, leading the Government to declare a constitutional State of Emergency. In an attempt to find a political way out of the crisis, in November 2019, all political parties (except the Chilean Communist Party) agreed on a roadmap that included a referendum for a new constitution, which finally took place in October 2020. However, the so called “November Constitutional Agreement” was not able to fully control the situation: violence continued long after it, including a large number of police-brutality incidents. Until today, occasional outbursts remain frequent.

The Outbreak was predated by a long debate about the legitimacy of the 1980 Constitution and whether it needed to be changed. The current constitution came to life during Chile’s Military Dictatorship (1973-1990) in a process that lacked basic democratic standards. However, in the subsequent decades, throughout the return to democracy, its original text has been subject to an array of substantive reforms, especially in 1989 and 2005, that many argue erased its ‘original sin’. Nonetheless, for many Chileans, the 1980 Constitution continues to be linked to a dictatorship and does not command great allegiance in the population (as discussed by Chilean scholars Sergio Verdugo and Jorge Contesse).

For years, in parallel, Chile has struggled with persistent social inequality. Many argue (inter alia Francisca Moya and Marco Goldoni) that the entrenchment of a ‘neoliberal’ economic system in the 1980 Constitution has prevented the development of a more robust social security system. In the public debate, this argument has manifested in vocal demands for the inclusion of stronger and more social rights in the new constitution. This call frequently includes the concurrent limitation of the dominant role that the private sector holds in Chile’s pensions and health care systems.

Finally, the Covid- 19 crisis impacted the roadmap set in the Constitutional Agreement in manners that were completely unexpected, including postponing the whole process by 6 months. Suspicions as to the Government’s commitment to the roadmap (see Leonardo Cofré) have proven unjustified. However, the management of the health emergency and the resulting economic crisis deepened partisan divisions on highly contested topics, already at the core of the constitutional revision. For example, the crisis enabled the opposition to bypass the constitutional safeguards protecting Chile’s private pension system, passing a constitutional reform (bitterly opposed by the Government) allowing people to withdraw part of their pension funds, as an economic relief measure. The public debate over the future of the private pension systems was aggressive, and the act has been seen by many supporters and opponents as a step towards its dismantling.

Lessons from Weimar and Bonn

Chile’s Outbreak does not scale up to the crisis that inaugurated the Weimar Republic, and Chile’s foreseeable future neither seems to hold the hardship of the 1920s and 30s, nor the boom of the German Economic Miracle in store. However, the contrast between Weimar and Bonn still offers a relevant insight for Chile: it suggests that the long-term success of its new constitution will not depend on the legitimacy of its origin and intentions, but on the social acceptance of its praxis.

Weimar is cautionary tale for Chile that shows that having an elected constitutional assembly does not guarantee a successful constitution. Including overly ambitious social rights in the constitution might set it up for failure, if they fail to become a meaningful reality. By contrast, Bonn suggests that the key for the development of a successful welfare state is not in the origin nor the words of the constitution, but in the availability of resources and the capability of the political systems to allocate them in a form perceived as legitimate according to the needs and means of each moment.

Nonetheless, this does not imply that the symbolic dimension of Chile’s new constitution should be disregarded. The modern German welfare state might have its base after 1945, but its idea comes from the social pact of Weimar. This speaks for the importance that a broad political agreement has in developing a feasible welfare system. For Chile, the take on this is twofold. On the one hand, the constitutional assembly should be careful not to promise what it cannot deliver. On the other, the political elites must take the new constitution seriously and be prepared to ensure that its new social pact doesn’t remain in paper, regardless of its judicial enforceability. 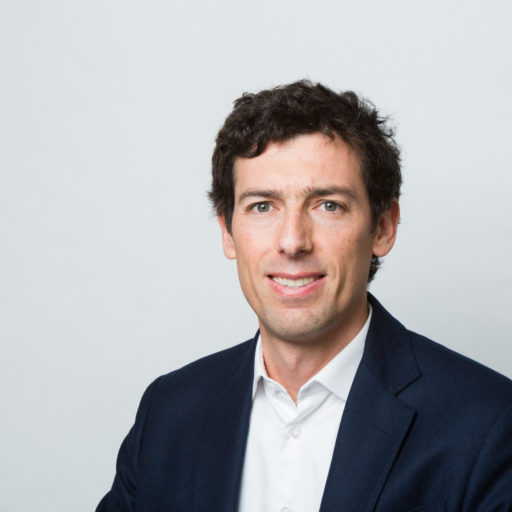