When National Laws and Human Rights Standards Are at Odds

The UK Government’s agenda to erode human rights and to disentangle the UK from its European partners has now been fully materialised. Soon after Brexit, the UK Government announced its intention to cut some ties with and to distance itself from the European Convention of Human Rights (‘ECHR’/‘Convention’) system by repealing and replacing the Human Rights Act 1998 (‘HRA’), which incorporates the rights set out in the ECHR into domestic law, with a British Bill of Rights. The replacement draft Bill of Rights is now being considered by Parliament.

Although the draft Bill confirms that the catalogue of rights remains the same (Clause 2), it introduces many significant changes. Eminent scholars (see Prof. Mark Elliott here) and NGOs (see Amnesty here) have already flagged the serious implications of the draft Bill for the protection of human rights, highlighting, in particular, that the Bill will water down, not strengthen, human rights protection in the UK.

Clause 5 of the draft Bill and Positive Obligations: An Overview

The UK Government takes the view that positive obligations, which require public authorities to take positive action and measures to realise human rights, and not just to abstain from interferences with human rights, have created significant problems. They argue that positive obligations create legal uncertainty about the scope of the Government’s obligations, “fettering the way it can make operational decisions, determine policy in the wider public interest, and allocate finite taxpayer’s resources”. In order to address these problems, the Government has introduced Clause 5 to limit the circumstances in which these obligations can be imposed.

Clause 5(1) of the draft Bill provides that UK courts “may not adopt a post-commencement interpretation of a Convention right that would require a public authority to comply with a positive obligation.” This means that UK courts will no longer be allowed to provide new interpretations of Convention rights which require public authorities to adopt positive measures, such as providing hospital staff with personal protective equipment during pandemics.

As far as existing positive obligations are concerned, which have already been read into Convention rights by a UK superior court of record or the European Court of Human Rights (‘ECtHR’), the draft Bill limits to a great extent the ability of domestic courts to apply them, and subjects this ability to a number of broadly defined conditions. Clause 5(2) of the draft Bill provides that UK courts must “give great weight” to the need to avoid applying an interpretation of Convention rights which has already established positive obligations for public authorities, if that interpretation would “(a) have an impact on the ability of the public authority […] to perform its functions; (b) conflict with or otherwise undermine the public interest in allowing public authorities to use their own expertise when deciding how to allocate the financial and other resources available to them […] (c) require the police to protect individuals who are involved in criminal activity or otherwise undermine the police’s ability to determine their operational priorities; (d) require an inquiry or other investigation to be conducted to a standard that is higher than is reasonable in all the circumstances; (e) affect the operation of primary legislation.”

Clause 5 of the draft Bill and Positive Obligations: At Odds with Human Rights Standards

It is clear that Clause 5(1) of the draft Bill permits the outright exclusion of future positive obligations, while Clause 5(2) subjects existing positive obligations to a number of conditions. Although this approach is ‘lawful’ under domestic law, it is problematic from the perspective of human rights law in three respects.

The concept of positive obligations was recognised by the ECtHR back in the 1960s, under the impetus of the Belgian Linguistic case, which concerned the right to education. Since that remarkable decision, the ECtHR has developed this concept, “to the point where virtually all the standard-setting provisions of the Convention now have a dual aspect in terms of their requirements, one negative and the other positive” (see Council of Europe’s guide). For example, the ECtHR has recognised the positive duty of States to protect life by law (Makaratzis v Greece) and the positive obligation to enable individuals to access information about their childhood and origins (Gaskin v the UK). Other international human rights courts and monitoring bodies, such as the Inter-American Court of Human Rights (‘IACtHR’) and the United Nations Human Rights Committee (‘UNHRC’), which monitor enforcement of the American Convention on Human Rights and the International Covenant on Civil and Political Rights respectively, have adopted the same approach, recognising that the effective enjoyment of human rights requires States to comply with both negative and positive obligations (for the IACtHR, see Velásquez-Rodríguez v Honduras). For example, in Toussaint v Canada, the UNHRC affirmed that States have a positive obligation to ensure everyone’s access to health care, which is necessary to prevent risks to life, regardless of migration status. Even more specialised human rights regimes have recognised this type of obligations, with the United Nations Committee on the Rights of the Child being an example (see LH, LH, DA, CD and AF v France).

Second, Clause 5 of the Bill sits uneasily with the principle of the universality, indivisibility, interdependence and interrelatedness of human rights which envisages no distinctions between civil and political rights and socio-economic rights. This principle is based on the idea that, because all rights are closely related and interdependent, their full and effective protection is not possible if we draw a dividing line between them.

This principle has allowed the ECtHR and other international human rights courts and monitoring bodies (see UNHRC in Toussaint v Canada) to recognise the socio-economic components of civil and political rights and to read socio-economic, positive obligations into civil and political rights, which were traditionally associated with negative obligations of abstention only. As long ago as Airey v Ireland, the ECtHR recognised that there is no “water-tight division” separating civil and political rights from economic and social rights, and that “[w]hilst the Convention sets forth what are essentially civil and political rights, many of them have implications of a social or economic nature.” According to the ECtHR in Airey, this may entail reading a socio-economic entitlement/right, in this case, the right to free legal aid, into a Convention right, and the imposition of concomitant positive obligations on States. The principle of the universality, indivisibility, interdependence and interrelatedness of human rights was firmly established on the universal level at the World Conference on Human Rights in 1993 which declared that “[a]ll human rights are universal, indivisible and interdependent and interrelated”.

Finally, Clause 5 will place the UK in breach of its obligations under the Convention. Article 1 of the ECHR, which establishes the general obligation of State parties under the Convention, embodies the concept of positive obligations and the idea of safeguarding human rights by way of positive obligations. This is clear from the text of Article 1 ECHR, which reads as follows: “[t]he High Contracting Parties shall secure to everyone within their jurisdiction the rights and freedoms defined in Section I of this Convention.” As the general obligation of State parties under the ECHR is positive in nature, Clause 5, which will absolve, for most part, public authorities from the obligation to adopt positive action, will lead to UK violations of the ECHR.

The draft Bill of Rights introduces many and unfortunate changes which will significantly water down human rights protection in the UK. One of them is undoubtedly the shift in the approach as regards positive obligations. Clause 5 of the draft Bill discourages new and existing positive interpretations of rights and hence limits the extent to which public authorities will be required to take positive action. This approach, as has been argued, is at odds with many international standards in the field of human rights, first and foremost, the principle that human rights impose on States both negative and positive obligations. It also sits uneasily with the principle of the universality, indivisibility, interdependence and interrelatedness of human rights, as it will prevent an integrated understanding of rights, and it will lead to direct violations of the ECHR. 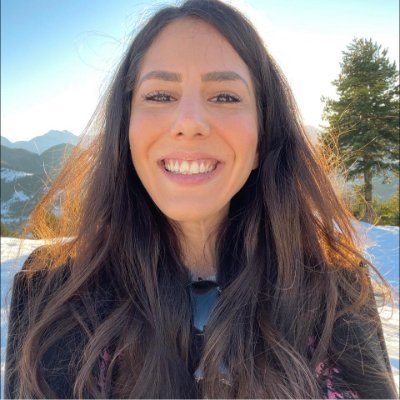