The UK won a major victory with the EU in the Draft EU-UK Christmas Eve Trade Agreement: It got the EU to renunciate the so-called Ukraine mechanism which, in effect, would have made the Commission the UK’s watchdog. This has caused some “Brexit envy” in Switzerland as this mechanism is part of the Draft EU-Switzerland Institutional Agreement. With a “bullshit” campaign, former Foreign Minister Didier Burkhalter, however, has led Switzerland into a cul-de-sac, making it likely that the negotiations will have to go back to start.

The Union’s draft treaty with the UK of 18 March 2020 provided for an “arbitration panel” in the event of a conflict, which would have had to request a binding ruling from the ECJ whenever (i) EU law or (ii) treaty law identical in substance to EU law was at issue. The ECJ’s ruling would have been binding on the panel. Under this mechanism, the European Commission could unilaterally and at any time have taken the UK to its own court, the ECJ. In the Draft EU-UK Treaty, however, a genuine arbitration tribunal was agreed. In Articles COMPROV.13(3) and INST.29(4A), it is even explicitly stated “for greater certainty” that the courts of neither side have jurisdiction to decide disputes and that the judgments of the courts of one party are not binding on the courts of the other. That such clauses were included in the text of the treaty is extraordinary.

The provision on the mandatory involvement of the ECJ, that is part of the EU-UK Withdrawal Agreement, was taken from the EU’s association agreements with its eastern neighbours, the post-Soviet republics of Ukraine, Georgia, Moldova and Armenia. These countries receive large financial benefits from the EU. They approximate their legislation to EU law and have limited access to the internal market. Critics have, however, noted that the ECJ clause in these agreements goes very far as regards sovereignty. The Ukraine mechanism is furthermore envisaged for future agreements with southern neighbouring states, including former colonies of European powers Morocco, Libya, Tunisia and Egypt.

The Ukraine mechanism also remains part of the Draft EU-Switzerland Institutional Agreement (“InstA”). The purpose of the InstA is to provide an umbrella for five existing as well as all future EU-Switzerland “market access agreements”. The most important existing agreements are the ones concerning free movement of persons, technical barriers to trade and land transport. However, there the situation is a bizarre one. InstA negotiations ended on 30 October 2018 and the EU urged the Swiss Government, the Federal Council, to sign the treaty and ensure its ratification. The Federal Council said that its negotiators had achieved 80% of what they had sought. Nevertheless, it has been playing for time ever since. After a consultation of major stakeholders, the Government requested “clarifications” from the European Commission on three side issues: wage protection in the context of cross-border work, the relevance of the EU Citizenship Directive and the ban on State aid. At the same time, it seemed to have come to terms with the institutional core of the InstA – which besides the Ukraine mechanism includes the dynamic adoption of EU law and a “super guillotine” on termination. The latter means that if the InstA is terminated, all the agreements covered by the InstA end with it. The InstA would thus be virtually impossible for Switzerland to terminate. In private law, one would speak of a gagging contract.

The Ukraine mechanism in the InstA has a strange history. Since 2008, the EU has demanded that the bilateral agreements with Switzerland, traditionally administered by joint committees, be subjected to a monitoring and court mechanism. Among other things, the Union proposed that these treaties should be surveilled by the EFTA Surveillance Authority (“ESA”) and controlled by the EFTA Court. The EU assumed that Switzerland would negotiate with the EEA/EFTA States Iceland, Liechtenstein and Norway the right to nominate one member of the ESA and one member of the EFTA Court in cases concerning Switzerland-EU matters. If necessary, the EU would have exerted gentle pressure on the three states to offer a hand. The technical term for this construction is “docking” to the ESA and the EFTA Court. By way of docking, Switzerland could have retained its sectoral approach to access to the internal market. However, under the influence of its Foreign Minister Didier Burkhalter, the Federal Council rejected this generous offer in 2013 and decided to seek direct subordination to the ECJ. The Foreign Minister was determined to set a “point of no return” on the road to EU accession. Other members of the Federal Council had a mental reservation and merely agreed on the assumption that one could give it a try. This would come back to haunt them.

With a “bullshit” campaign, Mr. Burkhalter managed to dispel the obvious criticism that the ECJ would lack impartiality. (According to the famous definition of the American moral philosopher Harry G. Frankfurt, “bullshit is “speech aimed at persuading without regard to truth”.) At the centre was the grotesque contention that the ECJ could not “sentence” Switzerland, but would only issue “advisory opinions”. The key stakeholders agreed, but after three years of negotiations it became clear in summer 2017 that the model with the ECJ would hardly fly in a referendum. Foreign Minister Burkhalter threw his hat, something that only happens once in a blue moon in Swiss political culture. His successor, Ignazio Cassis, promised to press the “reset button” – something that could only mean “docking” – but then the European Commission put the Ukraine model on the table. Mr. Cassis buckled, but he doesn’t share his predecessor’s enthusiasm for the dominant role of the ECJ.

The impact of the EU-UK Christmas Treaty

The fact that the UK managed to avoid the Ukraine mechanism in its Christmas deal with the EU had a huge impact on the Swiss debate. Some top politicians, who had so far loudly supported the Ukraine model, took the view that the Federal Council should also aim to achieve what Boris Johnson (or his chief negotiator Lord Frost) had succeeded in doing. InstA apologists, on the other hand, argue that it follows from simple logic that the solution reached by the UK must be irrelevant for Switzerland. Unlike Switzerland, the UK is not part of the internal market and thus its industry has less access to that market than the Swiss industry. Unlike Switzerland under the InstA, the UK is not obliged to adopt EU law dynamically. This, the InstA supporters say, explains the absence of the Ukraine mechanism. It is normal for the EU to claim a monopoly of the ECJ on the interpretation of EU law in the entire internal market, i.e. also beyond the territory of the EU.

It should be noted here that the other post-Soviet states of Georgia, Moldova, Ukraine and Armenia which have adopted the mechanism with the ECJ are only obliged to “approximate” their legislation to EU law and have only limited access to the EU internal market. The EU also knew that the UK wanted to leave the internal market and yet it tried to impose the ECJ on the British almost until the very end. The difference between the former Soviet Republics and the UK was just that the latter was the stronger negotiator. It is easy to imagine how the InstA proponents would argue if the EU had prevailed. The claim that the abandonment of the Ukraine mechanism in the Brexit deal was dictated by logic is again “bullshit”, as described by Harry G. Frankfurt.

The critical point it is not the ECJ’s competence to interpret EU law, but the claim that even treaty law that is identical in substance to EU law may only be interpreted by the ECJ. It is important to note that the EFTA Court has the right (and the duty) to interpret EEA law, which is largely identical in substance to EU law. However, this only works because the EFTA Court is a multilateral international court. The Ukraine mechanism is painfully reminiscent of the “unequal treaties” that the Great Powers imposed on Imperial China after the First Opium War of 1842. The main feature of those treaties was the establishment of extraterritorial courts on Chinese soil which had jurisdiction over foreign subjects in criminal and private law cases, and sometimes also in mixed cases involving foreigners and locals. The proposed InstA goes even further than these historic examples. It would give the ECJ extraterritorial jurisdiction in conflicts between Switzerland and the EU, i.e. in inter-state conflicts. What is more, the ECJ would become a kind of constitutional court of Switzerland. That is all the more remarkable seeing that the Swiss Supreme Court lacks the competence to review federal laws for their constitutionality.

I have described the genesis of the InstA with the ECJ model of the failed Foreign Minister Burkhalter, and I have pointed to his bullshit campaign. His successor Cassis, despite good intentions, did not have the strength to avoid the Ukraine mechanism, which is only a camouflage of the ECJ model. Rather, Mr. Cassis allowed his services, in yet another bullshit campaign, to claim that the “arbitration tribunal” would have considerable competences. It is telling that these assertions are not even shared by EU protagonists. In the summer of 2020, when the EU’s chief negotiator Michel Barnier tried to impose the Ukraine model on post-Brexit Britain, he only mentioned the ECJ. Numerous professors and legal practitioners from many EU member states, from Norway and Iceland are tooting from the same horn. To give three examples: When dealing with the Ukraine mechanism, the Norwegian professor Mads Andenas speaks of a “poor man’s EEA”, the Luxembourg business lawyer Joë Lemmer of the ECJ concealed within a Trojan horse and Dutch professor Dimitry Kochenov of incompatibility with the values of the international community. Most importantly, contrary to popular belief, there can no longer be any talk of “corporate Switzerland” pushing for the InstA. A new committee of entrepreneurs, remarkably made up of exporters, called “autonomiesuisse” in contrast to the InstA-friendly business organisation “economiesuisse”, is fighting the present InstA draft with great vigour.

Two options with the same consequence

The Swiss are a shrewd people. The Federal Council’s tactic could be to sign off on EU concessions concerning the three side issues – wage protection in the context of cross-border work, the relevance of the EU Citizenship Directive and the prohibition of state aid – in order to save face vis-à-vis Brussels. This would pass the hot potato on to Parliament. If Parliament votes yes, there will likely be a mandatory referendum, requiring a double majority of the voters and of the cantons. The InstA supporters have been purporting that the majority of the cantons will not be required. However, in view of two precedents, the votes on the Free Trade Agreement with the EEC of 1972 and on the Agreement on the European Economic Area of 1992, this cannot seriously be doubted. In light of the general mood, it cannot be ruled out that the InstA would be rejected in a referendum. On the other hand, the EU could also be unwilling to accommodate Switzerland on the three side issues. In that case, the Federal Council would have no choice but to stop the negotiations. In both constellations, as in the Monopoly game, the Federal Council would have to go back to the start. Realistically, two options would then present themselves: Docking with the ESA and the EFTA Court or negotiating a trade agreement without institutions.

Other posts about this region:
Europa, Schweiz 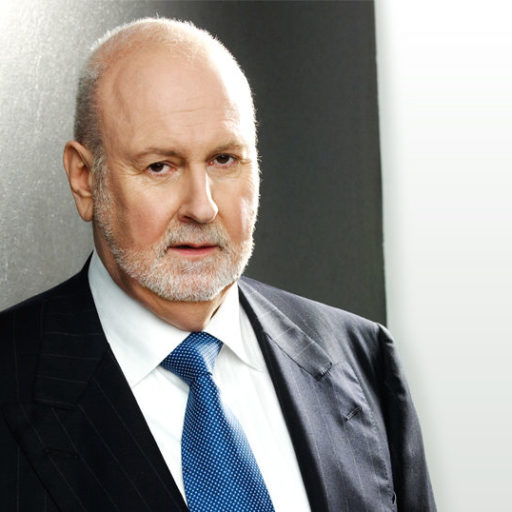 Other posts about this region:
Europa, Schweiz 8 comments Join the discussion
Go to Top