The UK’s Proposal to Pushback Asylum Seekers at Sea, the Australian Model, and International Law

Over the past several months, there has been an increase in asylum seekers and refugees crossing the English Channel in small inflatable boats. This prompted the UK government to propose stemming arrivals with an Australian-style approach: ‘pushing back’ boats to France before they can reach British territorial waters. The UK already funds France to prevent asylum seekers leaving French territory through ‘pullback’ measures. Such pushback and pullback practices likely violate several international refugee, human rights and law of the sea obligations. To uphold their obligations under international law and reduce the number of asylum seekers undertaking dangerous irregular journeys, states engaging in these practices must ensure that safe, accessible pathways to entering their territory exist.

Since 1994, the UK has been operating juxtaposed controls in France pursuant to bilateral agreements. British border police on French soil are empowered to search vehicles and freight travelling to the UK for asylum seeker stowaways. The UK has spent over £300 million since 2010 to secure the French border and stem irregular immigration to the UK, through fencing, CCTV, detection technology, guards and police. The UK has externalised its migration controls and moved its frontier into France, despite individuals unable to make a claim for asylum to UK border officials in French ‘control zones’ pursuant to the Le Touquet Treaty.

With the pandemic reducing lorry traffic to Britain and the situation in Calais and Dunkirk remaining dire, there has been an inevitable increase in boat arrivals. A record 409 asylum seekers arrived in the UK at the start of September by boat from France, bringing the total to over 6,000 in 2020 so far. The UK has been relying on the Dublin Regulation (which will no longer apply at the end of the Brexit transition period) to return individuals that crossed the Channel to the first EU Member State they claimed asylum in.

In response to the UK’s pushback proposal, the UNHCR and the International Organization for Migration (IOM) issued a joint statement expressing their concerns, warning that the “deployment of large naval vessels to deter such crossings and block small, flimsy dinghies may result in harmful and fatal incidents”. However, the Royal Navy announced it has no current plans to deploy ships in the Channel, with additional military aircraft and personnel to be deployed instead (which will clearly be assisting with interceptions).

It is pertinent to evaluate the legality of pushbacks and pullbacks with international law, especially given their occurrence around the world. Many asylum seekers and other migrants undertake dangerous routes to seek safety or a better life abroad and are turned away or obstructed without due process or access to asylum procedures. In the Bay of Bengal and Andaman Sea for example, boats of Rohingya and Bangladeshi asylum seekers are intercepted and pushed back by Indonesian, Malaysian and Thai authorities. In the Mediterranean, Italy, Malta and the EU have been partnering with Libya to engage in pullbacks, while Greece has been pushing asylum seekers back to Turkey in dangerous tent-like inflatable life rafts. Since 2013, Australia has been implementing Operation Sovereign Borders, taking or turning back vessels to their point of departure alongside equipping states in the region to stem departures.

Governments often adopt harmful practices at their borders and engage in externalised migration control assuming this is free of international responsibility. This is not the case.

First, pushbacks and pullbacks are likely incompatible with the obligation of non-refoulement and prohibition on collective expulsion, enshrined either explicitly or implicitly in the 1951 Refugee Convention, ICCPR and ECHR (as well as other regional and international instruments). As Strasbourg made clear in Hirsi Jamaa and Others v Italy, Italian pushbacks to Libya amounted to refoulement and collective expulsion. Similarly, pullbacks expose individuals to a real risk of harm, forcing them to remain in unsafe territory or be returned there, and are at odds with a good faith reading of such obligations.

Second, the deaths at sea can amount to violations of the right to life and long-standing maritime duty to rescue individuals in distress and deliver them to a place of safety. States must rescue boats in distress and protect the lives of those seeking to travel irregularly, not engage in interceptions which can lead to drownings as small boats capsize in the bow wave. The UNHCR Executive Committee has made clear that rescues are not interceptions, while the UNHCR has also emphasised that a place of disembarkation will not be deemed safe where there is a risk of refoulement. A recent Strasbourg judgement calls into question the safety of France for asylum seekers. In N.H. and Others v France the Court held that three asylum seeking men living in France had been subject to degrading treatment in violation of Article 3. The French authorities “failed in their duties under domestic law”, being responsible for the conditions in which the applicants had been living for several months, with the men “sleeping rough, without access to sanitary facilities, having no means of subsistence and constantly in fear of being attacked or robbed” (paragraphs 184-186).

Given their fundamental incompatibility with international law, states should refrain from implementing pushbacks and pullbacks, especially when taking heed of the outcome of Australia’s harsh policies. Australia has repeatedly been condemned by the UN and human rights bodies, but nonetheless touts its policies for their effectiveness in ‘stopping the boats’, breaking the people smugglers’ business model and ending drownings at sea. However, Australia’s policies are costly and unlawful; having led to thousands of asylum seekers and refugees trapped in Indonesia, while others endure years of suffering and abuse in offshore detention centres.

Above all, it is the absence of safe, legal pathways to seeking asylum in the UK (and other destinations) that results in individuals undertaking dangerous maritime or land crossings and states then ‘needing’ to resort to interceptions. Visa requirements and carrier sanctions limit lawful and safe options. Most asylum seekers are unlikely to be granted a visa, unable to meet visa requirements, with short-stay visas typically required for nationals of refugee producing, unstable and low income countries. If they do attempt to travel by a regular plane or ferry, they will be denied boarding by a carrier, which is penalised for transporting undocumented persons. Despite such measures seeking to halt irregular migration, there is clear evidence of counterproductivity, with migrants deflected into irregularity and the hands of smugglers or traffickers. Last year, a report by the UK Foreign Affairs Committee warned of these outcomes with a closed borders policy.

As the UNHCR and IOM emphasised in their statement, saving lives at sea and on land should be the first priority. They called on European and other governments to increase search and rescue, combat human smuggling and trafficking groups, and expand legal pathways to ensure that all who need international protection can effectively access it. In particular, individuals must be able to reunify with their families without having to resort to dangerous options, which demands ‘less restrictive and burdensome family reunion rules’.

Until safe, accessible pathways exist that allow individuals to travel to Australia, Europe and North America to seek asylum or simply establish a better life, we will continue to see individuals embark on perilous journeys with potentially fatal consequences as seen in both the UK and abroad.

The author would like to thank Cathryn Costello for her guidance in drafting the text.

Other posts about this region:
Vereinigtes Königreich, World 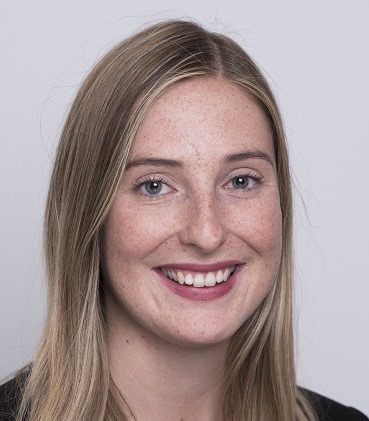 Other posts about this region:
Vereinigtes Königreich, World 3 comments Join the discussion
pixel_not_set
Go to Top