Being Naïve or Putting Business First?

The EU-China Comprehensive Agreement on Investment, Human Rights and the Hong Kong Situation

The European Union would like to believe that it is acting robustly and cohesively to promote human rights and democracy globally. The EU Action Plan on Human Rights and Democracy 2020-2024, confirmed by the Council a few months ago, reaffirms that respect ‘for human dignity, freedom, democracy, equality, the rule of law and respect for human rights will continue to underpin all aspects of the internal and external policies’ of the EU. Promoting “European way of life” is also one of the six priorities of the European Commission during 2019-2024. In an interconnected world, this goal can hardly be achieved fully or effectively if the Commission did not promote these values outside Europe.

Moreover, the EU gives key importance to responsible business conduct (RBC) polices, including by supporting the implementation of the UN Guiding Principles on Business and Human Rights (UNGPs). The European Commission is also set to introduce a mandatory human rights and environmental due diligence legislation in 2021.

This (self-)perception as a force of good in terms of RBC and human rights protection might however be less accurate than many within the EU think. Some details about the recent EU-China Comprehensive Agreement on Investment (CAI) seem to spoil this rosy picture. Commentators have questioned whether China’s promised commitments on sustainable development and labour rights really mean much in practice. I pursue this inquiry further from the perspective of RBC and the current human rights situation in Hong Kong.

It is worth noting at the outset that China poses a significant dilemma from a RBC perspective: it is too big a market to be ignored by states or businesses; at the same time, it is extremely difficult, if not impossible, to respect all human rights while doing business in China.

More importantly, certain fundamental labour rights bind all ILO members regardless of their ratification of the relevant ILO conventions. The 1998 ILO Declaration on Fundamental Principles and Rights at Work commits all ILO member states to respect and promote principles and rights in four categories even when they have not ratified the relevant conventions. The elimination of forced or compulsory labour as well as freedom of association and the effective recognition of the right to collective bargaining are part of these four categories of principles and rights which the Chinese government should respect and promote irrespective of whether it has ratified the relevant ILO conventions or not.

One must also consider that the Chinese system does not provide any opportunity for ‘course correction’ on human rights: courts lack both independence and judicial review power, there are no checks and balances between the executive and the legislature, hardly any internal checks currently exist within the Chinese Communist Party, and there is not much space for independent media or civil society to question government abuses. Therefore, even if the Chinese government ratified the ILO Conventions related to forced labour, there will be no independent mechanisms to monitor the effective implementation of these conventions. In other words, not much is likely to change on the ground.

By virtue of the UNGPs and other international standards such as the ILO Tripartite Declaration of Principles concerning Multinational Enterprises and Social Policy, and the OECD Guidelines for Multinational Enterprises, all businesses – including those wishing to invest in China under the CAI – are expected to respect all internationally recognised human rights throughout their operations. This means that business enterprises should not cause, contribute to or be directly linked to adverse human rights impacts through their operations, products or services by their business relationships.

How can businesses discharge this extensive responsibility? They should conduct regular human rights diligence (HRDD) to identify, prevent, mitigate and account for how they address their adverse human rights impacts. This process entails doing meaningful consultation with potentially affected groups and other stakeholders. However, as noted above, because of the unique operating context in China, it may not be possible to do so in practice, especially if human rights issues are politically sensitive. Moreover, as there are no independent trade unions in China, all unions must be affiliated with the Party-controlled All-China Federation of Trade Unions.

Will the CAI assist or hinder EU companies investing in China to meet their human rights responsibilities? Based on the information available so far, the CAI might become a trap for EU investors: while EU companies would be tempted to invest in manufacturing in China because of huge opportunities, they might be unable to do business there in line with international or EU standards related to RBC. The situation might become worse after the enactment of the mandatory HRDD legislation in the EU. European companies can expect to be sued in the EU and also face civil society campaigns for how they operate in China. Such campaigns need not be limited to address alleged human rights abuses in Xinjiang.

At the same time, it is arguable that CAI could enhance the leverage of the EU and its companies investing in China to improve the human rights situation in the country. This may, for example, facilitate peer learning and allow EU companies to build on existing RBC initiatives in China such as the Chinese Due Diligence Guidelines for Responsible Mineral Supply Chains and push for mandatory ESG disclosure by all businesses operating in China. However, to achieve these objectives, the CAI would have to set time-bound measurable goals that could be verified by independent sources in an objective manner, rather than go by rhetorical commitments.

Depending upon who one asks and how one construes the rule of law, Hong Kong is in a ‘free fall mode’ or ‘back on track’ because of the National Security Law (NSL). Although a NSL was desirable for Hong Kong, it should have been enacted ‘on its own’ by the Hong Kong government as mandated by Article 23 of the Basic Law. Doubts have been raised about the legality of how China’s National People’s Congress (NPC) authorized its Standing Committee to enact the NSL with no meaningful consultation with Hong Kong people. Since the NSL goes against the letter and spirit of Hong Kong’s Basic Law as well the Sino-British Joint Declaration, it is also arguable that the NSL is of ‘suspect constitutionality’, because any action of the NPC or its Standing Committee must not amend the basic structure of Hong Kong’s Basic Law.

Although it was stated repeatedly that the NSL will only target ‘a small minority of’ criminals, the practice so far does not sit well with such an assertion. The arrest of 53 former lawmakers and activists for alleged subversion under the NSL – just a few days after the CAI was announced – is a case in point. Their crime was simply to organise an informal primary election with a view to win majority in the Legislative Council and veto the budget as a bargaining chip with Beijing. Adopting such political tactics will be entirely legitimate and constitutional in many democratic countries. But no more in a post-NSL Hong Kong, when the government is using COVID-19 to undermine civil and political rights.

Even prior to the NSL’s enactment, serious concerns were raised about lack of any effective checks on Hong Kong police’s exercise of power. The NSL has made this situation worse by creating new opaque institutions tasked with administering this law. Even judges handling cases under the NSL are to be designated by Hong Kong’s Chief Executive and the Secretary for Justice may exclude a jury trial in certain types of cases.

At a broader level, what has been unfolding in Hong Kong in the last few years provides glimpses of a clash between two governance models: the emergence of the Chinese model of governance (and political ideas underpinning it) as an alternative to the Western liberal model. The enactment of the NSL and its liberal use to crush incrementally any dissenting voice in Hong Kong reflects this new unconstitutional constitutional reality.

Other posts about this region:
China, Europa, Hong Kong 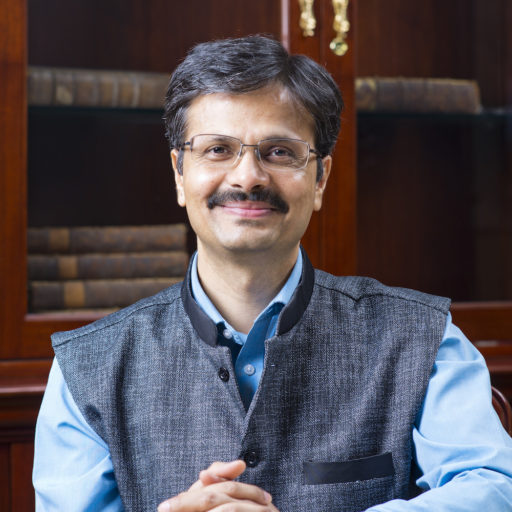 Surya Deva Surya Deva is an Associate Professor at the City University of Hong Kong School of Law and Vice Chairman of the UN Working Group on Business and Human Rights.

Other posts about this region:
China, Europa, Hong Kong No Comments Join the discussion
Go to Top