Beyond the Spectacle: The European Parliament’s Article 7 TEU Decision on Hungary

The next step is a Council meeting where Members discuss the PE decision and Hungary can again defend itself. The Council can then vote on art. 7(1) TEU, where it needs a 4/5 majority. It is, however, more likely, that it will refer the matter back to the Commission and request it to monitor the situation further, engaging in a „dialogue“ with the Hungarian government. This is what happened with regard to Poland’s art. 7 TEU procedure. After an initial period, during which the government of Beata Szydło panicked and Mrs. Szydło was ready to make concessions to the European Commission she had refused to make to the Polish opposition, the Polish government quickly realized the advantage, which it could derive from the slow pace of the EU decision making process: What you once nail for good, no Commission and no Parliament can un-nail. In the meantime, the Polish government has managed to dismantle the judiciary so much that not even the government could undo it. What kind of concessions could Orbán, the Polish prime minister or Jarosław Kaczyński, the man who pulls the strings behind the scenes in Poland, make in order to satisfy the EU? Fire judges, which they appointed unconstitutionally and break the constitution again? Loosen the government’s grip on the appointment of judges and prosecutors? That would deprive any future government from getting rid of these appointees and cement PiS‘ and Fidesz’s power over the judiciary.

Therefore, it is of utmost importance to ask, what we expect the art. 7 TEU procedure to achieve other than just to mete out punishment for a government we don’t like. Yes, Orbán can be punished, if the procedure is followed until the bitter end, when Hungary will be stripped of EU transfers and looses its vote in the Council. But this will not undo the laws on civic organisations and human rights. It will neither empower refugee applicants nor bring back students to CEU and it will not make the judiciary more independent from the government. Judges, who were sent into retirement, will not come back, not even if the government wants them to. Judges and prosecutors, who own their promotions and their privileges to Fidesz or PiS and enjoy duty terms exceeding the current legislative term, can only be removed by breaking the constitution or after adopting a new one. Even if the opposition wins the next election in Hungary or Poland, it is likely that PiS and Fidesz will be needed to form a coalition government and thus will be able to protect their grip on the institutions. And even if the next election ends with a disaster for PiS and Fidesz, can we expect a new government to roll back all the powers PiS and Fidesz have amassed during their reign? Can we expect a new government to dismantle the autocratic, illiberal police state Fidesz and PiS created? Getting rid of PiS‘ and Fidesz’s grip on the institutions, of their puppets and beneficiaries will be much easier under an illiberal, autocratic system than under conditions of the rule of law. In other words: even if art. 7 TEU manages to topple the PiS and Fidesz-government, it will not necessarily reinstate the rule of law in both countries.

If PiS and Fidesz cannot make concessions, they will not. If they don’t, the next step will be a vote in the European Council on art. 7(2) TEU (the famous „sanctions“) which require unanimity. Both governments already swore several times to shelter each other with their veto. Theoretically, it is possible to vote on both cases (PL and HUN) together. Thus, both countries would be excluded from the vote and prevented from cross-vetoing. The advantage would be that once deprived of their voting rights, they cannot complicate the negotiations about the next financial perspective and the budget (where on some stages unanimity is required).

The Council could then introduce a mechanism (already prepared by the European Commission) which puts transfers on hold to countries which do not guarantee the rule of law. However, art. 7 TEU speaks about one procedure for each country breaking the rule of law, it does not mention joint procedures against several countries and it is quite likely the ECJ would quash such a joint vote. Certainly, the EU could catch Hungary and Poland in their own trap and nail things as an ECJ decision would certainly be issued after the budget’s adoption. Obviously, there are a lot of imponderabilia in the process.

There are other mechanisms already put in train which are much more promising than an art. 7 TEU procedure:

1. The European Commission already has dramatically increased the infringement procedures against both governments, either on the Commission level (the so-called „pilots“ and through reasoned opinions) or by bringing complaints before the Court of Justice. Art. 7 TEU procedures are cumbersome and they become directly costly only at their very end. Lost ECJ lawsuits however, especially those initiated by the European Commission, can very quickly become expensive. Art. 7 TEU is uncharted territory, whereas the ECJ forced the Hungarian and the Polish government (see here and here) several times into compliance with EU law.

2. In 2018, an Irish judge submitted a request for a preliminary ruling to the ECJ in an extradition case against a Polish citizen who was held in Ireland and sought by Poland under the European Arrest Warrant. The judge asked whether the person should be sent to a country, where the rule of law has been undermined so vigorously, that this person can hardly expect to get a fair trial. In response, the ECJ imposed a two-tier test to all national courts in the EU. They now have to establish, whether in Poland the rule of law is intact and if not, whether this is likely to impede the rights of the person affected by an extradition request from Poland. The criteria defined by the ECJ seemed to have derived from a description of the Polish judicial reforms and don’t leave Member States‘ courts much leeway in assessing the state of the rule of law in Poland. The basis for the Irish request as well as for the ECJ response was the European Commission’s report to the Council of the EU triggering art. 7 TEU. There can hardly be any doubt, that the Sargentini report will serve as a similar basis in any ECJ preliminary ruling concerning Hungary. Some national courts may even use it on their own initiative even before an ECJ ruling is issued. The „Poland test“ will now be applied to extraditions to Hungary, too. Beyond that, plaintiffs may now oppose the application of any decision of Polish and Hungarian courts which so far were always automatically recognized and executed in other Member States. In August 2018, the German Bundesgerichtshof already cleared the path: It found a decision of a Polish court which sentenced the second channel of Germany’s public television ZDF to apologize again for labelling Nazi-German death camps as „Polish death camps“ contrary to public order and a violation of the ZDF’s free speech rights. More of the same is likely to follow: Courts across the EU can now cease to implement court orders, judgments and decisions from Polish and Hungarian courts, pointing to the European Commission’s art. 7 TEU report on Poland and the Sargentini report on Hungary. In the years to come, this will probably not so much affect judicial cooperation and mutual recognition of court orders concerning transborder business, but it will soon affect issues with high salience for politics and public opinion, for example court orders about transborder child custody issues and proceedings between Polish and Hungarian state enterprises and foreign plaintiffs.

3. Finally, some huge collateral impact on migration politics is to be expected. In the past, German courts already suspended the deportation of refugee applicants under the Dublin III regulation back to Greece, after the European Court of Human Rights had found Greece unable to guarantee fair hearings and human treatment to applicants. Only a few months ago, transfers from Germany to Greece resumed. Instead, transfers to Hungary were put on hold for the same reasons: extremely fast proceedings, Hungary’s low recognition rates and the poor treatment of applicants, not to speak about the harassment and criminalisation of NGOs that try to assist applicants in Hungary. In contrast, the cooperation with Poland continues, despite the Polish government’s refusal to apply the EU relocation scheme and despite the fact that Poland, too, has a very low recognition rate and treats applicants almost as badly as Hungary. Lawyers of applicants risking deportation to Poland under Dublin rules may now point to the Commission’s art. 7 TEU report in order to protect their clients in other EU countries from being transferred to Poland. The Polish government may see this as another windfall gain, but it speeds up the creation of a core EU, based on the eurozone, a common asylum and migration policy and – as this is the foreseeable consequence – a common border control system, replacing Schengen.

It is this creeping shift within the EU which is so dangerous for the EU as a whole, but which is also likely to put more pressure on the Polish and the Hungarian government than any attempt to trigger art. 7(2) TEU. To be realistic, nobody must fear art. 7’s sanctions. But everybody should fear the impact of a slow, invisible meltdown of judicial cooperation and its collateral effects on the Common Market and on Schengen. 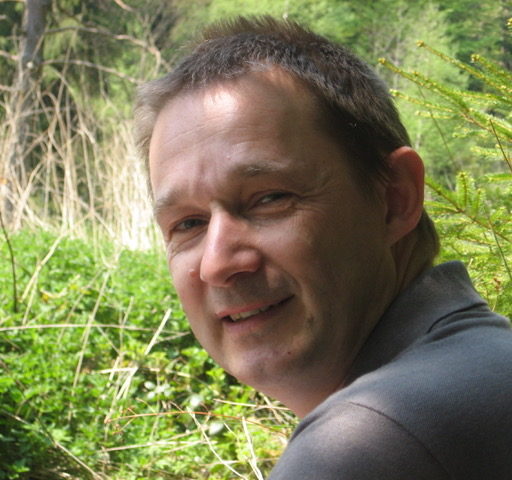 Klaus Bachmann Klaus Bachmann is professor of social sciences at SWPS University of Social Sciences and Humanities in Warsaw, Poland.

Other posts about this region:
Europa, Polen, Ungarn 1 comment Join the discussion
Go to Top