Beyond the State of Alarm: COVID-19 in Spain

The Spanish Constitution of 1978 (SC) includes a specific provision (Article 116) for the three so-called states of emergency – the state of alarm, state of exception, and state of siege – which shall be regulated by an Organic Law. The Government shall declare the state of alarm by decree, decided upon by the Council of Ministers, and shall specify the territorial area to which the effects of the proclamation shall apply. It can last up to 15 days at maximum and only be extended, with no limit, by the authorization of the Congress. The state of exception should be authorized by the Congress and then declared by the Government by decree decided upon the Council of Ministers. It must specifically indicate its effects, the territorial area to which it is to apply and its duration which may not exceed 30 days, subject to extension for a further 30 days period with the same requirements. In addition, Art. 55.1 SC establishes that only in the states of exception and siege can some fundamental rights be suspended, but not in the ‘state of alarm’, where they can only be limited.

The Organic Law referred to in Art. 116.1 SC is Organic Law 4/1981 of 1st June 1981 on the alarm, exception and siege states. It was applied for only the second time in the recent Spanish constitutional history on the 14th March 2020. On that day the Government’s decree 463/2020 ‘declaring the state of alarm for the management of the health crisis caused by COVID-19’ was passed. The only precedent for a state of alarm is almost ten years old (see here) and is completely unrelated to the current situation as it did not have to do with a viral pandemic but with an air traffic controller’s strike. Since 15th March, several House of Deputies’ sessions have been held to discuss the declaration of the state of alarm and to authorize, so far, four extensions of fifteen days each, with the fourth lasting up until 24th May 2020 (Decree 476/2020 of 27th March, Decree 487/2020 of 10th April, Decree 492/2020 of 24th April, Decree 514/2020 of 8th May).

The Organic Law 4/1981 specifies some aspects that the Spanish Constitution does not expressly regulate, among them, the circumstances in which each of the states of emergency can be declared. While the state of alarm can be declared, among other situations, in ‘health crises, such as epidemics and severe pollution situations’ (Art.4(b)), the state of exception can only be activated when there is a severe threat to the public order (Art.13.1). This being so, the declaration of the former during the COVID-19 pandemic is justified. However, those who believe that the government should have declared the state of emergency argue that there has been a breakdown of the public order and that the measures adopted fit better in the state of exception. Given their intensity, especially the strong limits imposed on the freedom of movement, they are rather suspensions than mere restrictions of fundamental rights.

The confinements imposed by the Spanish Government in response to the pandemic are among the most intense in comparative terms since they contain a prohibition of going out into the street with the only exceptions set out in Article 7 of Decree 463/2020: acquisition of food, pharmaceutical products and staples; providing assistance to health centres, services and facilities; commute; return to the habitual residence; assistance and care of children, minors, disabled or especially vulnerable persons; go to financial and insurance institutions; or due to force majeure or situation of need, or any other activity of similar nature.

Considering first the extensive scope of the lockdown (or rather ‘Lock-In’), the first issue that needs to be discussed is whether the restrictions imposed by the Decree comply with the provisions of the Organic Law 4/1981 for the state of alarm. Art. 11(a) enables the Government to ‘limit the movement and stay of the people and vehicles during specific hours and places, or place conditions on them to the fulfilment of certain requirements’. From my point of view, the prohibition of going out into the street except in very concrete situations is more than a simple limitation of the freedom of movement. In fact, for the state of exception, Art. 20.1 allows the Government to ‘ban the movement of people and vehicles in specific hours and places’. The confinements imposed are closer to this latter ban than to the former limitation on movement. However, this does not mean it is the state of exception that should have been declared since the current situation is entirely in line with the enabling clause of the state of alarm (i.e. a health crisis such as an epidemic). It simply means that some of the measures adopted have gone too far beyond what is permitted when taking into account what can be done under the legal framework of the state of alarm. It would be advisable, therefore, to revise the states of emergency when the pandemic is over in order to improve the legal basis to face up future extraordinary situations.

The second issue raised is Spain’s decentralized structure. The concerns largely relate to the wide competences attributed to the Health Minister during the coronavirus crisis, since it is the autonomous regions of the country that decide upon healthcare, and not the central government. The measures adopted have arguably not been previously negotiated with the autonomous regions, but instead unilaterally imposed, and thus undermine the regional competence on health matters. However, the autonomous regions have held some scope for action in regard to the crisis in managing, for example, areas such as health supplies.

The third issue relates to the role of parliament during the pandemic. Art. 116.5 SC establishes that:

Parliaments – the national and the regional ones – are still in session but they have reduced their activity. In Congress it has been limited to voting for the validation of several Decree-Laws passed by the Government which include labour, social and economic measures, and also to authorizing the extensions of the state of the alarm, as well as to the celebration of some of the control sessions of the Health Minister. In this sense, some political parties of the opposition consider that the parliamentary control of the Government should be intensified in relation to the coronavirus crisis demanding, for instance, more discussion in the Houses of Parliament. Apart from that, some regional elections (Galicia and the Basque Country) have been postponed by the decision of the regional Governments involved.

The final issue raised is that it is important to know which Tribunal is in charge of the judicial review of the decree of state of alarm and its extensions, and whether it is the Constitutional Court (which has the monopoly over all judicial review of laws) or the Supreme Court (which holds ordinary jurisdiction). On this point, useful direction can be taken from what happened when the previous state of alarm was declared. On that occasion, the Spanish Supreme Court approved seven decisions between 2011 and 2012 which all rejected jurisdiction to review the legality of the Government’s decrees. According to the Court, the Government had acted as a constitutional body since it had exercised powers directly regulated by the Constitution, not by administrative law, highlighting also that the decree was accepted by the Congress, which had authorized its extension. The Court considered that, since it was a resolution of the Congress, it should be judicially reviewed by the Constitutional Court because it was not an ‘administrative act’. However, the Supreme Court did not provide judgment on what would have happened if Congress had not voted for the extension. Could it have reviewed the initial decree? Would it have been ‘administrative’ in nature? In my view, the authorization of the extension by the Congress does not change the legal nature of the decree: it is in any case a norm decided upon the Council of Ministers and, in this sense, its legality should be judicially reviewed by the Supreme Court.

act with the force of law, expression of the exercise of a competence constitutionally attributed to the Lower House ex Art.116 SC in order to protect, in the corresponding states of emergency, the rights and freedoms of citizens.

The Constitutional Court considered that although it was a norm enacted by the Council of Ministers, the decree had the force of law since it could exception norms with that same force so, along with the Constitution and the Organic Law 4/1981, they were all sources of the law of exception.

The coronavirus pandemic shows with all its harshness not only its devastating effects on the health and life of thousands of people, but also, as Ulrich Beck predicted in 1986 (Risikogesellschaft – Auf dem Weg in eine andere Moderne) the ‘secondary’ effects at a social, economic and political level: more impoverishment and exclusion of the most vulnerable people, loss of hundreds of thousands of jobs, the inability of political institutions to foresee and effectively deal with risks difficult to predict but which they are accountable for.

Therefore, as soon as a certain ‘state of normality’ returns, there must be an intense political, social and legal reflection on how to effectively respond to the risks inherent to this ‘society of catastrophe’ that we live in. The Law of exception, broadly speaking, should not only be part of it, but must be one of the essential points of a deep discussion that should aim at ‘establishing an advanced democratic society’ as set out in the preamble of the Spanish Constitution.

Special thanks to Carlos Closa and Patricia García Majado. 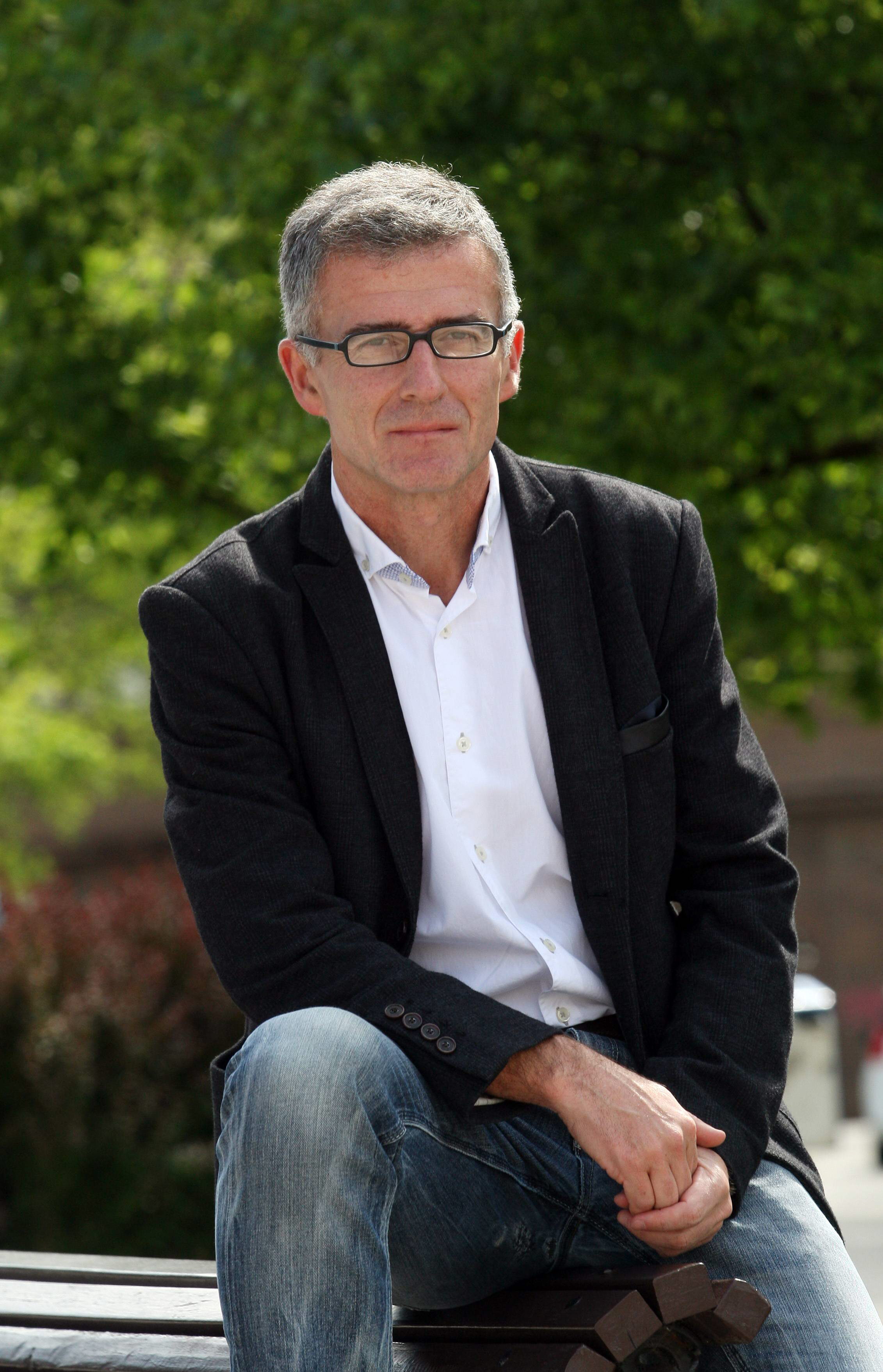