Boris and the Queen: Lessons from Canada

UK Prime Minister Boris Johnson’s advice to the Queen that she prorogue Parliament for several weeks has sparked vociferous controversy.  Many see the move as intended to prevent MPs from having their say on the UK’s withdrawal from the European Union on 31 October and, thus, profoundly undemocratic.   Supporters point out that prorogation is a common practice, long overdue here; and that, as a new Prime Minister, Johnson is correct to seek to offer a new speech from the throne setting out his agenda.  Furthermore, they say, for the last three years the House of Commons has proved incapable of implementing the people’s expressed desire for “Brexit” and is in a poor position to complain.

Various statements by the government have indicated its commitment to leave, no matter the consequences.  It has suggested that, even in the face of a no-confidence vote, Johnson might not  resign before October 31.   There have even been whispers that the government could advise the Queen to withhold royal assent for any anti-Brexit legislation that Parliament might yet pass.  The situation is aggravated by confusion over the relationship between the Fixed Term Parliaments Act 2011 and much older constitutional conventions.

The unfortunate situation, which threatens to do real damage to constitutional, political and social relationships, has some analogues in former British dominions such as Canada.

Canada diverges from the U.K. in having a written constitution that sets out such things as the division of powers, civil liberties, and judicial review of legislation. But it is, as well, a constitutional monarchy that follows the Westminster model of responsible government.  Indeed, the 1867 British North America Act states that Canada’s constitution is to be “similar in principle” to that of the U.K.  That means that some of Canada’s constitutional law takes the form of unwritten rules, conventions and principles.  Among these conventions are those concerning the personal prerogatives allocated to the monarch (or, in Canada, the Governor General or vice-regal).  They include the power to select and dismiss a Prime Minister, to dissolve Parliament, and to prorogue it for a period of time.

Under the principles of responsible government, the Prime Minister is the chief advisor to the sovereign and his advice is almost invariably accepted.  The result is a marked concentration of power within the executive branch.  This concentration has featured in the tenure of several Prime Ministers, but perhaps none more so than Stephen Harper.  Harper, who led minority and majority governments from 2006-2015, was willing to test the limits of his powers.  Notably, he resorted to prorogation in novel circumstances.

Harper’s most notorious prorogation occurred in 2008.  In an October election, Harper won a plurality of seats (143 out of 308).  After a speech from the throne, his government survived an initial confidence vote. But shortly thereafter other political parties indicated they would introduce a no confidence motion at the next opportunity (a sitting the following week).  Those parties also executed a written agreement providing for a coalition government.

Facing certain defeat, Harper advised the Governor General to suspend Parliament for almost two months.  After deliberating for several hours (an unusual length of time), the Governor General agreed.  The move was unprecedented, but it worked in Harper’s favor.  By the time Parliament reconvened, the coalition had collapsed.  Harper continued as Prime Minister.

Harper’s choice to seek prorogation was intensely criticized.  Many saw him as deliberately avoiding the judgment of Parliament, which is the source of the executive’s democratic legitimacy and (together with the courts) a check on its power.  The legislative session had lasted only sixteen days.  Other than safeguarding Harper’s tenure there was no plausible reason for Parliament’s suspension.  Harper also (and somewhat irresponsibly) painted a sinister picture of coalition governments.  He played upon a common misconception in Canada that the party that obtains the greatest number of seats (even short of a majority) has a natural claim to govern and that giving the reins to anyone else would be undemocratic.  The uncertainty seemed to sour Canadians on the idea.

Harper prorogued Parliament again only eleven months later.  His stated reason was that the Vancouver Winter Olympics would be too much of a distraction and everyone should have the opportunity to enjoy them.  On its face, the explanation appears, at the very least, unserious.  In this case, it was even more suspect because the government was facing difficult questions over the military’s treatment of detainees in Afghanistan.  Prorogation conveniently terminated a Parliamentary Committee hearing into the matter.

Many have described Harper’s uses of prorogation as cynical and overly politicized.  It is important to acknowledge, though, that the wide berth of discretion given to the Prime Minister makes political considerations difficult to avoid.  There were other points in Harper’s favour.  In 2008 he had just won a plurality of seats representing the votes of millions of Canadians; he survived an initial confidence vote; and, while not illegitimate, the coalition faced reasonable questions about its durability.  In 2009, Harper was not facing an imminent test of confidence and there would have been even less of a basis for the Governor General to question his advice.

Nonetheless, the common problem in both examples is Harper’s apparent indifference to the perception that he was motivated by self-interest more than national concern.  Additionally, his decisions did not implicate him alone.  The resulting controversy extended to the Governor General, who many saw as keeping Harper in power.  In both Canada and the U.K, the monarch’s most critical function is to remain politically neutral.  Any action that could reasonably threaten that should be avoided but for circumstances of true exigency.  Absent such circumstances, advice tending to put a monarch in that position is as a serious breach of a Prime Minister’s duty.

The Canadian prorogation controversies do not appear to have done serious damage to its constitution (at least, not yet).  Still, the precedent created is troublesome.  A Prime Minister is a constitutional as much as political actor.  The Westminster system, bound by norms and conventions formed over centuries, is only as strong as the internal commitments observed by its key players.  The Canadian examples, and the current controversy raging in the U.K., point to an unsettling fragility at the very core of responsible government.  Any modifications to its fundamental tenets should emerge through a sober, reflective process and not as a function of real politique.  Increasingly, and depressingly, one wonders if that may be too much to ask.

Other posts about this region:
Kanada, Vereinigtes Königreich 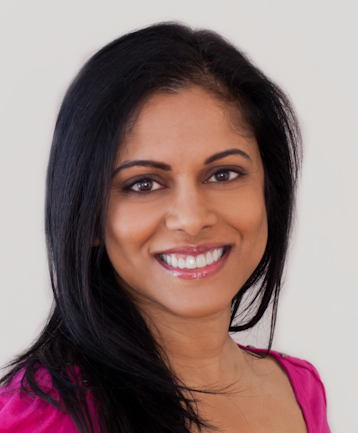 Carissima Mathen Carissima Mathen is Professor of Law at the University of Ottawa. She is the author of "Courts Without Cases: The Law and Politics of Advisory Opinions" (Hart, 2019).

Other posts about this region:
Kanada, Vereinigtes Königreich No Comments Join the discussion
to receive information about new articles and services of Verfassungsblog.de. I know that I may withdraw my consent at any time. More information in the privacy policy.
Verfassungsblog complies with the new GDPR.
Read about it in our Privacy Policy. I opt-out
permanently of anonymized tracking via Google Analytics on Verfasssungsblog.de. This will create a cookie on your device to save your decision.
Go to Top