The relationship between the military and the civilian government is one that has defined the whole constitutional history of Brazil and could pave the way for a collapse of democracy. In February 2021, an interview with the former commander of the Brazilian Army, General Villas Bôas, was published in a book about him. Villas Bôas commanded the Army from 2015 until 2019, acting mainly under Presidents Dilma Rousseff and Michel Temer. In the book, he explained a tweet he posted in 2018 right before the trial by the Federal Supreme Court of former President Lula’s writ of habeas corpus. In his tweet, he claimed that the Army shared the repudiation of the ‘good citizens’ to impunity. The Federal Supreme Court, by a majority of six against five (there are eleven justices in the tribunal), denied the writ of habeas corpus and Lula was sent to jail. At the time, the message posted by the Army general was seen as a pressure against the Federal Supreme Court to decide against the former president.

Current revelations showed that this was an orchestrated movement at the high echelon of the armed forces, and not just an individual act. On 14 February 2021, a newspaper article reported that the content of the tweet was debated by three of President Bolsonaro’s ministers and the army’s commander in order to limit its language. The initial proposal contained suggestions of institutional interference by the armed forces in the Federal Supreme Court. In fact, even President Temer’s Minister of Defence at the time discussed the message with a retired general.

The threats made by General Villas Bôas demonstrate the fragility of the Brazilian democracy. Conflicts between the military and courts have been growing, Bolsonaro increasingly involves military personnel in politics and has made access to guns easier for the general public. In a moment of rupture, Bolsonaro could count on armed men beyond the members of the armed forces and military police. To understand the perilous state of affairs of the civil-military relationship in Brazil, three developments should be considered: the opposition of armed forces to transitional justice in Brazil, the dimension of the movement of militarisation of politics and how Bolsonaro is widening the access to guns in Brazil.

According to the interview with General Villas Bôas, the National Truth Commission (NTC) that functioned in Brazil between 2011 and 2014 was set up as a type of revenge. The NTC was a landmark in Brazilian transitional justice and was supposed to investigate gross violations of human rights committed during the military dictatorship of 1964-1985. Amidst the 29 recommendations made by the NTC, there was the requirement that the armed forces made a public recognition that violations of human rights happened in their facilities. General Villas Bôas understood that this kind of manifestation would be succeeded by criminal liability – as it happened in Chile and Argentina. The military therefore never fulfilled this proposition.

Several other recommendations made by the NTC in 2014 in its final report were also never accomplished. Diverse measures of accountability have been barred: the 2010 Federal Supreme Court ruling that validated the interpretation that the 1979 Amnesty Act was an obstacle for criminal liability of dictatorship’s agents is still in place, despite an appeal filed against the decision that is still waiting for trial. Although Brazil has been condemned by the Inter-American Court of Human Rights twice (in Gomes Lund and Herzog cases), almost fifty criminal procedures have been halted by federal judges. There is an expectation that in the next few weeks, in one case, a federal judge will decide which interpretation (the domestic or the international one) shall prevail. In recognising the need for criminal liability, courts signal to military officers that impunity will not prevail and that the rule of law governs civilian and military authorities. The lack of criminal liability, however, can be linked to criminal violence and the engagement of soldiers with national politics. In addressing past violations of human rights, new democracies praise the rule of law, strengthen its enforcement between soldiers and police officers and prevent them from continuing unlawful policies built in the dictatorship era.

Military appraisal for constitutional institutions is not a reality in Brazil. The armed forces were hesitant to admit their political involvement publicly. They defend the necessity to preserve democracy and support that military political criticism is not allowed by the law – the Military Disciplinary Regulations forbids political expressions. Still, while the 1988 Constitution and the simultaneous fall of the 1964-1985 dictatorship had led to political silence, engagement with politics never disappeared. Since the first directly elected president in 1989 until today, the military has been acting like a factual veto power agent in politics.

During President Fernando Henrique Cardoso’s presidency (1995-2002), General Alberto Cardoso, who was involved in the debate concerning Villas Bôas tweet, was responsible for public security in the ministry of justice. President Cardoso was partially successful in improving the civilian control of the armed forces through the creation of the ministry of defence via the Constitutional Amendment 23 of 1999. Although Article 142 of the 1988 Constitution clearly subordinates the armed forces to the civilian authority of the president, the creation of the ministry of defence – to be commanded by a civilian minister – provided another layer of protection against military insurgency. Nonetheless, all presidential terms that followed the constitutional reform had to deal with political crises inside the ministry of defence.

President Michel Temer (2016-2018), a very unpopular politician, needed to stabilize his government which made him recur to the military and pave the way for their return to politics. He nominated a member of the military to be his minister of defence, breaking the informal rule followed by his predecessors of only choosing civilians. Coincidentally (or not) the general was also asked for advice on the content of Villas Bôas political manifestation on Twitter – he was afraid of the consequences of threatening the Federal Supreme Court with a blatant institutional interference. President Temer also promulgated the Act 13.491 of 2017, which makes it more difficult to establish the criminal liability of military involved in human rights violations, assigning them to the criminal competence of the Military Justice system. Another measure adopted by Temer’s administration responsible for bringing back the military for the center of politics was the enactment of the criticized federal intervention in the public security’s office of the state of Rio de Janeiro. The former president nominated a general to command the administration of state and federal agents (policemen and military) responsible for public security, and also to deal with budgetary matters. Albeit the celebration of some politicians with the engagement of the military federal intervention, its practical results were poor.

Jair Bolsonaro, a former military member, went deeper with the movement of militarisation of politics. His government inserted around 6.100 soldiers in political positions according to an investigation of the Federal Audits Court.

The militarization process is not limited to politics. Under the presidency of Jair Bolsonaro, and aiming at fulfilling a campaign promise, access to guns in Brazil was widened and facilitated. Bolsonaro initiated this right from the start of his term. In 2019, he issued diverse executive orders that created a juridical ‘mess’ on what would be the prevailing regulations on access to guns. On 12 February 2021, however, four new decrees allowed that common citizens could own up to six guns.

The move was done probably because Bolsonaro now counts on his allies holding the presidency of the Chamber of Deputies and the Federal Senate. Whereas in the recent past those authorities could set for voting legal measures that could halt the president’s executive orders, as they did, the chances for opposition are now low.

The most endangering aspect, however, is related to the close relationship and sympathy Bolsonaro and his family nurture for militiamen. Former members of the military police in the state of Rio de Janeiro, those supporters have been gaining terrain in state and federal politics. They oppose, under certain circumstances, the power of drug dealers and dominate huge areas, capturing votes and illegally demanding that citizens pay for the services they control – such as gas supply, transport and access to cable TV.

Free and wide access to guns is something that praises Bolsonaro’s most radical supporters in the far-right, the militiamen. In that sense, an eventual support for a radical collapse of democracy could count on armed men beyond the members of the armed forces and military police in the states. A situation similar to what happened in the transition from Trump’s presidency to Joe Biden’s administration in the United States, including the Capitol riot, is not far from Brazilian political horizon. Bolsonaro‘ youngest son, representative Eduardo Bolsonaro, even suggested, in May 2020, that it is no longer a question of if, but of when a moment of rupture will take place.

What Courts Did and What They Could Have Done

Federal Supreme Court’s Justice Edson Fachin published an official statement on February 15, declaring that the threats made by General Villas-Bôas were intolerable and unacceptable. In the following, a far-right radical congressman and former military police officer, Daniel Silveira, published a video in which he threatened the Federal Supreme Court’s Justices: he declared that he imagined the Justices being beaten, that they should be sent to jail and that he would persecute them (the video is now deleted). He also defended acts of the dictatorship. The video was a response to Justice Fachin’s official statement. A Federal Supreme Court Justice ordered the imprisonment of the congressman accusing him of violating the National Security Act (Act 7.170 of 1983). His ruling was confirmed by a unanimous decision of the bench. The Chamber of Deputies, the house to which the representative is linked, shall decide on maintaining his status in prison.

The Federal Supreme Court reaction was an important sign against Bolsonaro’s most radical supporters, although it is based on the dictatorship’s National Security Act and has controversial arguments. Still, it does not touch the civil-military bonds. The magistrates could also ask public prosecutors to open an investigation against the involved military authorities for crimes against the National Security Act, which forbids acts that aim at threatening the free functioning of the branches of power. The indulgence displayed by Brazilian judges and courts towards unlawful political engagement of the military is a high price paid by constitutional democracy. As Haggard and Kaufman have shown, the ingredients for a weak democracy syndrome are all present in Brazil: poor functioning of the institutions; enduring economic crisis; and, praetorianism, that is, the absence of a civilian control of the military.

Leaked information indicates that the condemnation of former President Lula could be nullified by the Federal Supreme Court in the future. If the court acts vigorously to oppose former federal judge Sérgio Moro’s ruling, it will be demonstrated, one more time, that Brazilian armed forces engage with politics unlawfully for diverse reasons. First, because their political activity is forbidden by law. Second, because they were trying to interfere in the Federal Supreme Court to obtain a verdict – Lula’s imprisonment – that had no legal basis. 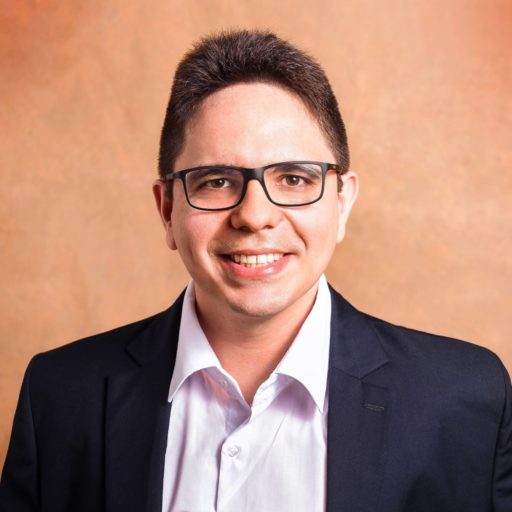 Other posts about this region:
Brazil 5 comments Join the discussion
Go to Top