Brexit, Democracy and the Rule of Law

The decision of the High Court in London this week was a ruling not on whether Brexit should happen, but on how it can happen lawfully. Some of the press coverage of the decision has been deplorable. There is nothing–nothing at all–in the court’s judgment to block the will of the people, to reverse the result of the referendum, or to get in the way of Brexit. Nor is there anything inappropriate in turning to the courts to determine how Brexit can proceed in accordance with the rule of law. To rule on such matters is emphatically the courts’ job. For 25 years I have been among the first to criticise judicial rulings that trespass into terrain better left to politicians and Parliament. But this is no such case. The court has done nothing improper and those who sit idly by whilst others who should know better castigate the judges for doing their job should be ashamed of themselves. We are a country that abides by the rule of law, and we should act like it.

All of that said, as a lawyer I think the court’s ruling is wrong. What follows is a pretty technical legal analysis of why I think so. This is not a party political intervention, and nor is anything in this post informed by the fact that on 23 June I voted to remain in the EU. I voted remain because I thought that David Cameron’s renegotiation of the UK’s terms of membership was pretty good. I have not changed my mind about that, albeit that I think the UK must now leave the EU because a clear majority of the British people said so in the referendum. There are aspects of the decision made on 23 June that worry me (notably over the economic uncertainty caused by not knowing what our future relationship with the single market is going to be) and other aspects of that decision that I positively celebrate (such as the fact that we will be free of the Court of Justice’s highly problematic case-law, which has often completely failed to adhere to what I would recognise as the rule of law). But all these reflections are completely immaterial to what I think of the High Court’s ruling in the Article 50 case on Thursday.

The issue to be resolved in the case is simple to state. It is whether government ministers have the legal power to trigger Article 50 (the formal mechanism by which a Member State leaves the European Union). This is a question of UK constitutional law. It is not a question of European law. It is a question of UK constitutional law that has a single UK-wide answer. It is not a matter in respect of which English law, Scots law and Northern Irish law have different answers.

If the answer to the question is yes, the power that ministers have to trigger Article 50 would be a prerogative power of the Crown–the prerogative power to make and unmake treaties, and to conduct international relations. If the answer is no, Parliament would have to pass a statute to confer such a power on ministers. So the question is whether ministers can trigger the beginning of the UK’s formal departure from the European Union without further parliamentary enactment. The question is not whether ministers could conclude that process without further parliamentary enactment. (The answer to that question would clearly be no.) In other words, the questions is not “does Parliament have to be involved in the Brexit process”. Of course Parliament has to be involved. The question is a much narrower one: “does Parliament have to be involved before the Brexit process may be formally commenced under Article 50?”.

Now, the first thing to say about ministers triggering Article 50 is that they are not doing it simply because leaving the EU is now government policy. They are doing it because this was the clear instruction of the British people in the referendum on 23 June. There are many things that the referendum did not decide. It did not decide the extent to which the UK will in the future participate in the single market. It did not decide whether the UK should remain within the customs union. It did not decide that there can be no future pooling or sharing of sovereignty over our border controls. It decided none of these things. It decided simply–no more and no less–that the UK should cease to be a Member State of the European Union. It decided nothing about what future relationship with the EU the UK should have (save that it should no longer be a Member State). There is one and only one way in which a Member State may lawfully leave the European Union. That is by that state triggering Article 50. So the result on 23 June was a direct instruction that Article 50 be triggered, because it was a direct instruction that the UK should leave the EU (and it was known when that instruction was issued that the only lawful means of achieving this is under Article 50).

My first problem with the High Court’s judgment is that it ignores all these facts. Indeed, the fact that ministers wish to trigger Article 50 early in 2017 because and only because they have been instructed to do so by the British people is overlooked in the judgment. This is a stark omission. Ministers’ exercise of the prerogative to trigger Article 50 is no ordinary executive act: it is an act ministers have been told to undertake in a referendum authorised by Act of Parliament.

My second problem with the judgment is that it mischaracterises the European Communities Act 1972 (“ECA”). This is the Act that gives effect in the legal systems of the United Kingdom to the rights and obligations we have under the law of the European Union. Only Parliament could repeal this legislation. Triggering Article 50 would not repeal it. Ministers could not repeal it. The ECA is, without doubt, one of the most significant enactments ever passed by the United Kingdom Parliament.

The legal core of the court’s ruling is that the European Communities Act prevents ministers from triggering Article 50. This is the ruling I consider to be incorrect as a matter of strict legal analysis. The ruling is arrived at via three main steps, as follows: (1) under the ECA, UK citizens enjoy rights and obligations arising under EU law; (2) under our constitutional rules, ministers may not take away our statutory rights unless Parliament has expressly authorised them to do so; (3) under the ECA there is no express provision made about withdrawal from the EU. There is therefore no express provision in the Act about ministers removing from our legal systems rights we enjoy under EU law. It follows, says the court, that the 1972 Parliament must be taken to have intended that the ECA it passed in that year was meant to deny to future ministers the prerogative power to withdraw the UK from the EU.

Secondly, our constitutional rules about ministers not being able to dilute or diminish statutory rights without express authorisation have no application here. Triggering Article 50 will not dilute or diminish anyone’s statutory rights. It will commence the formal legal process by which the UK leaves the EU, no more and no less. What happens to the rights and obligations we possess in the UK by virtue of our EU membership will be a matter for Parliament to determine in due course. And it is worth noting, of course, that Prime Minister Theresa May has said that she will invite Parliament to legislate to maintain in force in the UK all the substantive rights and obligations we currently enjoy under EU law. It is government policy that workers’ rights will remain as now. Rights to equal pay likewise. Social protections will continue. And so on. But they will continue as UK rights and obligations, not as EU rights and obligations.

Our constitutional rules about ministers not being able to dilute or diminish rights without express statutory authorisation are relatively recent. The key sources of these rules are two House of Lords cases decided in 1998 and 2000 (Pierson and Simms). Herein lies the fatal flaw in the third step of the High Court’s reasoning: how can the 1972 Parliament coherently be said to have intended an outcome that was not established in our constitutional law until nearly thirty years later? A ruling that relies on the proposition that the European Communities Act must be interpreted as if its authors intended their work to prevent ministers from exercising their prerogative powers over the making and unmaking of treaties is one that is inevitably anachronistic. It is therefore an irrational conclusion and, for that reason, there must surely be at least the prospect that the UK Supreme Court will in time overturn this week’s High Court ruling.

Postscript. Anyone with any knowledge of my views of the relationship of prerogative to statutory power will know that I take no pleasure in the conclusion that the High Court is wrong. I am no lover of prerogative power. I would dearly like our constitution to provide that in the exercise of such momentous powers as the triggering of Article 50 UK ministers must first seek and obtain clear parliamentary authorisation (and not merely clear popular authorisation). But, whatever I would like our constitutional law to be is immaterial to what I think our constitutional law is. And, however much I may wish it were otherwise, I am of the view that it would be perfectly lawful for UK ministers to trigger Article 50 under the prerogative and that the High Court was mistaken to rule to the contrary on Thursday.

This article has been published on the author’s Notes from North Britain blog and is republished here with kind permission. 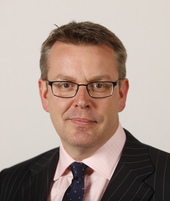 Adam Tomkins Adam Tomkins is John Millar Professor of Public Law at the University of Glasgow. In May 2016 he was elected a Conservative Member of the Scottish Parliament for Glasgow.