Brexit, Identity, and the Rise of the Euro-Celts

Whatever the result of the referendum on Europe’s Schicksalstag on 23 June, two striking features of Brexit discourse will keep haunting the United Kingdom and Europe at large. Firstly, even if a Brexit is narrowly avoided, fierce, categorical Euroscepticism will remain strong. Support for ending the United Kingdom’s EU membership, having joined the bloc together with Ireland and Denmark in 1973, has surged in the lead-up to the referendum, at many times taking the lead in various polls. Secondly, an aspect that we argue deserves as much attention, is the largely ahistorical and decontextualized nature of many of the arguments, on both sides of the campaign. National (and constitutional) identity is not just a British issue, but concerns first and foremost the different nations within this “country of countries”.

The diminutive term “Little England” has been used by David Cameron in the Remain campaign as an argument for a stronger Britain within the European Union. However, it is fair to say that for the non-English parts of the United Kingdom, after leaving the EU, a more self-assertive England will be perceived as anything but “little”. After all, it represents 84 percent of the total UK population. Instead, less than two years after the first Scottish referendum on independence and in the year of the centennial of the Easter Rising in Ireland, the prospect of the United Kingdom outside of the EU is bound to send political shockwaves throughout the British Isles. These would set in motion centrifugal forces tearing at the seams of what holds the UK together and raise questions about bot the identify and future direction of its constituent parts. A ‘velvet divorce’, then, appears as one of the more optimistic scenarios. Whatever the fate of the henceforth UK-deprived EU, it may well be the beginning of the end of the United Kingdom as we know it, and give rise to what could be called “Euro-Celtic emancipation”.

Quite a few things were already hard to imagine about the “Leave” campaign’s arguments. For instance, that a government led by right-wing Tories would redirect most of the money that a Brexit would allegedly save straight into the National Health Service (NHS) or that delegations from India, China and the U.S. would be travelling to London bearing gifts in the form of highly preferential trade deals, seeing that access to the UK market currently amounts to one seventh of that of the entire internal market of the 28 EU countries.

Another matter which requires a lot of imagination is that Brexit would not in one way or another prompt a chain reaction in the non-English parts of the UK, driven by the twin forces of nationalism and a polity’s fundamental attitude towards European integration. While in England nationalism and Euroscepticism frequently appear as two sides of the same coin, the opposite is the case in at least two of the UK’s other nations. As surveys in both Scotland and Northern Ireland show, strong nationalist sentiment and being in favour of European integration can go hand in hand. The United Kingdom’s secession from the EU, hence, will not feel to many in Scotland and Northern Ireland as “taking back control” and regaining “sovereignty”. Rather, it will be perceived as a loss of protection from domineering by Westminster and the English majority population. In short, it threatens further marginalization, highlighting the political rather than purely geographical connotations of the term “Celtic fringes”.

In Scotland, the memories of the referendum on independence are still fresh, with the Scottish National Party (SNP) having emerged as the country’s predominant political force. Were the United Kingdom as a whole to vote to leave the EU, while Scotland votes to remain, voices will be raised for a new referendum on independence. For the Scots, leaving the EU—including the repeal of the European Communities Act and possibly even withdrawal from the European Convention on Human Rights—may well be perceived as a fundamental change of circumstances in their relationship with the rest of the United Kingdom.

Also across the Irish Sea fundamental questions would arise following a Brexit. In a predictable effort at decontextualization, the assassination of Labour MP Jo Cox, who campaigned for Remain, has been explained by Leave supporters such as Nigel Farage as “the actions of one crazed individual” and as an “isolated, horrific incident”. But while this brutal killing has caused shock throughout the UK, it is important to recall that Northern Ireland is no stranger to politically motived violence. This makes it no less serious or horrific, but reminds us that the British Isles, throughout their history, have not been “isles of the blessed” marked by perpetual peace.

Being drawn back into the harsh reality and the looming dangers of polarization and radicalization, the questions regarding Northern Ireland hence appear all the more intractable: How can a seceding UK “take back control” over its borders while keeping its only land border—which happens to be with an EU Member State—open? What will be the future of the peace process in the North with one of its most beneficial background conditions, joint membership of both countries in the EU, gone? One answer might be luring Ireland away from the EU and back into the British embrace. Such thinking is as real as the rift between Irish and English perspectives is manifest. Earlier this year Ireland solemnly celebrated the centennial of the Easter Rising, which, though quashed, foreshadowed the establishment of an Irish state free from British rule. Meanwhile in England, prominent Leave campaigners such as Daniel Hannan deride the Rising as “melodrama”, as he openly dreams of an alternative history in which Ireland would have evolved “peacefully into a self-governing Commonwealth ally”. But Boris Johnson was right on one point in his otherwise strange comparison between the EU, Hitler and Napoleon: The EU’s methods are “different”—not least compared to those employed by the British Empire from the point of view of those seeking “home rule”.

What remained very much absent from the debate was that EU law not only protect fundamental rights and freedoms, but also the national identities of the Member States (Article 4, paragraph 2 of the Treaty on European Union). Perhaps for “Little England”, that is not enough. But after Brexit, who would protect the national identities of the other nations of the UK? The argument that a vote to leave will strengthen the internal cohesion of the United Kingdom and will not be detrimental to Anglo-Irish relations is misguided. While it may instil a reinforced sense of national pride in the UK’s largest nation, it would confront others with a fundamental reflection and difficult decisions. Which Union has been kinder to them throughout history? And if they had to choose one, which one would it be? 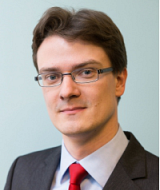 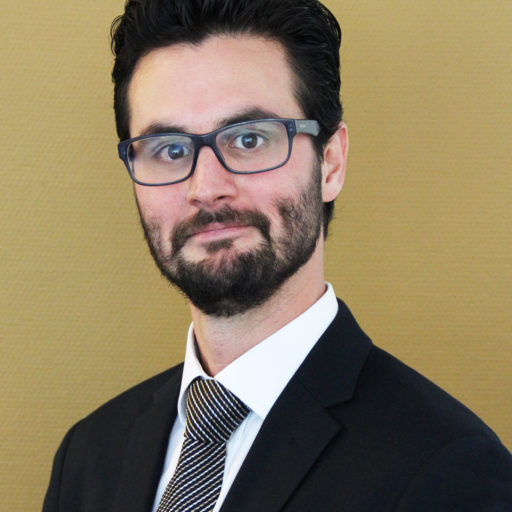 Aaron Matta Dr. Aaron Matta is a Senior Researcher at the Hague Institute for Global Justice.