Call Me by Mum’s Name

Over the past few years, the Italian Constitutional Court has largely contributed to the equalization of the positions of parents as far as the choice of the surname(s) for newborns is concerned. In the absence of legislative reforms, it has tried to adapt the Italian legal framework, which still adheres to traditional naming practices, to constitutional and international standards of equality, with inputs coming from the ECtHR as well.

In the recent decision (ordinanza) n. 18/2021, responding to a question of constitutionality submitted by the Tribunal of Bolzano on the possibility for the parents to agree on the mother’s surname for their child, the Court went further. The justices submitted, to their own judgment, the more general question of whether the automatic preference of the father’s surname, enshrined in the Civil Code, is compatible with the Constitution. In this case, the Court considered that simply permitting the consensual choice of the mother’s surname may not be appropriate and sufficient to ensure equality between parents, as the default option would still be the automatic attribution of the father’s surname.

This step shows the intention to counter the Parliament’s inertia, after it has enjoyed a fairly long timespan to exercise the power to regulate a certain issue after domestic and international judgments on the matter. It is not as explicit as it was in a recent case, in which the Court gave the legislature almost a year to decide and afterwards intervened, but it is a symptom of the same logic.

Even if the conclusion of this case may seem obvious as the question was raised by the constitutional justices themselves, this is not entirely true. The outcome of the judgment of the Court on the self-submitted question could change, vis-à-vis amended legislation (as it happened in decision n. 366/1996), or due to a variation in the composition of the Court. Although none of these options seem likely at the moment, certainty will only come with the final judgment, which will most probably reflect the dynamic explained above, leading to a compensation of legislative inertia.

The Increasing Protection Provided by the Court Against Discriminatory Family Law

Before the past decade, the justices of the Constitutional Court were more inclined to demand the intervention of the legislator with respect to this issue. In fact, already in 1988 (decisions n. 186 and n. 586), the Court had dismissed similar claims acknowledging that society may evolve towards different naming criteria, more consistent with the autonomy of the parents, but devolving such change to a legislative measure. In 2006 (judgment n. 61/2006), in another concrete or incidental proceeding (in which a judge challenged norms to be applied in an actual case pending before him), the Court took a small step forward. It recalled international sources and the case law of the ECtHR, as it stated that the mechanism of automatic attribution of the father’s surname derives from a patriarchal understanding of families which infringes upon current constitutional norms, especially with respect to equality between sexes. Nevertheless, it did not admit this case, considering that the creative operation asked to the Court would exceed its role, while urging the Parliament to intervene (similarly to the domestic judgment, n. 138/2010, which preceded ECtHR’s Oliari and others v. Italy).

Later on, the question of the choice of the surname was submitted to the ECtHR in the case Cusan and Fazzo v. Italy (2014). Here, the applicants tried unsuccessfully to register their daughter under the mother’s surname, receiving first a denial and, after the corresponding appeal, the authorization to add the mother’s surname to the father’s. The couple challenged these decisions alleging that their right to private and family life had been violated, alongside the prohibition of discrimination and the right to equality between spouses. Focusing on gender discrimination and observing that the “patriarchal” conception of families based on the role of the husband is not compatible with the principle of equality between men and women (para. 67), the ECtHR concluded that there had been a discrimination, as well as a violation of the right to private and family life. In spite of the explicit call upon Italian authorities to amend legislation and praxis in this respect (para. 81), no reform has succeeded in Parliament.

Two years later, in judgment n. 286/2016, the Constitutional Court ruled that spouses are allowed to consensually add the surname of the mother to the one of the father at the birth of the child, extending this option to unmarried couples and adoptions. Interestingly, the reasoning of the Court in that case was based exclusively on the Italian constitutional framework, namely articles 2, 3 and 29 (for an analysis of the arguments see here). The traditional mechanism would negatively affect the right to personal identity of the child, while representing an unreasonable unequal treatment of the spouses, which does not serve the purpose of protecting the unity of the family as enshrined in article 29 of the Constitution and violates the “moral and legal equality between spouses” (for a critical comment see here). The international framework, and in particular the ECHR and the case law of the ECtHR, which could have been included in the judgment thanks to the reference to article 117 of the Constitution (according to which the legislative powers of the State and the Regions have to be exercised in compliance with the Constitution and within the constraints deriving from EU legislation and international obligations), was not taken into account in this case. The Court relied upon domestic standards, missing the opportunity to enter into a dialogue with the previous European case law on the matter (see here).

2021: Requiring the Parents’ Agreement is Not Enough

In October 2019, the Tribunal of Bolzano raised a question concerning the constitutionality of article 262.1 of the Civil Code, which provides for the children born from unmarried couples that, when both parents recognize them, they are automatically assigned the father’s surname. This is valid even against the common will of the parents to give them exclusively the mother’s surname, which was the actual case before the Tribunal.

The claim considers that this mechanism violates article 2 of the Constitution, with respect to the protection of personal identity, as well as article 3 (principle of equality), being founded on sex discrimination and a traditional, outdated conception of the family and the role of the husband, already contested in judgment n. 286/2016. Additionally, it relies upon article 117 of the Constitution to recall articles 8 and 14 of the ECHR, the ECtHR’s judgment Cusan and Fazzo v. Italy, and articles 7 and 21 of the Charter of Fundamental Rights of the EU.

In decision n. 18/2021, against the opinion of the State’s defense representing the executive in the case, the Court preliminarily ruled that the petitum of the Tribunal did not require a creative operation, but the potential recognition of a “constitutionally imposed” exception to the rule. It affirmed as well that the issue at stake was intertwined with the regulation of the automatic attribution of the father’s surname, which represents the result of a legal tradition no longer consistent with the constitutional framework.

In judgment n. 286/2016, the Court had stated the need to restore the principle of equality between parents as an obligation for the Parliament, which has not reacted yet. Therefore, “pending a legislative intervention, which cannot be postponed, intended to organically regulate the matter, according to criteria finally coherent with the principle of equality”, the general norm would stay in place.

Therefore, the question assumes a wider scope than the one submitted by the Tribunal of Bolzano. Even if the possibility to choose the maternal surname was granted to the parents, the general rule of assigning the father’s surname would be applied without their specific contrary agreement. Such cases would presumably be very frequent and would confirm the prevalence of the paternal surname, incompatible with the value of equality largely affirmed in previous jurisprudence: just the mother would need to reach such an agreement to give her surname to the child, the mechanism being automatic for the father.

The decision on whether this automatism is unconstitutional logically precedes the solution of the question raised by the Tribunal of Bolzano, as it may challenge the principle of equality of the parents, the right to personal identity of the child, and not guarantee the unity of the family (which would be pursued more clearly through egalitarian norms, as such unity requires solidarity and parity, defended already in judgment n. 133/1079). Additionally, the ECHR enters into the equation through article 117 of the Constitution, in reference to articles 8 and 14 and their interpretation provided in the abovementioned case Cusan and Fazzo v. Italy.

Consequently, the Court felt obliged to raise before itself the question of constitutionality of article 262.1 of the Civil Code as far as it still establishes the automatic attribution of the father’s surname. Requiring an agreement between the parents to choose the mother’s surname would still be a violation of equality, as the father would not need any action to see his surname attributed to the newborn. The phrasing of the question and the recent judicial trends make it likely that the judgment of the Court will strike down the automatic mechanism. Nevertheless, only the Court’s final decision on this self-submitted question will determine the elimination of the automatism from the legal system, thanks again to constitutional case law compensating for the lack of legislative interventions. 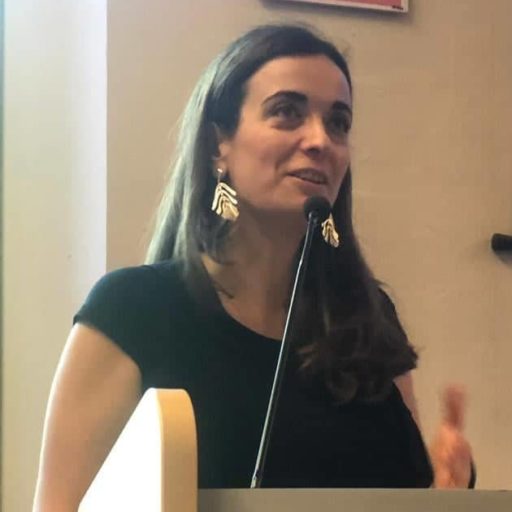 Other posts about this region:
Europa, Italien No Comments Join the discussion