Can an Art. 50 TEU withdrawal notice be revoked? How Advocate General Bordona offered a legal Trojan horse to Union law

„Now this is not the end. It is not even the beginning of the end. But it is, perhaps, the end of the beginning” [Winston Churchill, November 1942]

The opinion of Advocate General Bordona given in the Case Wightman et. al. triggered mixed feelings concerning the political and legal implications made. The opinion expressed, namely the possibility to revoke the notification of withdrawal, seems to be – factually and legally – transcendent. It may be politically and economically desirable to keep the UK in the Union, but this does on the other side not justify the introduction of a “legal Trojan horse” into the European law order by interpreting the European treaties in a one-sided manner. The question whether a withdrawal of the notification is permissible inherits political, economic and social implications, that have to be considered. However, the work of art in answering the question of admissibility lies in interpreting the ratio legis of Art. 50 TEU considering the interests of all Member States. Therefore, AG Bordona has taken a politically preferable but legally untenable interpretation of Art. 50 TEU.

Political misconduct can only be solved politically – a review

In the context of European integration, the issue of withdrawal from the European Union was discussed for the first time during France’s “empty chair policy”. The French delegation decided, following the failure of the negotiations in the Council on the EEC Commission’s proposal for financing the agricultural market, not to attend Council meetings from July to December 1965. This measure was not only taken on the occasion of the failed negotiations on the agricultural sector. Rather, the then President de Gaulle was concerned about the increasing loss of French sovereignty due to European integration. On 14.1.1962, according to Art. 8 III EECT the decision was taken to carry out the transition to majority elections in the Council of Ministers. The consolidation of the supranational structure of the community was a thorn in de Gaulle’s side, which he tried to prevent by boycotting the Council of Ministers.

France’s boycott declaration was settled by the Luxembourg Agreement of 1966 and the Ioannina formula, through a political compromise. Otherwise, France’s withdrawal from the EC should have been considered. It is true that this event is only, to a limited extent comparable to the current situation in Great Britain. However, this review has added value: this incident shows, that the European Union is a voluntary community which requires a certain degree of willingness to compromise both legally and politically. Having said that, compromises after the accession to the EU can only be reached politically. The subsequent interpretation of Union law must not undermine a party’s unwillingness to compromise, by interpreting the law in one direction. Also in the case of Great Britain, a prior political rapprochement between the parties would have been preferable. Not only the loss of confidence between the Member States would have been prevented, but also it would have prevented the current unfortunate situation. A subsequent legal correction of the national (!) declaration of withdrawal by interpreting Union law (!) can restore the broken relationship between Great Britain and the EU only to a limited extent.

How Art. 50 TEU was converted into a means of political pressure

By considering the revocation of the withdrawal declaration as legally permissible, one creates a means of political pressure, or in other words, a legal Trojan horse. In succession of this interpretation, the exit option of Art. 50 TEU could be used in future by any Member State as a means of exerting political pressure and in the consequence, influence the Member State’s negotiation position in the Union. This seems to be the background for the abuse control demanded by AG Bordona. As already pointed out on this blog the further form of the control mechanism is dubious. Nevertheless, the revocation of the withdrawal declaration is a measure which stands in contrast to the ratio legis of Article 50 TEU. Paradoxically, Art. 50 TEU has a property that promotes integration: it not only creates deterrent effects by bearing in mind and threatening with the consequences of a withdrawal from the union, but also denies at the same time the Union’s status as a state, which is – occasionally – used as a pretext for disintegration tendencies. By taking away the threat of automatic exit through accepting revocability, one would undermine one of the functions of this norm [as Smismans correctly points out].

Further, against this background, Art. 50 TEU would only permit a revocation of the declaration of resignation if the declaration had been made in agreement with the Member States. Art. 50 TEU is, in the truest sense of the word, a damage-minimizing norm and aims thus at maintaining the legal, economic and social status quo ante of the Union and to therefore prevent chaos.

On the other hand of this distinction, the unilateral resignation of a Member State can subsequently not be reversed, as otherwise the Member States would be granted a means of exerting political pressure.

The AG assumes in his conclusions, that the rules of the Vienna Convention on the Law of Treaties function as “interpretative guidelines” for primary law, since Art. 50 TEU doesn’t answer the question of the admissibility of the revocation. This transfer of the general rules of the VCLT to primary Union law does not do justice to the nature of the European treaties and the dynamic integration process. Assuming that the European treaties are classic international treaties, the assumption of a lex specialis relationship between primary law and general international law seems – from that perspective – plausible.  However, the case law of the ECJ points out the transformation of the treaties at an early stage:

“The EEC constitutes a new legal order of international law for the benefit of which the states have limited their sovereign rights, albeit within limited fields, and the subjects of which comprise not only the Member States but also their nationals” [ECJ, judgment of 5/2/1963, Case 26/62, ECR 1963. 1 (25)].

The Court gave up his description as a new legal order of international law, only within a year in his assessment in the Costa/ENEL case:

The Union is therefore a separate legal order, which is not comparable to general international treaties, in particular, because of the transfer of sovereign rights. It is already clear by now, that a transfer of the general rules of international law contained in the VCLT does not do justice to the sui generis character of the Union. The TEU and TFEU lay down an autonomous legal order which has abandoned the idea of the sovereign Member States and thus establishes its own rules. This special nature of the European legal order requires, that answers are to be found within the European legal order. A recourse to the VCLT rules would not only be an additional factor substantiating disintegration. It would also be a denial of the transformation of the Member States in the course of European integration: Article 4 II TEU speaks about the respect of the national identity of the Member States and not the respect of national sovereignty. National identity is thus protected as a partial aspect of sovereignty, which implies a loss of sovereignty of the Member States in favor of the Union. If we start to speak about sovereignty, we have to consider the evolved sovereignty of the European Union, in succession of the transfer of the Member State’s competences.

Due to this reason, the assumption that Art. 50 TEU is an expression of the sovereignty of the Member States is not sustainable. Moreover, a systematic examination in the light of Art. 4 II TEU contradicts this assumption. Art. 50 TEU is thus not a manifestation of the worth protecting national sovereignty, but rather a genuine permission under Union law to withdraw from the European Union.

To conclude, according to the reasons stated above, it is not possible to transfer the general rules of the VCLT – not even as an aid to interpretation – frictionless to Union law, rather, Art. 50 should be interpreted in the light of the checks and balances set out therein.

Does that mean the end of the British membership?

Lastly, the wording and purpose of Art. 50 TEU show that the unilateral right of revocation of the notification of withdrawal is not an option. There is a lack of convincing legal arguments which can justify an exit from the Brexit. If Art. 50 TEU does not consider this question, then it must be assumed that the revision of the withdrawal option was not an unintended oversight by the contractors. Already the wording of Art. 50 I TEU (“a Member State which decides toresign (…)”) implies the binding nature of the declaration. The following word “intention” should not mislead. This phrase has to be viewed in its entity: the Member State notifying its intention to exit is the one that has decided to withdraw, as portrayed in Art. 50 I TEU [see Perakis]. In addition, as already mentioned, Art. 50 TEU primarily and decisively reflects the protect worthy positions of the 27 Member States and the EU institutions that remain in the Union, that, in the best case, should be safeguarded by agreements pursuant to Art. 50 II TEU.

Should the ECJ not follow the opinion of AG Bordona, only Art. 50 V TEU would remain as an anchor: Great Britain would be obliged to perform the accession procedures in accordance with Art. 49 TEU. This approach would appear to be preferable in regards to the existing conflict of interests between Member States and the need to preserve the coherence of legal order in the Union.

Nonetheless, we hope with Churchill, that it is indeed the end of the beginning … 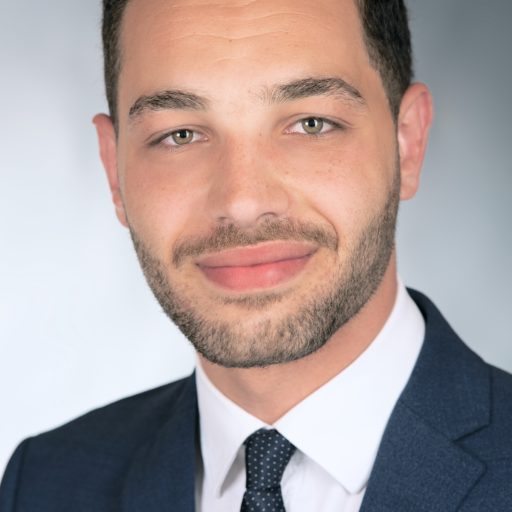 Other posts about this region:
Vereinigtes Königreich 7 comments Join the discussion
Go to Top