On 9 November, the Fidesz-majority of the parliament passed an amendment on the registration of permanent addresses in Hungary, which opens up the possibility to register a permanent address without actually living there. In addition, creating a fictional address this way will no longer be a punishable crime, as the parliament also modified the Penal Code, by deleting this specific case from the provisions of document falsification. This legislative step opens the floodgates of voter tourism for the Spring parliamentary elections creating legal but unfair and undemocratic possibilities for winning the most competitive Single Member Districts (SMD).

An Electoral System Tailored to Fidesz

According to the government, 625 000 Hungarians live in a place other than their registered permanent address: people who rent flats or houses, but whose landlords do not let them register at that address. The only reason for this legislation, according to Fidesz-MPs, is to abolish the criminal consequences of this forced, inconvenient, but unavoidable situation of these people. The official comment says quite cynically that this new legal situation does not affect the forthcoming elections, as electoral laws have not been changed at all.

This new story illustrates almost perfectly the tricky, never-ending electoral legislation of Fidesz. Despite the widespread assumption that autocratic leaders have their masterplans for everything and create stable institutions right at the beginning of their rule, which will keep them in power, the reality shows otherwise. Since June 2010, when some Fidesz MPs launched the first proposal of the new electoral law, and since December 2011, when the parliament passed the new Act on the Elections of Members of Parliament, the Fidesz-majority of the Hungarian legislation regularly modified electoral rules, including the rules of candidacy, campaign finance, political advertisements, judicial procedures, voter registrations and postal voting, only to mention the most important ones. These changes are sometimes general ones, like the abolition of universal access to postal voting without any proper and acceptable explanation in 2013, while in other cases they are more a fine-tuning of the system, like in the case of easing or hardening the requirements of candidacy or joint lists of parties. However, the logic is clear: each and every change is based on the actual, current political situation, especially on the possible electoral support of the opposition, and the changes aim at nothing other than securing the victory of Fidesz in any case.

These changes follow the same pattern: one or more Fidesz MPs, or cabinet members usually launch their proposal during the night, and after a few weeks it is already passed, regardless of any international and constitutional norms and considerations that require proper social and political consultations, and the respect for electoral integrity. This lack of public consultation and transparency was already criticized by the Venice Commission in 2012, but nothing has changed since. Another typical feature of this unfair electoral legislation is that it does not necessarily touch on the most important laws, like the abovementioned Act on the Elections of Members of Parliament, or the Act on Electoral Procedure. Sometimes tiny, but important changes are implemented in other, irrelevant laws, like the prohibition of placing political advertisements on lamppost, which was regulated by government decree in 2011 and 2014, and later in the law on road traffic in 2015, also without any proper explanations.

However, the new legal possibility of creating a fictional permanent address is far more problematic than prohibiting certain political ads. Political campaigns can take many other forms and the opposition can spread its advertisements through different channels. But the permanent address is one of the key elements of the elections, as the national registration system of addresses is the basis of the elections. Only voters with permanent Hungarian addresses can vote for SMD candidates. If you vote in a polling station outside of your constituency, you will receive your original constituency’s ballot paper with the candidates who run in that district. And this is key to understanding the current change.

The Hungarian parliament has 199 members: 93 are elected from party lists by proportional system (D’Hondt method, with a high 5% threshold). But the majority of the parliament, 106 MPs, come from SMDs, where elections are held according to the first-past-the-post system. Because of the abovementioned rule about district-level voting, election-day voter tourism cannot be effective to win the most competitive, battleground districts. Other techniques are needed. You have to direct your voters to the most challenging constituencies before the day of elections – they have to have a permanent address there for getting the ballot paper of that district and voting for the candidate who runs there. The problem of voter tourism was already present in the 2018 parliamentary elections: in some cases, more than one hundred people were registered at the same address, while in Csepel, the 21st district of Budapest, where Szilárd Németh, the vice-president of Fidesz ran for the constituency’s parliamentary seat, dozens of Russian-speaking foreigners, and dozens of Hungarians from Transylvania arrived by bus to vote there. During the 2019 local elections, the problem of voter tourism was also present in many municipalities. However, authorities at least had the chance to investigate these irregularities and frauds, as registering fictional permanent addresses was illegal. Thanks to the new provisions, creating a fictional address is not a crime anymore, consequently nothing prevents parties from organizing voter tourism. It can happen again, that more than 180 persons will be registered in a two-bedroom house right before the elections, as it happened in 2018. The only difference is that this won’t be an almost evident proof of voter fraud but a legalized tool for stealing the elections at the district level.

The use of SMD and the plurality/majoritarian system evidently risks gerrymandering and voter tourism: parties want to win as many seats as possible in these deadly, zero-sum matches, and the easiest way to do this is securing victory before the elections. But while gerrymandering is the best mechanism for selecting your voters, and minimizing the risk of competitive elections, thereby depleting democracy, it requires long-term strategic work and continuous analysis of the electorate. Unlike gerrymandering, voter tourism can be seen as the instant solution for shortage in electoral support. It does not require delimitation procedures or other legal difficulties. All you need is a sufficient number of addresses in the most contested electoral districts and enough citizens who are eligible to vote and are ready to register their fictional addresses, whether through bribery, blackmail, or true and unconditional support. And, of course, you need to know where your candidates will face trouble, and in which constituencies a few more votes may change the final result.

The changed provisions of permanent address, including the decriminalization of registering a fictional address, have four toxic consequences that will overshadow the upcoming elections. First, voter tourism becomes legal, and nobody can be sure anymore that the representative of her constituency got her mandate from the people who really live there. This weakens the integrity of the elections and grows mistrust among the electorate, both of other voters and of the winner. This applies to the district-level results, and therefore the national results as well. If a given portion of mandates were decided through alleged voter fraud by voter tourism, the whole election becomes questionable. Second, this also raises the question about the democratic nature of SMD-based elections: if the parliament removes the real substance of permanent residence, the original relationship between the district electorate and its representative disappears, calling into question an important, legitimate aim of the highly disproportional, majority-based district system that claims a genuine relationship, responsibility, and accountability between the electorate and its representative. If residency is fictional, representation and accountability become fictional, too. Third, this legislation can easily rob, or at least diminish the vote of the real habitants, which challenges the equality of votes, because one can cast her vote in a district where the circumstances of the elections are unfair. Fourth, and this is also about voting equality: so far, the inequality of Hungarian voters was based on the argument that those citizens who do not live in any of the 106 constituencies, cannot vote for district candidates, but only for party lists. Moreover, the Constitutional Court also highlighted the relevance of the permanent address as a “stronger, more intense” relationship between the voter and the representative of her constituency in its decision of 2016, refusing a constitutional complaint about the discriminatory, unequal policy of postal voting, which is only available for those voters who have no permanent address in Hungary. However, according to this new meaning of permanent address, where no one has to really live there anymore, the arguments of such discriminatory policies become totally unfounded.

The opposition parties announced that they would turn to the Constitutional Court for challenging these new provisions. They also called on the National Election Office, the head of Hungarian electoral management to publish the daily changes of the address register from now on, as this kind of transparency is the only safeguard for knowing what happens at the district level. The publication will not stop anyone from voter tourism, of course, but at least we will know what happens and which constituencies can be affected. After a three weeks long silence, the Office finally announced last week that it would publish the number of voters in the municipalities on a weekly basis, which helps to follow the changes of voter population in SMDs. Nevertheless, the government remains silent about why this decriminalization of fictional addresses and voter tourism, as a loaded gun against fair elections, was so necessary and urgent now, five months before the elections. All we know is that, according to Chekhov, if a loaded gun hangs on the wall, it will be fired during the play. 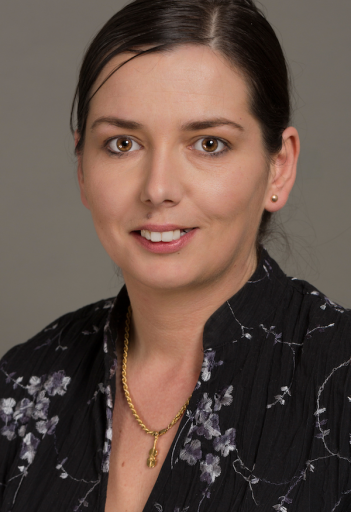 Anna Unger Anna Unger holds a PhD in Political Science from Eötvös Loránd University (ELTE), and is currently a postdoctoral research fellow at the ELTE Faculty of Social Science, Department of Human Rights and Politics. Her research focuses on the history and politics of direct democracy in Hungary. Her main research interest is the relationship between democracy and the rights of political participation, namely, how the institutional provisions of elections and popular votes strengthen or distort democracy.