The Cologne Circumcision Judgment: A Blow Against Liberal Legal Pluralism

In his preface to Frantz Fanon’s The Wretched of the Earth, Jean Paul Sartre writes that violence against the colonized ‘seeks to dehumanize them. Everything will be done to wipe out their traditions, to substitute our language for theirs and to destroy their culture…’. Power and violence however depend on the legal language to appear rational, legitimate and systematic. The law in its turn relies on power in order to relate itself to competing normative orders that either strengthen and/or coexist with other social norms, moral convictions and religious belief system. Keeping this in mind, the recent court judgment by the Landgericht Cologne is problematic, to say the least. Arguably, the court – by employing the monopoly of state power – assists in canceling out normative orders beyond state law, namely Jewish and Muslim religious laws and traditions. Thus, the ruling can be read to suggest that the German legal order suppresses the rituals of its religious (and circumcised) minorities. Given that circumcision has perpetually been at the center of European anti-Semitic sentiments, the heated debates over the Cologne court ruling proves that the future of circumcision is not only closely linked to its past, it also demands from us to examine the extent to which western liberal legal pluralism can keep its promise in the future.

Legal pluralism encompasses, above all, a reconciliation of conflicting normative orders that is often obscured by the asymmetric distinction between the public (objective) and the private (emotional, subjective) spheres. Conceptually as well as practically, the public/private distinction is almost impossible to maintain: not only do the ‘public’ and ‘private’ constantly collapse into each other, they mean very little each on its own. The Cologne court decision formalized its preference: circumcision is no longer one’s private choice, but rather a matter of public and hence legal interference. The problem however remains that it is unclear what and/or who is the public that the court has in mind: Is it an irreligious and multi-ethnic society? Or is it a pseudo-secular society based on Christian images that the court relies on? Or better yet, does this judgment reflect remnants of the European colonial/civilizing project in its full glory because it is linked to racial discrimination and a strong Christian (strike out the Judeo-) religious bias?

Lest we be mistaken, circumcision is a serious matter. Clearly, foreskins are sociological facts that pose a challenge beyond religious practices per se. This is why it is at the center of contemporary anthropological, sociological and psychological debates all over the world. While according to Freud circumcision symbolizes castration that prompted much anti-Semitism, according to Claude Lévi-Strauss it is a rite that goes beyond social ‘structures’ and ‘behaviors’ and touches the heart of collective ‘thought’ processes that determine people’s realities. Being pro or contra circumcision mirrors a particular context’s reality, its social power and control. This is exactly why the future of foreskins should be discussed openly both as a matter of individual moral sentiments as well as a more general question of conflicting normative orders.

In this respect, it is most interesting to examine how the Israeli legal system dealt with similar questions when facing a very similar case in the late 1990’s.

In 1998 Ben Shalem, an Israeli Non-profit Organization Against Cutting Infant Genitals, petitioned the Israeli Supreme Court to issue conditional orders against several ministries with similar argumentation to that which the court in Cologne voiced. The appeal was first answered in 1998 by the Israeli Attorney’s Office. Based on this answer, the Israeli Supreme Court delivered its two-sentence rejection of issuing conditional orders on May 30, 1999.

The Attorney’s Office reply begins by placing significant emphasis on the importance of circumcision as a religious tradition/ceremony. It goes on to explain that according to Jewish sources, the circumcised penis symbolizes the brith (bond) between God and Abraham’s decedents. It explains furthermore that circumcising eight-day-old boys is a mitzvah (commandment) that is higher in importance than the entire commandments of the Torah put together and that the act itself represents the completion of the human body by human deeds. Here the Attorney’s Office quotes rabbi Aaron Levi from his Book on Education ‘the completion is hand made and is not complete in birth. The hint being, that physical and spiritual completion follows only by human actions’ (author’s translation).

The core of the Attorney’s Office answer to the accusations made by the plaintiff lies in the argument that the act of circumcision cannot possibly constitute a medical malpractice because the brith does not constitute a medical procedure to begin with, according to the laws regulating a medical procedure defined in Article 1 of Israel’s Medical Directives (1976). The brith is part and parcel of the Jewish Law and is therefore a religious/traditional ‘ceremony’ only. Either way, it falls short of requiring medical ‘healing’, ‘examination’ and/or ‘diagnosis’ and is not perceived according to medical categories that are legally specified. ‘This also reflects the common understanding of the brith in the Israeli society’, and indeed, for centuries circumcision has been carried out by a Mohel (a Jewish person trained in the practice of brith) and not a medical doctor.

Here we reach the limits of formal state law and it becomes apparent that the law heavily depends on its social context and its coexistence with other normative systems. The reply by the Attorney’s Office response spells this out explicitly: ‘the general sense of the law and those responsible for its enforcement, are to serve the society. The interpretation of the law and its enactment is carried out in light of social and national conceptions and in light of principles accepted by the collective of people subjugated to a concrete legal institution. The interpretation and application of legal acts is not a technical or formal deed. It is done always with reverence of both good and bad social attitudes. Terms like ‘physical completion’, ‘serious injury’ and ‘parental/adult responsibility for a minor’ are not ambiguous terms disconnected from their social context. This is particularly true for criminal responsibilities. Prohibitory norms reflect the social values of people at a given time (author’s translation).’

In contrast, the Cologne court ruling recognized that both the appellant and the defendant are of the Muslim faith – which means that these people belong to a particular socio-religious context – and yet continued to argue that because the change caused by circumcision will be irreversible which ‘conflicts with the child’s interest of later being able to make his own decision on his religious affiliation’, it should be criminalized as a medical procedure. Whereas it remains arguable whether a religious upbringing, whether it commands circumcision or not, can be reversible, without much deliberation, the court ruling necessarily assumes that the public preference is, or at the very least ought to be, the physical completion of infants. In other words, although this situation is a classic example of the need to resolve conflicts between normative orders that need to coexist in the same social field (i.e. the German Basic Law and Civil/Criminal Codes, the Jewish Law, Muslim Sharia Law and/or specific legal traditions) the court – without the necessary reflections in the court but also beyond – exclusively based its reasoning the German legal system, a system which in this case also coincides with the Christian understanding of the physical body.

Much ado about foreskins?

Much has been written and said about the judgment from Cologne. Perhaps expectedly, the private/emotional/political arguments supersede the rational/public and even legal ones. We reached a new unprecedented peak when an American Rabbi wrote a poem about the issue! On July 12, 2012, a debate entitled Individuelle Religionsfreiheit nach dem Beschneidungsurteil took place at the Humboldt University, Berlin. The auditorium was packed with people – many sat on the floor – and stayed for over two hours. Although I was taken by the German Green/leftist voice represented by Renate Künast who confronted the issue with much sensitivity but also assertiveness, the audiences’ reactions were of more interest. The panel but also the discussion would have gained much force had it included more Muslim voices. Many of the predominantly Jewish audience expressed their discontent: the need to discuss their circumcision rituals with non-Jews irritated them. Others resorted to superficial parallels with the Holocaust, while a few defensively argued that circumcision is also legitimate on medical grounds and continued by adding that if it is done medically it does not necessarily traumatize the infants. One man has even suggested that given the numbers of Jewish Nobel Prize winners, it might even be wise for others to circumcise their children! It might have been the same person who also reminded the audience that the Church on the Christian New Year traditionally also celebrates the Feast of The Circumcision of Christ (A feast highly treasured by Martin Luther; in Catholicism, it has formally been abolished in 1969, but is now again celebrated in the Extraordinary Form of the Roman-Catholic Rite). However passionate, these defensive arguments remain rather irrelevant and even counter productive. While citizens in pluralist societies should remain open to discuss their respective religious practices without feeling threatened by the state, the debate would have gained much had it at least acknowledged that the conflict is about normative pluralism instead of getting lost in universalizing individual moral judgments and preconceptions.

The importance of how the law works under conditions of normative pluralism, has not been properly discussed so far. After all it is not even the private – emotional, passionate and intuitive – voices arguing in favor of personal religious autonomy that managed to win over the public and/or legal debates. Instead it is the German-Jewish history that got the upper hand. Even Angela Merkel is quoted by the Bild daily to have said that she does not ‘want Germany to be the only country in the world where Jews cannot practice their rituals. Otherwise we will become a laughing stock’. Without mentioning the need for legal pluralism, let alone mentioning the approximately four million Muslims living in Germany today, the only legitimate reason for Germany to put a lid on this essential issue goes back to the horrific German Jewish history! And indeed, last Thursday, the Bundestag confirmed that a new law would be introduced to clear up the legal standing for religious circumcision during the autumn. Although this decision is clearly welcome, its legitimation is dubious and should trouble everyone equally. 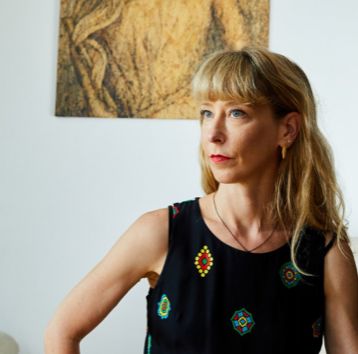