While EU scholarship still tends to narrate the Union’s history as one of successful adaptation, and the ‘euro crisis’ as something like a rite of passage, here is a book in a different mould. Singularities and turning-points are the blocks it builds with, and the present moment marks a conclusion. In this, the worst of the EU’s crises (p.1), the apparatus of integration has reached its limits. No longer can it be steered unchallenged by detached elites in the name of expertise: the technocratic logic is unravelling (p.18), as the more powerful governments reassert control and mass publics watch their every step. Law, once the organising principle of community relations, has been devalued by cynical use. Employed as a stabilising tool, without sensitivity for norms and generalizable aims, it now contributes to a façade (pp.9-11). Rules are abundant, but the EU is now in the throes of de-legalisation (p.308).

The volume makes for powerful critical reading. While studies of the failings of Eurozone design and their institutional consequences are now abundant, the editors have a larger ambition: to show the effects of crisis on the ideas and ideals commonly vested in the EU. The decline of the technocratic ethos of decision-making is at the same time the decline of an image of the EU as a non-redistributive association that pursues Pareto-improving regulatory ends (p.3, p.172). The rise of the European Stability Mechanism and the Troika is at the same time the ruin of the principle of equality between member-states, and of the EU as an arrangement that augments state sovereignty rather than eroding it (p.5, and Chalmers chapter).

This broadly normative approach allows problems to be identified even where things look outwardly functional. It also allows the identification of better paths, including arrangements that would strengthen the accountability of leading institutions (Bovens and Curtin) and the fiscal capacities of member-states (Menéndez). As a critical text, the suggestion is that things could have been otherwise, and perhaps could yet be. The contributors avoid the suggestion that a transnational community was doomed from the start, or that the EU has been undone by economic necessity. Crises are partly constructed affairs (de Wilde), spaces in which decisions good or bad can be taken, and when things go wrong it is the result of much more than the play of functional demands (p.18).

The book’s title – The End of the Eurocrats’ Dream – suggests one notion in particular is a casualty of the crisis period. Beyond the formula of technocratic rule by non-majoritarian institutions, the dream involves the harmonisation of policy to a single template – ‘one size fits all’, as it tends to be called by critics (see Joerges chapter). A theme of several contributions to the book is the exhaustion of efforts to govern Europe with a common set of rules grounded in supranational oversight. As the subtitle suggests – ‘adjusting to European diversity’ – the future is seen to lie in greater differentiation and decentralisation, and moving away from ‘the assumption that sizing upwards will offer solutions that would otherwise not be available’ (p.6). ‘From top-down disciplines to mutual commitments’, as Nicolaïdis and Watson put it, and as interventions from Scharpf and Majone echo. If the principles of the Community Method are now moribund, the aim should be not to restore them but to cast them off fully (cf. chapters by Grimm, Chalmers and Joerges).

It may well be that this vision of harmonized rule guided by supranational expertise – a kind of science of the European interest – is currently severely in question, as other recent books have convincingly argued (cf. Antoine Vauchez’s Democratizing Europe). Arguably it depends on the kind of ‘output legitimacy’ that current policy-making is ill-equipped to provide; conceivably some form of ‘re-nationalisation’ is a viable interim response. Could it be though that new ideas are emerging to legitimize the role of non-majoritarian institutions at the EU level in the post-crisis order, ones potentially influential even if no more satisfactory?

Though the volume only hints at the possibility, arguably the Eurocrats have a new dream, one constituted by the crisis itself. Consider recent statements from the institutions concerning the workings of the EU during the Euro crisis. A familiar theme is that institutions had to take exceptional measures under the pressure of crisis. The observation is often coupled with the suggestion, in depictions of the Troika especially, that supranational actors are those best able to handle such emergency situations. Their authority to act is said to derive from their accumulated experience in crisis management. This is the basis generally given for the IMF’s participation in the Troika; it is also what the Commission is said to have acquired during the euro crisis (partly by learning from the IMF), and the capacity generally claimed by the ECB (and ascribed to it by the CJEU). Whereas technocratic authority in the EU has tended to rest on theoretical knowledge, typically rooted in a science of economics, here one sees emphasis on a form of practical knowledge or ‘emergency knowhow’. It need not put in question the importance of general rules, and even some notion that they are underpinned by context-independent knowledge, but the stress is on knowing how to act in exceptional situations when the usual rules do not apply.

Such a discourse offers those who administer the Eurozone and its economic regime – the Eurocrats, if you will – a new rationale for their actions. Whereas the classical technocratic claim to insight is always vulnerable in a crisis – why should it be accepted if it did little to ward off the problems in question? – the claim to emergency experience and knowhow potentially looks ever more credible the worse things get. Rather than a fatal challenge to executive authority, upheaval becomes its supporting condition. As well as accounting for past failures, such a claim prepares the ground for future phases of emergency rule, when the same agents can step forward as those best equipped to handle a difficult situation should the new rules-based order come unstuck. The capacity for fast action that centralised agents typically enjoy – well described for the ECB in this volume (pp.4-5) – gives prima facie plausibility to the role.

Whether the new dream of the Eurocrats has any more traction than the old is uncertain – and if one goes by the analysis of this edited volume, one probably will hope it does not. Rule by emergency discretion is no less problematic than rule by bureaucratic standardisation, as both rely on decision-making insulated from contestation. It is in any case a brittle approach: where executive power rests on a claim to exclusive capacity, it offers little basis for a wider public to identify with it, since those inside the charmed circle are inevitably positioned as different in kind. Decision-makers must be taken on trust, and where trust is absent they are easily denounced as a different breed.

As the Brexit story may suggest, a natural concern will be that as the Eurocrats try to shore up their position they invite a political repudiation more disturbing than their own machinations. 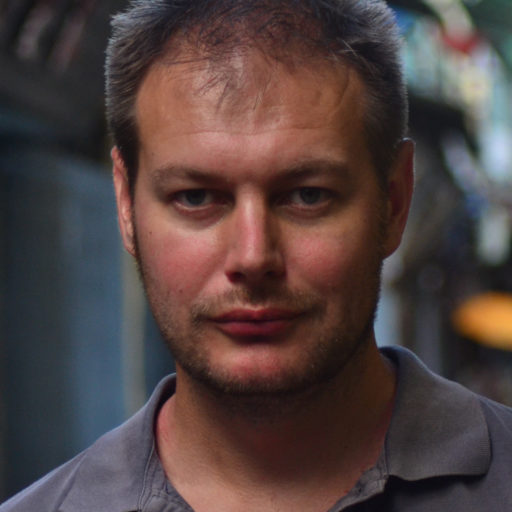 Jonathan White Jonathan White is an Associate Professor in European Politics at the London School of Economics and Political Science (LSE).