Confronting Misinformation During A Pandemic

A new report by The Freedom House tracks recent developments in internet-freedom and presents the “Pandemic’s Digital Shadow” on democratic values around the world. The report explains how governments worldwide used the covid-19 pandemic to limit access to information, expand their surveillance efforts, and intensify the balkanization of the internet. Together with the country-specific addendums, the report illustrates how certain governments use misinformation (in a broad sense, including concepts like ‘fake-news’ and ‘disinformation’) about the pandemic as a reason (or excuse) to tighten their grip and undermine freedoms and democratic values. The report is a valuable contribution to this developing field, and it raises various questions about what democracies should, and should not, do when confronting misinformation.

The report underscores the importance of internet access in the midst of the pandemic. It stipulates that internet connection allows users to stay informed about the most recent health recommendations regarding the pandemic, to stay connected with family and friends, and, often, to continue professional occupation remotely. The report also highlights the role of governments to “foster a reliable and diverse information space, especially during major events – such as elections, protests, and pandemics –that can serve as catalysts for the spread of false and misleading content.”

Against this background, the report portrays a grim picture of the excessive use of state-coercion against various sources of information not controlled by ruling governments. The report describes those efforts, which include: imposing state-censorship on information on social media (e.g., in China, Venezuela, and Belarus); blocking news outlets that provide counter-narratives (e.g., in Bangladesh, Egypt, and Myanmar); introducing new laws and regulations that allow blocking websites, often used against websites affiliates with the opposition (e.g., in Hungary and South-Africa); and imposing sanctions against individuals that spread unwelcome information – ranging from revoking journalists’ credentials to detaining, arresting, and criminally charging dissidents. Relatedly, the report also notes at least 13 countries that imposed internet shutdowns, most commonly focused in areas where marginalized communities live. In addition, the report stresses the role of political leaders in spreading (knowingly) inaccurate information about covid-19. Those include unfounded suggestions of treating the disease with bleach or alcohol (e.g., in the US and Belarus) and blaming marginalized groups or the opposition for spreading it (e.g., in India and Sri Lanka), leading to bodily harm and intensified social tensions.

The report concludes with a series of policy recommendations. Amongst others, it suggests that governments restrict access to information only when it is “necessary to serve a legitimate purpose and proportionate for that threat”; that technology platforms adopt a “minimalist approach” to interventions in free expression and access to information; and that civil society will use litigation to confront regulatory shutdowns and censorships.

Confronting Misinformation Before the Pandemic

Many of the problems identified in the report were common in the pre-pandemic world. The notion that the media is spreading “fake news” and that innovative technologies amplify such messages has been around for at least a century (Johnsen, Freedom of Speech, 1936). More recently, it has been established that in the age of social media, misinformation spreads fast, often by malicious actors trying to wreak havoc. The spread of misinformation contributed to the rise of the anti-vax movement, conspiracy theories, voter manipulation, and, most recently, fallacies about covid-19. Furthermore, numerous scholars have attempted to better understand the challenge of misinformation, showed that misinformation is on the rise, and urged governments and technology companies to act, even before the pandemic.

Relatedly, the changing attitudes of prominent political leaders towards truth were also widely noted before covid-19. In January 2020, the New York Times’s executive editor argued that (pre-pandemic) politics was exemplified by the denial of established facts, the embrace of conspiracy theories, attacks on independent arbiters of fact, and by “having a different relationship to the truth.” In a similar vein, one prominent figure at The Economist noted in December 2019 that “what is different now is that there is more brazen, open and repeated political lying in democracies.” This, he continued, is best illustrated by senior political figures voicing an abundance of lies and misleading statements.

Moreover, fierce rhetoric emphasizing the need to confront the challenges posed by the spread of misinformation was also quite familiar before the pandemic. Addressing the US Congress in April 2018, President Macron reaffirmed his belief in democracy, liberty, and human rights, and urged that

“To protect our democracies, we have to fight against the ever-growing virus of fake news, which exposes our people to irrational fear and imaginary risks… The corruption of information is an attempt to corrode the very spirit of our democracies.”

Many democratic governments agreed and decided to act. Parliaments in Australia and the UK, amongst many others, compiled rich reports on how to confront the matter. Various democracies adopted regulations to confront the spread of ‘misinformation’ or ‘fake-news’. Governmental responses to disinformation included monitoring actions on social media, requiring social media companies to block or remove posts, requiring transparency for political ads, and enacting related criminal sanctions.

Unfortunately, some governments have been using similar claims to promote more sinister goals. Laws censoring falsehoods, internet shutdowns, and large-scale surveillance operations – especially targeting disempowered communities – were known problems even before we all started wearing face-masks. Indeed, as the report notes, many of the recent developments it surveyed are simply the most recent climax of an unfortunate trend: using the guise of confronting misinformation to excuse limiting rights and freedoms and tightening an authoritarian grip.

Confronting Misinformation After the Pandemic

The Freedom House’s report provides a rich and important survey of alarming worldwide developments. It sheds light on how various countries face the perils of misinformation against the backdrop of the covid-19 pandemic, as well as articulates some useful policy recommendations. However, before one can devise a roadmap for how (not) to confront misinformation, it might be useful to keep two points in mind.

First, the fact that some rogue actors use the challenge of confronting fake-news and misinformation to promote their sinister desires, should not confuse anyone into thinking that this is what confronting misinformation ought to look like. While tempting, choosing between unregulated freedom of speech overwhelmed by misinformation on the one hand, or authoritarianism on the other hand – is a false dichotomy. Simply put, developing adequate policies to confront the rise of misinformation is one problem, and state actors using misinformation as an excuse for eroding freedoms and democratic values is quite another.

It would be a mistake to conflate these two problems. Admittedly, the need to confront misinformation, specifically in the wake of covid-19, provides political actors with an opportunity to intensify pressure on society, hinder freedoms, and undermine democratic restraints on power. But not every attempt to confront misinformation is a sign of an anti-democratic power-grab. Since democracies are vulnerable to the perils of misinformation, attempting to confront those is an important and timely task for honest democratic actors. Democracies must develop more intelligent and nuanced ways to confront this problem without sacrificing their core values. A first step would be insisting that there is a way forward, one that does not end in authoritarianism.

Second, as the discussion above demonstrates, the current pandemic should not be entirely blamed for the surge in governmental measures against misinformation – neither for those attempting to empower democracy to confront a significant and pressing challenge, nor for the more troubling cynical use of those measures to erode freedoms and democratic values. As such, one should not expect that the challenges posed by misinformation (or how to confront those) will simply disappear if and when the desired vaccine becomes widely available.

Misinformation poses a significant and persistent challenge for 21st-century democracies. It can subvert political actions by intensifying undue uncertainty, exemplified by issues like confronting harms of smoking or climate change (Conway and Oreskes, Merchants of Doubt, 2010); raise suspicions about the government’s trustworthiness, exemplified by the Russian attempts to blame the CIA for the spread of AIDS; and undermine collective action, exemplified by the way misinformation about the effectiveness of face masks impairs attempts to hedge the spread of covid-19.

The political challenge posed by misinformation accentuates when polities are faced with significant social and political events, like pandemics, as the report rightly notes. In such instances, democratic institutions need to quickly collect, analyze, and distribute information to the public in order to guide individual and social actions. Misinformation can hinder each step in this process, as the examples above illustrate, and thus create concrete detriments to individuals and societies. Succinctly, misinformation is a particularly useful tool for undermining social and political collective actions, especially when those are needed most.

Confronting misinformation is tricky, especially for actors committed to democratic and liberal values. It calls for a fresh perspective on the tension between individuals’ and audiences’ freedom of speech interests. It invokes complicated regulatory questions about the effectiveness of the methods employed. And, perhaps most challenging, confronting misinformation requires societies to identify it, which in turn asks them to determine what the truth is about the relevant issues – an awe-inspiring power that few wish to hold. Nevertheless, addressing misinformation should be a priority for democratic legal and political scholars nowadays.

The path towards solving the problem of misinformation is not yet clear, and considerable challenges lie ahead. Reports such as the one published by The Freedom House shows us the paths we do not wish to take. Taking notice of those paths as we continue to seek democratically viable solutions to this problem is a clever way to continue.

Editorial note: This post has been updated at January 12, 2021, to clarify the statements made in the Economist podcast.

Other posts about this region:
USA, World 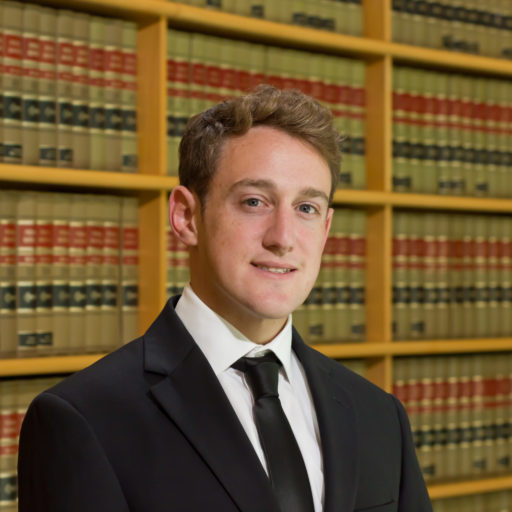 Tomer Kenneth Tomer Kenneth is a JSD Fellow at the Information Law Institute of the NYU School of Law. The title of his dissertation is "Chasing Veritas: A Study of Political-Truths and How to Determine Them".

Other posts about this region:
USA, World 1 comment Join the discussion
pixel_not_set
Go to Top