On 20th April 2022, the Brazilian Supreme Court (STF) convicted Federal Deputy Daniel Lucio da Silveira to eight years and nine months imprisonment, based on his verbal attacks against the democratic rule of law, Supreme Court judges and other state institutions. The next day, President Bolsonaro issued a controversial decree granting pardon to the Deputy and ordering the immediate extinction of all the punishments imposed by the Supreme Court. Even though the constitutionality of the decree can be debated, the main discussion is a political, not a legal one.

The Procedure Against Silveira

The STF decision resulted from a criminal procedure that had started in April 2021, when the General Attorney of the Republic raised three criminal charges against the Federal Deputy, among which the incitement of violence with the intention to prevent the free exercise of the judicial power.

Since 2020, the Deputy has been producing a series of online-videos, in which he expressed a long list of accusations and threats against the Supreme Court and some of its judges, as well as other state institutions. These include allegations of the Court giving support to narcoterrorism and criminal factions, as well as incitements to invade and close the National Congress. Silveira also instigated to invade the Supreme Court, to grab one of the judges by the neck (colarinho), shake his ‘egghead’ off and throw it in a garbage can. The Deputy was already detained in February 2021 for having published a video, in which he offended and threatened individual judges of the STF, also defending the return of Institutional Act Number 5, the most repressive act during the military regime period in Brazil.

Who Is Really Attacking the “Democratic Rule of Law”?

In an almost unanimous 10-to-1 decision, the Plenum of the STF condemned the Federal Deputy to eight years and nine months of prison in close regime, as well as to the loss of his political mandate, the suspension of political rights and a fine. This is the first time since the enactment of the 1988 Constitution that the STF condemns a Federal Deputy for verbal attacks.

The decision stresses the ‘accentuated culpability of the defendant’, claiming that he had acted in a way as to prevent the free exercise of judicial power and of democracy. While the Brazilian Constitution protects the freedom of expression, the STF explains in its judgment that it ‘exists for the manifestation of contrary opinions, which may include jokes, sarcasms, wrong opinions, but not criminal opinions, hate speech that attempt against the democratic rule of law’. The Constitution does not protect freedom of expression when it is used as a protective shield to illicit practices, and to foment hate speech against democracy and its institutions. According to the prevailing opinion, the Deputy’s verbal expressions could not be treated as a mere joke, but represented ‘serious threats to the Judiciary and its members’. With regard to the prerogative of parliamentary immunity, the STF highlighted that even though it gives privileges to deputies and senators, it is not a protective shield for the commitment of crimes. Otherwise, there would be a concrete risk that the National Congress turned into a hiding place for criminals and defiers of democracy.

Only a day after the STF’s decision – in another unprecedented move in Brazil’s recent constitutional history – President Bolsonaro made use of a provision of the Constitution and of Brazil’s Code of Criminal Procedure to issue a decree conferring ‘unconditional grace’ and freeing Silveira from all the punishments imposed by the Supreme Court in its decision. The President claims that the decree is an attempt to protect the ‘democratic rule of law’ and the values protected under it, such as the freedom of expression and the separation of powers principle. He argues that it is necessary to prevent one of the three powers, in this case, the Supreme Court, from encroaching upon essential democratic values and the decision-making sphere of other powers. Bolsonaro adds that the decree also provides a response to society, which was in ‘legitimate commotion’ in view of the condemnation of a parliamentarian protected by the inviolability of opinion. The grace shall be granted independently from whether the STF’s decision is considered final.

The Presidential Decree Could Be Unconstitutional

Given its unprecedented nature, the decree leaves plenty of room for debate. This is the first time since the enactment of the 1988 Constitution that a President uses this power to pardon a single individual. Such pardons were usually granted to groups of persons (e.g. prisoners) and in very exceptional occasions.

For some, the decree of the President represents a clear affront to the authority of the Supreme Court and its decision, which was well justified, made via due process and approved by a 10-to-1-majority of the judges. Even though the presidential grace is an attribute of the Head of State, and current legislation does not provide clear-cut criteria for its concession, in the concrete case it involves an abuse of power, and is therefore unconstitutional. According to this position, the decree is clearly incompatible with the basic standards of the Rule of Law, and should be questioned in the Supreme Court.

Others argue that – independently from a possible abuse of power – the decree is procedurally illegal. One of the necessary conditions for granting a presidential grace is the finality of the decision, which requires the exhaustion of possible appeals. Given that this point has not yet been reached, the decision could still be changed by the STF; hence, the President could not have issued the decree at this stage.

On the opposing side, there are claims that the decree is neither unconstitutional nor illegal. According to the Constitution, the presidential grace is an exclusive competence of the President of the Republic and it is beyond any judicial contestation. The law is clear as to not providing any limitations to this power, which the President can exercise at any moment. The fact that the decree was never used in similar occasions should be no reason weighing against its use now. In this sense, the President has a constitutional prerogative, to which the question of its underlying motivations is irrelevant. Supporters of this perspective argue that, if the STF overruled the presidential grace, it would be overstepping its boundaries set by the Constitution.

Even though the legality of the decree is uncertain, the main discussion that it raises is not a legal, but a political one. Granting a presidential pardon to one of his political allies only one day after the Supreme Court sentenced this very person in an almost unanimous decision, puts the President in a direct confrontation with the Supreme Court. This decree must be read in the context of a series of actions taken by the President during the time of his presidency, gradually corroding the relationship among different branches of the Republic, in particular, the Supreme Court. On various occasions, President Bolsonaro has tried to delegitimize it. In a speech from 7th September 2021, Brazil’s Independence Day, Bolsonaro for instance uttered a series of threats to the Supreme Court and to Brazilian democracy. He questioned the Court’s legitimacy, issued verbal attacks on individual judges and even declared his intention to eventually not obey its decisions. Despite some occasional drawbacks, the regularity of his speeches is a clear indication that they are part of a systematic strategy.

Even though he denies this, it is beyond doubt that this decree is a political move by the President to impose his authority and to put the Supreme Court’s legitimacy into question, mobilizing his supporters for the upcoming presidential elections next October. The President himself considers the decree a symbolic act in defense of freedom – in his view, he is only trying to correct an injustice and what he considers to be an excess in the STF’s judgment. In reality, however, this decree is just another example of his confrontative logic and his willingness to go to the limits of the system when it comes to helping his political friends and going against his political enemies.

At the Verge of a Constitutional Counter-Power Struggle

Regardless of all the criticisms that can be voiced against the Supreme Court, it must be acknowledged that it has been one of the few institutions to impose concrete limitations to the President’s authoritarian excesses and whims. The STF has already been asked to respond and to assess the constitutionality of the decree. If the decree is declared procedurally flawed, Bolsonaro could still reissue his presidential grace, once the decision against Silveira becomes final. If the decree is declared unconstitutional, this could precipitate a bigger constitutional crisis, the outcome of which is unclear.

What will actually happen remains to be seen; what is clear is that, during his almost four years in office, President Bolsonaro has never abandoned his campaign tactics of levelling occasional attacks to other branches of government, and then drawing back from them. This decree goes one step further, however, and could be an indication that Bolsonaro might now be willing to engage in a direct institutional confrontation to test the limits of the system. All this just a few months before the next presidential elections take place. 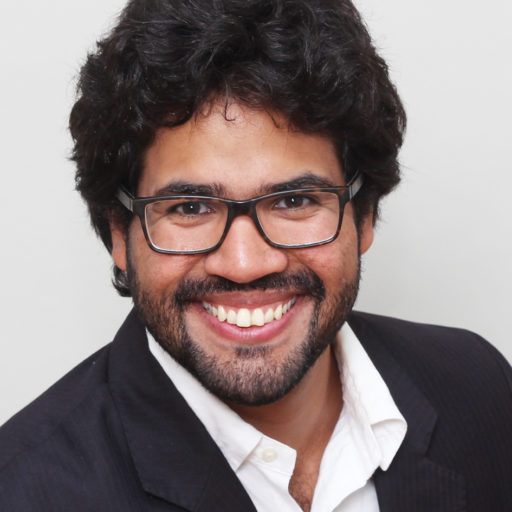