In October 2020, the director of the Musée d’Histoire de Nantes announced the postponement of an upcoming exhibition on Mongol history and culture. The exhibition was supposed to be the result of a collaboration between the Nantes museum and the Inner Mongolia Museum in Hohhot, China. The decision of postponement came amidst an accusation of interference from the Chinese Bureau of Cultural Heritage. According to the director, the Chinese Bureau requested unprecedented control over the exhibition’s organization, including eliminating references to the Mongol Empire and Genghis Khan. The director of the Nantes Museum stated that the breakdown in the collaboration was caused by the Chinese Bureau’s attempt to ‘rewrite history and erase Mongol culture’; an effort the museum could not abide by.

A few years ago, Nikolay Koposov has elaborated on the idea of memory wars between states regarding different historical events. He conceptualized memory wars as radically different interpretations of the same historical events (especially between two neighboring states), eventually affecting relations between the disagreeing states. The consequences of memory wars may take the form of prohibitive memory laws, as witnessed in Russia in 2014. The law was introduced to stop public discussion of the war crimes committed by the Red Army in World War II, starkly opposing debates in, for example, Poland and Ukraine. Although the dispute between the Nantes Museum and the Chinese Bureau cannot be called a memory war in the strictest sense, however it is, in fact, a type of memory war – an attempt from one state to control its own history in a foreign state, as the Chinese government interferes in Nantes to shape the interpretation of narratives around the historical roots of the Mongol minority living in the country.

Such actions from states to control their own historical image are not unique and are not always exclusively harmful. In 2012, President Obama was called out by the Polish government for referring to ‘Polish death camps’ in a speech. The Polish government took issue with the President’s word implying the camps were built and operated by the state of Poland, rather than having been located on Polish soil. On the one hand, such interventions could be justified in order to clarify historical details for international audiences. On the other hand, it also can signify the beginning of a slippery slope. Despite President Obama’s poorly chosen words, nobody in his audience or in the public interpreted his words as referring to camps operated by the state of Poland. Instead, since 2015, when PiS came into power, the new government continued this rhetoric, taking the opportunity to use the ,Polish death camp‘ controversy to articulate its own narrative version and completely distance the country from any World War II atrocities. Such was the beginning of efforts eventually resulting in the 2018 greatly debated and condemned Polish Holocaust Law.

The reasons behind both the Polish controversy and the Chinese interference in the Nantes Museum are similar – to control the narrative. The Polish diplomatic shaming of the President did not result in any particular concrete consequences, apart from the strengthening of their rhetoric on the international level. However, the interference of the Chinese Bureau in the exhibition in Nantes carries much broader repercussions, as it resulted in, at least, the exhibition’s postponement.

Memory Erasure by Coercion or Cancellation

The postponement of the exhibition culminates in aggravating tendencies regarding the lengths authoritarian governments may resort to, in order to control the perception of their history abroad. First, such actions to guard the official governmental narrative may be used domestically to support the interference and discrimination of the China’s Mongol minority. Especially since the Chinese Bureau’s increased scrutiny and requests for changes in the exhibition followed a wave of protests in the province of Inner Mongolia, as the Mongol minority objected to the introduction of Mandarin-only education in local schools. This action, along with the gradual and ever stronger oppression of other minorities in China, such as the Ujghurs and the Tibetans, strengthens the idea that the Chinese government has attempted to interfere in the French exhibition to justify its own initiatives against the Mongols.

Second, with such efforts, the Chinese government engages in the building of a self-exculpatory historical narrative, one that is often invoked by authoritarian governments relying on nationalist rhetoric. Building the official narrative with a self-exculpatory approach leans on the glorification of the past, rather than its independent examination, often resulting, as it happened in this case, in historical revisionism and discrimination. The particular aspect making this situation unique is that the effort to shape such self-exculpatory narrative took place abroad, demonstrating how sensitive diplomatic relations enable authoritarian governments to attest their views even on foreign soil. The power of China and the necessity of their economic strength for the countries of Europe, including France, is self-evident, thus it is possible that the Chinese government’s interference happened without the fear of political repercussions.

Finally, rewriting and controlling narratives of the past clearly has very real consequences for minority groups, even in such seemingly trivial matter outside a country’s borders. The Chinese efforts reinforce the harsh treatment towards the Mongol minority and can be used to support and justify their targeting and their discrimination. Although the decision of the museum to postpone the exhibition was supported by the academic community in France, there has been no other consequences. In this way, the museum’s hand has been forced to at least delay the exhibition. Although the Nantes Museum has stepped up to assert its independence and refused to be influenced in its academic work, however, with the exhibition’s delay, the Chinese Bureau has reached its goal of temporarily silencing the history and culture of the Mongol minority.

Other posts about this region:
China, Frankreich 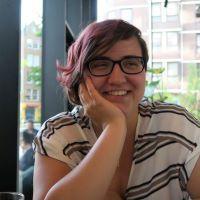 Marina Bán Marina Bán is a Research Assistant at the Center of Excellence for International Courts of the University of Copenhagen.

Other posts about this region:
China, Frankreich No Comments Join the discussion
pixel_not_set
Go to Top