Courts are Finally Standing up to Bolsonaro

There is varied literature on how courts can defer, be strategic on self-empowerment, react in an anti-bullying fashion and act to contain democratic erosion conducted by political agents that assault the basis of constitutional democracy. The Brazilian jurisdiction is peculiar and has been challenging comparativists, since part of its judges and courts had contributed directly to the constitutional erosion scenario. In face of President Bolsonaro, however, they are confronted with the need to protect themselves and act to block his most authoritarian objectives.

The Brazilian Federal Supreme Court adopted a dubious position towards the president. In a first approach, its former and current Chief Justices, Dias Toffoli (2018-2020) and Luiz Fux (2020-2022), respectively, believed that political agreements and consensus were part of their functions. Instead of focusing on lawsuits, they convened with Bolsonaro and the heads of the National Congress’ houses, intending to find ways to domesticate the president’s most savage instincts. The failure of this soft approach became evident last week, as President Bolsonaro’s personal attacks against justices of the Supreme Court escalated.

The second approach concentrated on legal actions and produced much more interesting results: the Federal Supreme Court protected minorities from discrimination based on sexual orientation from the government’s conservative policies (ADO 26); blocked the federal government from abolishing most of the popular representation on public policy councils (ADI 6.121); issued a wide range of rulings to contain Bolsonaro’s deadly policies on COVID-19; and recognized that the 1988 Constitution does not allow a military intervention on state branches (MI 7.311), just to mention a few cases.

The Federal Supreme Court also prompted a public inquiry into the dissemination of fake news, hate speech, and threats against public authorities and institutions, including the court and its Justices – the so-called fake news inquiry. This legally unorthodox investigation was set up by former Chief Justice Toffoli and has been conducted by Justice Alexandre de Moraes.

In this sense, it has not been easy to label Brazilian courts’ current relationship to politics and asses their commitment to the rule of law. However, this scenario may have changed, as recently two important apex courts, the Federal Supreme Court and the Electoral Superior Court, clashed openly with President Bolsonaro.

The above-mentioned series of cases decided in 2021 represented a turn in the Federal Supreme Court’s soft attitude and had wider political consequences that created the current state of affairs. Beforehand, in 2018, the court was pressed by the military to avoid granting a habeas corpus writ to former President Lula, who would be finally jailed by then Judge Sérgio Moro, someone who became Bolsonaro’s former Minister of Justice. In 2021, however, the Federal Supreme Court considered that Moro lacked both jurisdiction and impartiality to judge Lula and nullified his condemnations. Lula was quickly included as a potential candidate in presidential polls for the elections in 2022 and, much to the despair of President Bolsonaro, he performed very well.

Considering this scenario, President Bolsonaro relied on tactics used both by himself in the 2018 elections and by former President Trump in the United States: to discredit the electoral procedures. Since 1996, Brazil adopted a successful electronic voting system that eliminated the frauds that historically had marked the country’s elections. Based on conspiracy theories, Bolsonaro and his supporters launched a public campaign and organized demonstrations calling for printed voting. But he has done more than expressing concerns about the integrity of the electoral system; he has repeatedly claimed that both 2014 and 2018 presidential elections were fraudulent – in the latter case, he argues to have won in the first run, not in the second, as it happened. President Bolsonaro even hosted a broadcast on the internet, on July 29, 2021, with his Minister of Justice and other aides, in which he announced he would show evidence of the fraud. Of course, no proof was presented, only repetitions of the conspiracy theories.

In the face of the political crisis that engulfs his government, President Bolsonaro approached a group of representatives in the Chamber of Deputies known for their strategic, non-ideological, and clientelist behavior – the so-called Centrão. Those lawmakers are pressing the Chamber of Deputies for approving wide electoral reforms, including the changes on the electronic voting system. On August 5, 2021, a specialized committee in the Chamber of Deputies rejected a constitutional amendment bill that would return to hand-marked paper ballots overseen not by the Electoral Justice public servants, but by ordinary people invested in public functions. Local authorities or even criminal gangs (the so-called milícias) with power in poor communities would celebrate this move. The legislative procedure is still ongoing and there will be a vote in the plenary lower house soon.

An important difference between President Bolsonaro and other populist figures is that he does not content himself in distorting or subverting the rule of law: he has no problem to act unlawfully. In that sense, he prompted a personal attack on Justice Roberto Barroso, member of the Federal Supreme Court and president of the Electoral Superior Court. Justice Barroso had, by invitation, testified before a legislative committee on the security of the electronic voting system. President Bolsonaro, then, stated that Justice Barroso was an imbecile; that he would defend pedophilia; that he illegally granted pardon to condemned people; that he wanted “dirty elections” for Brazil and was helping Lula to be freed (Justice Barroso voted against the former president in 2021 trials); that the Justice would want 12-year-old children to have sex.

Bolsonaro also directed his anger towards the Federal Supreme Court’s Justice Alexandre de Moraes, the rapporteur of the fake news inquiry. As Justice Moraes already imprisoned a lawmaker and there are suspicions that one of the president’s sons is under investigation, Bolsonaro keeps picking fights with him. Recently, Bolsonaro accused Justice Moraes of being a dictator and threatened that “his time would come.”

The Judiciary lashes back

In view of those personal aggressions, the Federal Supreme Court Chief Justice Luiz Fux moved away from the political consensus tactics. At the opening ceremony of the court’s 2021 second term gave a speech in which he defended that it is never late for dialogue and reason. But Bolsonaro’s constant threats have now pushed him to a harsh demonstration in which he canceled a meeting that would unite him, the president and the speakers of both congressional houses. Chief Justice Luiz Fux declared that any dialogue would presuppose mutual respect and permanent commitment with one’s own words. The cancellation of the meeting occurs in parallel with concrete actions by other judicial authorities.

At the opening ceremony of the Electoral Superior Court’ 2021 second term, Justice Barroso antagonized his colleague at the Federal Supreme Court and gave a contending speech against President Bolsonaro’s authoritarian rhetoric. Justice Barroso declared that to threaten the occurrence of elections is an anti-democratic conduct, just as restricting fundamental rights and tarnishing the public debate with false information. Earlier that day, a group of former Chief Justices of the Electoral Court had published a note in defense of the electronic voting system and reaffirmed their commitment to the integrity of the electoral system.

In addition, the Electoral Superior Court’s reaction was different from other attempts to stop President Bolsonaro’s aggressive verbiage in two important aspects. Firstly, it went beyond words, as the Court finally aimed at Bolsonaro’s accountability for sharing fake news and undermining trust in elections. Also, and in a surprising move, Justice Barroso wrote and made public a criminal referral to Justice Moraes, recommending a criminal investigation of President Bolsonaro for crimes related to the fake news inquiry under the Federal Supreme Court jurisdiction. Besides that, the Electoral Superior Court, by unanimous decision, set up an administrative investigation into President Bolsonaro’s and his cronies’ attacks against the electoral procedures, to be conducted by the Electoral Inspector General. The most daring consequence of this procedure is the declaration of ineligibility of Bolsonaro at the upcoming presidential elections.

It is important to highlight that the Electoral Superior Court’s reaction might be based on more solid legal ground than the Federal Supreme Court’s inquiry into fake news. The Federal Supreme Court has been targeted with criticism for opening the inquiry based on a loose reading of the court’s book of internal rules and, more importantly, for acting simultaneously as prosecutor and judge. In the case of the Electoral Superior Court, its authority to set up administrative investigations does not come as something unusual in Brazil, as the court is already in charge of both organizing the elections as an agency or executive body and ruling on electoral matters. In fact, the law expressly authorizes the Electoral Superior Court for that (Article 23 of the Brazilian Electoral Code), which shows a welcome commitment to the rule of law that was missing in the Federal Supreme Court’s reaction.

In this sense, Justice Barroso and the Electoral Superior Court’s Justices were more ingenious than their peers in the Federal Supreme Court in finding a legally-based, although intriguing, answer to the problem before them. Articles 19 to 21 of the Ineligibility Act of 1990 command the Electoral Inspector General to carry out investigations to protect the normality and legitimacy of the elections against the abusive influence of political and administrative power. This possibility was more frequently invoked by State Electoral Inspectors until the 2000s, but they refrained from making use of such power as the members of the public prosecution office, which carry the same duty, showed to be more active and effective. But despite not been invoked in the last decades, Articles 19 to 21 have not been overruled by subsequent legislation. Now, thanks to the inertia of the Prosecutor General of the Republic – already captured by Bolsonaro – they gave the legal permission to Justice Barroso and the Electoral Superior Court to react.

As far as the fake news inquiry is concerned, it is rather unlikely that any criminal punishment will be imposed on the President before the end of his term. According to the 1988 Constitution (Article 86), he can only be indicted for a crime with the authorization of a 2/3 majority in the Chamber of Deputies, which could lead to his suspension from office during the criminal procedure. In this sense, the more concrete consequences one can expect would concern the damage to his political capital, but his supporters have shown indifference to the accusations until now. In any case, the courts already created a strong pressure against the president that made his office dependent on the National Congress.

The chances that the Electoral Inspector General’s investigation may lead to the declaration of President Bolsonaro’s ineligibility for the 2022 elections, however, are real. That type of inquiry was legally tailored exactly to collect proof to prepare a lawsuit that aimed at blocking a candidate that was declared unelectable due to, among other things, abusive behavior in the discharge of public office. Besides that, electoral procedures move considerably faster than criminal procedures in Brazil. All things considered, the Superior Electoral Court is in a better position to stop President Bolsonaro’s march against Brazilian democratic institutions by impeding his run for another term. And, more importantly, the court can do so while respecting the rule of law. 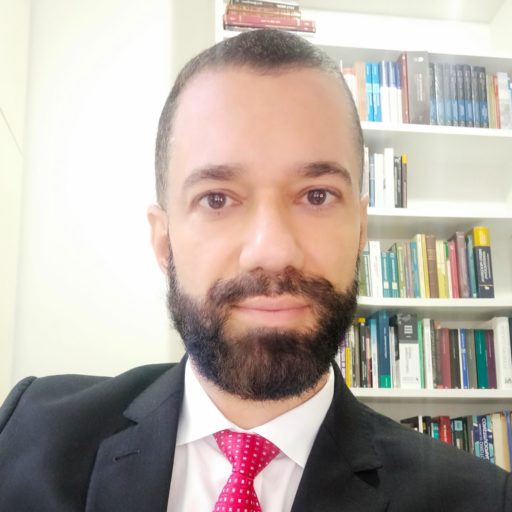