State compelled vaccinations in the U.S. and Germany

“[W]hereas it is necessary for the speedy extermination of the disease… be it ordered, that all the inhabitants of the city…be vaccinated.“  As the world awaits the development of a COVID-19 vaccine, this edict is as conceivable today as it was in 1902, when it was first decreed to help mitigate a smallpox outbreak in Cambridge, Massachusetts. The prospect of a vaccine that successfully prevents COVID-19 has been a beacon of hope for the millions living under pandemic lockdown. This potential ticket back to normalcy prompted nearly 25,000 people to volunteer for human challenge trials to hasten vaccine development, and encouraged governments to funnel extraordinary resources into vaccine research. At the same time, anti-vaccination protests and rhetoric resound. This response could be expected, as the Coronavirus spotlights a long-debated issue in public health- mandatory vaccination.

The mere presence of an immunizing agent is insufficient. Rather, “It’s all about delivery.”  A hyper-focus on therapy development may distract from the complicated issues surrounding delivery that need to be unpacked.Inevitably, controversial debates regarding individual liberties and constitutional safeguards will accompany the roll-out of the much-anticipated vaccine, for the question remains: once a vaccine exists, who will be required to get one? Divided opinions are already surfacing. For instance, the World Medical Association’s president’s support for compulsory vaccination contrasts the GroKo’s debunking of mandatory COVID-19 vaccination speculation. Given mandatory vaccination’s contentious nature, stakeholders must understand available legal obligations and protections now to ensure a viable roll out scheme once a vaccine is ready.

Normally, outside states of public health emergency, many countries employ some type of vaccination coercion scheme to encourage uptake. The range of possible measures, including monetary incentives, social exclusion, fines, and criminal penalties, fall on a spectrum from voluntary to strictly mandatory. Given the power and efficacy of vaccinations, many nations have adopted varying approaches to compelling vaccination against emergent public health threats. Specifically, this article examines the legal and historical orientation of mandatory vaccination in the US and Germany.

Is Mandatory Vaccination in the United States Constitutional?

Whether mandatory vaccination in the U.S. is constitutional depends on individual state law. Legal authority for mandatory vaccinations in the U.S. derives from state police powers conferred by the 10th Amendment and confirmed in 1905 by the Supreme Court case Jacobson v. Massachusetts (197 U.S. 11 (1905)). In refusing to receive mandatory smallpox vaccination or alternatively to pay a fine, Jacobson set precedent for modern American vaccination law and practice. In the seminal Jacobson decision, the Supreme Court held that the vaccination mandate in question was well within the state’s police power in its pursuit of protecting the public’s health against smallpox. Jacobson’s plea that mandatory vaccination is “unreasonable, arbitrary and oppressive, and, therefore, hostile to the inherent right of every freeman to care for his own body and health” was overruled by the court. The Justices maintained that “The liberty secured by the Constitution . . . does not import an absolute right in each person to be . . . wholly freed from restraint,“ for the common good is not “for the profit, honor or private interests of anyone man….“

Consequently, this case has been repeatedly affirmed despite many constitutional challenges, largely given “the overriding importance of communal well-being.” Importantly, Jacobson permits compelled vaccination, though not unchecked. Subsequent case law has given rise to criteria that tests mandated vaccine constitutionality, criteria that health law scholar Lawrence O. Gostin summarizes as “public health necessity [compelling and demonstrable health threat], reasonable means, proportionality, harm avoidance, and fairness.”  In a challenge, judicial evaluators must balance the common good against the respect for individual liberty. Measures will only be tolerated so long as states’ exercise of police power meets constitutional scrutiny.

Jacobson put public health solidly under the purview of individual states. So long as states meet the above provisions, their statutes that compel vaccination (like Arizona) are constitutional. In its history of involuntary medical procedures, the U.S. is no stranger to compulsory public vaccination campaigns. Even before Corona, modern law uses coercive vaccination mandates (with limited exception) to require school children, healthcare workers, and military personnel be vaccinated against a battery of communicable diseases before entering their respective institutions. As opposed to coerced vaccination that results in fines or refused entry, true mandatory vaccination is rare in the United States. But it has historically been done.

Is Mandatory Vaccination in Germany Constitutional

Vaccination traditions in Germany differ from the United States. It is not unprecedented to compel vaccination in German history. For instance, the German government compelled smallpox vaccinations in the 1800s, and in some cases today vaccines are conditional for work and service. However, in the modern era, society exchanged the mandatory vaccination nature for a more elective one. Nonetheless, mandatory vaccination could be constitutional in Germany.

Modern legal authority for vaccination derives from the Infektionsschutzgesetz (Law on Protection against Infection) and the Grundgesetz (Basic Law), and is reinforced by the courts. Specifically, Section 20(6) of the IfSG states that the Federal Ministry of Health (with Bundesrat approval) can „order that threatened sections of the population must take part in vaccinations or other specific prophylaxis measures if a communicable disease occurs with clinically difficult forms and is to be expected to spread epidemically,“ with medically contraindicated exceptions. IfSG Section 16(1) IfSG charges the government to „take the necessary measures to avert the dangers threatening the individual or the general public“ when facts indicate the threat of communicable disease. To prevent communicable disease, the IfSG provides for restriction of Article 2(2) Sentence 1 of the Grundgesetz, which protects the fundamental right of physical integrity. (See Grundgesetz Art. 19 (1) S. 2; see also IfSG Section 20(14) and IfSG Section 21).

The Infektionsschutzgesetz reflects reforms contained in the Measles Protection Act (Masernschutzgesetz), a highly contentious vaccination mandate for children that responded to a resurgence of the highly contagious communicable disease. In recent challenges to the Measles Protection Act, the German Federal Constitutional Court denied interim relief from the childhood vaccination obligation, stating that “The aim of the Measles Protection Act is in particular the protection of life and physical integrity, for which the state in principle also has a duty to protect under fundamental rights from Art. 2 (2) S. 1 of the Grundgesetz” (Federal Constitutional Court, Decision of 11 May 2020, 1 BvR 469/20 and others, para. 15). Weighing advantages and potential harms of suspending the law,the Bundesfervassungsgericht reasons that “measles vaccination not only protects those affected, but also has the goal of preventing the disease from spreading further among the population. In this way, the people who cannot be vaccinated themselves for medical reasons could be especially protected.” In its evaluation of a measles vaccination obligation, the German Ethics Council opined that vaccination against highly infectious disease is “not a purely private matter.“ The council also acknowledges intergenerational responsibility to achieve disease eradication and accepts mandatory vaccination for particular occupational groups.

The above logic should hold for illnesses other than measles. The aims of future corona-related vaccine laws would likely be the same as those for measles. Given the current state of the Infektionsschutzgesetz and preliminary indications from the Bundesverfassungsgericht, in the event of an epidemic, mandatory vaccination is theoretically feasible, subject, of course, to proportionality (Verhältnismäßigkeitsprinzip) tests. However, at this point, any such mandate concerning COVID-19 vaccination will undoubtedly be directly sent to the Bundesverfassunggericht for review.

The Better Question: What is Proportional in the Context of COVID-19?

As national vaccination mandates hinge on proportionality, stakeholders must critically think about what is proportional in the face of the Coronavirus. Both Germany and the U.S. try to navigate this constitutional grey area by balancing individual liberties with the common good.

Safe and effective vaccines benefit the common good. Given that vaccines help slow infection rates, this defense mechanism arguably reduces the strain of overwhelming infection rates on healthcare systems, which has been a significant problem in the COVID-19 fight. Beyond manageability, vaccines promote herd immunity, a state where a sufficient proportion of a population (95%) is immunized against an illness, thereby indirectly insulating non-immune, vulnerable individuals from infection. Herd immunity, in turn, helps foster disease eradication by reducing the number of hosts a virus can newly infect, until the virus itself dies out. Smallpox eradication is a shining example of this phenomenon.

Recent measles outbreaks, rooted in under immunization, underline that even with decades of research and evidence generation, herd immunity and disease eradication have been difficult to achieve. Given this, will herd immunity be possible for novel and sometimes asymptomatic COVID-19? If communities reject immunity uptake measures, then COVID-19 could continue to endemically resurface.

Without herd immunity, a vaccine’s success could be undermined. Too many individual choices to reject immunity may foster a tragedy of the commons, collectively causing the failure of herd immunity. While the choice not to vaccinate may in principle be an individual one, in effect, it has impacts that ripple far beyond the individual.

Law is importantly connected with achieving herd immunity, for mandating immunizations encourage and increase vaccine uptake. Other methods that infringe less on individual liberties may prove to be less effective than coerced vaccination.

As the above cases imply, each nation arrives at its answer to the question of constitutionality uniquely, though many nations will grapple with similar questions of proportionality. In the resumption of international travel in a globalized world, the „herd“ becomes much larger. With unrestricted border movements, what effect will discrepancies in vaccination enforcement have on global containment efforts? Given immunity pass proposals, will vaccination be indirectly required, given that the only ways to obtain immunity are through infection or vaccination? Inherent in this discussion is the decision societies must make: live with and manage COVID-19, or strive to eliminate it? These are only a few considerations in the multifaceted question of proportionality. While many unknowns about the forthcoming vaccine’s risks and COVID-19 itself persist, it is worthwhile for stakeholders to consider the available factors and consequences of vaccine availability now, to forestall chaos in the roll-out. It’s not speculation, it’s preparation. If the pandemic has taught us any lessons, certainly one of them is that time is of the essence. 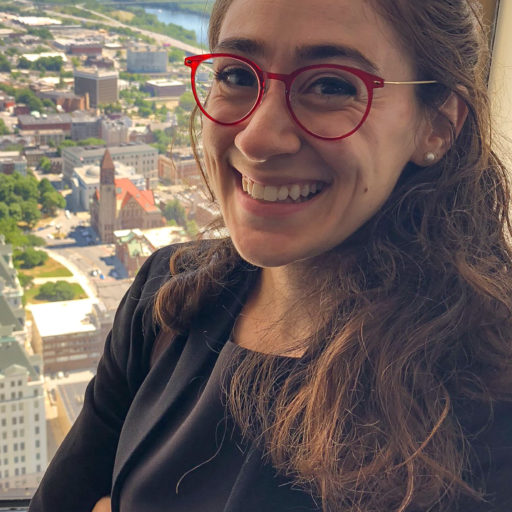 Other posts about this region:
Germany, USA 2 comments Join the discussion
Go to Top