Czechia’s first climate change lawsuit ended with a small sensation. On the hot summer day of 15th June, the Municipal Court in Prague ruled that four Czech Ministries1) violated the plaintiffs‘ right to a favourable environment. The violation consists in the omission to set any concrete mitigation measures that would lead to reduction of greenhouse gas emissions by 55% by the year 2030 compared to the year 1990. The Court ruled that the Ministries must adopt a mitigation plan which is specific according to Art. 4(2) and Art. 14 of the Paris Agreement and aims at fulfilling the European Union’s NDC goals.

The Facts: A Brief Summary

In 2021, six plaintiffs, three natural persons, two associations and the county Svatý Jan pod Skalou, filed a climate case for unlawful interference by omission against the Czech government and selected Ministries. The plaintiffs claimed that the Government and the Ministries have violated their rights on two levels: by the lack of mitigation measures and by the lack of adaptation measures. They criticised the main mitigation document, the Climate Protection Policy in the Czech Republic (POK), labelling it as insufficient given the obligations arising from the Paris Agreement. Regarding the adaptation strategies, the plaintiffs claimed that although the Government and the Ministries officially prepared various adaptation strategies, they do not follow them. Therefore, the plaintiffs asked the Court to rule that the defendants must take necessary and proportionate measures to reduce greenhouse gas emissions within 6 months.

Who to sue? Looking for a responsible authority

Since the case was an administrative action, the ruling fell to the Municipal Court in Prague. As this was the first climate action case in Czechia, it was not clear whether Czech law was well-suited for this type of litigation in the first place – or who should be sued.

The active legitimation has been assigned to all the six plaintiffs. The passive legitimation was the centrepiece of procedural concerns, as Czechia has no central authority for combating climate change (contrary to neighbouring Austria for instance). This power is fragmented between the Ministries and coordinated by the Government through issued decisions. However, according to the Court, those Government decisions are merely internal executive decisions. Thus, the Government itself does not fulfil the definition of “an administrative authority” and does not have passive legitimation in this case.

The only bodies fulfilling the definition of “an administrative authority” whose inaction may directly affect an individual public-law right3) are the above-mentioned Ministries. Consequently, the only authorities are the individual Ministries who bear the responsibility for mitigation and adaption of environmental measures arising from the ECHR and the Paris Agreement (par. 176 of the judgment).

The journey is the destination: how to handle progressive rights?

The Court defined that “the environment” consists among others of rocks, water, air, organisms, ecosystems, and the climate. The climate must be “favourable” in anthropocentric terms, hence defined by its usefulness to humans. Thus, the Court described the core of the right to a favourable environment as the right to live under climatic conditions that permit the undisturbed exercise of the vital needs of human life. In accordance with the IPCC Sixth Assessment Report, the Court confirmed that the current anthropogenic climate change has negative consequences on the environment and human well-being.

It is noteworthy how the Court dealt with the question of direct interference as the necessary condition to success in this sort of dispute. The Court found that the plaintiffs are only directly affected regarding some of the local negative impacts of climate change such as water shortages or the increased frequency of fires, droughts and floods. Other global ramifications – melting glaciers or rising global ocean levels – as such do not have a direct impact on the plaintiffs’ legal sphere. In this regard, however, we would like to differ with the Court as all these consequences are interconnected and it is globally untenable to argue that rising ocean levels do not affect the plaintiffs because they reside inland.4)

As the Court emphasised, the right to a favourable environment may be protected through mitigation and adaptation strategies. The implementation of these strategies must be examined continuously and in the context of international obligations, scientific consensus and case law (e.g., Urgenda Climate Case). However, the Court only examined the mitigation strategies in detail because – according to the Court – the Czech Ministries already adopted an adaptation plan of the required quality (Art. 7(1) of the Paris Agreement).

The Court pointed out that the right to a favourable environment represents one of the “progressive rights” as interpreted by the Committee on Economic, Social and Cultural Rights (CESCR). Meaning that a commitment to achieve a specific goal in the future consists of an obligation to work towards that goal now. In this case, the goals of the Paris Agreement (Art. 2 (1)) consist of the obligation to adopt transparent, accurate and complete measures (Art. 4(13)) and prepare a specific mitigation plan to reduce greenhouse-gas emissions and to limit the increase of global average temperature (par. 280).

But how can we measure this progress? Fortunately, the Court could use the main mitigation document POK where the commitments from the Paris Agreement should have been incorporated. POK has therefore become a benchmark for the measurement of Czech compliance with international law, EU law and fundamental principles of environmental law.

Don’t hide behind the EU!

Although the claimants‘ subjective right emanates from the national constitutional provisions, the Court broadly addressed the international obligations of the State arising primarily from the Paris Agreement and UNFCCC. The Court held that, in this case, these international treaties constitute only an interpretative aid for determining the scope of the positive obligation of the State under the Charter (par. 230). In addition, the Court addressed whether the obligations enshrined in the Paris Agreement are sufficiently clear and exhaustive to be subject to judicial review. The court answered this question in the affirmative since the positive obligations of Czechia are sufficiently specific when combined with the nationally determined contributions (NDCs).

Whilst the defendants  attempted to excuse their inactivity by referring to the status of the EU as a contracting party of the Paris Agreement, the Court emphasised that Czechia is not only participating in the Paris Agreement regime indirectly through its EU membership but also on its own as an individual Party. The EU can set and enforce differentiated partial contributions from its Member States (e.g., through GDP) in order to fulfil its own obligation as a Party to the Paris Agreement. However, this does not change the individual responsibility of each State, which cannot be downplayed with reference to their participation in a regional organisation. The reduction contribution under the EU NDC must therefore be interpreted as an individual one.

Given its vast impact on society and eternal balancing between the protection of the environment and (short-term) economic drawbacks, climate questions amount to ‚mega-politics‘ in Hirschl’s terminology.5) Hence, in climate rulings, courts step on the thin line between law and politics and must cautiously heed the scope of their competence in the separation of powers. In the case at hand, we argue that the Municipal Court lived up to its role. The Court did not engage in judicial activism but interpreted the Charter in a methodologically sound manner. The right to a favourable environment is an explicitly stated fundamental right and – according to Art. 4 of the Czech Constitution – the fundamental rights and basic freedoms enjoy the protection of judicial bodies.

The judiciary is, among other things, empowered to assess the legality of legislative and government action. Accordingly, the role of courts is to oversee whether the executive and legislative adhere to their positive obligations stemming from international treaties or the constitution.6) That is precisely what the Court did. It stated that Ministries must adopt a sufficiently specific plan of mitigation measures pursuant to Art. 4 (2) and Art. 14 of the Paris Agreement. Nonetheless, „the very selection of measures is within the Ministries‘ discretion“ – that is in accordance with the separation of powers (par. 334).

One swallow doesn’t make a summer

That said, this judgment marks just a starting signal. The defendants have already lodged a cassation complaint to the Supreme Administrative Court that will have a final say. However, as the Urgenda Climate Case and other landmark judgments have paved the way for climate action around the world,7) this first noteworthy ruling of the region blazed the trail specifically for other courts in Central and Eastern Europe. 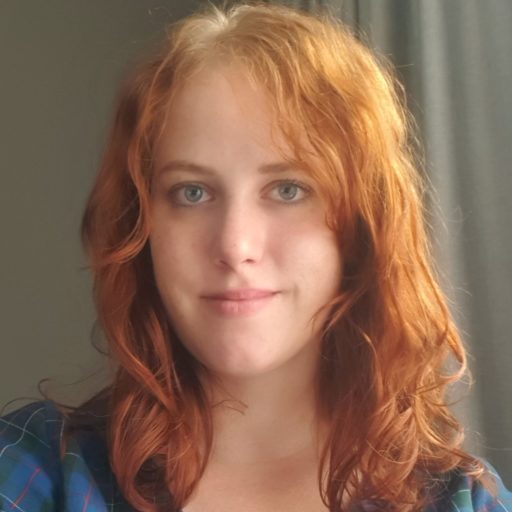