Climate Change Litigation Before the ECtHR

How Senior Women from Switzerland Might Advance Human Rights Law

Verein KlimaSeniorinnen Schweiz and Others v. Switzerland is the first case of climate change litigation before the ECtHR where all domestic remedies have been exhausted. The Chamber to which the case had been allocated relinquished jurisdiction in favour of the Grand Chamber. This reinforces the potential of the case to become a landmark ruling determining the Court’s approach to climate change. Ambitious policy pronouncements on how to mitigate climate change in the distant future are in no short supply. Whether a judgement on the merits by the ECtHR in the matter of ‘KlimaSeniorinnen’ will count as a ‘success’ should therefore not solely be determined on the basis of the ‘message’ such a decision will convey. Rather, a judgment that merits the status of a landmark ruling must go beyond such symbolism and establish a firm interpretative link between international law on climate change and human rights law.

Climate change poses ‘a human rights threat’ of a scope the ‘world has never seen’, Michelle Bachelet decried in 2019. The ‘rights of all (…) people – and future generations – will be impacted’, the UN High Commissioner for Human Rights warned. In the same year, global fossil-fuel emissions reached a record high of more than 35 gigatons CO2, moving the international community further away from the targets set out in the Paris Agreement on Climate Change adopted four years earlier. In 2021, after a brief dip due to disruptions of human activity and energy use caused by the COVID-19 pandemic, global emissions rebounded sharply to 2019 levels.

The gap between commitments under international environmental and human rights law on the one hand and political action on the other hand is therefore widening. As each ton of CO2 emitted into the atmosphere anywhere on Earth at any given time had, has and will have an almost identical effect on the average global temperature, there is little incentive for any country to reduce its own greenhouse gas (GHG) emissions. On the contrary: each country, following its own narrow self-interest, is inclined to freeride – i.e., to forgo investments to decrease its domestic GHG-emissions and to reap some of the benefits of the costly reductions made by others instead.

Amid such political stalemate rooted in collective action problems, some tend to place their hopes in courts. Emboldened by the success of the motion brought by ‘Stichting Urgenda’ (‘Urgenda Foundation’), a Dutch NGO, against the Dutch Government, ‘Greenpeace Switzerland’, the national branch of another NGO, sought advice on how to initiate similar proceedings against Swiss federal authorities. This culminated in the founding of the Association (German: ‘Verein’) ‘KlimaSeniorinnen’ – a portmanteau word composed of ‘Klima’ (German for ‘climate’) and ‘Seniorinnen’ (German for ‘senior female citizens’ or ‘elderly women’) – whose statutory aim is confined to promoting effective climate protection, in particular by lodging ‘legal actions at the federal level in order to safeguard the interests of its members’.

Swiss procedural law does not allow for abstract review of federal legislation. Rather, the Federal Constitution commits all courts to adhere to federal statutory law enacted and international law adopted by Federal Parliament even if such acts are found to be unconstitutional. ‘KlimaSeniorinnen’ therefore framed their claim against the executive branch of the Swiss Federal Government as an omission amounting to an ‘informal administrative act’. ‘KlimaSeniorinnen’ argued that the federal authorities’ failure to initiate a revision of the existing climate legislation, in particular the Federal CO2 Act, and their allegedly lenient implementation of the statutory provisions were tantamount to a violation of the positive obligations stemming from the right to life and the right to respect for private and family life enshrined in the European Convention on Human Rights (ECHR). As their members are all female and, at the time of the founding of the association, on average 73 years old, ‘KlimaSeniorinnen’ argued that these individuals would be significantly and adversely affected by heat weaves occurring both more frequently and severely due to omissions by federal authorities to reduce Switzerland’s GHG-emissions.

Appellate Court: all are affected by climate change, thus no one ‘specifically’

After the federal authorities declined to consider the motion of ‘KlimaSeniorinnen’ and four of their members on its merits, the claimants lodged an appeal with the Federal Administrative Court. The Appellate Court upheld the previous decision. It reasoned that climate change would affect all human beings alike. Therefore, the Court argued, the ‘group of women older than 75 years’ failed to be ‘particularly affected by the impacts of climate change’ and would thus not be affected ‘in a specific and distinct manner’ when compared with the general public as required by the rules on standing governing the case.

Such reasoning points to a major challenge that mitigation-related climate change litigation against governments faces. The judicial process is typically designed to provide relief exclusively to those individuals who have suffered specific, measurable, and unlawful harm at the hands of the party bearing legal responsibility for the infringement. Do such rules on standing thus preclude access to courts given that, in the words of the UN High Commissioner for Human Rights quoted above, global warming impacts the ‘rights of all (…) people’?

Federal Supreme Court: a matter for the democratic process, not the judiciary

The Federal Supreme Court, in its judgement of 5 May 2020, followed the Appellate Court, reasoning that the invoked rights of the applicants were not yet impaired with the required intensity and therefore failed to merit standing. The Court found there would ‘still be a certain time available’ to take appropriate measures for global temperature to remain below the ‘well below 2 °C’-threshold referred to in the Paris Agreement on Climate Change. The Federal Supreme Court took a decidedly reticent role, being inconsistent with both its precedents and climate-physics findings, in declining to enter into the merits of the case. Instead, it referred the claimants to the instruments of direct democracy enshrined in the Federal Constitution in general and the popular initiative to amend the Federal Constitution in particular to pursue their objectives.

‘A serious question affecting the interpretation of the Convention’

After the ECtHR had decided to grant Verein KlimaSeniorinnen Schweiz and others v. Switzerland priority status, the Chamber of the Court to which the case had been allocated, on 26 April 2022, relinquished jurisdiction in favour of the Grand Chamber. A chamber may do so where a case pending ‘raises a serious question affecting the interpretation of the Convention or the Protocols thereto, or where the resolution of a question before the Chamber might have a result inconsistent with a judgment previously delivered by the Court’. The Court rarely makes use of this possibility. This reinforces the importance of this first case of climate change litigation before the ECtHR where all domestic remedies have been exhausted as a possible landmark decision having the potential to determine the Court’s further approach to climate change litigation.

The first hurdle for the ‘KlimaSeniorinnen’ case will be the admissibility stage, especially the recognition of victim status. Just as the Swiss courts, the ECtHR held time and again that it is not in a position to receive an ‘actio popularis’. Rather, applicants must be directly affected by the alleged violation in question. It remains to be seen whether the ECtHR will interpret the notion of ‘directly concerned’ in broader terms than the Swiss courts. Should this hold true, a potential positive judgment on the merits would most likely find a violation of rights concerning the domestic procedure, i.e. the right to an effective remedy or the right to a fair trial, or, at most, of the right to private life. Previous case law on environmental degradation indicates that the ECtHR has generally only found a violation of the right to life where environmental degradation resulted in the death of an applicant’s family member, e.g. due to natural disasters or dangerous industrial activities. With respect to violations of the right to private life, such were found in various cases of industrial pollution. In ‘Fadeyeva’, the Court held that in absence of a ‘right to nature preservation’ in the ECHR, in instances of environmental degradation ‘the interference must directly affect the applicant’s home, family or private life’ to raise an issue under ECHR, article 8. Despite such efforts, a right to a healthy environment is currently not enshrined in the ECHR.

In respect of remedies, the ECtHR is entitled to afford just satisfaction for a violation, should such a claim have been submitted. In rare cases, the Court can issue a consequential order, aimed at putting an end to the respective violation. In broader terms, for the ECtHR to find a violation of rights enshrined in the ECHR would require the Court to establish an interpretative link between international law on climate change and human rights as legal, not merely moral rights. Such a decision could pioneer the Court’s further case law on climate change and thus radiate to the domestic jurisdictions of ECHR member states and beyond, encouraging them to receive similar cases.

Incorporating international law on climate change into human rights law, however, faces various objections. Apart from specific legal reservations, it seems debatable whether global mean surface temperature compared with pre-industrial levels, the target defined in the Paris Agreement on Climate Change, may serve as a meaningful proxy to determine whether a human right of specific individuals such as the members of the ‘KlimaSeniorinnen’ was violated. Not only does limiting global temperature increase to 2°C compared to pre-industrial levels fail to amount to a distinction between a ‘safe’ and an ‘unsafe’ climate but regional and global average temperature trends may differ to a considerable extent. Average temperatures in Switzerland, for instance, increased by 2°C since measurements began in 1864.

What would count as a ‘success’?

Climate change is a collective action problem of unparalleled magnitude. The referendum on a revised Federal CO2 Act, rejected on 13 June 2021, sheds light on the fact that in democracies even existential challenges may boil down to cumbersome political bargaining. Unspectacular and technical issues such as the rate of the CO2-levy or the feed-in tariff for solar power take centre stage. Should the ECtHR seek to avoid joining the hollow-sounding chorus of political actors proclaiming ambitious GHG-emission reductions to be achieved in the distant future, the ‘success’ of the ‘KlimaSeniorinnen’ s application should therefore not be determined exclusively on the basis of the ‘message’ the ECtHR allegedly sends with its judgement. Rather, a decision that merits the status of a landmark ruling needs to be based on a coherent and tenable reasoning establishing an interpretative link between international law on climate change and the rights enshrined in the ECHR.

Other posts about this region:
Europa, Schweiz 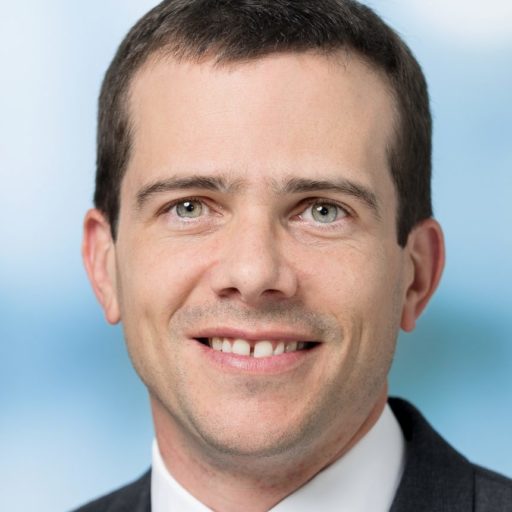 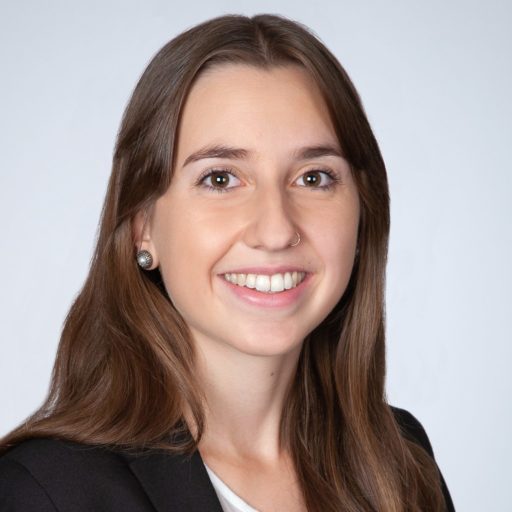 Flora Hausammann Flora Hausammann is an LL.M. student at King's College London and Research Assistant at the Chair of Public Law, Environmental Law, and Energy Law at the University of Zurich. 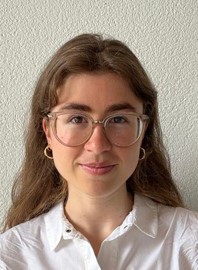 Other posts about this region:
Europa, Schweiz No Comments Join the discussion
Go to Top