Ukraine is engaged in an existential war for survival. One need not accept the full role of the exception from Carl Schmitt to acknowledge that the struggle to withstand a brutal assault on civilians transcends all other issues. Ukrainian constitutional law recognizes the need for exceptional powers during a state of emergency, as does every other constitutional order whether expressly or tacitly. Necessarily, a war for survival shifts authority from parliament to the executive and many of the founding principles of democracy may be suspended during the emergency, even such defining features of democracy as popular selection of the government. The United States uniquely managed to hold elections during the Civil War, but the oldest democracy, the United Kingdom, did not hold elections from 1935 to 1945, recognizing the reality of full-scale warfare and the German assault on Britain.

There are some historic observations of how a constitutional democracy responds to total war, but these are advanced with great hesitation. I sit comfortably in my Manhattan apartment, far removed from a reality of cluster bombs falling on innocent civilians. No form of state organization can override the central task of survival and collective security. For Ukraine, this means that war defines all domestic considerations and that traversing difficult foreign relations is the key to survival – both of which disrupt the normal parliamentary prerogatives in a healthy constitutional order.

Surviving a war tends to strengthen popular sovereignty, the longstanding thesis of war serving as the midwife to democracy. The demands for citizen sacrifice generate a corresponding demand for citizen participation through expansion of the franchise. War also calls into being numerous forms of relief committees, logistical organizations at the local level, and other non-state formations that provide a strong civil society foundation for democratic revival and expansion post-hostilities. Particularly in a country such as Ukraine, with a relatively short history of democratic governance and comparatively weak institutions, the survival of an existential war may well serve to buttress the societal commitment to constitutional commands. Indeed, the valor of the Ukrainian people has been an inspiration for resisting a complacent acceptance of democratic backsliding around the world.

Yet to speak of surviving a war during the horrific Russian attacks is a matter of deep and desperate hope, by no means assured as the battle continues. Let me limit myself to three observations concerning the presidency, the limited role of parliament in wartime, and reasons for hope in the Ukrainian conduct of the war.

First, President Zelensky has been an inspirational leader under conditions of unimaginable loss and challenge. But what if he were to fall in battle? There must be absolute certainty in the chain of command. Not only must there be clarity on who would succeed to the presidency, but about who would follow in turn. Russian bloodlust will not likely be abated by one targeted assassination. The U.S. is derelict on this issue, something that we have failed to address after the 9/11 attacks revealed the possibility of broad damage to our leadership structure. Our constitution and succession laws provide that the Vice-President shall become president in case of presidential incapacity. But after that, officers of the Cabinet may only “act” as president, an ill-specified command structure if the executive is hobbled and Congress cannot be convened. Efforts to clarify this structure have been lost in the haze of partisan dysfunction. With an invading army still occupying significant parts of the country, Ukraine cannot afford this imprecision. A clear line of succession needs to be established and some relatively high-ranking official in the line of succession needs to be kept at a distance from Kyiv in case of a military reversal of a bombing.

Second, the processes for the establishment of a state of emergency need to be respected. Even with the greatest admiration for President Zelensky, the rallying force internationally remains the defense of democracy, and that requires a legislative branch. But what exactly is the legislative function in wartime, especially a war fought on domestic soil? It is unlikely that in the face of a Russian invasion, there will be deliberations on educational policy or fiscal reform or environmental initiatives. Probably the most important function of the legislature under conditions of emergency is to be available as a check on efforts by the embattled executive to alter unilaterally the structure of governance. Put in other words, it is important that there be a legislature even if there is unlikely to be legislation.

In the period after the 9/11 attacks, I went back to the issue of how democracies handle emergencies. The simple answer is that rarely can even the pretense of normal governmental functions be maintained. At the same time, like the American founding generation, I found myself looking back to the Roman experience of how to consolidate and constrain emergency power, even if the nomenclature “the dictatorship” is one now associated with peremptory rule. In an article entitled, Political Safeguards in Democracies at War, published in the Oxford Journal of Legal Studies, I described the intricate Roman procedures that now lay the foundation for modern constitutional recognition of emergencies.

In Rome, warfare was subject to oversight by the Senate, even as its conduct became the province of the chief executives, the consuls. Emergencies required even greater concentration of power over military decision-making, and Rome used the unique institution of the dictatorship in times of military exigency, an example that heavily influenced the American founding generation. In times of emergency, consuls could appoint dictators for terms of precisely one year. The power of the dictator, however, was limited; he could not restructure the laws of governance, nor could he limit the standing power of the Senate or of the citizenry. As Bruce Ackerman summarizes, ‘[I]n all cases, there was a rigid rule: The appointing official could not select himself. As a consequence, the consuls had every incentive to resist the call for a dictatorship unless it was really necessary.’

During the roughly three centuries that comprised the apex of the Roman republic, dictators were appointed 95 times, and they almost unfailingly ruled within the confines of their appointment. Modern emergency decrees follow the Roman practice of appointing a dictator in conditions of military exigency, although the term ‘dictator’ has been dropped from the lexicon of democracies.

No country permits executive unilateralism across all the key emergency functions: declaration of the emergency, definition of emergency powers, review of the exercise of emergency powers, and determination as to when the emergency is concluded. Even ancient Rome enforced a time limit on the dictatorship. In contemporary democracies, France is fairly typical in requiring that the legislature remain in session throughout the emergency, so that the Constitution may not be amended by the force of executive authority. Under Article 16 of its current constitution, France allows a state of siege to be declared with corresponding potential for the suspension of customary political rights and civil liberties. At the same time, Article 16 preserves the political accountability of the president by requiring that the legislature remain in session throughout the emergency and protects the power to impeach the president, even during a formal state of emergency. Ukraine wisely appears to follow this model.

By contrast, only one recent historical example of such complete presidentialism exists, in the Weimar Republic. Article 48 of its Constitution, allowing for the declaration of emergencies by exclusive presidential action, combined with Article 25, allowing the President to dissolve Parliament, meant that there was no check on rule by executive decree. Unsurprisingly, no post-war constitution has followed the Weimar model.

The Advantage of Fighting Defensively

Third, Ukraine has fought formidably. Part of this is the nature of the battle. Countries that are more risk-averse in military conflict are more likely to fight exclusively or primarily when forced to defend themselves. This tendency further predicts a historic advantage for those countries inclined to fight only when necessary; defensive combatants hold a natural advantage over their adversaries, a point recognized long ago by Sun Tzu in The Art of War. To the extent that the deliberative processes of democracy require a citizenry that is persuaded of either the necessity of fighting defensively or the select advantages of specific aggressive wars, democracies will be more inclined to fight defensive wars than offensive ones, and they will avoid the impulsive wars that bedevil autocracies. Not that democracies do not engage in foolish military endeavors, just that they have greater sources of constraint internally.

But some measure of the success may be attributed, at least indirectly, to democracy governance. This may sound paradoxical because the inevitable centralization of power during war should be a source of weakness for the noisy and fractionated division of democratic power. Yet, historically speaking, democracies tend to do better in war than societies with non-democratic political structures. Political scientists Dan Reiter and Allan C. Stam provide important empirical support for this thesis in their work, Democracies at War, which demonstrates to a reasonable degree of satisfaction that democracies are disproportionately successful in conflict situations. One highlighted reason, and a factor with immediate resonance in Ukraine, is that democratic legitimacy allows for the creation of a broader class of junior military officers with more discretionary authority. By contrast, autocratic leaders have long known to fear coups led by colonels and the junior ranks of the officer corps.

The Vulnerabilities of Autocratic Rule

The war thus far has exposed the vulnerabilities of autocratic rule, starting with the corruption that siphoned off Russian military resources or substituted fraudulent goods for military-grade hardware.  Most notably, Russian troops showed no flexibility in battle once the presumed march on Kyiv was repelled. This is in part the result of an army built on regime-loyal generals and void of intermediate officers who could actually assume tactical command in battle. Despite being overwhelmed in terms of troop numbers and materiel, Ukraine has withstood the onslaught in part by delegating authority to field-level operations. There is a virtuous circle that allows governmental legitimacy to devolve military authority, confident that a democratically elected government is less likely to be overthrown by those same empowered lower officers. Especially if the war is prolonged, the relation between an elected government and multiple military commanders will test the balance. But it is important not to overlook the role of democratic legitimacy in permitting this form of warfare and its successes thus far.

As I noted at the outset, these comments are offered with great hesitation. Russia’s policies of criminal force against civilians will test any country, both militarily and politically. Even under extraordinary stress, democracy might offer some assistance on both sides. 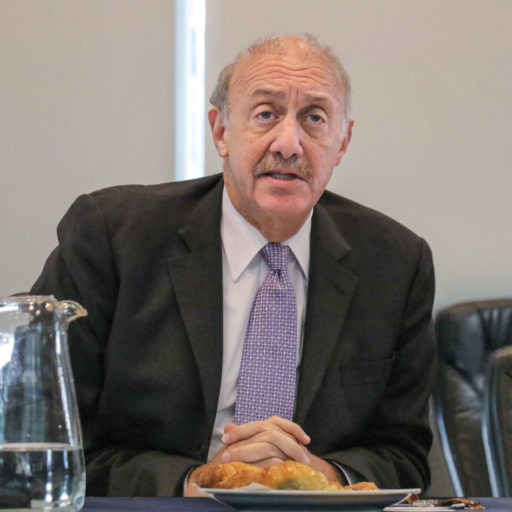