Dignity Is Here to Stay: Revisiting Understandings of Human Dignity at Oxford 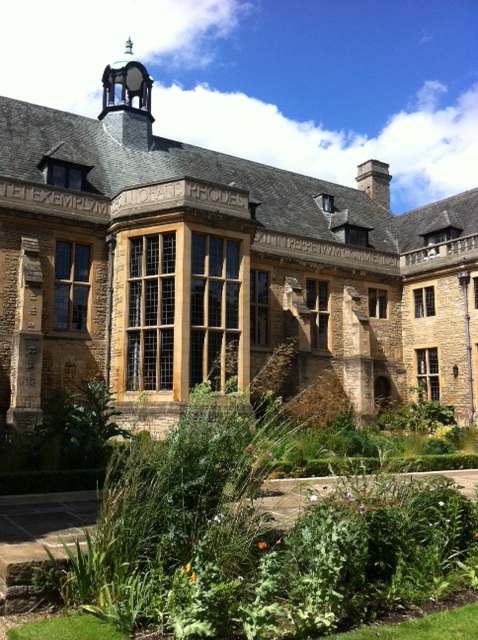 It is a splendid sunday in Paris, and I just came back to the continent from an exciting conference at Oxford, organized by Christopher McCrudden and Jeremy Waldron. For three days, an impressive line-up of more than 50 speakers gathered at Rhodes House to discuss the meaning and scope of Human Dignity in an interdisciplinary (I would rather label it as „transdisciplinary“, but more on that below) conversation. Among the participants of „Understanding Human Dignity“ were a great number of actual and former judges: Lady Hale of Richmond from the UK Supreme Court, South African Supreme Court Judge Edwin Cameron, ECtHR judge András Sajó, former Israeli Supreme Court President Aharon Barak, former president of the ECtHR Jean-Paul Costa, and former German Constitutional Court Justice Dieter Grimm. From the ECJ, Advocate General Eleanor Sharpston had joined the meeting.

„Dignity is here to stay!“ Samantha Besson made that confident statement in her general comments at the end of a conference on Human Dignity that we held last november at the Wissenschaftskolleg – and the Oxford event has definitely proven her right. The event itself took place under the Chatham House Rule, so the following will not say anything about positions taken by participants and merely highlight some of my observations that were also part of my statement as one of the general commentators of the conference. For the more interested readers, there shall be a publication to follow, at some later point. And there shall be a radio broadcast by BBC’s Radio 4 later this summer, for which some of the speakers were interviewed.

The Oxford conference brought together scholars from law, theology and philosophy. Its obvious catholic leaning was no coincidence, as the event was sponsored by the Catholic Bishops‘ Conference of England and Wales. Its president Vincent Nichols, Archbishop of Westminster, attended most parts of the conference, and vice-president Archbishop Peter Smith was present throughout the meeting. That said, it was rather remarkable that the discussions were intense, controversial and open, even confrontational – and, at the same time, friendly and productive.  It was even more remarkable that the bishops explicitly referred to Pope Benedict XVI.’s Westminster speech in 2010 where the Pope had encouraged dialogue between religious faith and secular reason. As a German catholic, I would indeed love to see the same passion for open intellectual debate in the ranks of high clergy back home. Having Costas Douzinas, Roger Brownsword, Sam Moyn, James Hanvey, Michael Rosen, Bernhard Schlink, Avishai Margalit, John Milbank, Conor Gearty, Janet Soskice, all the wise judges and so many more interesting voices (including the Archbishop of Westminster) around the same conference table was as pleasant as it was enriching.

The conference did not include speakers representing non-christian theologies and religious studies, and while I am, in general, all for broad discursive inclusion, I found that rather helpful in terms of conceptual clarity – if there is such a thing when we talk about human dignity, that „vague concept“, „placeholder“, „mystery“, „Sehnsuchtswort“ (to quote just a few of the characterisations put on the table during the discussions). The limited scope of the theological perspective integrated into the conference discussions allowed for a more detailed discussion of biblical genealogies, thomist variations and, inter alia, the influence of catholic social thought and christian personalism on the concept as it was enshrined in the Universal Declaration on Human Rights, the German Grundgesetz and other European constitutions. However, there were also rather introspective presentations from the evangelical side and the JPII-inspired phenomenology-cum-natural law camp. And it was the first time ever that I witnessed, personally, an American scholar fiercely referring to „the cultural wars we are in“ in a conference presentation. Good old Europeans are more cautious with such notions, it seems, maybe due to their own historical experiences with reformation, religious wars, revolutions and Kulturkampf.

The conference had been dedicated, on its first day, to historical perspectives and „fundamentals“. Inter alia, Christoph Goos presented his research on the intentions of the mothers and fathers of the German Grundgesetz while drafting Article 1 of the Basic Law. The second day was dedicated to „case studies“, arising from the challenges of religious freedeom and pluralism, autonomy and equality (including marriage, sexuality, abortion, assisted suicide) and questions of socio-economic rights and basic needs. However, some of the „case studies“ turned out to be conceptual reflections while some of the presentations on „fundamentals“ and historical perspectives had drawn heavily from particular cases, such as the ECHR case Siliadin v. France (73316/01). And I think that the conference, as a transdisciplinary undertaking, would have profited from a more case-based approach, inviting participants to discuss specific constellations from their respective disciplinary perspectives (law, ethics etc.). In the concluding debates on the final day, a certain hunger for cases could be felt. As one of the discussants raised the issue of the use of criminal and medical evidence gained through torture or obscene medical techniques, other interlocutors jumped immediately on the concrete questions posed by such constellations instead of dwelling longer on their abstract „learning experiences“. A focus on current developments in the biomedical field might have provided even more challenging questions.

Apart from that, I would have wished for more reflected methodological approaches. The conference had been announced as „interdisciplinary“, but there was not much integration, hybridization or blending of various disciplinary positions. And all for the better. What one experienced was rather a truly transdisciplinary exercise – if we characterise transdiciplinarity, in Judith Thomson Klein’s taxonomy, as „transcending, transgressing, transforming“.

Throughout the discussions, and despite the excellent line-up of speakers and topics, there had been some signs of „dignity fatigue“. Is it time for profound redefinitions, or even time to move on and coin new terms? Dignity may have become vague, empty and „oversqueezed“. At Oxford, however, human dignity appeared as a notion that opens spaces to discuss and re-negotiate competing concepts of human dignity, and that attracts people to do so. It is indeed, as Christoph Möllers stressed, a notion inviting us to understand the internal tensions of liberal constitutionalism. In that sense, Samantha Besson was perfectly right: Dignity is here to stay.

Other posts about this region:
Deutschland 2 comments Join the discussion