Fighting Platforms and the People, not the Pandemic

#ResignModi and Disinformation Governance in India – an update

It is not usually a good sign that you are asked to write a follow-up to a Verfassungsblog post. In late February, we described the travails of Twitter in India, which largely bowed to government pressure to block users and censor hashtags. Now, this fight has become larger. To control social media-driven criticism against its handling of the COVID-19 crisis, the Indian government, led by Prime Minister Narendra Modi, can now take advantage of new powers via the Information Technology (Guidelines for Intermediaries and Digital Media Ethics Code) Rules 2021 (IT Rules 2021). For Big Tech, who have been fending off external regulation globally and consider India as their largest market, this is an acid test. The IT Rules 2021 empower the Modi government to counter disinformation, whose definition seems to have been stretched to include content that portrays the government negatively. The government can override the platforms’ agency here and make them toe its line. How platforms react will have a domino effect on users’ freedom of expression and right to privacy across the world.

In May, the situation in India took a serious turn. The Coronavirus made a terrible and devastating comeback. Since late April, the country has officially recorded thousands of deaths daily, hospitals are overcrowded, and critical needs like oxygen have been in short supply.

In the midst of all this, the government headed by Prime Minister Narendra Modi adopted a confrontational stance towards online speech, blaming citizens for causing panic about the pandemic via social media. Many within the country blamed the government for exacerbating the crisis due to its failure to update treatment protocols, non-consultation of the countries’ national task force and massive election rallies attended by BJP officials in spite of rising case numbers. As criticism grew louder, demanding the Prime Minister’s resignation, the government ordered social media platforms to delete and/or suppress both critical and factual statements about the effects of the pandemic.

In this time of crisis, many turned to social media to seek help. High- to low-ranking officials responded with repressive measures in many states. Shashank Yadav, who asked for an oxygen canister for his then-dying grandfather on Twitter was booked by the Uttar Pradesh police for spreading rumours with the intent to cause fear or alarm. Disinformation or alleged “misuse of social media” was cited by the government to order the removal of tweets about the rising death toll due to Covid-19 or showing pictures of crematoriums operating at full capacity. The Chief Minister of Uttar Pradesh, Yogi Adityanath, while downplaying the effects of the crisis, demanded that the property of those who allegedly spread “rumours” about the pandemic be seized as a punitive measure. In the state of Madhya Pradesh, district-level administrators of Indore and Jabalpur, ordered restrictions on comments and forwards related to Covid-19 on social media platforms.

This meant that when social media had emerged as a critical helpline, users could face criminal prosecution for any content local officials deemed offensive or provocative under Section 144 of the Code of Criminal Procedure. Emergency acts like the National Security Act (1980), the Epidemic Diseases Act (1897, 2020), and the National Disaster Management Act (2005) gave the government discretionary power, which could be used to criminalize online posts. What is worrying is that the IT Rules 2021 could normalize this emergency power and extend criminal liability for content to users and platforms. Applicable orders can be arbitrary and impractical, for example, the government demanding social media platforms to delete all content using the term “Indian variant” to describe the Covid variation B.1.617.1. These measures paint the picture of a wider scheme to hide the real extent of the crisis in India. Physicians estimate that the real number of deaths as several times higher than official counts, especially due to faulty death certificates.

The hyper-partisan supporters of the BJP-led government discredit factual reporting as smear campaigns or conspiracies by the Opposition Party or foreign media. For example, dead bodies floating in the Ganges due to Covid-19 were projected as an anti-Modi and anti-India disinformation campaign.

The frog starts to boil

Just like the frog who does not notice when water gets hotter until it is boiled, even small interferences with speech rights have societal ripple effects: governments slide into censorship. The hashtag #ResignModi drew much attention on Facebook but the platform deleted thousands of hashtagged posts and notified users that these contained violations of community guidelines. Facebook later announced that the blocking occurred due to an accident. Evidently, the Indian government is not the only source of arbitrary censorship. In fact, according to Facebook, the removal of #ResignModi posts linked was not demanded by the government but enacted upon Facebook’s own initiative. It is likely that the company acted pre-emptively to protect its interest in India. Such pre-emptive action plays right into the government’s hands.

Where platforms do not show foresighted obedience, government orders compliance. For example, on 23 April, Twitter gave in to a government order and geo-blocked more than 50 tweets, which portrayed the government’s handling of the pandemic as insufficient. Two posts from a Member of the Parliament and a Member of West Bengal State Legislative Assembly, who had blamed Modi personally for the crisis, were affected. However, Twitter’s official policy states that it will not delete posts from politicians since it considers their accessibility to be in the public interest.

The overall lack of transparency further protects the government, as platforms are not allowed to share the reasons for the blocking of content and take-down of accounts with affected users, making it impossible for them to seek rectification.

The tipping point was reached on 26 May when the IT Rules 2021 came into effect (see Singh & Sekhri). Companies with more than 5 million users were saddled with more obligations, including the appointment of local officers, answerable directly to the government. The companies now have to think of the safety of their employees in India, who may face criminal liability should, for example, flagged “unlawful” content not be dealt with within 36 hours.

Twitter is a powerful platform in India, in terms of its political presence and impact, and yet to fall in line. For example, after Twitter restored several accounts the government ordered blocked in February 2021, it received a non-compliance order, threatening the application of Section 69A of the Information Technology Act, per which employees of internet intermediaries may be imprisoned for up to seven years. That this threat is very real became evident when Twitter’s offices in Delhi and Gurugram were raided by police in an intimidation attempt, after the platform had marked a BJP post that implicated the opposition in a made-up plot to obstruct the governments crisis management as manipulated media.

Platforms’ reactions to the Indian government’s regulation and censorship had been cautious so far. Now there is growing albeit fragmented resistance against the government’s orders. While Facebook complied with certain provisions of the IT Rules, Facebook-owned WhatsApp has gone to Delhi High Court against the IT Rules’ traceability requirement, per which messengers must break end-to-end encryption, to provide the government with information on a message’s originator. Traceability goes against India’s fundamental right to privacy, as upheld by the Supreme Court of India in K.S. Puttaswamy v. Union of India (2017), for exceeding the requirement of proportionality and purpose limitation. Google has pursued a different strategy; while readily complying with government orders about blocking/taking down content, it denied the government the veil of secrecy by stating that its transparency reports demanded it made government orders public.

If the platforms come together, the IT Rules, which are an executive order and have not been passed by the legislature, can be challenged in court.

Can the judiciary step in?

There is growing hope that India’s courts might oppose the government’s attempt at censoring social media.

For one, the Supreme Court observed in unequivocal terms that citizens have a right to communicate their Covid-19-related problems and pleas on social media, and that this cannot be dismissed as “wrongful information” – directly contradicting many measures/orders by local and regional officials. Any attempt by regional state and police authorities to prosecute citizens for their posts should be treated as contempt of court. However, there is no clarity on whether this order would extend to the central government.

For another, the Delhi High Court sharply condemned attempts of government representatives to discredit hospital pleas for more oxygen as “rhetoric”, accusing the former of “being blind” and “living in ivory towers”. Social media posts are thus gaining evidentiary value in court proceedings, immunizing them to a certain degree from being taken down.

But the judiciary’s biggest challenge is yet to come in the WhatsApp judgement, which hinges on user privacy. Only under exceptional circumstances should the government be able to ask end-to-end encrypted service providers to hand over user data. If encryption is broken, all users‘ privacy is compromised to find one „originator“ of disinformation.

As Apar Gupta, the Executive Director of India’s Internet Freedom Foundation (IFF), said, “neither WhatsApp nor the government is completely supportive of [users’] fundamental right to privacy. We must expect less from WhatsApp than our government. […] Our government, though, has the primary responsibility of protecting our constitutional rights.” In this confrontation between the government and platforms, digital rights organizations have played a major role, both in appealing unlawful orders, educating the public on digital rights, and pressurizing platforms to reverse takedowns.

Rising censorship in the wake of the global Covid-19 pandemic is by no means an isolated phenomenon. Countries like China and Bangladesh blocked numerous websites, and even threatened journalists’ relatives to control the official narrative about their fight against the pandemic. Hungary has meanwhile used the pandemic as a pretense to tighten media regulations by passing legislation to sanction the dissemination of “disinformation” with up to five years of imprisonment. Examples like these are numerous and in many contexts, disinformation – defined to suit governmental needs – is weaponized against free speech.

In many countries, while rising vaccination levels and decreasing case numbers let people hope for an end to the pandemic, stricter government control and censorship will not simply disappear overnight. Instead, by projecting facts as disinformation, government’s like India’s can make people doubt which information to trust, which can undermine its own efforts against the pandemic. 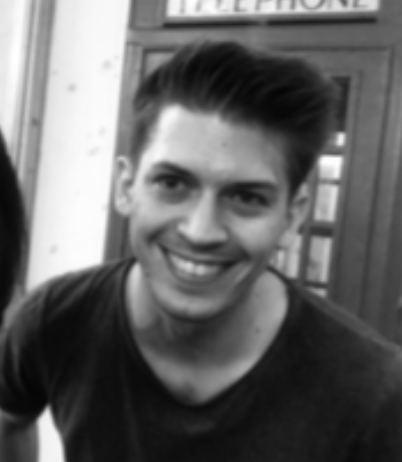 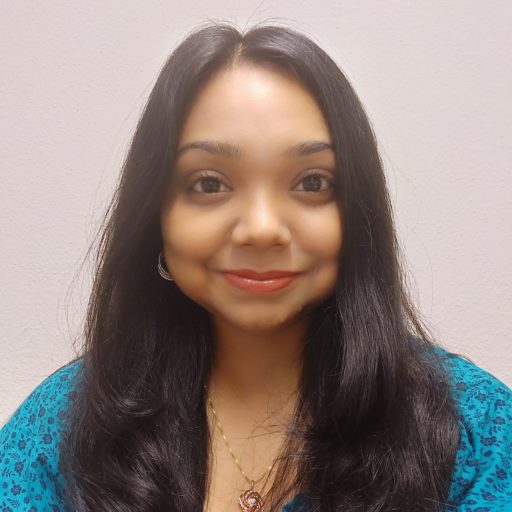 Sangeeta Mahapatra Dr. Sangeeta Mahapatra is a Visiting Fellow at the GIGA Institute for Asian Studies, German Institute for Global and Area Studies. Hamburg. Her areas of research include Platform Governance, Digital Political Communications and Processes, and Digital Surveillance and Privacy Rights in Democracies. She is currently working on a Mozilla-funded project on the digital surveillance of journalists and online freedom of speech and expression. 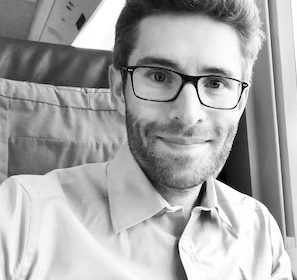