Complexity and the EU’s defence game

Politics within the European Union (EU) and thus the authoritative allocation of values are inherently complex processes. There is a myriad of formal ways of how the EU enacts norms and regulates the Member States’ internal policies. What is even more important, however, there are multiple informal ways of arriving at political outcomes. Given this complexity, the distinction between supranational and intergovernmental rules of the EU game has firmly been established. While the former rules stress the European Commission’s agenda setting powers and jurisdiction of the European Court of Justice (ECJ), the latter are tantamount to cooperation between sovereign nation states with each maintaining veto power. In short, supranational and intergovernmental forms of decision-making imply different actor and power constellations and thus distinct political processes of how the EU arrives at collectively binding decisions.

Do recent developments in the Common Foreign and Security Policy (CSDP) – or the so-called New Defence Policy (von Achenbach) – imply the need to overcome these distinctions? To what extent does the Permanent Structured Cooperation (PESCO), in particular, suggest novel ways and rules of decision-making that are neither supranational nor intergovernmental? While I share the general view that the differentiated integration of PESCO shapes a certain middle ground between the two forms of policy-making, I argue that we should preserve the distinction between supranational and intergovernmental rules since it still makes a difference in political life. As long as our distinctions make such a causal difference, they have merit for our scholarly inquiries. Rather than subsuming policy fields, such as defence, under one distinct or a new category, we should disaggregate the domain and investigate, which political outcomes were triggered by which political processes. Such an analysis will reveal that some defence outcomes are based on supranational decision-making, while others are decided intergovernmentally.

The premise of this argument is a simple and widespread equation of political science: preferences + institutions = outcomes. If I thus aimed to show that supranational vs. intergovernmental rules (or, institutions) matter in the EU’s defence game, comparing two empirical case studies in which actors’ preferences remain constant, but policy-making rules differ along the distinction supranational/intergovernmental, would form a meaningful test. On this basis, I could demonstrate how varying institutions produced varying outcomes. The issue of how to handle so-called defence offsets within the EU fulfils this ceteris paribus condition to an extent that is quite unusual in the social sciences, as I will discuss in what follows.

How to regulate defence offsets?

Offset agreements are a pervasive feature of the defence-industrial sector all around the world, although they may come under different labels and in different forms. Some offsets are referred to as ‘industrial participation’ programs or the ‘juste retour’ principle, but the idea of requiring a compensation for domestic industries in exchange for importing defence goods from abroad remains basically the same. In the European Union, as in the rest of the world, offsets have traditionally been regarded as belonging to the politically sensitive realm of national security. EU Member States have been cautious not to delegate the regulation of offsets to the European level. In other words, defence offsets have historically been a national prerogative. Yet, at the same time, defence offsets are not only market distortions, but also prone to corruption and increasing the price of defence goods. Therefore, the question had arisen of how to regulate them.

The intergovernmental pathway and one outcome

On the one hand, governments cooperated among themselves. Defence offsets were thus addressed within the EU’s intergovernmental setting. With approval of a Code of Conduct on Offsets (CoCO) on 24 October 2008, the European Defence Agency (EDA) reached a consensus among all participating governments. This Code of Conduct aims at increasing transparency and promoting a competitive and robust European Defence Technological and Industrial Base (EDTIB). The objective is to provide a transparent framework, albeit not legally binding, on how to apply defence offsets as a policy instrument. In other words, the code is supposed to regulate the appropriate use of offsets, which should, in turn, lead to convergence of offset practices among participating governments; perhaps even to a reduction of offsets in the long-term.

In essence, this is a political compromise between governments with heterogeneous preferences. When we examine the positions of both small and large Member States, the former have clearly supported the preservation of defence offsets. For them, it is often the only viable pathway into the global supply chains of the large prime contractors. By contrast, the large Member States’ positions ranged from close alignment with the small countries to outright opposition to offsets. Given this preference constellation, the political outcome, namely a legally non-binding code of conduct, is fully comprehensible.

The supranational pathway and another outcome

One year later, on the other hand, the same governments with the same preferences consented to either abolish their offset policies or, at least, limit them in practice. This is not only a startling outcome, but, in particular, demonstrates the effects of applying supranational rules to the EU’s defence game. They not only matter somewhat; they make a causal difference.

The European Commission pursued a strategy of judicial politics to move member states beyond their initial preference constellation. It threatened the Member States with case law of the European Court of Justice (ECJ) and provided governments with political opportunities to reduce this kind of legal uncertainty. In other words, supranational rules shaped a distinct outcome.

From 2000 onwards, the European Commission was increasingly dissatisfied with the stagnation in the development of the European defence market. Thus, it referred to an almost forgotten judgement of the ECJ, by which the security exemption of defence procurement was interpreted in a very narrow way (C-414/97). The Commission indirectly threatened Court-driven integration and sued, for instance, Italy (C-337/05). Most significantly, it treated arms acquisitions and thus defence offsets as an instance of market regulation rather than a CSDP issue. This was a deliberate – and strategic – choice and enabled the application of supranational rules. The initiative resulted in the EU’s first secondary law on defence procurement. Yet many Member States were willing to fight over regulating defence offsets and, therefore, a political compromise was not viable. The directive did simply not mention defence offsets.

Governments were certain that they had preserved their offset practices – similar to the non-binding Code of Conduct. This was mistaken, however. The Commission pushed forward opportunistic enforcement and unilaterally interpreted the directive by several guidance notes. Among others, it spelled out that defence offsets would distort markets and would thus violate basic principles of EU law. The Commission defined the abolishment of offset policies as one of the main criteria for the directive’s transposition. Those Member States that hesitated to follow the suggestions were prosecuted for incomplete transposition. 18 Member States changed their national offset legislation, whereas four of them only complied after their cases were referred to the ECJ. Given the still heterogeneous preference constellation among governments, the political outcome, namely a widespread shift of national offset policies, can only be understood against the backdrop of supranational rules. In short, the latter made a difference.

Today, the EU-wide regulation of defence offsets has evolved from two distinct trajectories. Not only the pathways, but, in particular, the outcomes varied dramatically. This variation makes a difference because, in both political processes the potential drivers and obstacles were largely identical – with just one exception. Both sets of rules were negotiated and agreed upon by largely the same autonomy-driven governments. Also profit-driven firms and their national interest representations accompanied and influenced both outcomes. The crucial difference was that the code was decided within an intergovernmental setting with a prominent bargaining position for governments, whereas the ban of offsets was agreed upon within a supranational context of ECJ case law and Commission politics. As long as the rules of the game (or the institutional context) make such a difference, the distinction adds critical value and should thus be maintained.

Beyond the importance of distinguishing between intergovernmental and supranational rules of the EU’s defence game, however, this brief illustration revealed another finding. How do scholars and policy-makers define the boundaries of policy fields? Where does defence end and the single market begin? Why did the European Commission treat defence procurement as an instance of security policy in the 1990s, but as an instance of public procurement in the 2000s? There is nothing intrinsic to these interpretations, but they have tremendous political implications, such as those that I explicated above. Hence it is relevant to critically reflect on these questions and to keep in mind that the boundaries of policy fields are anything but innocent descriptions of empirical facts. They are genuinely political statements. 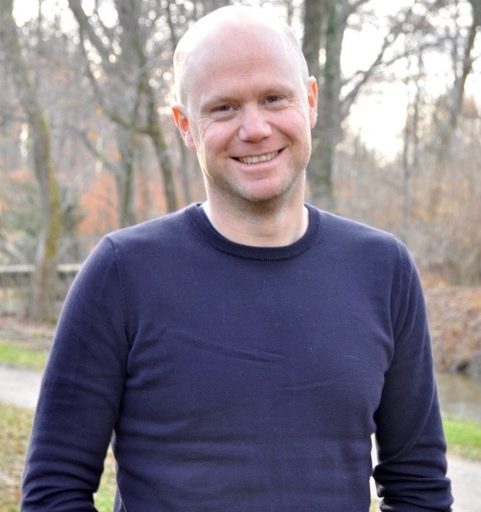