Domesticating the Word: Articulations of a Violent Past 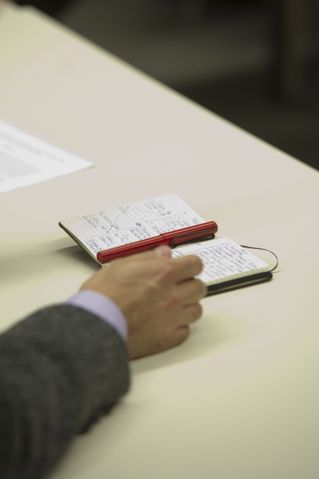 Tonight, Anthropologist Alejandro Castillejo Cuéllar (2011-2012 Rechtskulturen Fellow at Humboldt University Law School) will talk in Recht im Kontext’s Rechtskulturen Colloquium about the role that the articulation of a violent past, through different mechanisms, has in creating or reinforcing not only diverse forms of historical silence but also different ways of engaging the prospect of an imagined new society. His paper mainly deals with these questions in a series of transitional scenarios (South Africa, Colombia, and to a lesser extent Peru) in which testimonies of war were part of larger truth-seeking process.

„Despite their differences (historically and sociologically), there is an element that, it seems to me, they all share, a ‚pattern that connects‘ them. In trying to grasp the multiple dimensions of violence, the collective languages instituted by State sponsored laws failed to render intelligible the structural dimensions of violence that are at the root of conflict itself. I call this blind spot structural or endemic silence: a violence that is rendered invisible, in spite of its immediacy, at the very moment of its enunciation in language. In identifying these tensions in concrete contexts is essential for grasping how individual people and broader communities interconnect with larger historical processes in order to recreate a future.“ (Alejandro Castillejo Cuéllar)

Paul Christoph Bornkamm, senior research fellow at Humboldt University, and Christian Tomuschat, emeritus professor of Public International Law and European Law at Humboldt University, have agreed to serve as commentators. Professor Tomuschat is a former member of the UN Human Rights Committee and the UN’s International Law Commission; he chaired the UN-sponsored Historical Clarification Commission (CEH), after the conclusion of peace accords between the Guatemalan government and the guerrillas in December 1996, which worked to investigate human rights abuses committed during the Guatemalan Civil War. Paul Bornkamm has taught and worked on national and international criminal law as well as transitional justice in Germany and South Africa; his doctoral dissertation on Rwanda’s Gacaca Courts is about to be published with OUP.

We look forward to a lively debate!