The deliberations on the Digital Services Act (DSA) are taking a worrying turn. In the European Parliament’s struggle to reach a common negotiating position, rapporteur Christel Schaldemose is proposing that authorities be allowed to order the complete blocking of online platforms, according to Der Tagesspiegel. Website blocking is already controversial when it is used as a last resort against websites that consist predominantly of illegal content. The current proposal, however, eclipses anything that has gone before, because it envisages website blocking not as ultima ratio, but as an interim measure. The ratio of legal to illegal content on a platform is irrelevant – instead, authorities should be able to order the blocking of a platform if its operator repeatedly infringes its obligations under the DSA. This ill-conceived proposal contravenes the system of sanctions in the DSA and is incompatible with fundamental rights.

One goal of the DSA is to bind large technology corporations to the common good. Although the bill defines rules for all intermediaries, from Internet access providers to non-commercial discussion forums, an entire chapter is devoted to „Very Large Online Platforms“ (VLOPs), i.e., platforms with a wide reach of the calibre of Facebook or Amazon. A strong enforcement regime and effective sanctions are needed to ensure that these platforms comply with the new requirements. The EU Commission has learned from the problems with the enforcement of the General Data Protection Regulation and has presented an ambitious proposal. However, the possibility of taking platforms offline entirely without a court order has not been included so far – presumably also due to fundamental rights considerations.

Against this background, it may initially seem understandable that the European Parliament’s rapporteur has apparently combed through the existing Internet regulation and copied the toughest sanction instruments available into the DSA. Her website blocking proposal is lifted practically verbatim from EU Regulation 2017/2394 on cooperation between national authorities responsible for the enforcement of consumer protection laws. Already in this context, the introduction of website blocking was a mistake: while it is only used as ultima ratio to prevent serious harm to collective consumer interests (for example, when a website sells life-threatening products), the introduction of website blocking always raises desires to apply it to other situations.

Precisely this fear is now being realized by the guileless transfer of this sanction from consumer protection law to the DSA: what was originally intended as a last resort measure against websites offering illegal, dangerous products is now mutating into a sanction for simple violations by operators of platform that may not host illegal content at all. As soon as a platform operator repeatedly violates transparency obligations or continuously fails to appoint a legal representative in the EU, supervisory authorities can order a complete platform block. The potential for abuse is immense. If the Parliament takes up this proposal, it will be on a collision course with CJEU and ECtHR case law.

The rapporteur’s compromise proposal expands the applicability and the legal consequences of provisional measures under Art. 41 and 55 DSA. The competent authorities, i.e., the national DSA supervisory authorities, the so-called „Digital Services Coordinators“ (DSCs) and the Commission, should no longer be able to take interim measures only to prevent the risk of serious harm, but also in the event of repeated violations of DSA regulations. The text thus adds a repressive component to the scope of what were supposed to be interim measures. Accordingly, the interim measures can no longer be imposed only to avert imminent danger, but also to punish repeated violations.

This expansion of the applicability of interim measures is accompanied by the introduction of a (non-exhaustive) list of possible measures on the legal consequences side – all of which amount to the imposition of website blocking. Art. 41 and 55 DSA allow the DSA supervisory authorities to access third parties, such as Internet access providers, hosting providers and domain registries, to take websites and apps of the platforms offline. To do this, the supervisory authorities can explicitly order the blocking of individual domains by Internet access providers (in Germany, for example, Telekom, Vodafone, or 1&1) or have them redirected to a website of the authority. Major German Internet access providers already voluntarily implement network blocks against supposedly structurally copyright-infringing websites in a similar fashion within the framework of the „Clearing House for Copyright on the Internet“ (CUII). We have already raised constitutional concerns against this form of private law enforcement here.

The compromise proposal goes further and allows DSA supervisory authorities to order registries and registrars to block websites. Registries and registrars manage the mapping of domain names to numeric IP addresses. If a registry or registrar removes the link between domain and IP address, a website is no longer accessible to anyone under its name. Thus, this measure is not limited to Internet access providers in a particular jurisdiction, but has a global impact. The compromise proposal also allows the use of hosting providers. In addition to website blocking, the supervisory authorities can thus also order the removal of apps from the respective app stores, for example.

The compromise proposal thus transforms what was originally a purely preventive, interim measure into a preventive-repressive super instrument. The text does not narrow it down to specific violations, so DSA regulators could take the platforms offline completely and for an unspecified period of time for any repeated violations. The short-lived Facebook outage on October 4, 2021, when Facebook’s services were unavailable for a few hours, shows how severe these measures are for platforms and users alike.

This highlights the most serious flaw of the proposal: The interim measures do not only affect the platforms, but also their users. The catalogue of final sanction measures in Art. 41 DSA has so far managed without this collateral damage. The injunctive powers in Art. 41 para. 2 lit. a-e DSA are directly directed against the platforms and can be enforced by means of administrative fines and periodic penalty payments. In the event of violations by the platforms, the platforms themselves are thus held accountable, without this having any consequences for lawful uses. Website blocking, on the other hand, affects all users of a platform and the entire spectrum of their interests protected by fundamental rights. Blocking always affects a website as a whole. If the DSA supervisory authority orders the blocking of a social network because it repeatedly fails to delete illegal content, the blocking affects not only the content that gave rise to the intervention, but also all lawful content on the social network’s website. State-ordered website blocking represents a particularly serious encroachment on the fundamental rights of platform users.

For this reason, according to the case law of the CJEU and the ECtHR, website blocks are only compatible with the fundamental right of Internet users to freedom of expression and information under Article 11 of the EU Charter of Fundamental Rights (CFR) and Article 10 of the European Convention on Human Rights (ECHR) under strict conditions. In the UPC Telekabel decision, the CJEU clarified that website blocking must be strictly targeted with regard to the freedom of information of Internet users, i.e. users must not be unnecessarily denied the opportunity to access lawful information (para. 63). This criterion may be fulfilled in the case of illegal streaming websites (in UPC Telekabel, the blocking of kino.to was at issue) – but in the case of platforms that predominantly serve legal purposes, these measures can hardly be considered targeted.

Comparable to the ban of a newspaper or a TV station

Moreover, Articles 41 and 55 of the DSA are not about blocking simple websites, but about blocking access to platforms such as social networks that are of paramount importance for participation in public discourse. Accordingly, in four 2020 Chamber decisions on website blocking in Russia, the ECtHR emphasized the importance of freedom of expression on the Internet and ruled that the respective blocking violated Article 10 ECHR. Blocking entire websites was an „extreme measure“ comparable to „banning a newspaper or a television station“ (ECtHR, Application no. 10795/14 – Kharitonov v Russia, para. 38). Blocking measures that indiscriminately hit lawful content as a side effect constituted an arbitrary interference with freedom of expression and information. The ECtHR ruled in all cases that this interference was not compatible with Article 10 ECHR due to the sweeping nature of the respective blocking measure.

The complete suspension of access to platforms due to individual breaches of duty under Articles 41 and 55 DSA still goes far beyond the cases decided by the ECtHR. The importance of access to platforms for freedom of expression and information can hardly be overstated. Complete blocking of access not only affects indiscriminately all lawful content, it completely nullifies the function of platforms as public forums. The measures under Articles 41 and 55 of the DSA represent a superlative of website blocking, behind which the „extreme measures“ on which the ECtHR ruled still fall well short.

It is astonishing that the compromise draft does not provide for any procedural safeguards; neither is a judicial decision required for the order, nor do those affected by the network blocks have an effective legal remedy. The compromise proposal thus ignores the clear requirements of the ECJ and the ECtHR, which emphasize the need for procedural safeguards in view of the seriousness of the interference. Effective judicial remedies for affected users are a prerequisite for the compatibility of website blocking with Article 11 of the CFR, according to the CJEU’s decision in UPC Telekabel, while the ECtHR requires further safeguards, including that the measures be ordered by a court or other independent body that grants the affected persons a fair hearing (ECtHR, Application no. 10795/14 – Kharitonov v Russia, para. 43). The legal basis for ordering website blocking must, among other things, be clear and predictable, provide protection against arbitrary decisions, and limit the discretion of the authorities (ECtHR, Application no. 10795/14 – Kharitonov v Russia, para. 38 ff).

Articles 41 and 55 of the DSA lack all of these safeguards. Users are not involved in the procedure under Articles 41 and 55 of the DSA, and they have no legal protection against the implementation of blocking by hosting providers, internet access providers or registries. Art. 55 DSA does provide that orders against very large online platforms must be issued „in accordance with the fundamental rights of the Charter“. Given the fundamental rights obligations of EU and national authorities, this wording is purely declaratory. It does not actually increase the predictability of orders or limit the discretion of the DSA supervisory authorities.

The rapporteur’s proposal that supervisory authorities can impose network blocks on platforms as a provisional measure is ill-conceived and incompatible with fundamental rights. While we are sympathetic to the call for tough sanctions to make platform companies comply with European laws, legislators must not lose sight of the real goal over this desire – to create a legal framework for the Internet that promotes the exercise of fundamental rights and free, democratic discourse. Those who equip regulators with the nuclear option of complete platform blocking without a court order do a disservice to this goal. It is to be hoped that the absurdity of this demand will become clear to the negotiating parties in the European Parliament and that this compromise draft will quickly disappear back into the drawer. 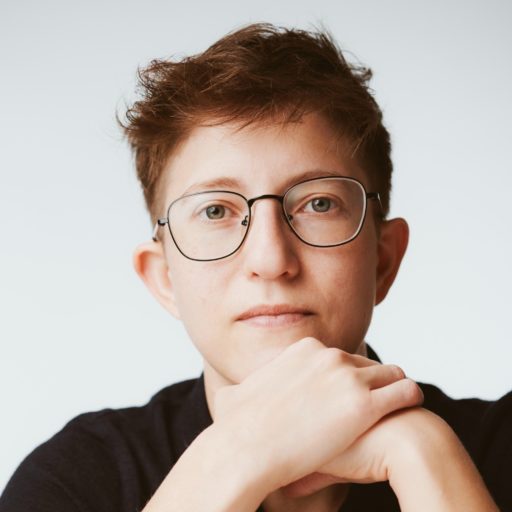 Felix Reda Felix Reda (he/they) is the head of the control © project at the civil rights NGO Gesellschaft für Freiheitsrechte (GFF) in Berlin. From 2014 to 2019 he was a Member of the European Parliament, focussing on copyright reform. ORCiD >> 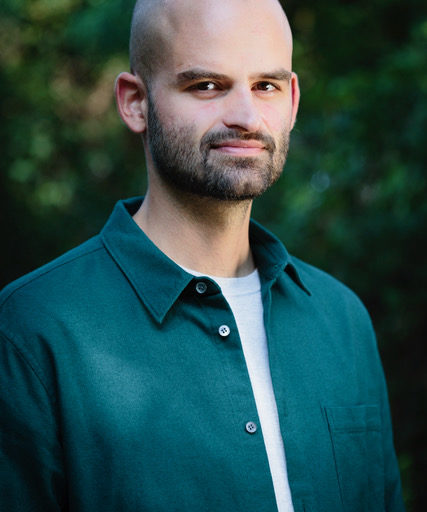