Law must be enforceable

The Court of Justice of the European Union (CJEU) ruled on 01.08.2022 that administrative decisions refusing family reunification requested under Regulation (EU) No. 604/2013 (Dublin III Regulation) must be open to judicial review with a legal remedy. The decision had been long awaited. The Court had already strengthened the position of protection seekers in previous judgments and ruled that the Dublin III Regulation provides for subjective rights that can be claimed (e.g. here or here). For family reunification, this had been doubted in part because the relevant Art. 27 only provides for a legal remedy “against”, not “for” a transfer decision. The CJEU clearly rejects this view and emphasizes that administrative decisions must generally be subject to judicial review, which is a requirement of EU primary law. This outcome is a decisive hindrance to the EU Commission’s plans to significantly reduce the number of legal remedies in the revised EU legislation.

1. Family Unity within the Framework of the Dublin III Regulation

Articles 8-10, 16, and 17 (2) Dublin III Regulation contain provisions on family reunification, indicating the responsibility for the asylum procedure of applicants of the EU Member State in which family members – in case of unaccompanied minors also relatives and siblings – are already located. In this context, the criteria impose different requirements on the residence status. The Member State in which the applicant is present (requesting Member State) sends a request to the Member State in which family members, relatives or siblings are legally present to take charge of the person for conducting the asylum procedure (Art. 21 et seq.). If accepted (either explicitly or by implicitly by missing the deadline to respond), the applicant must be transferred to the Member State responsible within six months. If the request is rejected, the applicant must undergo the asylum procedure in the requesting state and remains separated from family members. The Dublin III Regulation does not expressis verbis provide for legal action against such a rejection, but only against a transfer decision (Art. 26, 27(1)). Regulation (EU) No. 118/2014 (Dublin Implementing Regulation) merely foresees resubmission of the request by the requesting state to obtain an acceptance of the requested state’s own responsibility. However, if the request is rejected again, no further enforcement mechanisms are explicitly available in writing.

Due to the high value of family unity and the best interest of the child within the Dublin III Regulation (Recitals 13, 14, Art. 6), in conjunction with Art. 47 Charter of Fundamental Rights of the EU (CFR), the vast majority of German administrative courts have assumed the justiciability of rejections by Germany and thus allowed for judicial review (overview here). In contrast, France, Sweden, and Austria have completely rejected subjective rights and thus the existence of a legal remedy.

The decision of the CJEU is based on a case in which Greece requested the Netherlands – where the applicant’s uncle resides – to take charge of an unaccompanied minor. Following a final rejection by the Dutch authorities, the responsible court referred the case to the CJEU for preliminary ruling. The question was whether, in conjunction with Art. 47 CFR, Art. 27(1) Dublin III Regulation is to be interpreted as obliging the Member State which received a request based on Art. 8(2) of that Regulation, to grant the unaccompanied minor or his/her relative a right to a judicial remedy against the decision rejecting the take-charge request. If this is not the case, would such a right to a judicial remedy be conferred directly by Art. 47 CFR in conjunction with Art. 7 and Art. 24(2) thereof.

The Court first points out that any person whose rights or freedoms guaranteed by Union law are violated has the right to an effective remedy under Art. 47 CFR. Referring to its previous case law, it clarifies that the legislator did not merely standardize organizational rules for the relations between the Member States in the procedure within the framework of the Dublin III Regulation, but rather also wanted asylum seekers to participate in the procedure. There would be a risk of losing practical effectiveness (effet utile) if the possibility of judicial review of the rejections of requests to take charge within the framework of the family unit-related criteria did not exist. A distinction according to whether a transfer decision has already been issued – in which case there is an appeal pursuant to Art. 27(1) Dublin III Regulation – or whether the requested Member State has rejected the request is not justified. In both cases, it must be possible to appeal against the violation of rights in accordance with Art. 47(1) CFR. In addition, the Court explicitly refers to the Member States’ obligation under Art. 19(1)(2) TEU to provide effective legal remedies so that effective legal protection is possible within the EU. Once again, the Court reinforces the importance of Art. 47 CFR and clarifies the need for judicial review of the application of Union law by the Member States. In this regard, the Advocate General also explicitly clarified in his opinion that the application of EU law should not be left to the mere discretion of the Member States, but that Art. 47 requires judicial review. In other words: even if EU secondary law does not explicitly provide for a remedy, such already arises from the CFR and the TEU. The Court clarifies the importance and significance of the best interests of the child as well as family unity, per Arts. 7, 24 CFR, which are also relevant in the question of a legal remedy. At the same time, it states that in the context of Art. 8(2) Dublin III Regulation, which is pertinent to the decision, Art. 7 and 24 CFR do not „confer […] any rights on which [the relative] could rely in legal proceedings” against rejected family reunifications, so that the relative has no legal remedy under Art. 27(1) of the Dublin III Regulation or Art. 47 CFR, but only the applicant him or herself (para. 50). Following this argumentation, one must assume that this does not apply to the nuclear family, who can invoke the rights for family unity under the CFR.

In regard to the exercise of the right to appeal, the Court again clarifies that the strict time limits provided to process asylum applications quickly (rec. 5 of the Dublin III Regulation) cannot stand in the way of the legal protection of applicants, in particular the protection of the special procedural guarantees for unaccompanied minors. It follows from CJEU case law that unaccompanied minors should not be subject to unnecessary delays in the procedure for determining responsibility, which means that they should not in principle be transferred to other Member States. However, Member States are nevertheless obliged to ensure the best interests of the child when determining the Member State responsible, and therefore apply the criteria provided for in this regard (para. 54).

In addition to the question of a legal remedy, the Court rules that a transfer for the purpose of family reunification must serve the best interests of the child, but that there is a presumption that reunification always serves the best interests of the child (para. 47 et seq.). Additionally, the Court defines that the time of the asylum application is decisive for the assessment of the applicant’s minority (Art. 7(2) Dublin III Regulation) and thus age of majority occurring during the procedure after the application has been filed is legally irrelevant (para. 25).

3. The Ruling’s general implications for effective remedies and the Rule of Law in the EU

In the decision, it is evident that the Court makes far-reaching and systematic comments on why an effective legal remedy is needed. The decision is one in a series of case law that explicitly strengthens the protection of individual rights by pointing out the imperative for the functioning of the European legal system. Already in 1974 (rec. 12), the Court found that effective legal remedies against violations of EU law by Member States not only served the strengthening of individual rights, but generally the effective implementation of EU law.

The Court underlines the task of the judicature to act as a check on the executive, to screen the correct implementation of EU legal standards, and Member States’ adherence to the rule of law. Without access to such a check as judicial review there is a risk that EU law will not be implemented correctly and effectively, counter to the fundamental principle of effet utile developed by the Court and essentially to the rule of law. The court constantly reaffirms that the ‘principle of the effective judicial protection of individuals’ rights […] is a general principle of EU law’ (para. 35), underlining that it is irrespective of its codification in the individual occasion but a superordinate tenet. Art. 47 CFR was – in the drafting process (para. 34 et seq.) – explicitly based on the case law already developed by the Court. Hence: according to the Court’s understanding, on which EU primary law is based, an effective remedy and judicial review is needed to protect the individual, but also for the Union itself, to constantly reassure the functioning of the system and the rule of law.

Having these findings in mind, the EU Commission is actively working towards a European asylum system that puts the individual aside and makes the person not a subject, but a mere object to administrative proceedings. The proposed ‘Regulation on Asylum and Migration Management‘ limits the availability of remedies to take-back scenarios and certain specified circumstances, such as a possible violation of Art. 4 CFR (Art. 33). The ‘Screening Regulation‘ introduces invasive measures and predetermines the asylum procedure – but does not foresee any remedy. The ‘Provisional Agreement’ reached on the recast of the Reception Conditions Directive introduces administrative decisions that are not appealable (Art. 25 provides for an exhaustive list of remedies). It has been established elsewhere that the ‘New Pact on Migration and Asylum’ contains many supposedly modern elements on monitoring compliance, “but surprisingly few instruments that are traditionally the most pertinent when it comes to fundamental rights protection: judicial remedies”. Without being overly critical, the Pact is primarily designed to carry out procedures quickly and at the border, often under detention conditions. It has become clear from the implementation of so-called EU Hotspots and the border procedure that this design makes access to effective legal protection almost impossible, regardless of whether such protection is codified or not. According to the Fundamental Rights Agency of the EU, it “creates fundamental rights challenges that appear almost unsurmountable”. There is an ‘implementation deficit’, no matter how progressive law may be. Indeed, the European Court of Human Rights has consistently emphasized that a remedy must be “effective in practice and in law”. FRONTEX is “one of the major players in European external border management” but holding it accountable for its actions is barely possible. And after all this, it has not even been mentioned that the European jurisdiction, namely the CJEU, is almost impossible to reach. The request for preliminary rulings (Art. 267 TFEU) must be addressed by the Member States’ courts – a Greek court, for example, has never made use of it in asylum related proceedings.

The Commission paves the path from the ‘Area of Freedom, Security and Justice’ to the area of unbridled security of the external borders by all means. This is not only throwing humanitarian and progressive refugee protection overboard and degrading legal subjects to mere objects of state action, but also undermining the EU as a community of law and the rule of law as such. The CJEU has now recalled this in a welcome way – and should be heard beyond the special constellation that will ensure the reunification of hundreds of families.

DOWNLOAD PDF
LICENSED UNDER CC BY SA
SUGGESTED CITATION  Pertsch, Anne; Nestler, Robert: Law must be enforceable: Why the CJEU confirms Remedies for Family Reunification within the EU and what it implies, VerfBlog, 2022/8/10, https://verfassungsblog.de/enforceable/, DOI: 10.17176/20220810-181839-0. 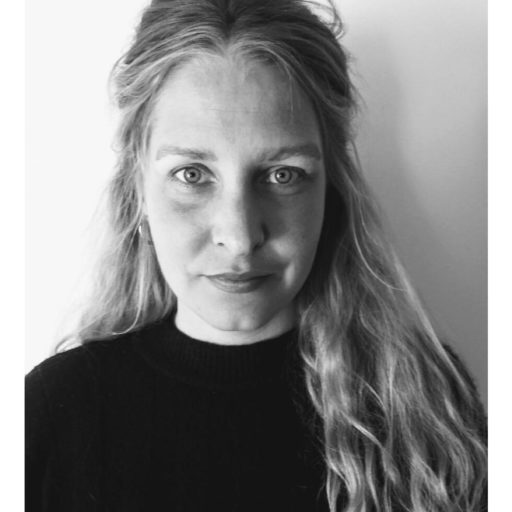 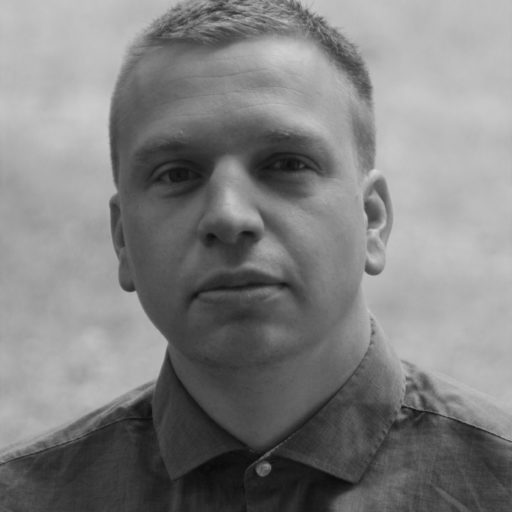