The result of Brexit referendum has revealed certain difficult truths about our nation.    England is an unhappy country.  The vote shows that the English are politically riven in terms of class, educational level, age, and (non-)metropolitan status.  It has revealed what was for so long obvious; that London is not in, or of, England.  It is an international(ist) city- state whose politics and economy and outlook are wholly different from the nation whose capital it nominally is.   And Scotland is another country; they do things differently there.

One thing is clear, however:  the result of the referendum has to be respected and acted upon by all our politicians.    That is what living in a democracy means.    So let us end this talk of a second Brexit referendum, or these calls on our MPs to refuse to implement the will of the people on the Brechtian grounds (in his poem Die Lösung) that “the people has forfeited the confidence of the government”.

Brecht’s poem concludes “ would it not be easier in that case for the government to dissolve the people and elect another?”.     But it seems to me that the result of the Brexit referendum has done exactly that.     It has revealed that there is not one demos, one people, within the United Kingdom.  There are instead peoples, demoi.  The British people has been dissolved.

The referendum has revealed radically different visions about our European future and place in the world between Scotland (and Northern Ireland) on the one hand, and England and Wales (excluding London) on the other.   Respecting democracy on this basis means respecting the decision of the people of England and Wales no longer to be citizens of a member State of the European Union.   Equally, however, respect for democracy means honouring the expressed wish of the people of Scotland (and Northern Ireland) to remain as full participant citizens in the supranational polity that is the EU.

So rather than arguing over when and how Article 50 TEU might be activated and by whom, or whether the two year clock ticking for exit can be stopped once started, we need as responsible citizens in a democracy to face up in good faith to what many of us regard as an appalling result, and coalesce around pressing for the quickest possible conclusion of the least worst option which still respects the actual referendum result.

The Brexit referendum has given no mandate or guidance as to what our future relationship might be with Europe.  The best and cleanest way to respect the referendum result (both in the fact that a majority voted to leave the EU but that a large minority voted for no change) would be to seek the minimum possible change compatible with the UK no longer being a Member State.  This minimal change means, in my view, joining Norway, Iceland and Liechtenstein in the European Economic Area (EEA).   The EEA Agreement was concluded in 1993 and looks remarkably like the Treaty of Rome prior to its amendment by the 1992 Maastricht Treaty, which first brought Tory Euro-scepticism to the fore.  Article 1 EEA states

(a) the free movement of goods;

(b) the free movement of persons;

(c) the free movement of services;

(d) the free movement of capital;

(e) the setting up of a system ensuring that competition is not distorted and that the rules thereon are equally respected; as well as

(f) closer cooperation in other fields, such as research and development, the environment, education and social policy.

The case law of the Court of Justice on those provisions of the EU Treaties and secondary EU legislation which are “identical in substance to corresponding rules” of the EEA Agreement are binding, but only up until the date of the signature of the original EEA Agreement: Article 6 EEA.   What this means is that the acquis communautaire of the Court of Justice prior to the development of EU citizenship rights binds, but that the CJEU has no general continuing jurisdiction in relation to the interpretation of the EEA Agreement.

The EEA States have their own institutions to police the EEA Agreement: instead of the Commission there is the EFTA Surveillance Authority; instead of the CJEU there is the EFTA Court; and there is no role for the European Parliament.   There is provision for inter-governmental co-operation with the EU in the form of the EEA Council (which consists of the members of the EU Council and members of the European Commission, and of one member of the Government of each of the EEA States) and the EEA Joint Committee (which consist of representatives of the Contracting Parties and which take decisions by agreement between the EU, on the one hand, and the EEA States “speaking with one voice” on the other”).

England’s current difficulty is that it has no leader, a fundamentally divided populace and no mandate as to what any future relationship might be sought from the EU.   Given that membership of the EEA guarantees free movement of workers and the self-employed it might be thought to go against the anti-migration sentiments which appeared to have fuelled much of the vote in favour Brexit south of the Border.

Scotland, however, has a First Minister who is undoubtedly in charge of her party, a population which was remarkably united in the referendum, and a clear mandate from the referendum to the effect that Scotland wants to stay in the EU.

In the next three months or so while the Tory party seeks a new leader and England goes into meltdown in trying to gauge what so ailed the country, Nicola Sturgeon has an opportunity now to forge strong positive links across Europe and among the big players within the EU institutions to push the idea that what has happened is not that the UK as a whole has voted to leave the EU but that England and Wales voted to secede from the Union (both British and European) leaving Scotland (possibly in confederation with Northern Ireland) as the faithful remnant ready and able to maintain their EU membership which needs only to be slightly re-jigged, but not fundamentally altered, to take account of England’s and Wales’ secessions.

Ultimately, if Scotland does persuade the rest of the EU round on this, and Nicola Sturgeon can negotiate a package in principle for Scotland (whether or not with Northern Ireland) being regarded as the continuing UK for EU law purposes, then she can present this package to the Scottish people to be voted on in the second Scottish Independence Referendum (the Scotland Act 1998 would have to be amended by Westminster to allow this to take place lawfully, rather than by UDI).    If she wins that referendum, Scotland gets a soft transition involving ending the British Union but maintaining the European Union, while England is left to wrestle its nationalist demons unencumbered by its northern Celtic fringe of which it knew increasingly little and cared ever less.

Interestingly Article 121(a) EEA states that

The Helsinki Treaty of 1962 states in its preamble that “the Governments of Denmark, Finland, Iceland, Norway and Sweden, desir[e] to promote and strengthen the close ties existing between the Nordic peoples in matters of culture, and of legal and social philosophy, and to extend the scale of co-operation between the Nordic countries; [and] desir[e] to attain uniformity of regulation throughout the Nordic countries in as many respects as possible.”  Its terms were most recently updated at 1995 and now contain the following provisions, among others, on Nordic co-operation:

The High Contracting Parties shall endeavour to maintain and develop further co-operation between the Nordic countries in the legal, cultural, social and  economic fields, as well as in those of transport and communications and environmental protection.  The High Contracting Parties should hold joint consultations on matters of common interest which are dealt with by European and other international organisations and conferences.

In the drafting of laws and regulations in any of the Nordic countries, citizens of all the other Nordic countries shall be treated equally with the citizens of the aforementioned country. This shall apply within all those areas falling within the jurisdiction of the Treaty of Co-operation.

Exceptions to the first paragraph may, however, be made if a requirement of citizenship is constitutionally stipulated, or is necessary because of other international obligations or is otherwise deemed necessary for particular reasons.

The High Contracting Parties shall endeavour to facilitate the acquisition by citizens of one Nordic country of citizenship in another Nordic country.

The High Contracting Parties shall continue their co-operation in the field of law with the aim of attaining the greatest possible uniformity in the field of private law.

The High Contracting Parties should seek to establish uniform rules relating to criminal offences and the penalties for such offences.

With regard to criminal offences committed in one of the Nordic countries, it shall, as far as circumstances allow, be possible to investigate and prosecute the offence in another Nordic country.

The High Contracting Parties shall seek to achieve a co-ordination of legislation in such areas, other than the aforementioned, as are considered appropriate.

Each High Contracting Party should endeavour to ensure the implementation of regulations to allow decisions by a court of law or other public authority in another Nordic country to be executed also in the territory of the said Party.

If England and Wales were to join the EEA but Scotland (and possibly also Northern Ireland) were to remain within the EU, the Nordic co-operation agreement could also provide a useful template for a co-operation agreement to determine future relations between the now independent countries of the former British Isles (or the Anglo-Celtic Archipelago (ACA), as it might usefully henceforth be termed given the need for Ireland’s full participation within it).  On this model, the analogue to Norway within the ACA is England and Wales; Northern Ireland may be seen to be a parallel Iceland; Scotland would map on to Sweden, and the Republic of Ireland to Finland.

This then becomes a positive story from an EU perspective, showing that the Brexit vote result was not because there are fundamental problems with the EU, but because there are fundamental problems with England which may be summed up as “England has a problem with London, and London a problem with England”.   But the Brexit referendum results are respected, with England and Wales joining the EEA and Scotland and Northern Ireland staying within the EU.

Ultimately it could well be in England’s interest to have Scotland remain in the EU to argue by proxy its case and protect our common island interests from within the EU.    The fundamental change in relationship between Scotland and England – which might also  involve Scotland gaining a veto on any future free trade/investment treaties (“mixed agreements”) concluded between the EU and non-EU countries  such as the prospective new independent state of England and Wales- might be good for us all.

Conrad Russell once observed that the fundamental problem with the Treaty of Union was that England would brook no equal and Scotland no superior.   If Scotland stays in the EU then, like, Ireland it might begin to grow up and de-infantilise and lose its readiness to play the exploited victim.  And England will at last, guilt-free, get to be England. The English will truly get their country back, whatever that might turn out to be.

This blog post has previously been published on EUtopiaLaw and is republished here with kind permission. 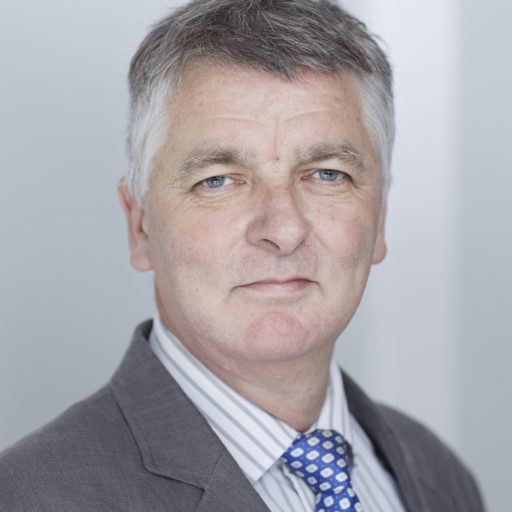 Other posts about this region:
Europa, Vereinigtes Königreich No Comments Join the discussion