„Essential, but not perfect“

„We woke up in a different world,“ Green Foreign Minister Annalena Baerbock stated a few hours after Russia launched its invasion of Ukraine. Baerbock had no illusions about the Russian president. Hence, her words do not bespeak the naiveté some commentators accused her of. During the parliamentary election campaign, only the Greens had demanded that the North Stream 2 pipeline should not start operations. The Party has shed the pro-Russia tendencies of the past, which were primarily fed by anti-American resentment.

Nevertheless, the German government’s change of course in foreign and security policy is an imposition on the party. Last year, Robert Habeck, then party leader of the Greens, had still been sharply criticized when, during a visit to the Ukrainian border, he had brought up the delivery of „defensive weapons“ to Ukraine. This demand had also been raised by Eastern Europe experts of the Greens, including Marieluise Beck, Ralf Fücks, Rebecca Harms and Sergey Lagodinsky. But within the Party, this was often considered hysteria. Even in the first days after the start of the war, the Greens adhered to the principle of not supplying weapons to crisis areas. Now the government is sending bazookas, anti-tank and anti-aircraft missiles to Ukraine.

Rearmament is still an emotive concept for many Greens. Although Baerbock and Habeck had promised during the election campaign to ensure a sound equipment of the German Bundeswehr, the Green election manifesto rejected NATO’s two-percent target as „arbitrary.“ The peace movement is one of the Party’s roots, but ever since their approval of the Kosovo war in 1999, the Greens have not been a thoroughly pacifist party anymore. However, exceeding the NATO-aim and a hundred billion euro budget for the Bundeswehr, is getting too much for some of them.

But there is little public protest in the party. Only a few dozen members of the „Independent Green Left,“ a party base group, wrote a letter to the party leaders calling for a diplomatic solution shortly after Chancellor Olaf Scholz’s government statement announcing the arms deliveries and armament plans for the Bundeswehr. „Whoever supplies weapons now feeds this insane war,“ the letter continues. Other than that, the Party, which usually claims that debate and dispute are part of its DNA, is bearing with the government’s course.

Nevertheless, during Scholz’s declaration, the faces of the members of the Green Party’s parliamentary group revealed how difficult they were finding this “Zeitenwende”. The Greens did stand up after the speech and applauded. But while the chancellor spoke about the billion euros for the Bundeswehr, most of the Greens did not clap, whereas the CDU/CSU were offering standing ovations. Some Green deputies shook their heads, exchanged questioning looks. Especially many new members, who had moved into the German Bundestag with a great deal of idealism, were said to have been „overwhelmed“ by the decisions.

A tweet from Paula Piechotta, a Saxon member of the Bundestag, sums up the overall mood fittingly: „None of what was decided in the Bundestag today is good. It is essential, but not perfect.“ She goes on writing of a „step backward in terms of civilization“ that is unavoidable, „but that one does not have to applaud.“ If you ask Greens how much longer the unity will last, some respond angrily. „Have you noticed what’s going on? The usual poking around is so out,“ wrote Renate Künast, a member of parliament, on Twitter in response to a question from a „Spiegel“ journalist about how the Party’s rank and file viewed the windfall for the Bundeswehr. Behind all this gruffness is the concern that the dispute will erupt when the war in Ukraine loses its drama and the planned rearmament is no longer seen in the direct context with the suffering of the Ukrainian people.

The Green leadership is therefore trying to communicate the new course to the party base. Of course, there are regular reminders of the paint bag that blew up in then foreign minister Joschka Fischer’s face at the Bielefeld party conference in 1999, when he fought for the Party’s support for the NATO mission in Kosovo. That is not supposed to repeat itself. As a governing party, the Greens must convey to their coalition partners and, above all, their international partners that they can be counted on during hard times. A division of work between the members of the federal government and the party leadership is evident in this regard.

Baerbock and Habeck, as part of the federal government, represent the new course to the outside world. The Green foreign minister, who still showed a lot of consideration towards the party’s soul during the election campaign, seems to have freed herself from Green dogmas. She even advocated the delivery of fighter jets to Ukraine. In the plenary debate following Scholz’s government statement, however, it was also apparent that the two Green ministers in some cases set different priorities than the chancellor. Baerbock, for instance, emphasized the importance of development cooperation. Habeck, who has to ensure energy supply, referred to energy independence from Russia as a „question of national security.“ He is linking that with the hope that there will now be broad support for the expansion of renewable energies. „The only forms of energy that do not belong to anyone are solar and wind,“ he said. The idea of fighting both Russia and climate change at the same time is well received by Greens.

Above all, however, it is the task of the leaders of the party and the parliamentary group to work inwardly. There is a clear effort to reconcile even doubting Greens with the new era. The party chairman Omid Nouripour, for instance, took an interesting turn in justifying arms deliveries: The Greens are not in favor despite being a „party of peace,“ but precisely because of it. Because the Greens are the „party of international law,“ they stand by Article 51 of the UN Charter and Ukraine’s right to self-defense, Nouripour said a few days after the announcement of the deliveries. Katja Keul, once a determined opponent of military support for Ukraine, now also relies on the UN Charter and argues that there was no change of opinion among the Greens, but that the “yes” to arms deliveries is a consequence of the war of aggression, which violates international law. It is a question of perspective whether Green policy has turned around or the world has.

„The Greens are the party of international law“

„No new attitude“ is also the conclusion of Irene Mihalic, parliamentary director of the Green parliamentary group. She made clear that the last word has not yet been spoken on Scholz’s announcements, that the Greens in the Bundestag can still have some influence in this regard. In a F.A.Z. interview she called into question whether the hundred billion euros Scholz had promised the Bundeswehr would in fact be spent exclusively on armaments. There is a „comprehensive concept of security,“ she said, which includes energy independence, development cooperation and civil defense.

Ricarda Lang, party leader of the left wing and former spokeswoman for the Green Youth, spoke in favor of better equipping the military, but picked up Green skeptics by criticizing the structures of the Bundeswehr. She said billions in investments must be prevented from being pumped into „non-functioning structures.“ Britta Haßelmann, parliamentary group leader of the Greens, had already issued a warning in the Bundestag debate after Scholz’s government statement: „The decision and the place of debate is here in parliament.“ That was a hint that Scholz must offer the Greens participation in the implementation process of the decisions in order to get their approval.

At the level of the party footing, there is concern about whether many of the other projects of the Greens, especially the fight against the climate crisis, can still be managed in light of the new priorities. What will remain of the „feminist foreign policy“ that is so important to Greens now that military goals are the main focus? How can „forward-looking policies,“ another Green promise, succeed in times of crisis? And above all, how much money is left for managing the energy transition if the Bundeswehr is taking up such large sums?

On this point, top Green politicians are blatantly challenging the FDP to jump over its own shadow, namely by abandoning the national debt brake. Jürgen Trittin, party leftist and foreign policy spokesman for the parliamentary group, said in an interview with „Der Spiegel“ that the special fund for armaments was „in fact an authorization for debt”. Green Party parliamentary group leader Katharina Dröge told the „Handelsblatt“ that in view of the current emergency, „no one can seriously predict whether the debt brake can be adhered to next year.“

Faced with a fait accompli

It was not only Scholz’s announcements that caused unease among Greens, but also the chancellor’s dealings with parliament. The members of parliament, including those of the government parties, were presented with a fait accompli by Scholz. Usually, the Greens are particularly sensitive here. In the last legislative period, they had sharply criticized the fact that the important decisions in the pandemic were made by the Minister Presidents of the Länder and had asked vehemently for strengthening parliament. They no longer wanted to accept the justification that the crisis was the hour of the executive. And they are back in that role again.

Shortly before the session of the Bundestag, the Greens had met for a virtual parliamentary group meeting. They had talked about the situation in Ukraine and the government’s plan to supply weapons to Ukraine. The Chancellor’s Office had let them know about this the night before. They did not have any further details, nor did the leaders of the party or of the parliamentary group. They had only heard about the special fund for the Bundeswehr from Scholz himself. His speech had been sent to the Green members of parliament only a few minutes before the meeting began.

Only Habeck and Baerbock are said to have been better informed. Scholz had talked to both of them on the phone in advance: first with Habeck, the vice chancellor, whom Scholz, himself a long-time vice chancellor, prioritized, and only afterwards with Baerbock. There are reports that these talks were also about the special fund. Others deny this, but it is not really credible. It seems more plausible that this was a way to avoid trouble within the party: The Greens, with their bottom up democratic understanding, react particularly sensitively if the top does not share information. This shows that the war in Ukraine is not only putting the Greens to the test because of the difficult operational decisions that are before them. It also forces them to make adjustments to their internal order. It is apparent that in a situation like this not everyone can have a say in all decisions. But now the Greens start to see that no one except two ministers can have a say, and the rest do not have much choice but to accept their decisions – or better: publicly support them. One could say that in times of crisis, top-down also applies to the Greens.

When Habeck swore in the Greens to govern during the vote on the coalition agreement last fall, he said that it was an „irony of history“ if the party, which expects so much of others, was not willing to expect something of itself. At their party conference in late January, the Greens discussed raising the quorum for motions – which many members see as an attack on the party’s democratic order. Back then, the outgoing chairman Habeck said that it was now time to „grow up.“ The war in Ukraine has significantly accelerated this process.

DOWNLOAD PDF
LICENSED UNDER CC BY SA
SUGGESTED CITATION  Bubrowski, Helene: „Essential, but not perfect“: The German government's change of course in foreign and security policy is an imposition for the Green Party, VerfBlog, 2022/3/21, https://verfassungsblog.de/essential-but-not-perfect/, DOI: 10.17176/20220331-011137-0. 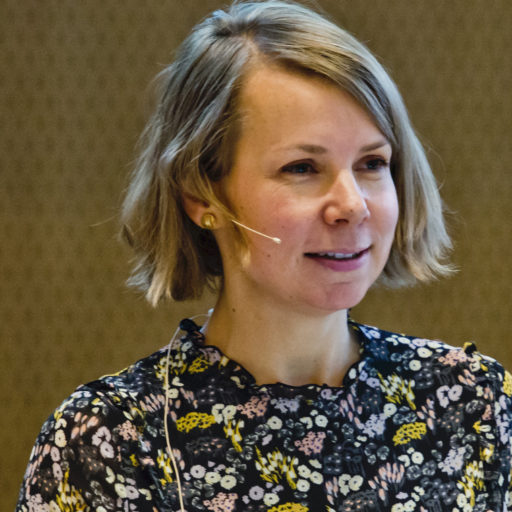