Since the early 1980s, my citizenship has changed four times due to multiple disintegrations of the former Yugoslav states. Over the past twenty years, I have lived as a third-country national (TCN) in five European Union (EU) Member States. Hence, as a person whose life has been a rollercoaster ride through different experiences of citizenship and residence, I would be most happy if Dora Kostakopoulou’s vision of an autonomous EU citizenship came into being. However, there are two key normative and practical pitfalls of her proposal. First, the decoupling of statuses that she proposes poses the risk of ‘free riding’ on EU citizenship rights for those who had, at some point enjoyed, and then lost, this status. Second, having in mind the different definitions of residence across the Member States, linking the acquisition of EU citizenship to this status is like putting a roof on a house with uneven walls.

The risk of the free-riding exes

Taking note of the evolving practice of the Court of Justice in the domain of nationality and citizenship, Kostakopoulou maintains that the bond between EU citizens and the EU is a direct one. EU citizens enjoy rights that derive directly from the Treaties and are not contingent on the approval of other Member States. They would also not vanish in the absence of an EU nationality.

Perhaps my scepticism is rooted in my personal experience of what happens to citizenship rights when states fall apart, but Kostakopoulou seems to somewhat neglect that rights cannot exist in and of themselves. They are premised on membership in a collective of some kind. From the more universal human rights norms, to the specific ones enjoyed by groups or individuals – the claim to rights is inextricable from belonging to a category that shares some common characteristics or patterns of behaviour. Those characteristics are stipulated in legislation and serve to attribute status and delineate the relationship between the holders of that status and rights that it bestows upon them.

Decoupling the two so that the loss of “a Member State nationality would not automatically result in the forfeiture of Union citizenship” is problematic as it would delegitimise the very existence of the EU as a voluntary association of states. There are different ways in which the loss of EU citizenship can happen, but for the sake of the argument let’s just focus on the withdrawal of the country from the Union. In a scenario in which seven, eight, or more Member States decided to leave the EU, the nature of the political community that is the source of rights would be substantially altered. This could potentially result in ‘free-riding’ on rights of EU citizenship by the exiting states. In the absence of some sort of an alternative political membership (which she does not propose), there would be a risk of further fragmentation.

There are major differences between those who have at some point had EU citizenship and those who had never enjoyed this status. In proposing modification to Article 20 TFEU that would be applicable to TCNs, Kostakopoulou deliberately leaves the definition of ‘every person … declared as an EU citizen’ vague. However, she implies that this may mean an individual domiciled in the EU territory or a long-term resident. The acquisition of EU citizenship would not be subject to any conditions bar residence (of five years) in a Member State and a clean criminal record. There is a core contradiction in this approach. As much as Kostakopoulou advocates for an independent EU citizenship, she still makes it conditional upon status (of a resident)in an EU Member State.

Definitions of residence, domicile and the related rights, as well as the conditions for the acquisition of the long-term resident status, vary significantly across countries and types of permits. Having this in mind, Kostakopoulou’s argument remains unclear as to her understanding of ‘five year periods’ of lawful and uninterrupted residence. The latter means different things for students, workers, refugees, diplomatic personnel, or investors.

To give you an example – I have held the national residence permit (study) in Bulgaria for 4 years, in the Netherlands for 6 months, a Tier 4 (student) visa in the UK for four years and a Tier 2 (work permit) in this country for further 18 months. Since 2011, as an employee at the EUI (international organisation), I hold an ID card issued by the Italian Foreign Ministry, which is incompatible with national residence. The latter means that even though I have been uninterruptedly and lawfully present in the state for almost eight years, I am unable to access the status of a long-term resident since the kind permit that I have is excluded under article 3(2)f of the 2003 Directive.

This means that ‘five year periods’ have different meanings for different categories of permit holders within and across Member States. For instance, to maintain his or her resident status, an investor in Portugal needs to provide evidence of stay in the country for 7 days in the first year and 14 days in the subsequent two-year periods. To be able to do the same, a work permit holder must not be absent for more than 6 consecutive months within a year. By contrast, an investor in France may retain residence in that country while living abroad only if he or she exercises a private or public professional activity on behalf of the French state.

Further to this, we should bear in mind that acquiring permanent residence or domicile, proposed by Kostakopoulou as potential access points to EU citizenship for TCNs is commonly accompanied by civic integration tests, language, financial or other conditions. Each of these conditions (when applied) is defined by national authorities. This reflects the plethora of approaches to statuses and rights across the EU. And perhaps before putting the roof on the house and thinking about EU citizenship, we should check that the walls we are putting it on are commensurable. Otherwise, it won’t hold.

Given my personal circumstances, I cannot but wholeheartedly support the desire to one day see a Europe of citizens, an egalitarian society, a community in which Union-wide rights would not be determined by a necessary association to one of its Member States. However, Kostakopolou’s argument for Eurozens is not yet sufficiently developed for me to be able to endorse it as a feasible scenario. This does not mean that we should simply dismiss it. Even the EU in its current form was unthinkable back in 1951 or even in 1979. So, let’s keep on dreaming and see what the future has in store for the tale of Eurozenship. 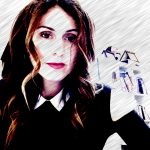 Jelena Dzankic Jelena Dzankic is the coordinator of the GLOBALCIT network (EUDO Citizenship until 2017). Jelena holds a PhD in international studies from the University of Cambridge.