Reflections on M.N. and Others v. Belgium

The decision of the European Court of Human Rights in M.N. and Others v. Belgium will undoubtedly further propel the debate on the scope of extraterritorial state jurisdiction. More importantly, however, it reveals the necessity of addressing the systemic exclusion of refugees from the international legal order.

In August 2016, a couple and their two minor children, refugees from Aleppo (Syria), attempted to obtain short-term visas via the Belgian embassy in Beirut, citing urgent humanitarian reasons. After Belgium rejected their applications, the family appealed to the European Court of Human Rights. They claimed that refusing their visa applications would amount to a violation of the prohibition against torture and inhuman or degrading treatment, amongst others. On 5 May 2020, the Court found that the European Convention on Human Rights does not apply to visa procedures.

In the coming days and weeks, commentators will likely formulate legitimate criticism against the Court’s rationale, point towards its pretty cynical reference to ‘endeavours made by the States Parties to facilitate access to asylum procedures through their embassies and/or consular representation’, and even claim that the interpretation of the Convention followed political pressure. Others will defend the decision, probably arguing that the underlying interpretation is a logical implication of States’ prerogative to control the entry of foreigners.

Either way, the Court’s choice to not ‘shake up the European asylum system’ does not come as a surprise. Yes, it might have decided differently, drawing from other strands within its jurisprudence on the extraterritorial applicability of the Convention. The path it chose, however, is also grounded in existing case-law. Moreover, the Grand Chamber had already made it sufficiently clear – more recently through its judgments in N.D. and N.T. v. Spain and Ilias and Ahmed v. Hungary – that it currently tends to prioritise the immigration control powers of States over the rights of refugees.

What is more important, however: the Court’s decision gives new impetus to a conversation around the significance of the concept of jurisdiction and its interrelationship with the international political order. In refugee and human rights law, jurisdiction functions as a sine qua non. Without jurisdiction, potential rights obligations of States do not arise. Moreover, as the Court has repeatedly affirmed, jurisdiction is primarily territorial. It is only under exceptional circumstances that events outside the territory of States would trigger the application of the Convention.

In M.N. and Others v. Belgium, the Court thus did not substantially address the lawfulness of Belgium’s action or omission. Instead, it ruled it was irrelevant whether denying the applicants a visa would expose them to torture. Its remarks in paragraph 123 of the decision are indeed instructive, revealing the inherently exclusionary conception of Convention rights:

‘The Court made clear in that decision that the mere fact that an applicant brings proceedings in a State Party with which he has no connecting tie cannot suffice to establish that State’s jurisdiction over him […]. The Court considers that to find otherwise would amount to enshrining a near‑universal application of the Convention on the basis of the unilateral choices of any individual, irrespective of where in the world they find themselves, and therefore to create an unlimited obligation on the Contracting States to allow entry to an individual who might be at risk of ill-treatment contrary to the Convention outside their jurisdiction […]. If the fact that a State Party rules on an immigration application is sufficient to bring the individual making the application under its jurisdiction, precisely such an obligation would be created. The individual in question could create a jurisdictional link by submitting an application and thus give rise, in certain scenarios, to an obligation under Article 3 which would not otherwise exist.’

We recall: The applicants are a Syrian family from Aleppo. In the course of their visa applications, they provided proof that ‘they were in a situation of absolute emergency on account of the armed conflict in Syria and, more specifically, the intensive bombardment of Aleppo.’ Moreover, at that time, the vast majority of refugees from Syria who were able to enter the territory of a European country were granted international protection. Lebanon had stopped registering refugees, and borders to Turkey had already been closed. In other words, the family had lost their place in the world. The Court, however, indicates it would be naïve to assume that, therefore, Contracting States should be bound to respect the family’s human rights.

A fundamental flaw in the structure of our political order

The Court’s reasoning – as legally objectionable as it might eventually prove – should thus primarily be viewed as a reflection of a fundamental flaw in how we globally organise the relationship between individuals and political communities. The territorial conception of jurisdiction that the Convention promotes is a direct representation of the structure of our political order. While encompassing developments in international refugee law and human rights law have occurred since the end of the Second World War, we continue to arrange our world based on the territorial sovereignty of states.

Legally speaking, refugees thus become anomalies in a system that views nationality as the principal link between the individual and international law. Having witnessed the disintegration of their countries of origin, and trapped in a territory without access to asylum, refugees de facto – sometimes even de jure – fall outside the pale of the law. Therefore, the claims of refugees are loaded with meaning beyond purely legal questions. Through their presence, they disclose not only their suffering but also the breakdown of order. The European effort of keeping them as far away as possible is thus also an attempt at concealing their inconvenient message.

It is against this backdrop that the fate of those who have not yet reached European territory – those ‘distant claimants’ of humanitarian visas – demands attention. The case before the Court is indeed a striking example of how refugees remain ‘the collateral victims’ of our persistence on the predominance of state sovereignty, as Zygmunt Bauman noted, ‘until such time that we try in earnest to attend to that lag’s institutional, state-based foundations’. Or, in Hannah Arendt’s formulation: ‘[A]s long as mankind is nationally and territorially organized in states, a stateless person is not simply expelled from one country, native or adopted, but from all countries […] which means he is actually expelled from humanity.’

In 1939, Portugal issued a circular to its embassies, stating that Jewish refugees should not receive visas. At that time, thousands of people had fled to Bordeaux and other cities in southern France. The Portuguese Consul of Bordeaux, Aristides de Sousa Mendes, did not comply with the orders of his government but chose to grant visas to more than 30,000 refugees. Judge Pinto de Albuquerque referred to this historic incident in his concurring opinion in the case of Hirsi Jamaa and Others v. Italy from 2012. He added:

‘Had this episode taken place today, the Portuguese diplomat would have acted in full accordance with the standard of protection of the European Convention on Human Rights. Indeed, his action would have been the only acceptable response to those in need of international protection.’

The ECtHR proved him wrong.

Yet, with its decision to disallow the application of the Convention to visa procedures, the Court not only disappointed those who see it as an unwavering defender of human rights. More importantly, it laid bare the naivety of believing in the universality of human rights in a world of disintegrating nation-states – in 1939 as well as in 2020. Let us thus take the Court’s decision as an opportunity to advance a conversation about overcoming the systemic exclusion of refugees from the international order. 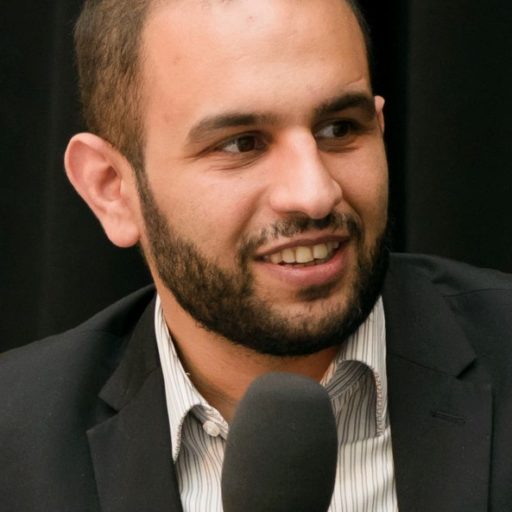