From Climate Change to Artificial Intelligence

The solution to many public dilemmas requires long-term effort by successive generations. Such situation arises whenever the solution to a public dilemma cannot be implemented instantaneously but is dependent on the continuous effort of future governments (and their citizens). Climate change, the risk of giant asteroid impact and AI safety are archetypal examples of problems requiring cross-generational collaboration (Depledge et al., 2022; Gills et al., 2020; Reinhardt et al., 2016; Schmidt, 2018). A key difficulty with these cases is that they generate a cross-generational, collective action dilemma, in which the current generation has an incentive to ‘defect’, imposing on the future generations the costs of dealing with the risks created by the current generation. Solving this cross-temporal dilemma requires a (credible) intergenerational contract that can commit current and future governments to a collaborative course of action. The ability to credibly commit future governments to a certain collaborative action is critical for garnering the political support of the present generation: the prospect that future generations may evade their commitments for short-term benefits may undermine the motivation of the present generation to support policies that require costly sacrifices.

In this post I discuss the problem of securing intergenerational cooperation, focusing on the challenge of designing long-term commitment mechanisms. I will also reflect briefly on the tension between commitment mechanisms and the democratic ideal of citizen sovereignty (allowing each generation to make its own choices) (Vanberg, 2005).  From a functional perspective I will focus on the question of how to design extra-constitutional commitment devices. Although theoretically attractive, constitutional entrenchment suffers from several weaknesses: (a) its realization depends on scarce political capital; (b) it does not provide foolproof protection against future changes; (c) because it is embedded in domestic law, it does not provide an optimal response to problems that transcend national borders; (d) it may be unsuitable for controlling risks situated in the digital universe, such as AI risks (Bostrom et al., 2018; Kovac, 2022; Marino, 2020; Noy et al., 2022).

To provide a roadmap stretching to 2050, climate legislation must commit both current and future generations. The success of climate policy depends on the continued collaboration of successive generations and their governing bodies. If the current generation believes that future generations will fail to meet their obligations, it might refuse to support costly climate policies (causing politicians to stop promoting such policies for fear of losing votes). Climate legislation presents a new type of sub-constitutional entrenchment, which through a web of institutional, parliamentary and regulatory mechanisms, produces a lock-in effect. The importance of climate acts was noted by the recent IPCC report, “Climate Change 2022: Mitigation of Climate Change” (IPCC AR6 WGIII), which emphasized their value as signaling mechanisms that operate as regulatory focal points (IPCC AR6 WGIII, 2022,  ch.13-4). The IPCC report notes that direct climate laws have been passed in 56 countries (of 194 studied), covering 53% of emissions in 2020 (Figure 1).

The credibility of the signals produced by climate acts depends, however, on their institutional structure and on their capacity to impose political costs on future governments that might attempt to evade their commitments (by weakening their regulatory obligations). The climate acts of the UK and New Zealand provide a clear example of such institutional structure. The first aspect of these statutes is the establishment of an independent statutory body, that both advises the government and monitors its actions. In the UK, these functions are carried out by the Climate Change Committee; in New Zealand, by the Climate Change Commission. The autonomy of these bodies allows them to hold the government to account for potential regulatory failures. A second key feature of both acts concerns the establishment of review procedures by Parliament, based on monitoring reports prepared by the climate agencies.1) Although the UK and New Zealand climate watchdogs do not enjoy constitutional protection, and therefore their powers may be weakened or abolished through simple legislative or administrative procedures (e.g., budget cuts or refusal to appoint members), such interventions could have severe political repercussions for the government because of the social capital of these bodies.

For problems that have a global manifestation we need a commitment device that can transcend national borders. The international treaty system, because of its consensual structure, is finding it increasingly difficult to develop long-term solutions to global risks (Krisch, 2021: 270; van Zeben, 2020). Transnational network constitutionalism has evolved in response to the difficulty of the international treaty system to provide long-term solutions to global risks. Transnational network constitutionalism circumvents the difficulties faced by the treaty system by linking together private transnational regulatory agents (PTRs), such as the global compact (GC), carbon disclosure project (CDP), and the Powering Past Coal Alliance (PPCA), establishing a new type of global authority based on network interactions (Perez, 2022). Network authority emerges when the network relations between the PTRs become sufficiently dense, producing a synergistic effect. Each member (regime) of the PTR network forms an independent locus of authority that is realized through the normative texts and compliance framework it produces. The grounding of the PTR network as an authoritative source of law takes place through a three-fold process of self-reference, cross-reference, and external reference: self-reference is realized by the (self) marking the normative texts produced by the PTR as legally binding; cross-reference emerges through cross-citation between PTR standards; and external reference is realized by PTR standards citing treaty instruments (e.g., the climate change and biodiversity conventions). Figure 2, which draws on a forthcoming article with Ofir Stegmann, describes a citation graph of 41 PTRs and 92 treaty instruments (with 472 citations in total) and illustrates this phenomenon. 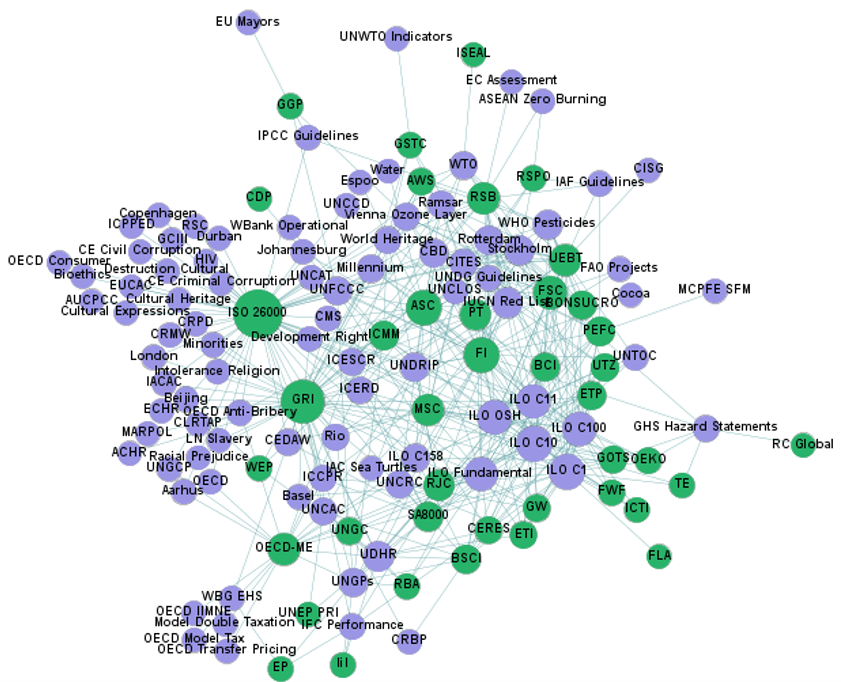 Figure 2: The citation graph of PTR standards and treaty instruments

Network constitutionalism creates a new type of commitment mechanism that allows firms to commit to targets beyond those prescribed by state law. Companies can sign up to PTR standards, such as the  CDP (carbon disclosure), the SA8000 (socially acceptable practices in the workplace), the Equator Principles (risk management framework for financial institutions), or the science-based target (SBTi) Net-Zero Standard. The network embeddedness of these standards both empowers them, by constituting them as global authorities, and constrains their action, by committing them to certain core principles and preventing them from weakening their regulatory framework.

The previous examples of climate statutes and network constitutionalism illustrate how credible, long-term commitments can be produced even without recourse to constitutional law. Yet, neither of these strategies provides an infallible defense against future shirking. The extent to which these alternative mechanisms can constrain future governments depends on the structure and dynamic of the legal institutions underpinning them (e.g., climate commission, PTR organizations). An alternative strategy by which the contingencies of law can be circumvented is to embed the future commitment either in a uniquely designed physical infrastructure (physical constitutionalization) or in a purposefully designed code (algorithmic constitutionalization).

To illustrate the idea of physical constitutionalization, consider the following two examples. The Mayor of Providence, Jorge Elorza, promoted the installation of speed bumps around the city, as part of his „Great Streets Master Plan,“ which sought to „calm traffic and improve pedestrian safety“ (figure 3).2) 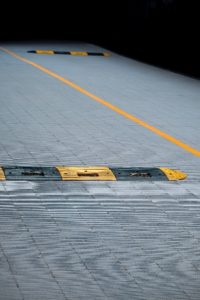 By constructing speed bumps, rather than changing the city ordinances (imposing lower speed limits in particular areas), the mayor has made it more difficult for future mayors to change the policy governing speed. Another example focuses on how a mayor can credibly commit his city to classical music education. Michael Bloomberg, the previous mayor of New York, has adopted a legalistic approach to this challenge, developing rules that required NY schools to teach music, and rated the principals based on their success.3) By contrast, Orange City Council in New South Wales, Australia, has taken a different path, by investing in the construction of a new, purposefully designed, Conservatorium. The mayor of Orange City, Reg Kidd, made it clear that through this investment he sought to commit future generations to his vision regarding classical music education: “This is going to be a building that’s going to be in use for generations, so we want to do the best we can. With more than 1,400 enrolments, this is already one of the biggest education facilities in the city, and this project will ensure there is room for growth into the second half of this century.”4) Whereas future NY mayors can easily change the rules introduced by Michael Bloomberg, abolishing the new conservatorium of Orange City would be much more difficult. The Orange City mayor’s strategy had a much stronger lock-in value.

Algorithmic constitutionalization moves from the realm of the physical to the virtual. It draws on the immutability and autonomous executability of software code to establish credible commitments that stretch into the future.  A good example of how algorithmic lock-in mechanisms may operate in practice is the online platform stickk. stickk helps people bridge the gap between having a goal and achieving it by using a commitment contract, a binding agreement you sign with yourself to ensure that you follow through with your intentions. 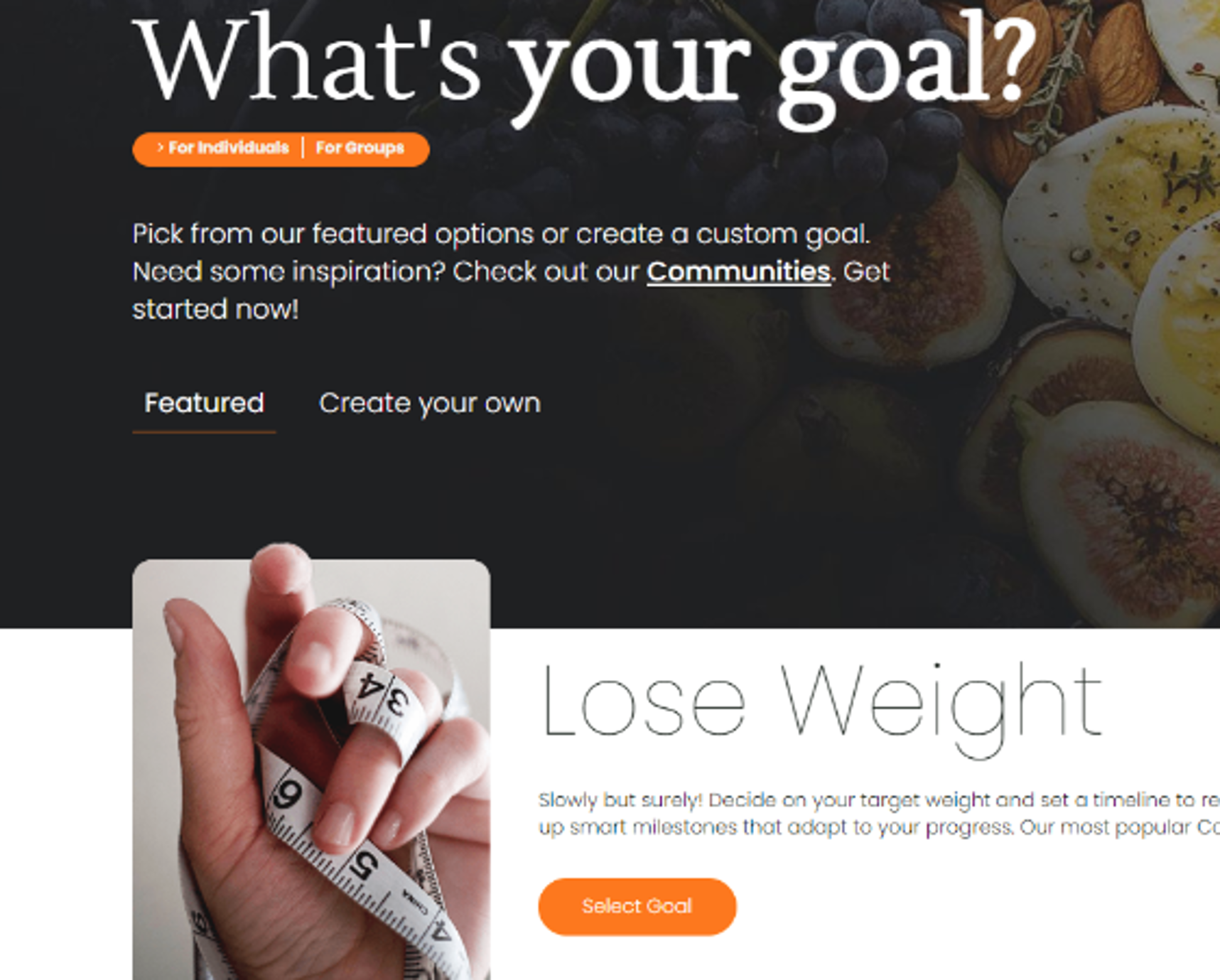 Stickk allows you to set up a financial stake, which is triggered by one of the following three events: (a) if you report that you were unsuccessful; (b) a referee you have nominated reports that you were unsuccessful; or (c) you fail to make a required report. All forfeited stakes are sent to your designated recipient (e.g., your preferred charity). We can imagine a stricter, digitally empowered version of stickk, in which verification takes place through a web of automated sensors relying on internet of things (IOT) technology, and the contract is both non-revocable and digitally executable. Once you enter a contract under this revised version of stickk, you completely lock-in your future self to the obligations included in the contract. The real challenge for algorithmic constitutionalization is to develop immutable defenses against malicious, super-intelligent AI.

The discussion so far was driven by the assumption that lock-in mechanisms can play an important role in securing the cooperation of future generations. But lock-in mechanisms also have a dark side. They can lock us into an inefficient equilibrium (Sydow et al., 2020),5) preserve non-democratic institutions (Armingeon et al., 2008), and introduce automated bias. Further, as noted above, the idea of limiting the choice horizon of future generations is also problematic from the perspective of democratic theory. This problematic imposes two constraints on the development of lock-in mechanisms. First, ex ante, using lock-in mechanisms should be subject to stricter deliberation procedures, which should bring into account the interests of future generations. Second, ex post, lock-in structures should be designed with release/break mechanisms. The challenge of designing release/break mechanisms is probably most critical in the case of algorithmic constitutionalization, since the immutability and automatic execution of code, makes our common socio-legal mechanisms of accountability and control (e.g., judicial and parliamentary review, civil disobedience) less effective (Diver, 2021). 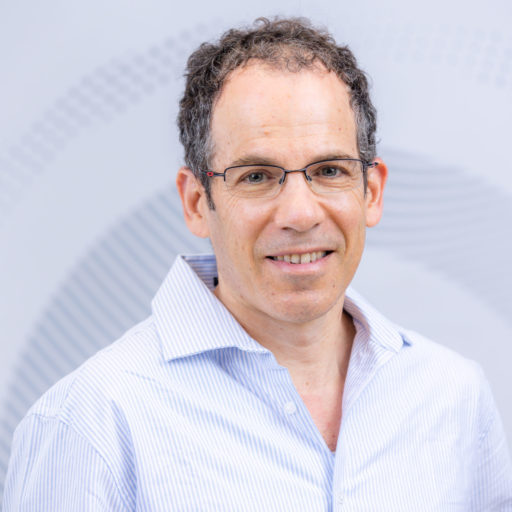 Oren Perez Oren Perez is a Professor of Law and currently Dean of Bar-Ilan University, Faculty of Law. He primarily works in the fields of Environmental and Risk Regulation, Transnational Law, Law and Networks.