Extradition and the Regrettable Influence of Politics upon Law

Recent United Kingdom governments have been particularly critical of facets of European Court of Human Rights (ECtHR) jurisprudence. This has led to calls for the legislation implementing the European Convention on Human Rights 1950 (ECHR) into UK law to be replaced with a British Bill of Rights. More drastically, there have been demands for the relationship between the UK and the ECtHR to be changed. This has included calls for the UK to leave the ECHR. The current Home Secretary, Suella Braverman, repeated that position as recently as October this year. Admittedly, she noted that that was her personal view and not government policy.

Amongst the ECtHR jurisprudence giving rise to political disgruntlement have been judgments on extradition and deportation. Attempts to remove individuals from the UK through one of these avenues have occasionally been frustrated on human rights grounds. The case of Abu Qatata, also known as Omar Othman, is perhaps the most high-profile example. Whilst he was eventually sent to Jordan, that process included a 2012 judgment that held his deportation would violate his right to a fair trial on account of the possible use of torture-tainted evidence, Othman v. UK (2012) 55 EHRR 1.

In the context of the UK government’s ill-disguised hostility to human rights the Grand Chamber on 3 November issued Sanchez-Sanchez v. UK (App.no. 22854/20). The case considered the application of article 3 of the ECHR prohibiting torture and inhuman and degrading treatment and punishment where an accused drug trafficker was sought by way of extradition by the United States where he faced the possibility of an irreducible life sentence of imprisonment.

Providing the background to Sanchez-Sanchez v. UK is an established body of ECtHR case law. It has come to condition extradition practice with human rights protection. That case law has its origins in a proposed extradition from the UK to the US in the late 1980s. The issue then was not the possibility of an irreducible life sentence of imprisonment, but rather the length of time the requested person would likely spend on death-row in the State of Virginia.

That case is the seminal Soering v. UK (1989) 11 EHRR 439. It may be recalled that the ECtHR found that the UK’s responsibility would be engaged were it to extradite Soering in the face of substantial grounds for believing there was a real risk of a violation of his article 3 rights. In the following three decades the ECtHR has expanded and refined the applicable law.

Ironically, Soering v. UK in a sense affected the emergence of the issues at the forefront of Sanchez-Sanchez v. UK. The ban on extradition to a possible death penalty has in turn seemingly led to more frequent mandatory life sentences of imprisonment with such punishment taking the place of execution in certain extradition cases. This follows the governing legislation, the Extradition Act 2003, banning extradition where a death sentence has been or may be imposed unless satisfactory assurances are received providing that it will not be carried out.

The origin of Sanchez-Sanchez v. UK is an April 2018 US extradition request to the UK. It is alleged that the requested person was the joint head of a Mexico-based drug trafficking organisation who supervised distributors of drugs within the US. The four offences he is charged with each carry a possible maximum sentence of life imprisonment.

Leading up to the Grand Chamber judgment were unsuccessful challenges by Sanchez-Sanchez to his extradition in UK courts. At first instance the District Judge rejected the argument that there was a real risk he would be sentenced to life imprisonment without parole. She found that the US judge had discretion in the imposition of any sentence. Whilst there was a real possibility that a sentence of life imprisonment would be given, the judge found that that would not be grossly disproportionate in the circumstances. Significantly, she further held that a life sentence would not be irreducible, with Sanchez-Sanchez being able to apply for a presidential pardon and compassionate release.

On appeal before the English High Court the issue came to centre upon which line of case law should be followed. Ultimately the court relied upon R (Wellington) v. Secretary of State for the Home Department [2008] UKHL 72, a decision of the House of Lords, and not that suggested by the appellant, Trabelsi v. Belgium (2015) 60 EHRR 21. The High Court found that Sanchez-Sanchez’s extradition would not infringe article 3. Notably, it held that in the extradition context article 3 applied in a modified form which took into account the desirability of arrangements for extradition. The appeal was refused. Leave to a further appeal was declined, and an application was made to the ECtHR in June 2020.

The reasoning of the High Court was such that the stage was seemingly set for the ECtHR to consider the important question of whether article 3 was absolute and universal in the extradition context or, instead, applied in a relative and limited manner. Framing this question was the conflict between the ratio in Trabelsi v. Belgium, where the fact that the ill-treatment was inflicted by a non-state party was held to be ‘beside the point’ (at para 116), and R (Wellington) v. Secretary of State for the Home Department, where Lord Hoffman said that a relativist approach to the scope of article 3 seemed ‘essential if extradition is to function’ (at para 27).

Alas, the Grand Chamber fudged the issue. It found that the protection under article 3 remains absolute (at para 99). However, it detached the substantial obligations under article 3 as regards life sentences from their related procedural safeguards. The former centred upon the requested state ascertaining that there existed in the requesting state a sentence review mechanism of a requisite nature. The latter include the requirement that the requested person know at the outset of his sentence what he must do to be considered for release and under what conditions, including when a review will take place or may be sought. Significantly, the Grand Chamber held that only the substantive obligations applied in the extradition context.

The effect of the separation of the substantive and procedural aspects of article 3 and the application of only the former in the extradition context in effect permits relativity. This is because the procedural safeguards exist for the purpose of giving due and proper effect to the substantive obligations. As the Grand Chamber itself said, those safeguards ‘serve in their observance by Contracting States to avoid a breach’ of the article (at para 93). If the procedural safeguards act in such a way for members of the ECHR there is every reason to conclude that they also do so for non-state parties.

Justifying the separation of the substantive and procedural obligations, the Grand Chamber said that the latter ‘would appear to be better suited to a purely domestic context’, and applying them in the extradition context ‘would be an over-extensive interpretation of the responsibility of a Contracting State’. This, it is submitted, is casuistry that acts to undermine the absolute nature of article 3. The approach required Trabelsi v. Belgium to be overruled.

What the Grand Chamber proceeded to do was to re-set the rules pertaining to article 3 in extradition cases where the requested person puts forward the likelihood of a life sentence as a fact barring rendition. The adapted approach has two limbs. Firstly, there is the preliminary question of whether the requested person has adduced evidence capable of proving that there are substantial grounds for believing that, following a conviction, there is a real risk of a sentence of life imprisonment without parole. Secondly, if such evidence has been adduced, it must be ascertained by the requested state whether there is a mechanism of sentence review in the requesting state which considers whether changes in the prisoner are so significant such that continued detention can no longer be justified on legitimate penological grounds (at paras 95-96).

Applying this adapted test to the facts, the Grand Chamber held that Sanchez-Sanchez had not satisfied the preliminary question. As such, it was not necessary for the court to consider the second limb. His extradition would not be in violation of article 3.

There is no doubt that extradition provides acute challenges to the system of human rights protection under the ECHR. On the one hand it does not purport ‘to be a means of requiring the Contracting States to impose Convention standards on other States’ (Soering v. UK at para 86), and yet on the other, the court ‘must inevitably assess the situation in the requesting country’ (Sanchez-Sanchez v. UK at para 85). Compounding the difficulty is the absolute nature of the protection under article 3. This affects the balance that must be made between the two at times conflicting purposes of extradition: inter-state criminal cooperation and the protection of requested persons. These difficult questions must be addressed by the ECtHR in the context of the heightened and politicised profile of extradition and deportation in the UK as a facet of a more general scepticism of the value of supranational human rights scrutiny in certain quarters.

Prominent amongst the arguments the UK government put forward for a change to the system of human rights protection in the country are the perceived limits ECtHR jurisprudence places upon its ability to protect its borders and fight against transnational crime. There is little doubt that this political perception, in the UK and beyond, is well known to judges at the ECtHR. It is accordingly not unreasonable to suggest that Sanchez-Sanchez v. UK is an example of the regrettable influence that national politics can have upon ECtHR jurisprudence. 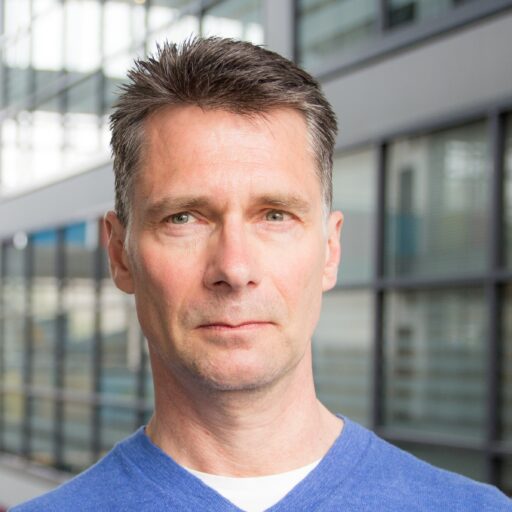