When Should Courts Address Harm to the Future?

The future is omnipresent in today’s political discourse. Science has furnished us the tools to foretell with rapidly growing precision what the next decades and centuries will hold. Moral concern for future beings has developed in a similar direction, with ‘future generations’ now frequently being invoked to support or oppose policy proposals of all sorts. The widening of scientific and moral future horizons has also seeped into legal spheres, where courts increasingly find themselves confronted with intergenerational disputes that centre on the future ramifications of current state activities – climatic disruption, ecosystem failures, or economic meltdowns.

On 30 June 2022, UN Special Rapporteur on Human Rights and the Environment David Boyd announced that the prominent climate lawsuit Duarte Agostinho now rests with the Grand Chamber of the European Court of Human Rights, the highest judicial organ in the European human rights system. Among other things, the youth plaintiffs allege that the 33 respondent governments are failing to protect them from future climate harm. Similar climate lawsuits brought on behalf of future generations are sprawling all around the globe, not least spurred by the German Federal Constitutional Court’s decision of 24 March 2021.

The temporal gulf between the putative manifestation of harm and its legal contestation in court gives rise to thorny questions of standing (who can speak for the future?), the precise content of rights and duties governing cross-temporal relations (what do we legally owe our descendants?), and adequate remedies (how can we make good on intergenerational rights and duties?). All these questions are highly pertinent and have received well-deserved attention in academic and judicial circles alike. I believe there lurks a conceptually prior puzzle, however, that has evaded the radar so far: When may a court legitimately rule over affairs of the future at all? Before thinking about how to resolve such cases, we need to clarify the conditions legitimatising the exercise of judicial authority.

My (necessarily cursory) argument in this blogpost is twofold. First, I argue that it is both useful and conceptually apt to think about legitimate authority as a jurisdictional question. Second, I propose a heuristic condition that justifies the judicial exercise of extratemporal jurisdiction over future events: preserving choice.

When may a court employ its authority to decide a dispute? The reach of judicial power is circumscribed through jurisdictional doctrines that require judges to dismiss cases that do not fall within their institutional remit. Depending on the legal system, such doctrines touch upon the subject-matter of the dispute at hand (material jurisdiction), its territorial link to the seat of the court (territorial jurisdiction), the litigants involved (personal jurisdiction), or the point in time when a given conduct occurred (temporal jurisdiction). A good example of the latter category, for instance, is the International Criminal Court, whose temporal competence is limited to offenses committed after 1 July 2002. Without such guardrails in place, courts would not only be flooded with claims. They would also run the risk of encroaching on other, more democratically legitimised branches of government, or in the case of territorial jurisdiction, other sovereigns altogether. As such, adjudicatory jurisdiction both enables and constrains the exercise of judicial authority.

Most debates focus on the enabling function of jurisdiction. From this point of view, the concept is easily mistaken for a mundane and binary category – a box to be ticked at the early stages of legal proceedings. This perception might partially explain why the extent to which temporal jurisdiction limits judicial power not just over past, but also over future events has been sparsely discussed. In fact, there seems to be a tacit agreement that prospective damage is best addressed at the merits stage through tools such as the precautionary principle. But why are courts the right forum to discuss such issues in the first place? Clearly, jurisdictional regimes tend to be prohibitive in character, allowing for the exercise of adjudicatory authority only where this is foreseen by constitutional or legislative provisions. Following the same logic, the first impulse of a judge approaching a case involving far-future harm should be jurisdictional restraint. As a matter of principle, the judiciary should not engage in speculations about somewhat distant future scenarios – that task is arguably better left to democratically elected legislators and executives, or perhaps to specialised institutions.

Even if the principled extension of jurisdictional reasoning should caution against the judicial resolution of intergenerational conflicts, there are circumstances that justify such considerations to be set aside. To gauge a principled approach to the imposition of such extratemporal jurisdiction, it is helpful to learn from the extensive debates on (extra-)territorial jurisdiction. Bridget Lewis, for instance, suggests that the ‘power or control test’ developed in relation to extraterritoriality could be extended to the protection of future generations, too. Following her reasoning, a court could claim a case if the future rights at stake are subject to the ‘power or control’ of today’s actions and omissions.1) Arguably, parts of this line of argumentation echo in the German Federal Constitutional Court’s famous climate ruling mentioned above.

Lewis’ proposal provides a provocative first array, but it would cast the scope of judicial competence far too wide, in my view. According to the proposed test, almost any state action, however small, could potentially impact upon future rights and conversely authorise court intervention. For example, governments’ blatant failure to step up pandemic preparedness is likely to affect a whole host of rights once the next pandemic hits, but this fact alone seems hardly sufficient to warrant court intervention (at least I am not aware of any court ruling to this effect). Rather than any future rights infringement, I believe, the ultimate concern warranting extratemporal jurisdiction must be the preservation of democratic choice for future people. According to this test, courts should assume competence over cases that credibly threaten basic political rights or undermine the institutional infrastructures enabling democratic decision-making.

Of course, the democratic choices I have in mind are not the ones between different toothpaste brands. Instead, they involve some of the most fundamental principles of public life. What ought the institutional pillars of society look like? Which moral goods, if any, should be promoted by state action? How are political decisions reached and legitimised? These and other questions fall within the purview of constituent power, as constitutional theorist Joel Colón-Ríos, one of the most prolific writers on the subject, incisively argues. Citizens are the ultimate bearers of this constituent power and must retain the ability to rewrite the constitution; consequently, their power does not seize to exist once the fundamental principles of social life have been agreed upon.

It is not difficult to conjure scenarios that may plausibly deprive future generations of their constituent power and diminish their ability to choose from a palette of political options. To return to the example of climate litigation, there is a credible case to be made that some impacts of global warming could work to disenfranchise citizens – a relatively stable earth system is a prerequisite for democracy. Similarly, there is agreement among experts that some applications of advanced artificial intelligence constitute a fundamental threat to democratic principles.

To operationalise the ‘preservation of democratic choice’-criterion, courts would not need to conduct a deep inquiry into the risks at stake in each dispute. Where plaintiffs can plausibly demonstrate the prima facie existence of detrimental effects on democratic choice, there is a strong argument for assuming extratemporal jurisdiction in defiance of jurisdictional orthodoxy. Similarly, the preservation of choice must not necessarily lie at the centre of the dispute – but it could serve to justify whether a court should engage with the case’s substance at all. Nor must the jurisdictional assessment dictate any substantive outcomes at trial. The evidentiary threshold at trial would likely be higher than the jurisdictional one. As a final caveat, the criterion I suggest here could, and perhaps should, be complemented by other criteria.

Ultimately, the precise contours and content of a doctrine of extratemporal jurisdiction must be carved out in much more detail than is attainable within the confines of a blog post. My intention here is merely to demonstrate the conceptual and normative appeal of thinking ‘jurisdictionally’ about the future. Courts can undoubtedly play an important role in confronting uncomfortable intergenerational disputes, but we should reflect more carefully about the stakes involved in delegating such decisions to the judiciary. Indeed, opening a conversation around the appropriate institutional locus for protecting the future is a necessary step if the burgeoning ‘future generations’ talk were to be translated into concrete policy. 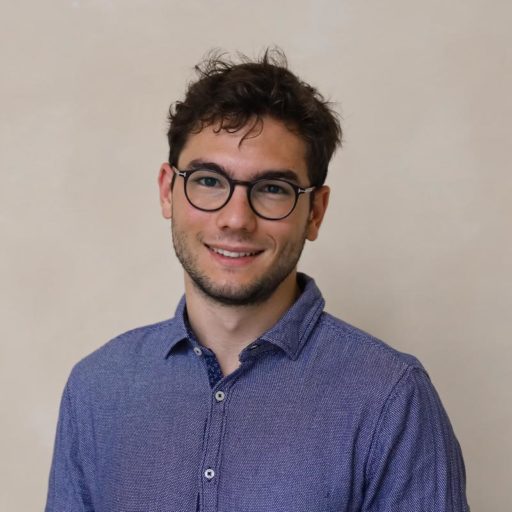