The traffic light coalition’s (Ampelkoalition) draft for electoral reform opens a new chapter in the history of personalized proportional representation in Germany. The story began in London on February 16, 1946 (see Knowles). Representatives of the British occupation administration in Germany and the British government agreed at that time on a new local electoral law for their occupation zone. As part of this new system, one part of the local deputies was to be elected by relative majority in constituencies, the other based on party electoral lists according to the proportional representation of the parties. The conservative British military would have preferred to impose on the Germans the electoral system of the British House of Commons, which they considered to be the perfect implementation of a democratic system. In their eyes, a “genuine” democracy in Germany would only emerge if a close personal bond between the constituents and their deputies was established.

This compromise further influenced the development of electoral law in Germany. In the post-war era, the Christian Democratic Union (CDU) learned to appreciate majority voting in constituencies. In the constituencies, the CDU had a structural advantage over the Social Democratic Party (SPD) , at least in North Rhine-Westphalia (NRW). Thus, the CDU gladly adopted the British occupation officers’ narrative of a “genuinely democratic vote”. The SPD, on the contrary, had been committed to proportional representation since its Erfurt Program of 1891. According to social democratic conviction, the electoral system had to reflect the people’s support for the parties as closely as possible. Based on the imposed local election law (and with some further influence from the British), the parliaments of NRW and Lower Saxony reached a compromise and implemented the electoral system today called “personalized proportional representation” (international electoral theory prefers the term “mixed-member proportional representation”).

The coexistence of personal and proportional representation narratives was unproblematic as long as the German “personalized proportional representation” system worked in practice. That was the case as long as the parties’ mandates roughly corresponded with their proportional share. However, the sharp increase in surplus mandates in the 18th election term and their extensive compensation from the 19th election term onward soon made the need for reform unmistakably clear. To prevent a further increase in the size of the Bundestag, the relation between personal and proportional representation had to be reconsidered. The personal election narrative was exposed as the “lifelong lie of German electoral law” (S. and C. Schönberger, FAZ v. 9.5.2019, p. 6). There was and is, however, no parliamentary majority to be found for the implementation of a genuine personal election system in a “trench electoral system”, as only the Union parties (CDU and the Bavarian CSU) would benefit from it (cf. the calculations by Behnke).

The draft aims to “consistently” implement the fundamental character of proportional representation. One could also say “radically”, as the proposal takes federal electoral law back to its root: proportional representation. Since the new procedure requires a great deal of explanation and communication, the votes are given a new name and a new order: the vote relevant to proportional representation (previously called “second vote”) is to be called the “main vote” and is to be placed first on the ballot paper. It alone will ultimately determine the distribution of seats among the parties. The previous “first vote” will move to second place and be called the “constituency vote”. It is indeed subordinate to the “main vote” because it can only be effective if it is covered by a sufficient share of “main votes”.

It was to be expected that the reform proposal would primarily provoke criticism from the CSU. After all, the CSU reliably wins the majority of constituencies in Bavaria (2021: 45 out of 46) even though their proportional representation is less than 40 percent (2021: 34 %). Consequently, the personal election narrative and its ideal of strengthening the personal bond between voters and MPs is particularly popular with CSU politicians. It is therefore only surprising in terms of the choice of words, but not in substance, that the CSU secretary general accuses the traffic-light coalition of “organized electoral fraud” and puts Germany on a par with “rogue states” (“Schurkenstaaten”) in which directly elected representatives are denied a seat in parliament (FAZ).

The CSU’s polemic is, of course, only plausible if based on the personal election narrative. It does not challenge the reform proposal, which relies consistently on proportional representation. Thus, according to the draft, there are no personal elections that could be falsified and no directly elected deputies who could be denied a seat in parliament. Party candidates who garner the most votes in a constituency are not “elected”, but merely given a better chance of winning a mandate than their rivals. In the constituency, candidates no longer win mandates, but chances for mandates, the final allocation of which is decided solely on the basis of proportional representation. Since the draft elevates proportional representation to the central criterion for the allocation of mandates, the appeal to electoral equality (Wahlgleichheit) also comes to nothing: every constituency winner receives the same chance of winning a mandate. Whether this chance is materialized depends solely on proportional representation, which, therefore, also forms the basis for electoral equality.

The draft law abolishes personal election. There are (in principle) no more directly elected members of parliament, but only constituency candidates who – if they have sufficient “main vote coverage” – are given priority in the allocation of mandates. The radically honest draft could even have been a little more honest and could have dispensed entirely with the term “election in the constituencies” (still in section 1 (2) sentence 2). The „election“ in the constituency is not a mandate-providing election in the narrower sense, but rather a preselection in the competition for mandates.

The fact that the draft did not completely give up the phrase “election in the constituencies” is probably due to some personal election relics. For example, the draft retains the “basic mandate clause” (Grundmandatsklausel) as an exception to the five-percent threshold (section 4 (2) number 2). This is hardly plausible in view of its understandable skepticism toward the significance of constituency results. Those who want to abandon the personal election system can hardly argue that a win by relative majority in three constituencies justifies considering the party in the distribution of seats according to proportional representation, in which, due to its poor performance in the main vote, the party would not have participated. The retention of the “basic mandate clause” can only be understood as a compromise offer to the parliamentary group DIE LINKE, which depends on the clause for its very existence.

The other remnant of the personal electoral narrative in the draft is due to the Federal Constitutional Court, which in 1976 declared the “possibility to nominate electoral candidates” a “core element of the citizen’s right to active participation in the election”. It would be incompatible with that right for only political parties to be able to nominate their candidates. Thus, the reformers feel compelled to adhere to the candidacy of candidates not bound to political parties in the constituencies and to provide them directly with a mandate in the (highly improbable) event of their election (section 6(2)). The fact that the election of candidates with no party affiliation has no place in a genuine proportional representation system reveals the questionable premise of the Federal Constitutional Court’s decision. The nomination of candidates without party affiliation is only plausible in a system with a personal election element. The electoral system, however – as the same Court has consistently ruled – is subject to the political disposition of the legislature.

In view of the practical irrelevance of independent candidacies (no independent candidate has ever gained a seat in the Bundestag), it may be understandable that the draft did not want to expose itself to criticism by abolishing it. On the other hand, this remnant of the personal election system gives rise to a daring thought experiment: What happens if, for example, the CSU, in order to escape the capping of constituency mandates due to the “main vote coverage” principle, nominates its candidates as independent ones? The party membership alone does not make candidates party candidates; even a placement on the party list would not attribute their candidacy in the constituency to the party. For a comparable situation under the current electoral law, the objection of abuse of rights could be considered (Wolf, in: Schreiber, BWahlG, section 20 para. 18). However, a reform legislator should not take the chance.

The draft delivers what it promises, it guarantees party proportional representation – i.e. it is “fair” according to the proportional representation narrative – and also ensures that the number of MPs does not exceed 598 (with two insignificant exceptions). In view of their skepticism about the personal election by relative majority, one wonders however why the reformers did not completely abandon the election in the constituencies. Even though it will only be a preselection, constituency voting nevertheless shapes the overall system and, above all, electoral practice and campaigning. The principle of “main vote coverage” also leads to constituencies that are not “represented” by any MP. This will not be without criticism among the electorate, because the “Personenwahl” narrative of close ties between the electorate and the MPs is not as easy to abandon as the personal election itself. It will take a great deal of explanation and education to convey the rationale of the new electoral law (and knowledge of the electoral system was already poor).

From a systematic viewpoint, it would be more consistent to abandon (single member) constituencies altogether. On the other hand, their importance for the German democratic system as a whole must not be overlooked. Their virtue does not lie in the personal ties – more claimed than proven – between deputies and voters, nor in regional representation, which all MPs can ensure (not only the directly elected). Rather, the nomination of constituency candidates strengthens the democratic structures within the parties. It gives the lower levels of the parties a leading role in preparing the elections, which the party elites cannot (easily) interfere with. Section 21 of the Federal Electoral Act, which regulates the nomination of constituency candidates in meetings of party members or delegates, is probably of greater relevance to the bottom-up structure of the parties than some provisions of the Political Parties Act (PartG). By electing candidates locally, the central role of parties in the democratic process can be experienced in a low-threshold manner, not only by party members but also by the interested local public. Of course, there are other ways to involve the party base in the electoral process, such as multi-candidate constituencies or regionally structured electoral lists. Given the long tradition of single-member constituencies, however, it is understandable that the draft denied itself an even more radical step. The first experience with the reformed electoral law, should it find a majority, will be gained as early as 2025. After that, it will become clear whether the constituencies have a future in their current form. One thing is already certain: the narrative of personal elections will be a thing of the past if the draft is adopted.

This is the English version of the article “Abschied von der Personenwahl”, which was published on 17 January 2023. All translations by the authors. 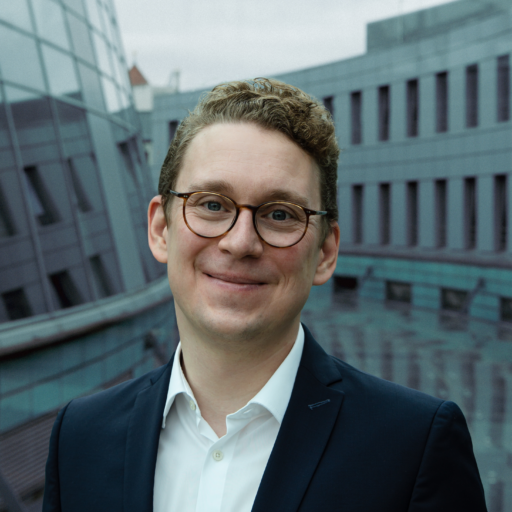 Fabian Michl Fabian Michl is a Junior Professor for Public Law and the Law of Politics at the University of Leipzig. (Photo: Florentin Immel) Johanna Mittrop Johanna Mittrop is a research assistant at the Junior Professorship for Constitutional and Administrative Law with a focus on the Law of Politics (Jun.-Prof. Dr. Fabian Michl) at the University of Leipzig." (Photo: Anna Siebenhaar)

Other posts about this region:
Germany 1 comment Join the discussion
pixel_not_set
Go to Top