How it works and why it (sometimes) fails

Corruption in Germany is not only a matter of prevention and prosecution. Since two legislative reforms in 1997 and 2015, it is even officially „combated”. In this combat, criminal law serves as the primary tool of choice. Not surprisingly, after the so called „corona mask affair”, which was perceived as political corruption, the legislature has further tightened criminal law: the range of punishments for bribery of elected officials was increased and brought into line with those for bribery of judges. But apart from the truism that merely tightening the penal framework is useless anyway: effectively curbing corruption by criminal law means looks different. This blog post argues that some deficits in criminal law are to be found not on the level of law in action, but in the law in the books.

Prosecuting corruption under criminal law has the potential to prevent future corruption – and therefore, in principle, is a good idea. Yet, its implementation fails all too often. There are two reasons for this: poor law and inadequate law enforcement.

The latter is a regular source of failure for anti-corruption measures under criminal law in states affected by state capture: Even the law on paper, which meets the gold standards in the global battle against corruption (OECD Convention, UNCAC, etc.), is of little help if a president staffs the ministries, police, public prosecutor’s office, election supervisory authority, and the „independent“ anti-corruption authority with corrupt minions; development funds aiming to improve anti-corruption prosecution then just fizzle out or, in the worst case, end up in bank accounts via letterbox companies (and may, at some later point, pop up in reports on global leaks).

Fortunately, Germany does not have this problem; its prosecutors are willing, capable, and institutionally well organized. It is rather at the level of the law on paper that problems arise. This will be explained in a moment, but first a few remarks on legal doctrine.

Peter Eigen, co-founder of Transparency International, puts the problem in a nutshell: „Corruption aims at wrong decisions making“. We, as criminal lawyers, refrain from a catch-all definition of corruption, as it is used (meanwhile) by Transparency International („abuse of entrusted power for private gain“) or by the current Pope (Bergoglio, Corruption and Sin, 2014), in order to morally brand unethical behavior of all kinds (theft, extortion, embezzlement, prostitution, etc.). For us criminal lawyers, the corruption discourse is – only – about bribery, acceptance of benefits and closely related matters. At its core, the injustice of corruption understood in this way consists in buying or selling a wrong decision.

Sufficiently specific anti-corruption rules or criminal offenses against bribery and the acceptance of advantages therefore presuppose clear upstream rules on correct decision-making – which include not only substantive law (such as the cardinal rule of public procurement law: the most economical bidder is awarded the contract) but also procedural rules on obligations of neutrality and possible bias. In other words, the criminal law on corruption is necessarily linked to other rules beyond criminal law.

It is therefore no wonder that corruption offenses in the German Criminal Code refer more or less explicitly to non-criminal regulations: Section 108e (corruption of members of parliament) cites the constitutional freedom of mandate (prohibition of acting „by orders or instructions“) and refers to party donation law with regard to the legality of accepting benefits; Sections 332, 334 (corruption of public officials) deal with „breaches of official duty“ to be determined outside of criminal law, the sports corruption norms (Sections 265c ff. ) refer to the rules and regulations of sports federations, etc. Problems in the application of criminal law on corruption therefore in many cases revolve around the correct interpretation of non-criminal law norms; the legal focus thus lays on, for example, the interpretation of the sponsoring provision in the School Act of the German state of Thuringia, questions of competence under association law for the enactment of soccer rules, or the understanding of the concept of service provider in the German Social Security Cocde V (in the case of bribery of doctors under § 299b StGB).

Now to the problem: Like in other jurisdictions, there are criminal policy deficits in Germany regarding the punishment of corruption, the roots of which are to be found directly in the Criminal Code (or its incompleteness). A particular problem is the constellation in which the (corrupt) linkage between advantage and decision-making activity is expressly prohibited by law, but the violation is not subject to the thematically „fitting“ provision in the Criminal Code because the latter is too narrowly defined. All too often in this constellation, the remaining disciplinary or professional sanction options remain toothless and ineffective.

Some examples: Physicians prescribe significantly more frequently drugs of those drug manufacturers who give the physicians certain advantages – without a concrete agreement but with the intention of influencing them. In some cases, for instance, this is disguised as a fee paid by the drug manufacturer for an “observational study”; although prohibited by codes of professional conduct, this case does not fall under the scope of criminal law (§§ 299a, 299b StGB). Even more drastic: If the physician sells a life-or-death triage decision to the highest bidder, he also goes unpunished in this case – despite the fact that his conduct is contrary to professional ethics.

Similar deficits exist in particular in the area of political corruption: Although the recently enacted rules of conduct for members of the German Parliament prohibit the acceptance of benefits „which are recognizably granted because the interests of the donor are expected to be represented and enforced in the Parliament“ as well as the „acceptance of monetary donations which are to remain with the member“ (Section 44a (2) AbgG, new version), violations against these provisions are not punishable. This is because, according to the prevailing understanding of the „by orders or instructions“ requirement in the criminal offense of “taking of bribes by and giving of bribes to elected officials”. The person receiving the bribe can escape punishment by claiming that he or she did not (only) work for the sake of money, but (also) out of political conviction for the interests of the patron. In addition, violations of the rules on dealing with illegal party donations are not covered by the deliberately narrowly defined criminal provision § 31d PartG . Finally, the lack of criminal sanctions for violations of transparency obligations and the prohibition of paid representation of interests on behalf of third parties are equally problematic; their punishment as a mere administrative offence (under the new Lobby Register Act) or the parliamentary sanction under Section 51 of the AbgG (new version) by means of an „admonition“ (in „less serious cases“) or by an „administrative fine“ (which, after multiple hearings takes the form of an „administrative act“; „if desired“, “instalment payment” is also possible) are not exactly how one would imagine an effective fight against corruption.

Yet, there are ways to address the deficits described. This requires, however, first and foremost political courage and will. The fact that both have been lacking in the past (in Germany) was presumably due to lobbying influence and the fear of loss of the business-oriented parties. This leads to another – and larger – problem when fighting corruption with criminal law: the lack of clear rules on politically correct decision-making. Criminal law, which depends on definitions outside criminal law (see above) is then powerless from the outset. A prime example is the notoriously half-hearted regulation of legally permissible party financing, i.e. a proper and practicable demarcation between permissible ways of influencing politics with money and prohibited political corruption. Even selling talking time with a minister (or prime minister) is considered a permissible form of party sponsoring in Germany. Although the corrupt nature of such a transaction is obvious, the legislative action in this regard has been as little as it has been fruitless.

The problem, however, is of global nature: even those African states, which are a role model in terms of anti-corruption law on paper, do not have any significant law on party financing. At least this problem indicates which subject matter could be a field of activity for future supranational anti-corruption efforts.

Finally, a suggestion (also) for Germany. The party “Die PARTEI” is right in its approach: political corruption must remain affordable! One step toward seriously combating political corruption would be to limit the authority to donate to political parties, not only in terms of the amount of the donation, but also to allow (and enforce this by means of criminal law) only those to donate who are eligible to vote: one (wo)man, one vote, one donation. Legal entities – i.e., business enterprises – should be prohibited from donating to and sponsoring political parties. Money would no longer play a role – at least as a tool of political decision-making (for instance regarding the question of reducing the VAT on overnight stays in hotels). The wide spread assertion that freedom of opinion of the business enterprises and – federations stands in the way of the prohibition of acceptance of donations by legal entities, cannot be grounded in relevant constitutional court decisions (in particular BVerfGE 52, 63 and 85, 264). And the unpleasant consequences that the super PAC decisions of the U.S. Supreme Court from 2010, which deviate from the proposal here, can have on the political culture of a consolidated democracy are now generally known. 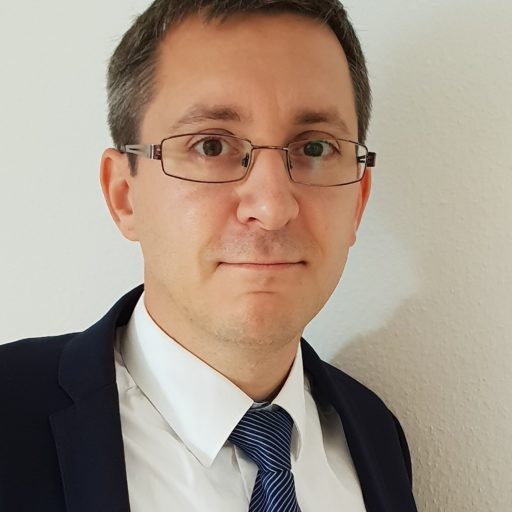 Other posts about this region:
Germany 1 comment Join the discussion