For Central Europe’s Illiberal Democracies, the Worst is yet to Come

Next week the Polish parliament will most likely pass a bill sponsored by the ruling Law and Justice party, introducing a total overhaul of the country’s judicial system. The tenures of all judges sitting on the Supreme Court, Poland’s highest judicial instance, will be immediately expired, while their successors will be installed by the justice minister. In other words, the members of the last judicial body standing in the way of Law and Justice eradicating tripartite division of powers and court independence will now be appointed by a politically tainted minister.

The reform is just another of many episodes in the Law and Justice’s long-standing conflict with Poland’s judiciary system and a violation of the rule of law. Practically since the day of the party’s all-out parliamentary victory in October 2015, Jaroslaw Kaczynski, the PiS chairman and de facto the country’s highest authority, has declared a crusade against Polish courts and judges. Labelling them a caste, a clique held together by a network of close-knit, corrupted links, Kaczynski saw them as a relic of the past, a residue of the post-communist realm, ill-suited to – and standing in the way of – his grand project of a new, mighty, great Poland. Already in 2006, during his previous attempt at ruling the country, the PiS chairman, doctor of law himself, accused the courts of getting in the way of his reform plans – this time, no opposition was to be tolerated. And, one must admit, he wasted no time in his offensive. Soon after assuming power, PiS dismantled the Constitutional Tribunal, a body tasked with examining the compliance of the laws with the constitution. For that to happen, Kaczynski used president Duda, who by setting a precedent in the country’s democratic record, refused to swear in previously elected judges to the Tribunal and instead allowed PiS to install their own candidates. The move triggered a wave of international controversies and domestic upheaval – the opposition took  to the streets in defence of the tribunal, while the European Union launched a probe into the violation of the rule of law principle. PiS, meanwhile, continued to claim that the legitimacy the party gained in general elections gave them the right to purge one of the country’s most important courts.

However dramatic these moves might seem, the worst of the possible consequences stemming from Kaczynski’s conflict with the judiciary lies beyond the news headlines and acts of civil disobedience. The PiS leader is not only aiming to completely reshuffle the personal composition of the courts. His true enemy is the very principle of the rule of law – which once eradicated from the public sphere, could be very difficult, if not impossible, to be reintroduced.

The argument put forward by Poland’s incumbent party lies on the assumption that rule of law is merely a disputable term, pertaining to the liberal, eurocratic propaganda of Brussels and the likes, which Poland – as a sovereign country – does not need to obey. And even though it is indeed a complex phenomenon, rich with definitional disputes, its significance reaches well beyond legal frameworks and codes. As aptly observed by the legal philosopher Joseph Raz, rule of law is not just merely a virtue. It is a necessary condition for the law to be serving any good purpose at all. That is the case because it guarantees that the incumbent, independent of the kind of executive action it performs, is constrained by a set of fixed rules which are, most importantly, created beforehand and known to the public. In other words, the key role of the rule of law is to ensure predictability in the actions of the power holder – that these will not violate the rules known to society, while the laws it introduces will not be retroactive. When such a modality occurs, Raz argues (and many other thinkers agree), the citizen is able to plan its prospective actions in society on the basis of known set of rules and behaviours – binding himself inasmuch as the government.

However, the rule of law performs other functions as well, which Jaroslaw Kaczynski, like his illiberal partner in crime, Hungary’s Viktor Orbàn, either deliberately bypasses or remains unaware of. Rule of law might mean something completely different for legal professionals and for ordinary people, but remains equally important for both. Apart from ensuring predictability of the incumbent, it also prevents the latter’s arbitrary use of power – a crucial element in ensuring stable state-society relations. One crucial area where the arbitrary use of power is particularly damaging to social trust is the independence of the judiciary. The ideal of the rule of law stipulates that the courts are required to be subject only and exclusively to the law. In reality, this is a complex ideal often fulfilled only in part, but where it is undermined or absent, it is hard to expect the citizens to obey the rulings and adhere to the principles of law.

Eventually, the rule of law is an important component fostering trust towards state institutions – a commodity highly deficient in post-transitional countries such as Poland or Hungary. It guarantees the law in a given community can be understood, predicted and therefore relied upon, so the citizens can be guided by it in their everyday actions. For that to take place, equality before the law is necessary. As banal as it sounds, rule of law guarantees an equal status in court to both citizens and the power holders. Most of all, however, it stipulates that actions not authorised by law cannot be seen as act of the incumbent as incumbent, because, at least in theory, that would be without legal effect and unlawful. No surprise, therefore, that Central Europe’s illiberals are so keen to avoid rule of law by all means possible.

Given the paralysis of the Constitutional Tribunal and, the Supreme Court remained the last fortress of judicial independence. PiS already fought battles against it – over a month ago, following a lengthy inquiry, the court decided that Andrzej Duda, the country’s sitting president who won the post as Law and Justice candidate two years ago, did not have the authority to pardon Mariusz Kaminski, current cabinet minister in charge of secret services oversight, who had been accused on overstepping his competences during the party’s previous stay in power in the years 2005-2007. Duda pardoned him on November 18, 2015, days before Kaminski’s appointment into the new Law and Justice government and after he filed an appeal to the case. In other words, the president pardoned a person that was not yet convicted through a legal and binding court ruling.

President Duda and the PiS government vigorously opposed the ruling. Beata Mazurek, the party’s spokesperson, went as far as telling the press that Poland needs „democracy, not judge-cracy”, which shows clearly that the party is not going to back down. And despite the fact that lawyers and legal experts continue to argue whether Duda’s act of pardoning constituted a violation of the constitution or was simply an act of no account,  irreversible damage has already been done. PiS’s actions such as paralysing the constitutional court or using the privilege of pardon unlawfully for purely political reasons send a clear message to the public – that the law does not really matter, at least not to those in power. As a result, the credibility and respect for the very institution of law shrinks drastically. Bartosz Weglarczyk, one of Poland’s most recognisable journalists, accurately summed up the whole conflict in his tweet: „if the president is allowed to question the decisions of the Supreme Court, why can’t I do the same?”. For a country to which rule of law was brought only in 1989, as a completely alien concept and it has not yet taken solid root, such disrespect for the law can be extremely detrimental.

Violation of the rule of law can take  two forms. It might lead to a feeling of uncertainty among citizens – as it brings about the unpredictability of the incumbent’s actions – and it might trigger social frustration and failed expectations. Although neither of these results is desirable, the latter is much more detrimental in its consequences. Citizens, frustrated and disappointed that the law remains merely a disputable concept, open to radically different interpretations, will begin to live around it – just like they did under communist rule. Before the democratic transition, it was common in Poland, or any other country of the Eastern Bloc, to perceive law as all-encompassing inasmuch as abstract. People made their ways around it, largely through networks of mutual favours and grey-zone exchange of goods. Procedure signified nothing else but an opportunity to go around it. With PiS bypassing rule of law and nullifying the independence of the judiciary, living around the law might soon become again the prime demeanour for survival.

Sadly, however, history does not end with PiS or Orbàn’s Fidesz in power. It will continue beyond the rule of the illiberals – and perhaps this is where the greatest danger lies. Their time in power will at some point come to an end. And whoever takes their place, will be able to kick an open door. With a paralysed Constitutional Tribunal, discredited judiciary and eradicated rule of law,  authoritarian governance is that much closer. It is hard to imagine that any political actor would refuse to take advantage at least partially of such favourable conditions.

The rule of law takes a long time to root. It plays, however, a key role in deepening democracy and fostering trust towards state institutions. That is why bypassing it and ignoring its impact on social cohesion will likely bring about catastrophic consequences for several terms to come. Trust in post-transitional societies is extremely hard to acquire. Whatever has been gained since the region’s 1989 transition, is about to be lost. For Poland and Hungary, the worst, in fact, might still be yet to come. 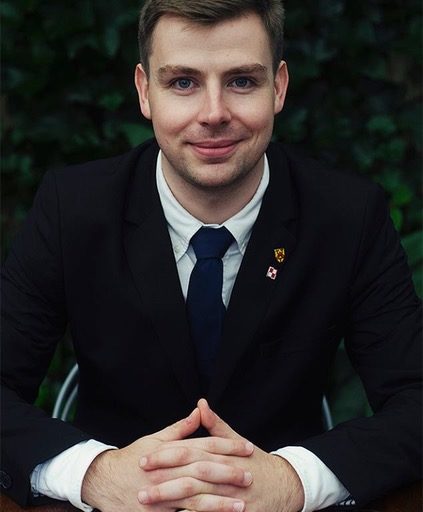